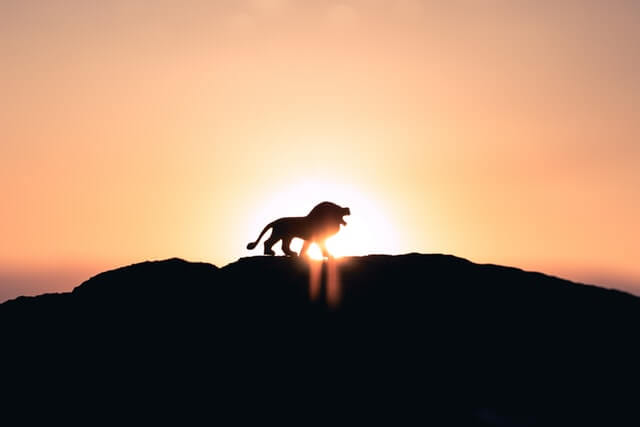 Lions are the largest cats in Africa and are at the top of their food chain. They primarily live in the savannah, where they have undergone various adaptations to survive in this environment. For this reason, they are not hunted by other animals, but other predators may kill them.

So, what are the principal lion adaptations that helped them sustain in such a tough environment?

Lions have various physical and behavioral adaptations that help defend themselves and even get food. The key lion adaptations include shart teeth and claws, camouflaging fur, night vision, sharp sense of smell, manes, roar, and life in pride. Many of these adaptations have happened over the last thousands of years to ensure that lions can survive in the harsh environments in which they live.

Let’s talk in more detail about physical adaptations that the lions possess and that help them survive in environments surrounded by various predators.

Since lions are carnivorous, they need sharp teeth to kill and feed on their prey. This adaptation helps them tear into the flesh of any animal they intend on killing. Most of the time, lions pierce into the neck of their prey to kill them, while other times, they break their backbone.

All of this is made possible by their sharp teeth. They also use them when they fight with other animals that may not be a prey, such as the African wild dog or even hyenas. It enables them to fight them off and, in many instances, kill their enemies.

This is another adaptation that is useful when lions want to kill their prey. They use the claws to dig into the flesh of their game, allowing them to keep it steady enough to bite into their flesh. The sharp nails are also valuable for tearing through the flesh of an animal which makes it bleed and eventually slows it down enough to allow the lion to kill it.

Lions also use sharp claws to attack and fight off their enemies. This can be other male lions or animals that may want to steal their food, such as hyenas.

The claws are also helpful when climbing trees since it provides a tight grip on the surface. Lions climb trees to enable them to better view their surroundings and whether there is prey around.

Lions have brown to tan fur color that is another adaptation that allows them to survive their surroundings. Since they live in the savannah grasslands of Africa, this color helps them blend into the environment, which hides them from their prey and other enemies.

This camouflage adaptation is essential since it allows them to have the element of surprise on other animals. In addition, it is an important quality that helps them remain at the top of their food chain.

While lions hunt during the day, there are instances when they may hunt at night, especially if they didn’t have much luck in the day. They have excellent vision at night that allows them to see their prey from a distance and attack them without their knowledge.

Lions climb trees at night, and together with their powerful night vision, they can view game in the dark. They can then launch an attack on unsuspecting animals, killing them instantly.

Being the largest cat in Africa, lions are also the strongest, and most of this lies in their powerful paws. They have large feet that carry their bodies’ weight adequately and come in handy when pouncing on prey.

Their paws are steady, allowing them to have a strong grip on the ground when running towards their target. They rely on their paws to grab the animal by the neck, pulling it down, so they can take a bite from their neck.

This also comes in handy when fighting with other animals that are not prey since they can weigh them down.

Lions have an acute sense of smell that allows them to smell prey from a distance away. This will enable them to get close to their prey before starting the chase.

Lions usually hide in the grass that camouflages them until they are ready to attack. Their good sense of smell also comes in handy in sensing any enemies before they have a chance to attack them.

A lion’s mane is its pride, and while it was thought that it is genetic for long, certain environmental factors lead to the growth of a large or small mane. Lions living in areas with scorching desert climates are more likely to have smaller manes.

Lionesses are most likely to follow and mate with lions with large manes compared to the smaller ones. It is less likely that a lion with a small mane can be the leader of a pride of lions, so it is a necessary adaptation.

Besides that, large manes serve as a protective neck shield when fighting other predators.

These are changes in their way of life that enable them to live in their environment.

Most people only know about a lion’s roar as a way of communicating with other animals. However, lions, just like cats, produce different sounds that express different things.

For example, they can make a low hum and puff when relaxed and playfully approach other lions. While you may only know of male lions roaring, females too roar to warn other animals when they get too close to their cubs.

They also do this when they want help from other lions to fight off enemies such as strange male lions or other animals. Males may roar to establish dominance and show their strength.

Lions live in groups. A group of lions is called pride that consists of two to forty lions, with females being more than the males. When it is almost time to give birth, lionesses exclude themselves from the pride and stay away for about eight weeks after giving birth.

If there are more than one female nursing cubs, they may form a group for their young ones and take care of each other’s cubs. Usually, mothers stay with their cubs until they are about one year old.

This, however, may change when there isn’t enough food when they may abandon their young and move with the rest of the pride.

Some lion prides take advantage of the darkness and their excellent night vision to hunt at night when it is cool, and they can camouflage in the dark. They will usually hunt in groups for the whole pride to increase their chances of catching large prey enough for their entire group.

Unlike cats like cheetahs, lions cannot run fast for long distances, so they may hunt at night. They have all the advantages at night, so they don’t have to run for a while; they can use rely on their adaptations to hunt prey.

In Conclusion – What Are The Lion Adaptations

Lions have come a long way in adapting to their surroundings which has helped them survive this long in the savannah. Besides physical and behavioral adaptations, lions also teach their young how to stay in the wild. For example, while they are still a few months old, mothers teach their cubs how to hunt prey.

They do this by following their mothers when hunting small animals. This allows the young ones to survive even when they are abandoned by their mothers if there isn’t enough food.

However, they don’t become experts at hunting until they reach two to three years old. This is usually when they are forced out of their mother’s pride to look for their own.

There you go, these are the main lion adaptations that they have acquired thousands of years ago. As life on the planet is evolving every day, it wouldn’t be a surprise if lions adopt some additional adjustments in their physical and behavioral lifestyle and even more strengthen their position in the African environment.

Related: How High Can a Lion Jump?