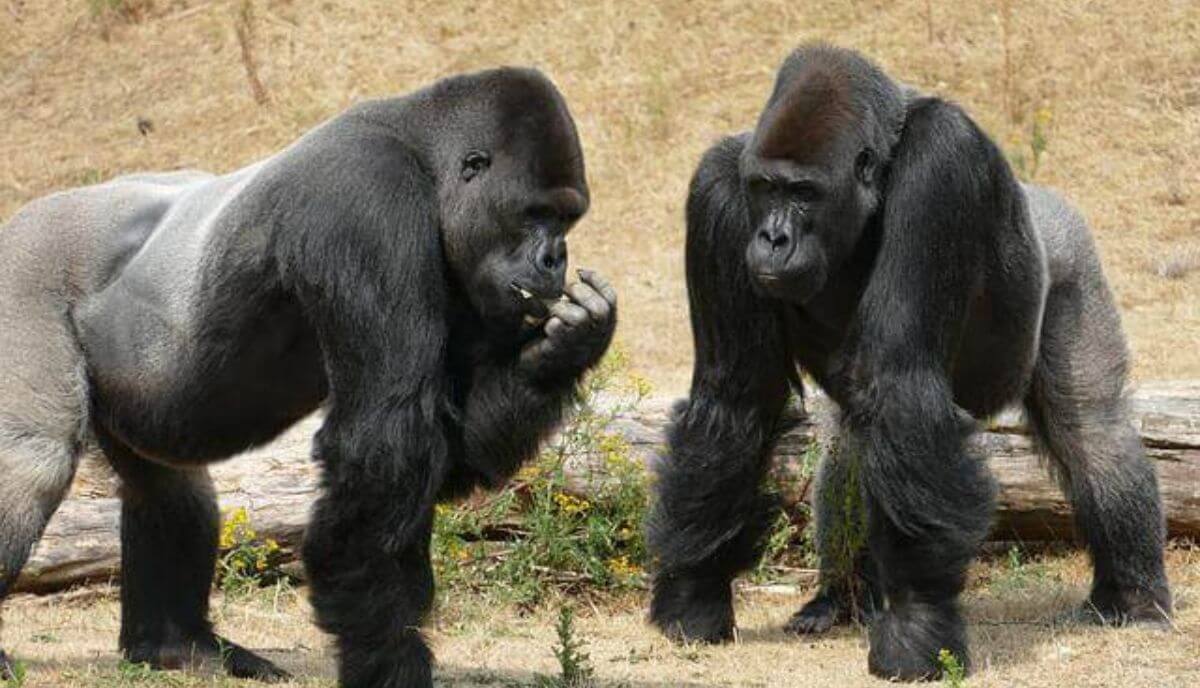 Apes are amazing animals whose existence dates back millions of years. Compared to their close relatives—the monkeys—apes are far more intelligent and adept at survival.

Apes possess a lot of attributes that allow them to survive and reproduce in different environments. Besides intelligence, one of the important attributes they have is strength.

But which ape is the strongest?

By weighing up to 440 pounds, gorillas are the largest and, at the same time, the strongest apes on the planet. The western lowland gorilla, in particular, has a bite force of 1,300 PSI and can lift ten times its body weight. They are (pound for pound) among the strongest animals in the world.

The rest of this article will help to explain several reasons that make these primates the world’s strongest. It would also highlight their sizes, skills, abilities, and defense mechanisms, along with other interesting facts.

In descending order, the strongest apes in the world are: 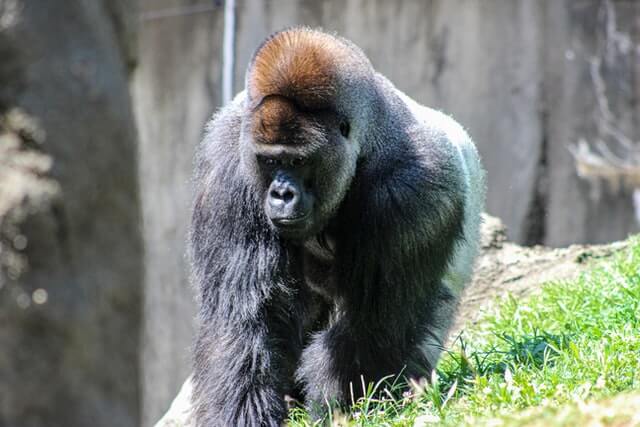 What if I told you that gorillas are primarily herbivorous animals? Not what you were expecting, right? These ground-dwelling animals are undoubtedly the strongest members of the ape family.

In addition to being the strongest apes, the highly-intelligent gorillas are also the biggest. These apes weigh 374 pounds on average, and their strength definitely compliments their size.

Although most ground-dwelling apes do this, one of the reasons why gorillas develop their muscles is due to quadrupedal locomotion. They walk, climb trees, and sometimes swing from branches using all of their limbs. By doing so, their muscles receive an enormous amount of exercise daily.

Adult gorillas can consume up to 45 lbs of food in a day, so they are constantly on the lookout for food. They spend around fourteen hours a day eating and foraging.

Because they do this virtually all their lives, gorillas have a unique muscle distribution that gives them immense strength. Their sturdy joints allow them to attain stable movements, and their hind legs have developed to support their weight and propel the giant apes.

In fact, gorillas have been recorded to be able to weightlift roughly 1,200 pounds — three times their weight! They also have an impressive bite force of about 1,300 PSI (pounds per square inch).

Taking all into consideration, it’s easy to understand why gorillas are the strongest apes.

However, despite being super powerful creatures, gorillas are rather friendly animals. They live in groups that gather food together, raise their young, look for shelter and protect each other from threats. These groups are called troops and can consist of five to thirty members.

Troops are led by a dominant male gorilla who decides where they would look for food, eat, and rest and is responsible for the group’s safety. Sometimes a young male from another troop would challenge the leader, resulting in a fight.

The conflict is usually just a display of strength and intimidation of the opponent by chest beating, stomping, and loud hooting.

On rare occasions, when they do engage in a physical confrontation, gorillas would use their arms and canine to hurt the opponent. In some cases, the fight can have a deadly outcome. 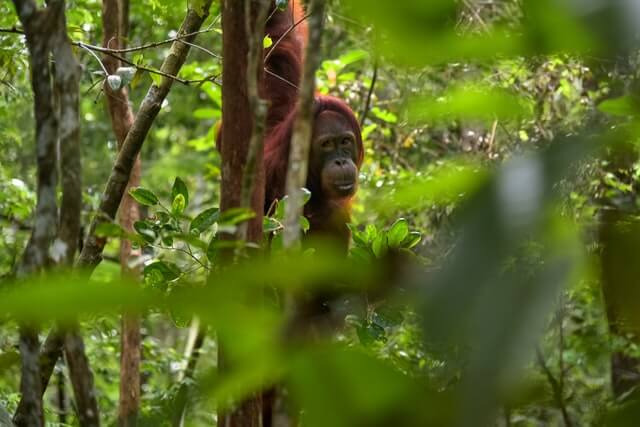 Orangutans spend most of their time in trees, and they are the largest arboreal animals in the world. An adult male can stand up to 6 feet in height. The moment you set your eyes upon an orangutan, you will be able to identify it.

Additionally, they are popularly known for their red fur and gentle nature. Interestingly, these apes share up to 96.4% of the same DNA as humans.

However, when it comes to strength, these powerful apes significantly outclass us.

It is estimated that the weakest orangutans are up to seven times stronger than humans. These red-haired creatures can easily lift about 500lbs — three times their body weight.

Weighing an average of 200 lbs, orangutans are strong animals. Their powerful jaws can generate a force of up to 575 PSI. This figure is impressive, taking the fact that lions roughly have the same bite force into account. They also have a remarkable grip strength of about 600 pounds and an arm span of 8 feet. 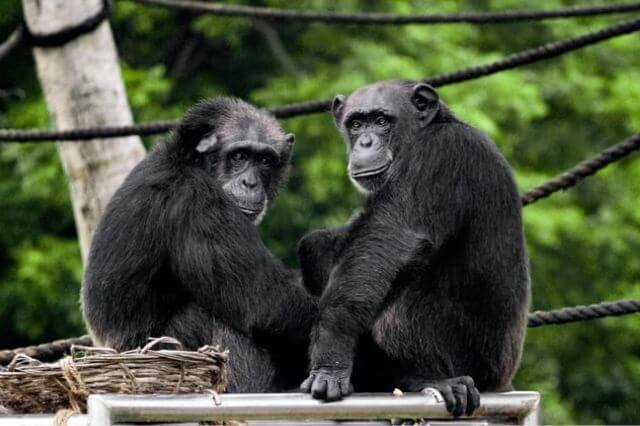 Of all the apes on this list, chimpanzees are one of the most interesting. For one, these apes are even closer to humans than orangutans. They also vary in size, depending on various factors like age, habitat, and sex.

The males tend to weigh a bit more than their female counterparts. When erect, chimpanzees are between 3-5 feet in height. Typically, they weigh between 70-130lbs. As you may already expect, their strength far surpasses that of humans.

According to Alan Walker, an evolutionary biologist, these chimps are almost four times as strong as homo sapiens. Their muscle fibers are more developed than other animals, which is a huge factor behind their intimidating strength.

Also, unlike other humans, they can produce about 1.35 times more power than humans — and that’s when they’re not even trying hard. Interestingly, chimps have the most intense bite force out of all primates, alongside gorillas, clocking 1,300 PSI per bite.

A former circus ape named Suzette is an example of a chimp that has indeed turned heads, and that’s because this chimp was able to weightlift about 1,260 lbs.

Judging from all those crazy features, it’s easy to understand why they’re number 3 on this list of most powerful apes. 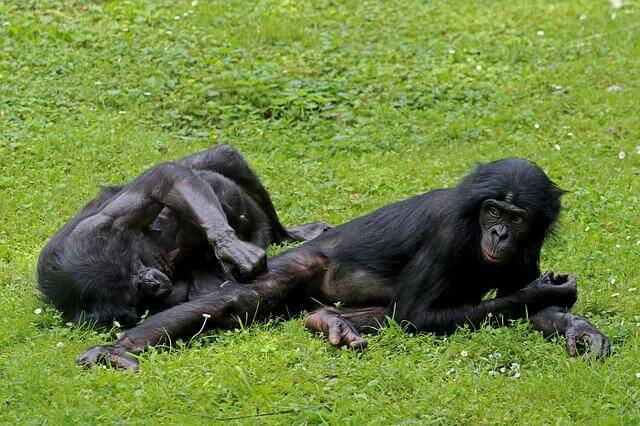 The bonobos are the only endangered ape species on this list. However, there’s no disputing one fact; they’re extremely strong. They are the closest relatives of the chimpanzee. You can identify one by noting their long legs, pink lips, and dark-colored faces.

Interestingly, many zoologists initially thought bonobos to be a subspecies of the common chimpanzee. Like the chimpanzees, these docile and friendly primates also weigh 70-130lbs.

However, these apes are roughly 4 feet tall, which is significantly shorter than most other primates. But don’t let that fool you. Bonobos can take you in a fight and win effortlessly.

Bonobos can jump one-third higher than a top-level human athlete, and they can also generate nearly two times more force than an average person. In addition, bonobos have far denser contractile muscle fibers than other primates.

According to a National Library of Medicine study, “Untrained bonobos of various sex and age easily outperform even highly-trained humans.”

Despite their strength and physical capabilities, bonobos are not violent animals; in fact, they are considered one of the kindest primates in the world.

Interestingly, bonobos are also famous for their sexuality. Sex plays an important role in their society. It is estimated that up to 75% of their sexual activity is purely for pleasure. 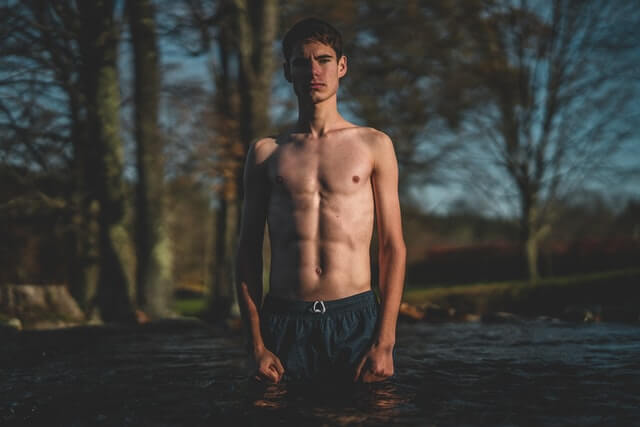 Ah yes, humans. We are the most intelligent but weakest of all apes on the planet. However, we’re also the most widely spread primates.

Compared to great apes like orangutans and gorillas, that’s a tiny figure.

Not surprisingly, we’re also the most social apes on this list. If you critically analyze human behavior, you’d realize that humans before us created social norms, values, and rituals that uphold human society.

We are omnivores that use advanced tools for hunting, so we don’t require nearly as much strength as the other primates on this list.

When was the last time you saw humans manually using physical strength to hunt down and kill animals like cows? Think about it.

Our bite force is also not very impressive when compared to other primates on this list, as it is only about 162 PSI. How do you think that compares to the orangutan’s bite force of 575 PSI or the chimpanzee’s and gorilla’s bite force of 1,300 PSI?

In this day and age filled with technological innovation, our contractile muscles seem to be getting weaker. The reason behind this can be explained through Darwin’s law of use and disuse.

When you don’t use specific muscles and organs for a certain period, they “wither away.” if care is not taken, these muscles will get even weaker as more and more people live increasingly sedentary lifestyles.

Compared to other wild creatures, apes are one of the strongest. Their muscular, solid features and intelligent nature make them bully many other creatures in the animal kingdom.

Gorillas are crowned as the strongest apes in the world. Thanks to their size, bite force, and brute strength, no other primate can match their power.

A piece of advice: if you see an aggressive ape out in the wild, run. When angry, these apes can put you in a body bag faster than you can say ape. We‘re the weakest apes on the list, and the difference in strength could become even clearer as we become masters of indoor life.

That said, above is a list of five of the strongest ape species in the world.

Thank you for reading. If you liked this post, here’s another popular read on a similar topic: Strongest Sea Animals in the World.