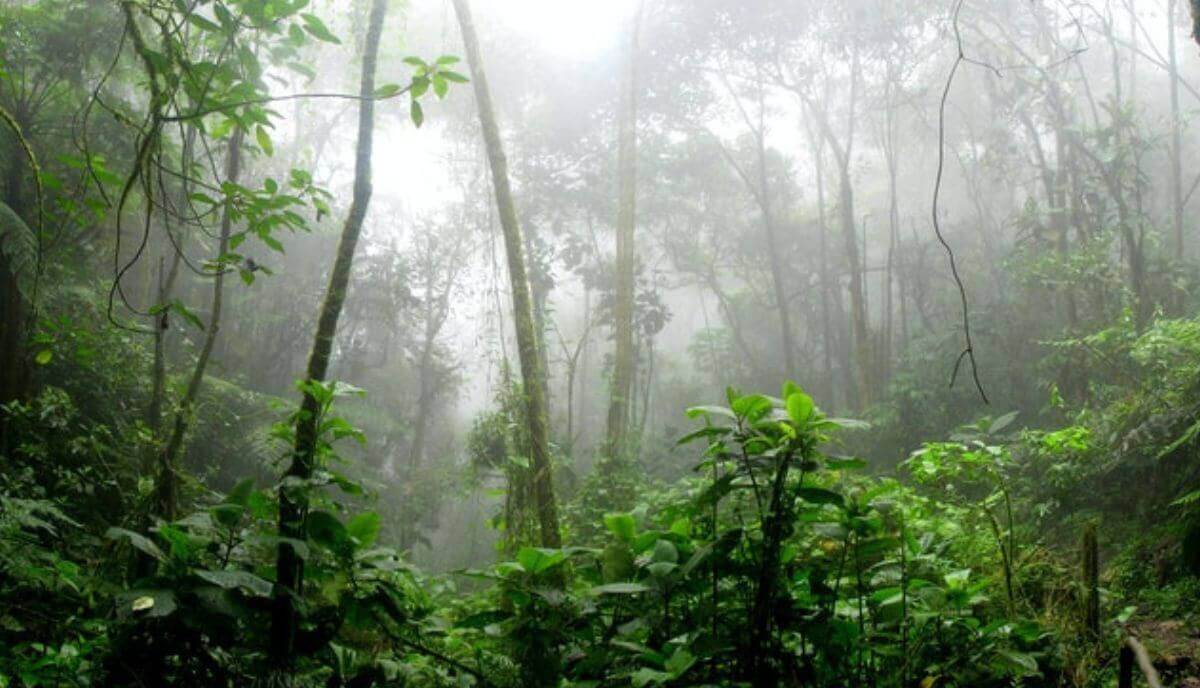 While traveling around the world, I was fortunate to book a jungle tour package. I got the opportunity to watch and learn about jungle animals up close.

As we were near the end of the tour, the travel guide asked us if we had any questions. My companion asked, “What is the strongest animal in the jungle?”

The African forest elephant definitely deserves the title King of the Jungle. Ironically, it was given to the lions, animals not living in the jungle.

Elephants are known for their immense strength, able to lift tons of pounds in one hold. No jungle creature can carry as much as they can.

Let us get to know more about elephants and other strong jungle animals in this list:

5 Strongest Animals in the Jungle

As mentioned, African forest elephants are the strongest animal in the jungle. They are found in the rainforests of central and West Africa. These magnificent beasts are currently considered endangered because of human activities.

Unlike their elephant cousins roaming the savannas, forest elephants are smaller and have a slower reproduction rate. However, it does not affect the fact that they are the most powerful animal in the jungle.

Weighing up to 8,000 pounds, these animals can carry 400 pounds with their trunk alone. Elephant strength is also crucial in carrying their massive body weight. 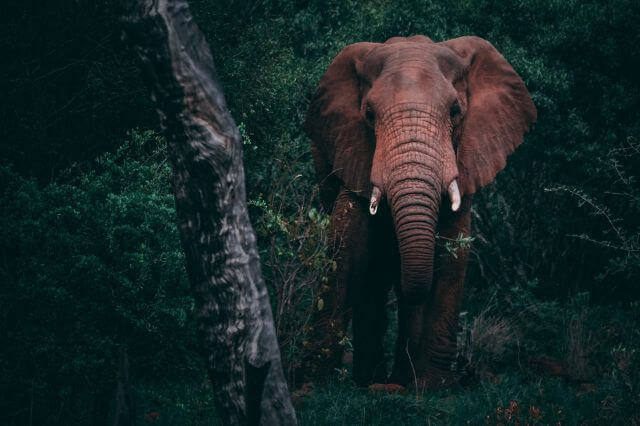 Elephants’ trunks have an average of 40,000 muscles, which is probably why they possess such enormous strength. In comparison, a human has an average of 600 muscles in its body, which is almost 67 times fewer muscles!

Even with their massive size and strength, African forest elephants are herbivores, and they mainly eat tree branches and leaves.

One adult African elephant can consume 300 pounds of food for one day. As a result, these giants keep foraging day and night for long distances without much sleep.

In addition to their herbivore diet, elephants go to mineral-enriched waterholes to drink nutrients that the tree lacks.

African forest elephants, just like their cousins, move in a herd and are headed by a matriarch. Once one of them gives birth, all of the elephants will be involved in raising the baby.

Dung beetles are found almost everywhere, including in the jungle. Well, except in Antarctica. As long as there is fecal matter, dung beetles can survive.

These insects will roll the feces into a ball to serve as a food source and breeding chambers. To form a ball, dung beetles use their back legs to wad the fecal matter and their front legs to dig it.

It is remarkable as dung beetles can roll a ball up to 1,141 times its weight. You can compare it to an average 150-pound person carrying six double-decker buses. 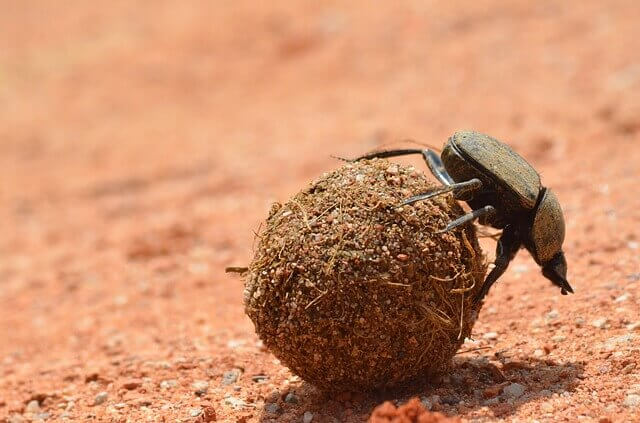 Due to their strength, these small and strong animals are frequently compared to elephants. Some people also share the sentiment that these insects must carry the title of the strongest jungle animal.

However, even though dung beetles can carry a thousand times their weight, elephants still lift the heaviest amount.

Interestingly, these insects are able to lift that much weight because of their small size. Following the square-cube rule, the larger the creature is, the less strong it is pound for pound.

Strength is relative to the cross-sectional area of the muscle. So if a creature doubles in length, its muscle cross-section goes up 4 times, but its volume and weight go up 8 times.

In other words, as a creature grows in size, it requires more and more muscles to achieve the same level of strength.

Crocodiles are found in various parts of the world. They mostly live in Southeast Asia, South Asia, Sahara, Madagascar, East and West Indies, Australia, Mexico, and Central and South America.

These ancient animals are deemed strong because of their rough build. An adult crocodile weighs up to 2,200 pounds, almost as heavy as a compact car.

Besides their tough exterior, crocodiles have long jaws and around 67-70 large teeth. With a single bite, these reptiles can exert force up to 3,700 pounds per square inch.

It is 23 times stronger than a human bite! 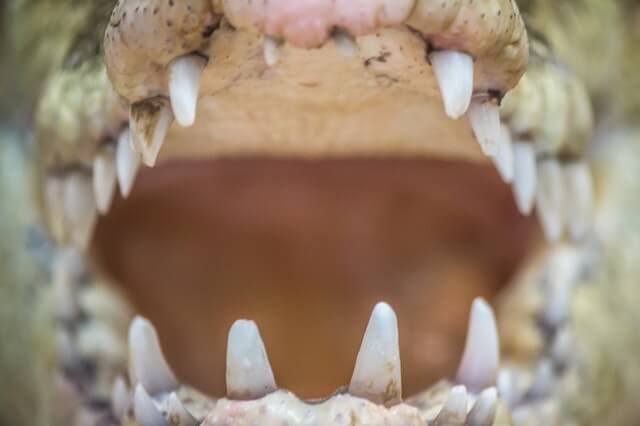 Crocodiles’ champs are enough to tear human limbs into shreds. Even though they will not actively hunt humans, they are opportunistic killers, and it’s estimated that they are responsible for 1,000 human deaths per year (worldwide).

Their intense bites make them one of the strongest animals in the jungle. If you ever encounter a crocodile, slowly back away and do not make any sudden movement that can surprise them.

Crocodiles will aggressively act when provoked or in danger. It is an automatic mechanism to protect themselves.

If it starts running towards you, run in a straight line. Unlike the typical zig-zag run advice, humans run faster than crocodiles on a linear path.

In addition to their brute strength, a recent study claims that crocodiles are highly intelligent creatures. Their communication skills, advanced parental care, and tool use distinguish them from other animals.

The king of the jungle is actually a common title at this point because even the gorillas share it with the lions. And these primates might deserve it for better reasons.

Gorillas were given the title after being recognized as the largest primate. An adult male can weigh up to 500 pounds, and much of that is muscle.

To carry their weight, gorillas walk on all four limbs. However, they can occasionally walk on their two feet. These primates’ stance usually reminds a huge man walking.

Gorillas are further classified into upland and lowland gorillas.

There are physical differences between the two species. The upland primates have dark-colored, thick, long fur, while the lowland ones have lighter, softer, short hair.

In terms of their strength, gorillas are stronger than other primates, while a western lowland gorilla is the strongest gorilla subspecies. These bulky primates can carry and lift up to 4,000 pounds, whereas a well-trained human can only handle 880 pounds.

In addition, a western low land gorilla has a bite force of about 1,300 PSI, one of the strongest of all animals. 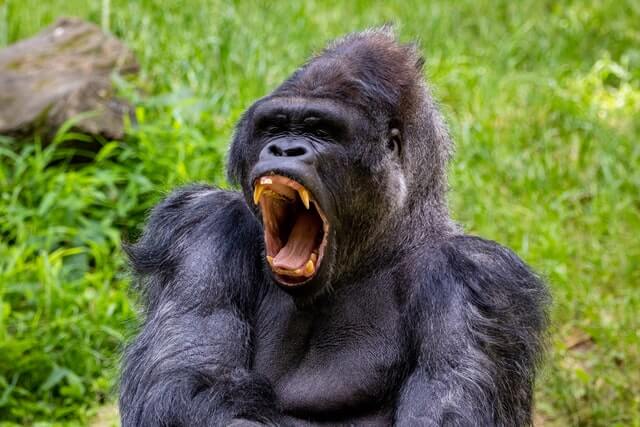 If a person gets targeted by a gorilla, he will suffer from severe injuries or even death. A gorilla punch can exert power between 1,300 to 2,700 pounds, strong enough to shatter a human skull.

Thankfully, gorillas are not particularly dangerous to humans, and they are known for being peaceful primates.

The last member on our list of strongest animals in the jungle is the leafcutter ant.

Leafcutter ants are endemic to Southern United States, Mexico, and Central and South America. They are usually found on the jungle floors, helping disturb the soil to create biogeochemical spots.

These insects are the tiniest but still one of the strongest jungle animals. You may wonder how?

Well, leafcutter ants can carry about 20 times their weight! 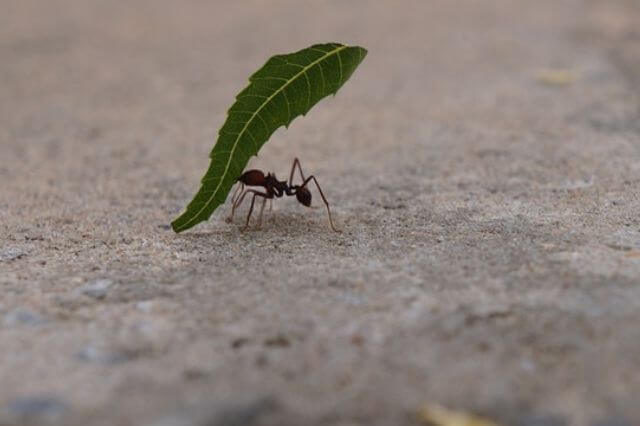 Like dung beetle, leafcutter ants have these extreme strength abilities due to their size. At the same time, it helps that they have muscles that cover their whole body.

Leafcutter ants are light, and their muscles do not need to provide much support. So, they are able to shift that strength to carrying heavier things instead.

These tiny insects are not aggressive. However, leafcutter ants will not be afraid to bite you if you disturb their nest or activities.

Even with their number, leafcutter ants are susceptible to the attack of predators. For example, an armadillo can quickly slurp the whole nest without fearing the ant bites.