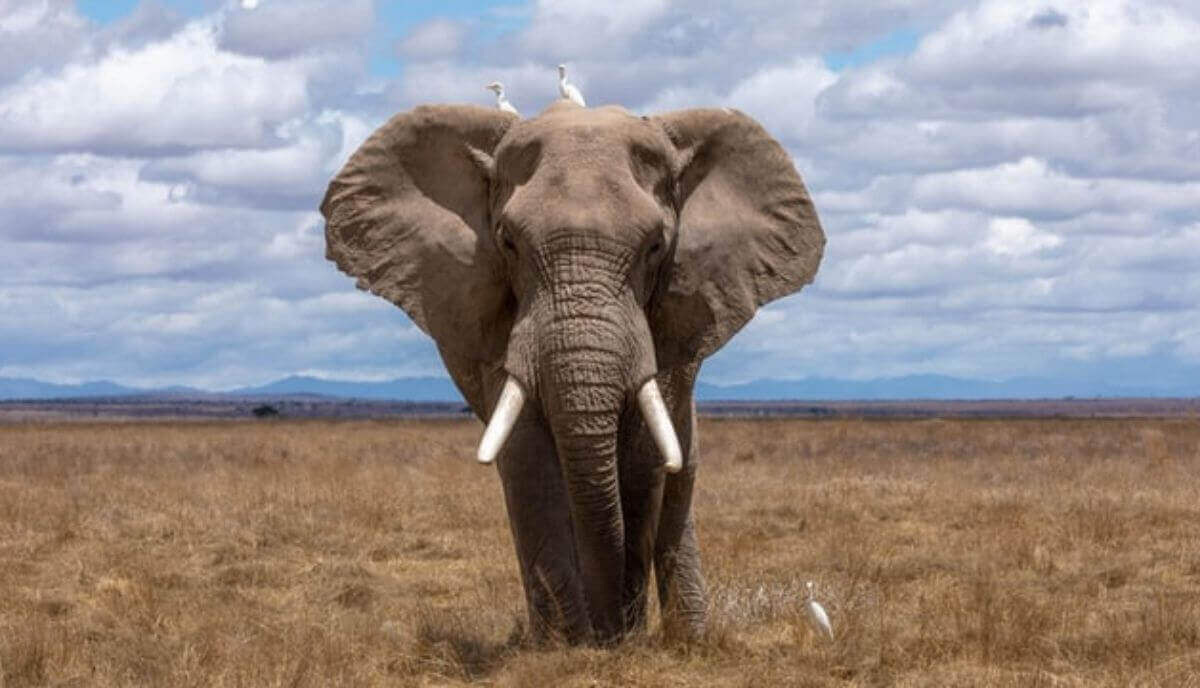 There are two types of elephants, African and Asia, which though different, are equally strong. Elephants are the largest land mammals which may make you wonder –  how strong are elephants actually?

Elephants are extremely strong animals capable of lifting a weight of more than 700 pounds with their trunks alone. An adult elephant’s strength also comes from its ability to carry 2,000 pounds on its back. In addition, elephants have robust and resilient tusks that can withstand an applied force of about 14,000 PSI.

The adult African elephant is the largest of the two, weighing between two and seven tons, compared to the Asian, weighing around two to four tons. They can reach a height of up to four meters as adults making them both wide and tall. The elephant eats upwards of 300 pounds of vegetation a day which contributes to its overall strength.

How Strong Are Elephants?

By being the largest land animals on the planet, elephants possess unmatchable brute strength. But what indicates their strength, and what are their main evolutionary attributes?

How strong are elephant trunks?

While the elephant’s legs are so strong that they carry their entire weight, the other substantial part of their body is the trunk. It is an extension of their upper lip, and it is where the animal’s nose is located. Therefore, it has a lot of functions such as feeding, smelling, drinking, communicating with their fellow animals, and even bathing.

The trunk is the most vital part of the elephant’s body since it has over 150,000 muscles. This powers the trunk to give it incredible strength to perform the different functions that it has. In addition, the trunk can also expand and contract as needed by the animal while also moving in various directions.

One of the main functions of the trunk is to enable the elephant to drink water. It can hold over two gallons of water for either drinking or spraying on their bodies. The animal also uses the trunk to uproot plants for eating. Thanks to how strong it is, it can even uproot whole trees for consumption or destruction.

How strong are elephant tusks?

The elephant’s tusks are strong evolutionary tools that average around 6 to 8 feet long, with a weight of 50 to 90 pounds each. These ivory tusks evolved from teeth, and they are important weapons used for piercing through their attackers, such as lions and tigers.

Besides that, an elephant’s tusks have different purposes; digging, lifting objects, and gathering food.

Unfortunately, the elephant tusks are the main reason these majestic animals are poached. More than tens of thousands of elephants are being killed by poachers. And even though their population has significantly declined, illegal hunting is still a common thing.

Related: How Strong Are Cheetahs?

How much weight can an elephant carry on its back?

An elephant can carry up to 2,000 pounds on its back. For example, an average car weighs about 2,800 pounds. The elephant’s legs play an important role in the stability, allowing them to carry such a large mass, as they are located almost vertical under its body.

However, elephants are not built to support substantial loads on their backs. In fact, carrying a big weight for a longer period of time can lead to spinal injuries due to their spine anatomy.

Unlike horses, donkeys, and cattle that have rounded spinal disks, elephants have sharp bony protrusions extended from their spine. These protrusions serve as protection for the elephant’s spine but are not suitable for heavy loads.

Are elephants the strongest animal on earth?

Pound for pound, elephants are the strongest land animal on earth, precisely the African kind. It can weigh up to seven tons and carry more than any other creature alive. They are not only strong thanks to their bodies which can run over a truck, but they also have powerful trunks that help them cause more damage.

With their trunks alone, the animal can carry up to 700 pounds, the weight of many fully grown trees. In addition, they have huge feet that carry their body weight evenly on their tiptoes and help them in trampling their enemies.

Related – How Strong Are Rhinos?

Why Are Elephants So Strong?

We have seen some of the main characteristics of elephantine strength; let’s see now what makes them so powerful creatures.

Elephants hold the position of the largest mammal on land, which contributes to why they are so strong. They need a lot of strength to carry their huge bodies and trunks. While the body of this animal is not made to be a beast of burden, it can tremendous weight.

While they have a somewhat fragile back, their bodies are powered by powerful legs with steady joints. Their legs can carry the whole weight of their bodies and run at a relatively high speed.

The elephant can run up to 25 miles an hour thanks to their legs which ensure that they can balance and not fall over when running. Because of their speed, it is not a good idea to try and outrun an elephant since it may run you over.

They eat a lot

Just like any other animal, elephants are fueled by what they eat. Elephants are non-ruminant herbivores which means they get their daily food primarily from plants. Elephants are animals that eat a lot of grass, shrubs, and leaves of trees.

An elephant needs over 300 pounds of vegetation every day to fuel its body. This helps it to have enough energy to carry its heavy body and ensure that they function correctly.

While vegetation doesn’t have a lot of calories to contribute to the elephant’s health, they counter this by eating a lot. Many plants contain a lot of sugar which they manufacture, and this contributes to the animal getting natural sugars to fuel their bodies and make them strong.

In addition, elephants don’t have the best digestive tracts, so they benefit a lot from eating simple foods that are easy to digest. This enables them to get the most benefits from their food.

Being the largest land mammal, elephants are automatically the strongest animal on earth. However, many of the strong animals cannot compete with these beasts due to their large size. While their bodies play a huge part in making them the strongest animal, they have solid trunks that help them in causing more damage than their bodies alone would. The combination of powerful trunks, tusks, and massive bodies make them unique such that no other animal can rival them.