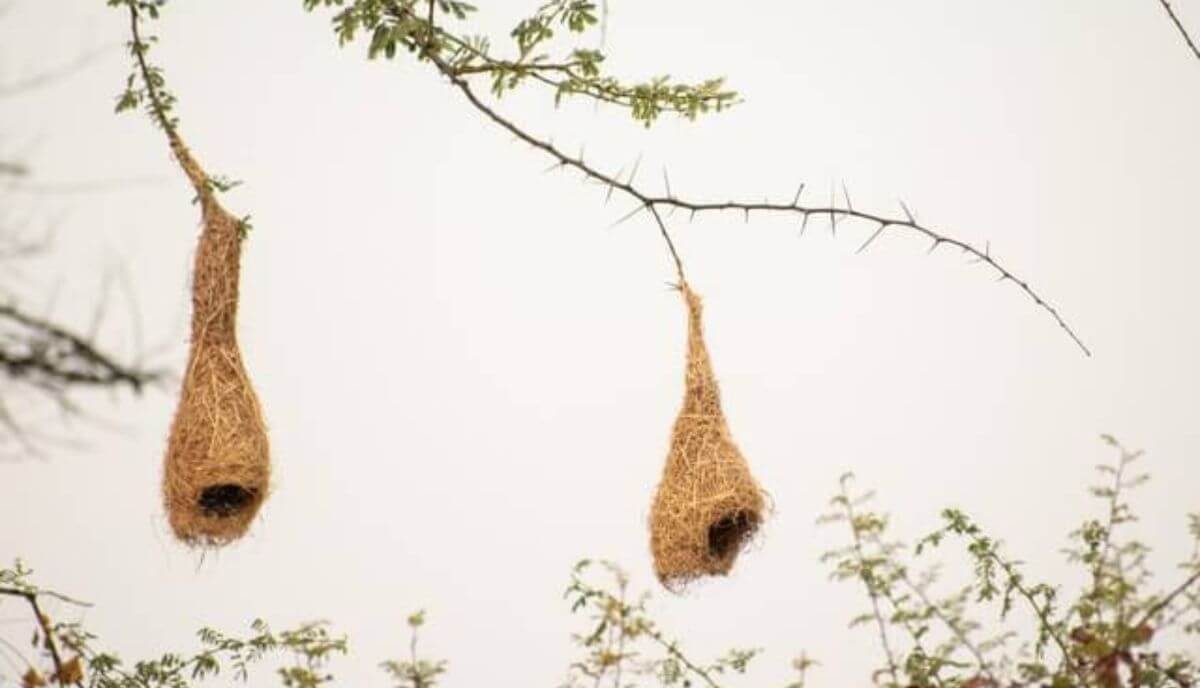 Every animal has to find or create a safe place where it can feel protected enough to raise the next generation.

In most cases, like with the birds, that is the nest, but did you know that not only birds make nests? So many creatures out there shape their home and make it perfect for their nesting by using various materials and structuring it in different shapes.

Below, you will see a list of twelve animals that make a nest. Next, you will be able to learn about the various homes these creatures build, from the most extravagant ones to the largest and most complex ones.

If you are curious to find more about animals that nest, read on! 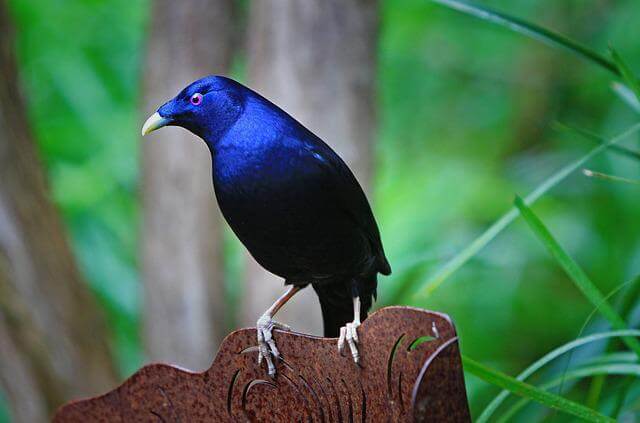 Bowerbirds, we all know or have heard about their nests before. And, if there is a fancy nest in the world of animals, it is this bird’s creation!

Male Bowerbirds tend to build spacious and attractive nests in nature, and their primary purpose is to attract pretentious female bowerbirds, who spend much time inspecting their future home.

In some cases, these females are so picky that they spend more time checking on the nest than the male one takes to build it!

The materials for their nest are various and can be anything that looks nice, pretty, or shiny. They use twigs, sticks, leaves, feathers, fluff, rocks, glass, coins, and everything they find interesting: fruits and flowers.

The males stack them together on the walls and outside the nest. After they are done, they wait for the inspection to pass! 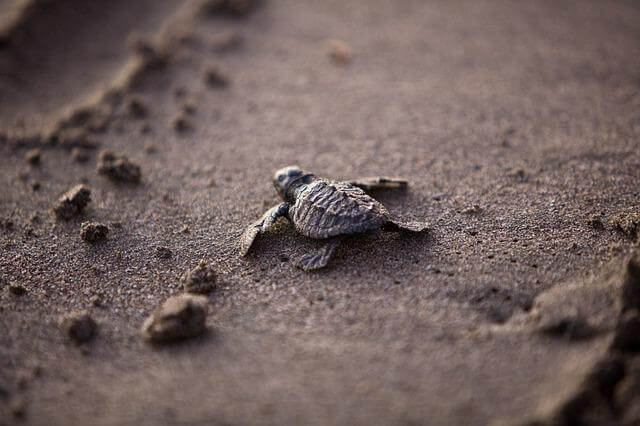 Sea Turtles are aquatic animals that spend their lives in the water. They swim, eat and do almost everything in the ocean.

However, as creatures that love marine life, turtles go on shores only to lay their eggs. This hints that the best places for their nests are on the beaches dug in the sand and near the water.

Once the mother turtle finds the best dry spot on the sandy beach, they tend to come out at night, go to the area and use its body to round around, making the nest shape. They use their flippers to help themselves too.

Once the overall nest structure is completed, they dig a teardrop-like cavity for the eggs.

After the nest is complete, the sea turtles lay their eggs for two to four hours. Then again, they make use of their flippers to cover the nest and protect their eggs from predators until they hatch. 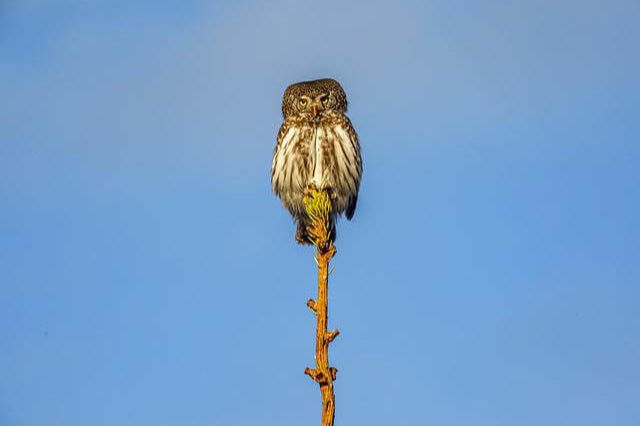 An interesting representative of the Owls is the next nesting constructor.

As you may know, owls do not build standard nests. Instead, they live in tree-like burrows where they make themselves comfortable.

The Ferruginous Pygmy-Owl is not an exception. However, it does not nest in a tree but in a cactus. More precisely, the endangered saguaro cactuses are the home of the close to extinction Pygmy Owls.

Interestingly, this bird is not making its own nest but instead looking for natural made one or one created by other birds (usually woodpeckers). It just finds the place and fits itself at home.

If you are wondering how it can live in a cactus, well, it is because of its feathers that clock most of the dangerous cactus needles. 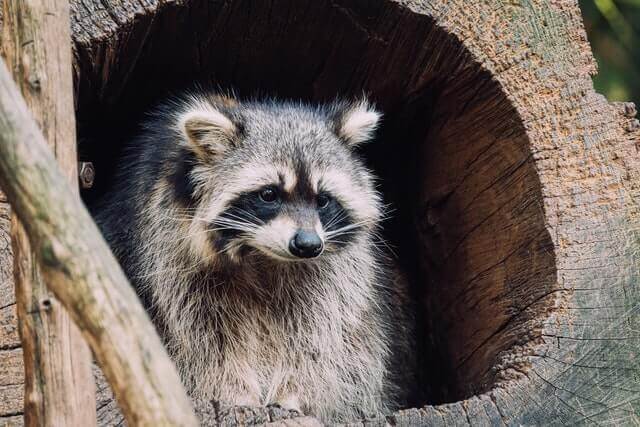 Raccoons are the cute animals that many people admire and many others dislike. However, being liked or not, they are adaptable enough to live both in wild and urban areas.

Surprisingly these nocturnal creatures live in what we call nests. These nests can be burrows, caves, dead trees, brush piles, around rock crevices, and even under your home!

Raccoons do not make their own nest and depend on nature or other animals by stealing or occupying their empty homes.

The most common location for their homes is around food sources, water, and areas protected from predators where they can rest at ease.

Knowing that they nest on the ground, we must note that they also tend to rest on trees. As night-loving animals who hunt in the late hours, raccoons tend to climb trees and sleep on them or look for food.

So, do not get surprised if you see a raccoon in an actual bird’s nest!

Speaking of animals that nest, we must mention one of the weirdest nests built by birds and their odd uses.

The Edible-Nest Swiftlet (also known as a popular ingredient for the nest soup in the Asian cuisine) builds the nest with its saliva!

Although it may sound weird, the bird creates its nest with its hardened saliva, which gets deposited in a layer of rocks in nature.

In different countries (especially China), many people try to attract the bid into man-made nests, with electronic “tweeters” luring them to nest there. Later they collect the hardened saliva nest and use it in their cuisine.

The delicacy is famous, and it is a fancy price, which leads to using the bird’s nest more often than needed. 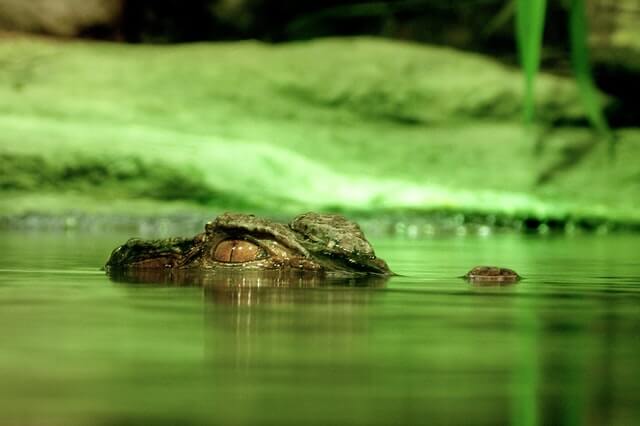 Crocodiles are part of reptiles that tend to make a nest to lay their eggs.

It is essential for the giant lizards where they make nests because they must be close to the water yet protected from it. That is why a central spot for these nesting reptiles is on the river banks or floating rafts of vegetation.

The most popular materials crocs use for nests are grass and plants from the river, beads or shores, and sometimes mud by collecting some with their teeth. The female crocodiles pill these plants together and form the nest on which they lay the eggs.

It is viral for some crocodiles to dig a hole in the shores and create the nest, protecting them from predators.

It is also not uncommon for the crocodiles to mound grass and vegetation on top of a pile and create a nest by mixing in some mud. 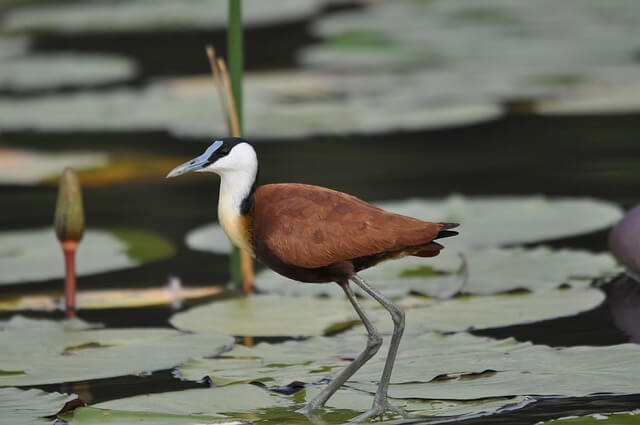 Next on our list of nesting animals is an aquatic-loving bird. The African Jacana is one of these creatures that build their homes near the water, in this case above it!

The nest of this tiny bird is usually built on aquatic plants, like water lilies or just some grass that is not completely submerged in the water.

However, African Jacana males use twigs, dry grass, and other organic material to build a simple nest on top of these plants. This way, their home is on the water, partially submerged (not ideal) but safe from many predators.

After building their nest, the females come to lay eggs. Usually, the male bird has made anywhere from 3 to 5 nests, so the female has a choice. Once she lays them, the male bird incubates the eggs till they hatch.

Meanwhile, the female is off to mate with a new partner. Poor guy! 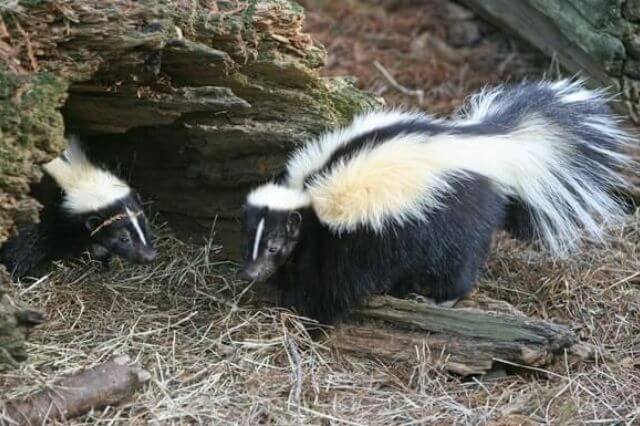 Like racoons, skunks are animals that move in someone’s nest instead of building their own. They are the smelly, sneaky animal friend you do not want around you or your home because of their apparent features.

Skunks will often nest in underground dens, rock crevices, fallen and hollow trees, and big stacked bushes, which may hide in your backyard or under the porch.

They are innovative when moving to a new place and can hide quite well.

Surprisingly enough, some skunks build their own homes in the form of dens. This animal uses its pungent and sharp front nails to dig big holes in the ground and later make its nest inside them.

They insulate the nest with leaves, branches, and even fur to prepare it for their babies. Once it is ready, they take care of their younglings till they are prepared to leave in the spring. 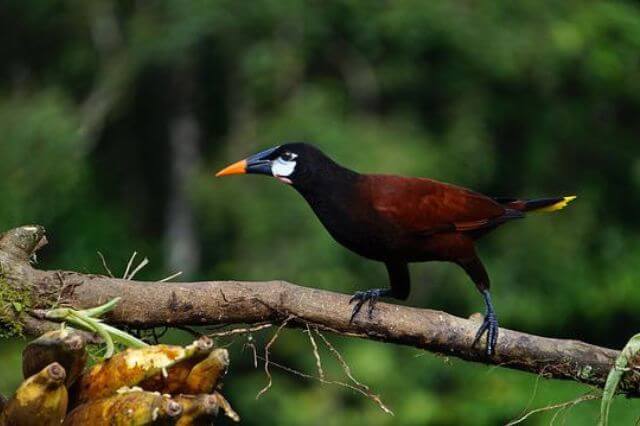 This beautiful and exciting avian builds one of the most grandeur nests we have ever seen. Inhabiting the tropicals, mainly in the Caribbean, this bird with a colorful bill builds its nests on coastal trees hanging down the branches.

The nest can be mixed for fruits from afar because of the way it is built. Usually, it is made from sticks and twigs, and the size can vary depending on the number of the nests and the tree itself.

Interesting about this bird and its home is that the average count of nests is about thirty to forty or even fifty on a tree. Surprisingly, the count can skyrocket and hit one hundred nests in some cases.

While there are many of them, most of the Montezuma Oropendola homes are built by females for females. There is only one dominant male in the center with a giant nest made for him.

The male mates with all the birds, which, in their turn, lay eggs in the already built nests. After 15 days of comfort, the eggs hatch, and the young birds leave the nest!

From a bird nesting high on the coastal trees to one that builds its nests low on the ground, we move on to the next contender.

The Malleefowl is an unique bird that produces enormous nests. These animals are creative new homeowners and love to make their big nests comfortable in various ways.

When talking about its nest, we must say that it can reach up to 150 to 160 feet. In this zone, (let’s call it the Malleefowl backyard), the male bird collects all kinds of sticks, twigs, leaves, and organic materials.

After completing their new home, the females lay the eggs buried with a thin layer of sand for insulation. With this, the nest is ready, and the eggs are secure.

Once they hatch, they may take 10 to 15 hours to dig their way out.

If you thought the Montezuma Oropendola nests were substantial apartment complexes, you must think twice as the Sociable Weaver appears on the scene.

This African bird is one of the marvelous builders among the bird species. It builds big and complex nests on top of trees.

Their structure can have various shapes, from anything like cloud-looking ones to ones that make the whole tree look like a hut.

The Sociable Weaver uses various soft grass, fluff, cotton, twigs, and anything to are these great nests. Their newly built homes usually have good ventilation and insulation.

Sometimes, these nests can last for generations and be a home for hundreds of birds, including other species. Fancy constructors! 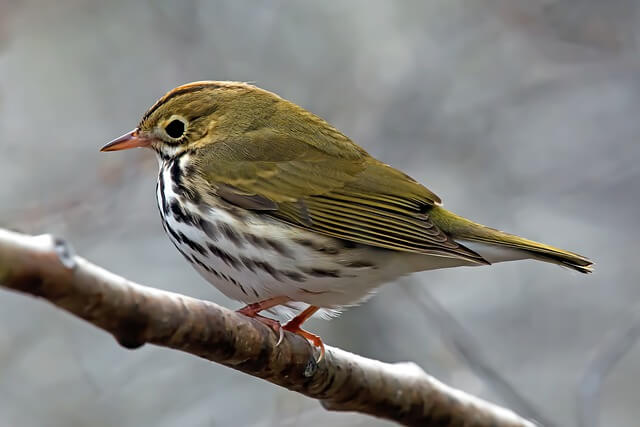 The last member on our list of animals that build nests is the ovenbird. Ovenbirds, similarly to their name, build nests like ancient ovens.

They are attractive, thick, round structures formed on a tree branch where the couple lives together. Usually, the nest is made of clay for a month and a half to a maximum of two.

The best trait of these birds is that they are easily adaptable. Unlike many other animals on our list, the Ovenbird can survive even in cities.

However, an interesting fact about them is that they prefer to be followed into manufactured homes for them in some cases.

These unpretentious birds are not only adaptable but hospitable. Once they grow their hatchlings, they usually leave the nest.

In other words, ovenbirds free up their homes for other birds in need, allowing them to use their home as they please.

A nest is a structure animals use to hold their eggs or young. Birds are the most common nesting animals, but there are many other animals that nest. Examples of animals that build nests include crocodiles, sea turtles, raccoons, skunks, and many others.

With this, we conclude our article. Thank you for reading.