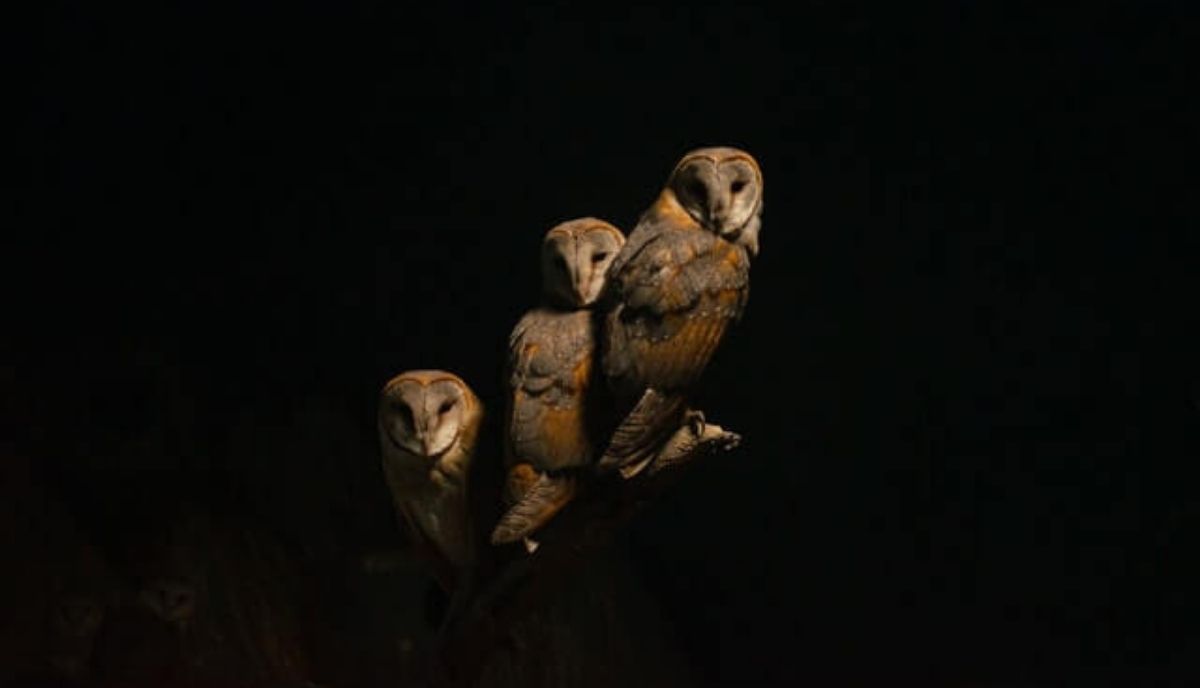 Animals in the wild use various ways to hunt and ensure their survival in their environment. One way that helps the animals stay on top of their game is using a stealth adaptation.

This list compiles some of the stealthiest animals that survive by ensuring that they are not seen in their habitats.

The animals that use stealth have their bodies adapted to ensure that they can hunt or hide without being noticed. They do this by either limiting their movement or camouflaging and blending in with the surrounding.

The most stealthy animals in the world:

They are one of the stealthiest birds that use this ability, especially in hunting, so the prey doesn’t hear them coming. This element of surprise makes them effective hunters, and they hardly ever miss their target.

Their feathers can absorb any sound made when they are diving hence reducing the vibrations when it is flying. The feathers of the owl convert the mechanical energy to heat, which causes them to have near-silent flights.

Also, their feathers have a unique structure that allows them to stay out of hearing range to remain silent when hunting. This ensures that their feathers do not produce any sound, so the prey will not detect them before they pick them up.

Fun Fact: Owls have the ability to rotate their necks in a 270-degree field of motion!

This spider can grow up to five inches in length and have a reach of 12 inches. Other than being scary, they are quite stealthy, allowing them to hunt their prey effectively.

Tarantulas use camouflage to blend into their environment, so their prey and predators do not detect them. They are very patient animals and remain almost motionless; this gives them a chance to pounce and capture their prey with a high success ratio.

They use their large fangs to crush the insect instantly, making them immobile so they can eat them. In some cases, they cover the insect with digestive juices before consuming them. This allows them to feed more easily than biting into their bodies.

Fun Fact: Despite their scary appearance, tarantulas are among the least dangerous spiders on the planet!

These fearless animals are at the top of the food chain, so they do not need to hide from predators. However, the tiger uses stealth to hunt just like other cats. For starters, it is a patient hunter, and it can slowly stalk its prey for a long before getting the perfect opportunity to pounce on them.

Tigers also camouflage in their habitat, so they go unnoticed by their prey so they can get them instantly. Their stripes come in handy since they help them blend in with the dark forest, which allows them to hunt stealthily without being noticed.

The tiger’s paws also help them use stealth for hunting since they absorb sounds when they step on the ground. This allows them to remain perfectly quiet to observe their prey up to the best time to attack them.

Fun Fact: Tiger coats are as unique as human fingerprints!

As its name suggests, it has a tail that mimics a leaf, hiding in plain sight. This gecko primarily lives in trees since it can hide better in that environment. It looks like part of the tree or a rotten leaf, so it is challenging to spot.

It camouflages to hide from predators such as birds and other large lizards. It also helps hunt small insects that they feed on, such as flies and mosquitoes.

Leaf-tailed geckos are nocturnal creatures, and they will also take advantage of the dark and shadows to stay hidden and hunt their prey more effectively.

Fun Fact: Leaf-tailed geckos remove the dirt from their eyes with the tongue!

They are among the best lurkers in the wild who use stealth for hunting and eating their prey without their knowledge. Thanks to their bodies which perfectly blend with their environment, they are hardly seen by other unsuspecting animals.

Crocodiles mask with the dirty water in which they are mostly found and, in some cases, cover their bodies with sticks and plants so they are not seen. When they identify prey, they go under the water and hold their breath for long periods waiting for the animal to come closer.

Crocs are such excellent swimmers since they move in the water without being heard. They do this so they can get closer to their prey such that they have a perfect opportunity to attack them at the best time.

Fun Fact: Adult crocodiles can go without food for more than one year!

They are one of the most cunning animals in the ocean, thanks to their ability to camouflage. An octopus blends with its habitat in two ways, although this is found in some types of octopuses only.

Octopuses either become translucent such that light passes through them or change colors depending on their environment. Most octopuses change their colors and patterns, so allow them to either hide from predators or hunt prey.

In addition, they can move stealthily on the ocean floor that helps them when hunting animals such as shrimp and sea snails. Octopuses can also pass through very narrow spaces, which allows them to follow their prey through the tiny areas in their habitat.

It is one of the stealthiest animals in the wild, with a great way of remaining hidden even to human beings. This is why it is rare that you may spot a leopard in the wild since they blend into their environment perfectly.

Their body color and the spots allow it to camouflage well with the tall grass in the savannah and the trees. The fact that the leopard spends a lot of its time alone makes it even harder to spot.

Leopards hunt alone by observing their prey from up in a tree or while hiding in the grass. They hardly ever chase their target.

The leopard usually waits until they are close enough to the animal, then they pounce on it and kill it instantly. They are also known to hunt at night, which benefits them since they can hide in the darkness, but their excellent eyesight helps them see and capture the animals.

Of all the animals the most commonly known to hide by using camouflage, the chameleon is one of the best at it. Most chameleons have a primary color, for example, one that lives in the forest will most likely be green, and another that lives on rocks will have a dark color.

However, they can change their color at will or according to their surroundings. Their color changing is relatively fast and can happen in less than 20 seconds.(source)

The major reason for chameleons to change color is to hide from predators. They also do this to trap insects that wouldn’t identify them when they camouflage.

Another reason they switch their color is to communicate their mood, whether they are afraid or in a mood to mate. Chameleons can change their color according to will.

Like most cats, the jaguar also uses stealth to hunt their prey by hiding in the shadows until it can attack the animal. It is not easy to notice them when it is dark since they blend very well with the darkness. They do a lot of their hunting on trees where they have a vantage point to identify prey.

Once they have located a viable target, they get on the ground to stalk them until the perfect opportunity presents itself. They are powerful and can kill an animal with one deadly bite.

Jaguars are also excellent swimmers, so they can hunt from the water. And because of their versatility and stealthy hunting techniques, they are known to hunt animals that live in every medium. In trees, water, sky, and land.

Fun Fact: Jaguars are the third-largest big cats in the world (after tigers and lions).

These small fish are usually found in tropical and subtropical regions and are known to be masters of disguise. Frogfish use various adaptations, such as unusual shape, color, and skin texture, in order to catch their prey.

Their camouflaging skills are so extraordinary that sometimes their prey crawls over them without having a clue it is actually their predator. Frogfish have been known to imitate sponges, sea squirts, stones, and corals.

And because of their disguise techniques, frogfish does not move much. Instead, they lie on the bottom of the sea and wait for their prey. Yet, when they see the prey, these fish attack extremely fast, in 6 milliseconds.

Fun Fact: Frogfish can change the color; however, the transformation lasts several weeks!

The last members on our list of stealthy animals are alligator snapping turtles. These prehistoric-looking creatures are found in rivers and lakes of North America. In fact, they are the largest freshwater turtles in the New World.

These turtles spend most of their time in the water, only surfacing in order to breathe air. They are equipped with strange and unique adaptations, which is why they have secured a place on our stealthy list.

Namely, the tongue of a turtle is reddish and resembles worm flesh, which attracts various fish and frogs. It’s so convincing that some fish have been seen entering the turtle mouth thinking they have found a meal, but instead, they become one. Sneaky!

Fun Fact: Alligator snapping turtles can live up to 100 years!

The list of most stealthy animals is quite long, but the above are some of the most common ones that you will come across. Animals use this special feature to ensure their survival by either hiding from predators or hunting prey.

Most of these creatures use sit-and-wait strategies capturing the prey in almost complete silence. Luring, camouflaging, and employing the elements of surprise are the most common strategies of stealthy animals.

Thank you for reading. We hope that you have enjoyed the article and learned something new.

For the very end, we would like to recommend you another similar read: Most Annoying Animals