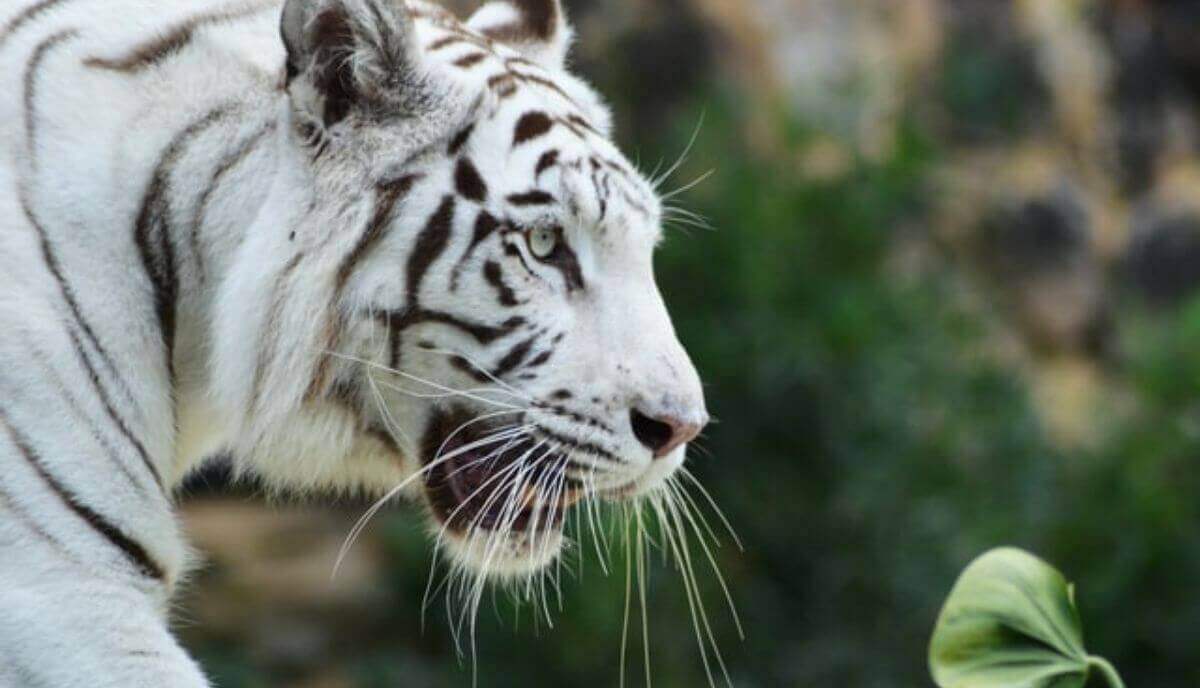 Tigers are the largest of the cat family, rivaled only by the lion. They don’t have a lot of predators owing to their size. Man is the tiger’s major predator.

However, carnivores such as bears have been known to kill tigers. Therefore like other animals, a tiger has means of protecting itself from danger.

How Do Tigers Protect Themselves?

Thanks to their size and strength, tigers rarely need to defend themselves. When a tiger has to hone its survival skills, most of the time, it is when its young ones are threatened.

Asides from humans, tigers, do not have consistent natural predators. They fight among themselves over territorial disputes and females in heat. But these are on rare occasions.

However, there are six weapons tigers utilize as a way of protection.

Besides being the largest and most athletic, tigers are the strongest big cat species. Adult males are 12 feet long (head to tail) and can weigh up to 700 lbs. The only bigger land carnivores are grizzly and polar bears.

Tigers can take down prey with astonishing power. In combination with their muscular bodies, a bite force of 1,050 PSI, and the ability to kill and carry prey twice their size, not many animals would dare to challenge tigers in the first place.

There is a genuine reason why tigers are sitting at the very top of the food chain.

Tigers have fewer teeth than most carnivores. However, they have the largest canine of all the big cats. Their teeth range from 2.5 to 3 inches in length.

They have back teeth called ‘carnassial’ and small incisors located between the top and bottom of their front canines. With the back teeth, they can shear meat from the offender like knife blades.

With the front incisors, they can pick off meat and feathers from their assailant.

Tiger teeth have a large gap between the carnassial, making them capable of penetrating deep into their victim. The gap also affords the teeth the ability to hold enemies tightly.

Equipped with long and sharp claws at the tip of their paws, tigers are capable of crippling any being with one stroke. Their claws are also used to grasp and hold prey down tightly.

Each of the paws has four claws and one specialized claw called the dewclaw. The dewclaw is located far back on foot and does not touch the ground when walking.

Their claws are retractable. When not in use, ligaments in their claws hold them in protective skin sheaths. Tigers also retract their claws to ensure they remain sharp.

It also possesses other ligaments that extract the claws when the need arises, such as defending itself or attacking prey. They have carved claws that enable them to hold large prey firmly.

The fur of tigers allows them to camouflage and hide in the sight of danger. Tiger furs primarily function for warmth but also for protection.

They possess two types of fur: guard hair and underfur.

The guard hairs mainly function for protection purposes. The underfur functions for warmth. With their orange and black coloration, tigers blend in with their environment.

Located on the backside of tigers’ ears are distinctive circular spots. These spots are called ‘false eyes’ because of the impression they give off.

The false eyes make the tiger seem bigger and watchful to a potential predator intending to attack from behind.

They also function in aggressive communication. When a tiger is threatened, it may twist its ears around, so the backs of the ears are facing forward.

Tigers have webs in between their paws which make them excellent swimmers. Their webbed feet, combined with their body mass, help them swim with great efficiency.

Their climbing abilities are also extraordinary. Not only can tigers climb trees, but they can carry prey their size high up trees.

So in case tigers sense danger on land, these majestic cats can also manage in both arboreal and aquatic mediums.

How Do Tigers Protect Their Young?

Tiger cubs are vulnerable to predation and bad weather. So, mother tigers have to devise means to protect their young.

A pregnant mother tiger prepares a den in a secluded spot in anticipation of the birth of its young. The spots may include caves in hollows of large trees, crevices, or dense grasses.

The mother tiger does not leave her cubs unattended, at least in the first two months of their lives. When there is a need to move, she carries them gently in her mouth by their necks or scruff, which is fascinating considering that it has powerful jaws.

The mother tiger has to strike a balance between hunting, defending its territory, and spending time with its cubs. To protect its young, it reduces hunting time, making fewer but larger kills so that she doesn’t leave her offspring out alone for too long.

The most common cub deaths happen when the tigresses are absent.

Fight to the Death

Tiger moms are extremely protective. When they get offspring, they become even more aggressive and protective of their territory. And, if anyone is endangering its babies, a tigress will fight them to death.

Many times, a tigress loses its life fighting for its cubs’ safety. Rarely from the natural predators, but from the ‘brave’ poachers who carry rifles and guns.

By being apex predators tigers do not have to worry about many predators. Humans and occasionally bears are the only live beings that are capable of harming these majestic cats.

Yet, if they didn’t have such developed defending mechanisms, probably other meat-eaters would try to hunt them as well.

But, despite not facing many predators, the tiger population is unstable due to their habitat loss and illegal hunting. Today, there are approximately 3,500 tigers left in the wild.

And that is it. I hope I have helped you expand your wildlife knowledge by answering the question ‘how do tigers protect themselves?’

If you liked this tiger article, I suggest you also – Are Tigers Dangerous?