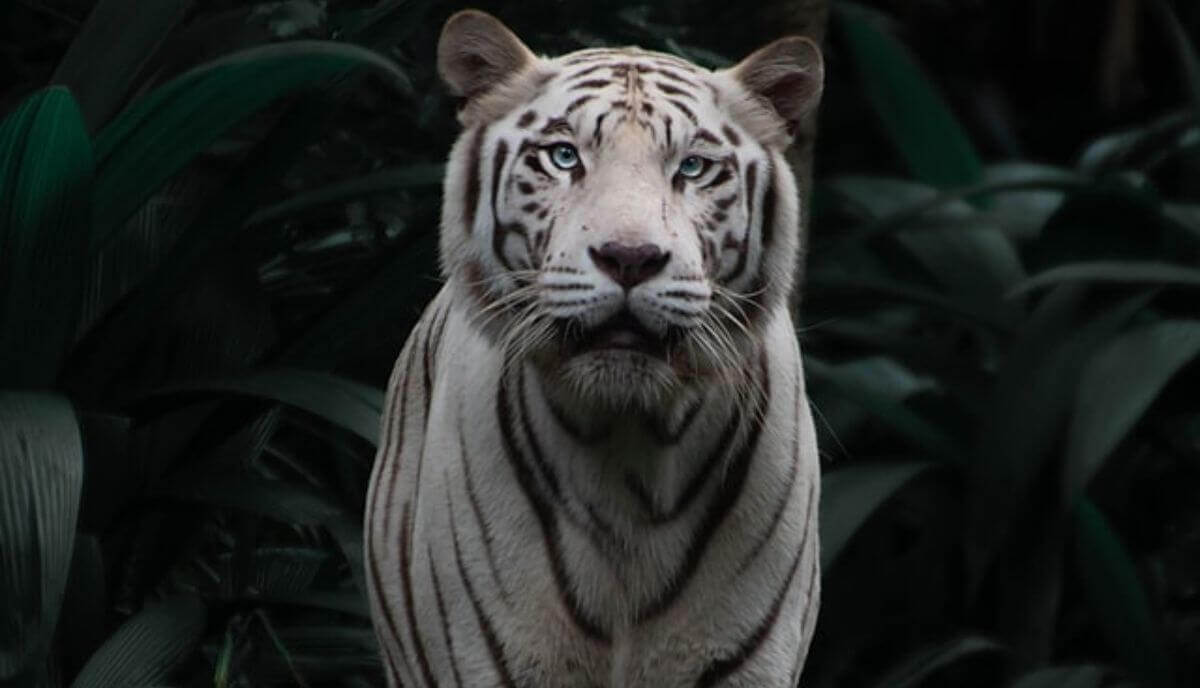 It is without a doubt that you have heard mind-blowing facts about tigers, such as their hunting abilities, adaptability, and many more.

But have you ever wondered are tigers smart?

Tigers are very adaptable and smart animals with one of the longest short-term memory among all animals, including humans. Tigers also have the largest brain compared to other cats in their family. However, even though tigers are known for their intelligent behavior, lions are far smarter due to their complex social life.

In this article, you will learn how smart tigers actually are and how do they utilize their intelligence in the wilderness.

How Smart Are Tigers?

Besides great stories about their body size and strength, tigers have a great combination of intelligence and fighting skills. They are considered to be the most villainous, rough, calculating, and strategically intelligent predators.

The evidence can be found in their habitat adaptation and hunting styles. Unlike other big cats, the tigers’ diet includes a combination of land-based animals like buffalos, deer, and chitals and aquatic life, including crocodiles and fish.

For instance, when hunting buffalos, tigers don’t run and attack aimlessly because a group of large animals can quickly overrun them if they launch a counteroffensive.

Instead of a haphazard attack, tigers identify a target and launch a fake attack to separate their prey from the crowd, then attack targeting the neck.

Are Tigers Smarter Than Lions?

Comparing the smartness of the world’s most famous felines is not a straightforward task. However, for comparison purposes, I will consider the lifestyle of the two in my bid to determine who is more intelligent, the lion or the tiger?

A study was carried out at the University of Miami testing the social intelligence of captive carnivores using a puzzle box containing beef. The task was to open the box to enjoy the goodies. The test results indicated that lions were far smarter compared to the tigers. (source)

As the researchers explain, living a communal life requires excellent problem-solving skills compared to a solitary lifestyle. Keeping track of the social group like determining who is friend and foe, learning to work cohesively as a group, and learning from group members provides advantages to social animals and opposed to solitary animals.

Lions are generally social animals, while tigers live solitary lifestyles. With this, lions are smarter in problem-solving issues and adaptation to the new situation compared to the tigers.

Related: How Smart Are Lions?

Are Tigers Smarter Than Cats?

When compared to house cats, we will give it all to tigers. Why? Because the impact of the environment makes a difference in their cognitive abilities.

You will notice that while tigers live in the wilderness and are left to solve complex tasks and challenges to survive, the jungle cats live at home and are provided literally with everything, including food.

Tigers are highly strategic – Strategy is not a choice but a necessity for the tigers. In most of their adult life, the tigers live and hunt alone. As lone hunters, strategy is the only option to survive the jungle since they do not enjoy the comfort and support social groups bring.

Tigers have a strong memory – The tiger’s memory is just great, and studies have shown that their short memory is far better than that of humans, primates, and other animals. Studies have established that tiger memory lasts about thirty times longer than human memory. With this ability, they can memorize and remember things much easier. (source)

I bet this is the kind of memory you will wish for if you have an examination the next day. But unfortunately, it is only a reserve for the tigers.

Adaptation to new situations – the natural habitats in which different tiger subspecies live vary considerably. But even with this, the big cats can adapt to new environments quickly. You can find tigers in dense forests, coniferous forests, mangroves in temperate forests, and even in the cold lands in the northern hemisphere.

Another typical example of the adaptability nature of the tiger is evident in the food choices. They can hunt and eat aquatic animals like fish, and their usual earthbound meals are unavailable.

Usually, tigers don’t view humans as prey, but when their food sources are limited or injured or incapacitated, they turn on humans.

Man-eating tigers live close to human beings and are cunning and difficult to trace and hunt down. This is a clear indication of their ability to understand the nature of their prey and adapt their hunting tactics.

In Summary – Are Tigers Smart?

Tigers are smart creatures, but while lions are smarter, tigers have a larger brain and more neurons compared to lions.

The main difference between the two lies in social structure. Lions, unlike tigers, are social animals that live in groups, which leads to greater cognitive ability. Perhaps if tigers were to live in groups, they would’ve had a chance against lions.

However, they have to be comforted by the fact that they have the largest brains of all big cats.

Hopefully, this article has helped you learn something new about tigers. At the very least, you may brag off to your friends, and besides, you’ve upgraded your knowledge for the next pub quiz.