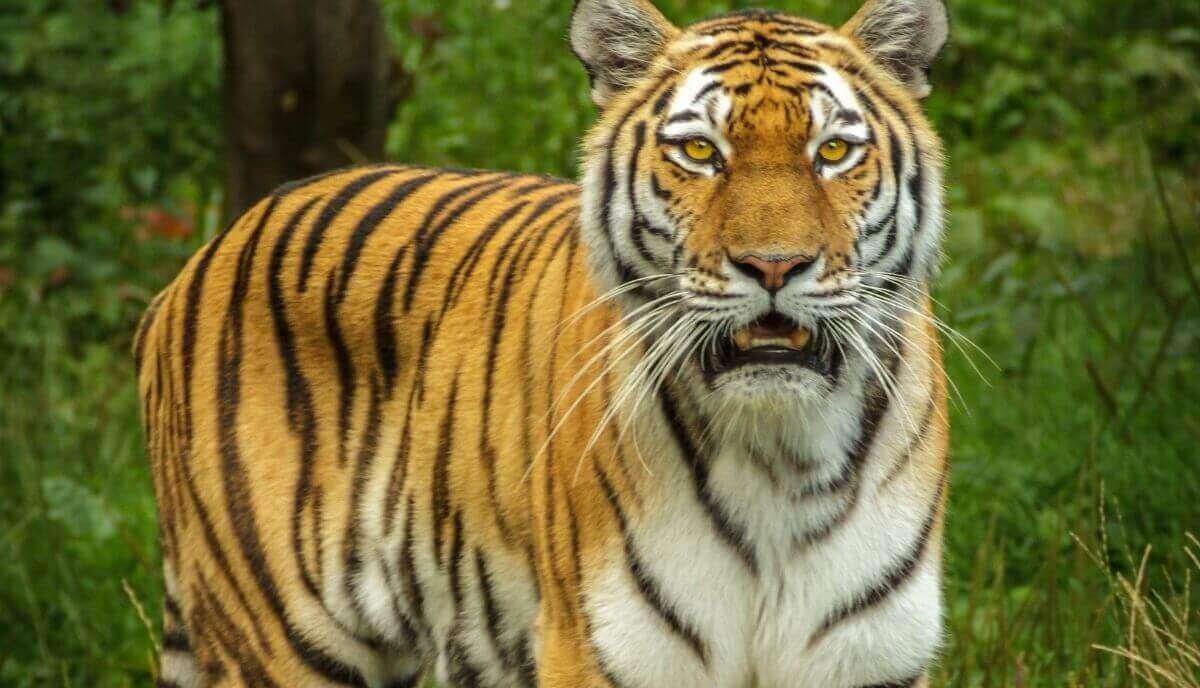 Carnivorous, unpredictable solo hunters, and immensely muscular; that is what tigers are about. No matter how cute they look, tigers have command of hunting from the early age of six months old. Their mental hunting adaptations are higher than the average mammalian.

The question of whether tigers are dangerous must come to your mind once in a while. And so, are tigers dangerous?

Yes, tigers are extremely dangerous animals, and because of their immense physical strength and hunting skills, they rank in the top five deadliest mammals. Tigers usually avoid people, but they are known to attack if they feel a danger for their cubs or when defending their territory. Yearly, 50-250 people die due to tiger attacks.

In this article, I am highlighting some interesting facts about tigers. If you are interested in finding out what makes tigers so dangerous and if they would eat humans, keep reading!

Most of the time, tigers don’t hunt humans to eat them as they normally keep themselves away from human presence. When the tiger attacks a human, it is usually associated with cub or territory protection. However, there have been reports where a tiger has attacked a man without being previously endangered.

Following are a few of the reasons due to why tigers attack humans;

Be it a human mother or an animal, when it comes to her kids – to protect them: she can go to any extent. A tigress, when feeding her cubs or spending quality time with them, is super active.

During this time, when someone tries to get close to her, she will attack straight away. She will clinch the invader as an attacker who is trying to snatch her cubs from her.

A female tiger will charge at anyone in case it feels a threat to its cubs.

Related: Do Tigers Eat Their Young?

Some tiger attacks are due to fallacious identity. Tigers confuse humans when bending to cut grass or collecting firewood. They consider them as other animals, more specifically, their prey.

Keeping this fact in mind, citizens are restricted from using bicycles around those regions where tigers live. An Indian postman used to roam across the area to deliver posts. The moment he used a bicycle, tigers attacked him and eventually killed him.

One of the crucial reasons for the rise of the tiger attack is the linking boundaries. The village and forest where tigers live are linked compactly.

Even in some regions of India, villagers pass through the jungle to reach their workplaces.

Getting too close is the open call for tigers to come and attack!

Read Also: How Dangerous Are Gorillas?

In the face of the fact that humans are easy to prey on and a big food source, tigers still do not show any preference for human meat because it is unappetizing for them. Nevertheless, if they face any health issue or lack of food sources, they won’t attack only but eat humans as well.

The Story of Champawat Tigress

This story has been the talk of the town about why tigers attack humans when they do not have any preference for human meat?

Well, I’m referring to the human serial killer who does not wait for the night to spread its darkness and allow him to hunt. This serial killer openly attacked and killed humans during the daylight.

This serial killer is none other than Royal Bengal Tigress- Champawat Tigress.

This tigress started her attacks in Rupal village Nepal, Himalayas. However, immediate actions were taken by the Nepal wildlife officers to control her hunts. They attacked and tried their best to trap her. Yet, she somehow managed to escape them.

The solution the officer made was to drop her across the border in India through the Sarda River. That was when the tigress started her show.

The tigress killed over 400 villagers during the daytime, In the Kumaon district. Her attacking strategies were something out of the blue. When things start getting out of control, a British hunter Jim Corbett, with the help of 300 Indians killed the tigress.

Later her postmortem reports show that her upper and lower canines were broken. This damage prevented the tigress from attacking her natural prey and chasing humans instead to keep her alive.

How Dangerous Are Tigers?

You can guess how dangerous tigers are by the historical incident of the Champawat tiger killing 400 humans alone. The thing that makes tigers strong and dangerous is their physical strength and bold character.

Bengal Royal Tiger secures the top position as the most dangerous tiger. Killing over 400 people during the daytime when human activity is at its peak is rare and difficult for a tiger. But the Champawat tigress surpassed the task like a pro.

Due to her devilish moves and strategies, the Guinness book of world records claimed by female Bengal Champawat tiger as the deadliest.

Are Tigers More Dangerous Than Lions?

Have you ever wondered how strong tigers are? Can tigers knock out lions? Are tigers more dangerous than lions?

Tigers are more powerful and dangerous than lions and than any other big cat member. Compared to lions, tigers have more strength, agility, and muscle mass.

Is it because of their immense physical strength, genetics, size, speed, solitary lifestyle? or perhaps a combination of all that? If you pick the latter, you are not mistaken.

Tigers are one of the most gifted and adaptable predators on the planet. In addition to their swimming and climbing abilities, tigers can survive in almost every habitat in the world.

Besides being the most dangerous and the largest of all big cats, tigers are by far the strongest felines.

What Are Tigers Afraid Of?

Tigers are apex predators, and they are not afraid of any other animal; yet, these big cats are naturally afraid of fire and unfamiliar sounds and noises. If you got trapped in a forest surrounded by tigers, then set fire around your camp and make loud noises to keep tigers and other animals away.

Fire has always been the main method in domesticating tigers and other big cats. No matter how strong someone can be, there is always a weak point.

In general, tigers tend to avoid human presence, as they are fearful of a big crowd. They probably have a genetically built-in fear of humans, as poachers have killed them to near extinction.

In Summary – Are Tigers Dangerous?

Tigers are considered the most dangerous and deadliest of all big cats. Like lions, tigers can knock out humans in one go.

I’m pretty sure you know now what makes tigers dangerous. Physical strength, mental capabilities, and solitary lifestyle are the main characteristics that make tigers so powerful animals. These exotic cats are apex predators who were designed to be dangerous and bloodthirsty hunters.

Nevertheless, you are usually safe from their hunt unless you don’t do anything that triggers their inner predator.