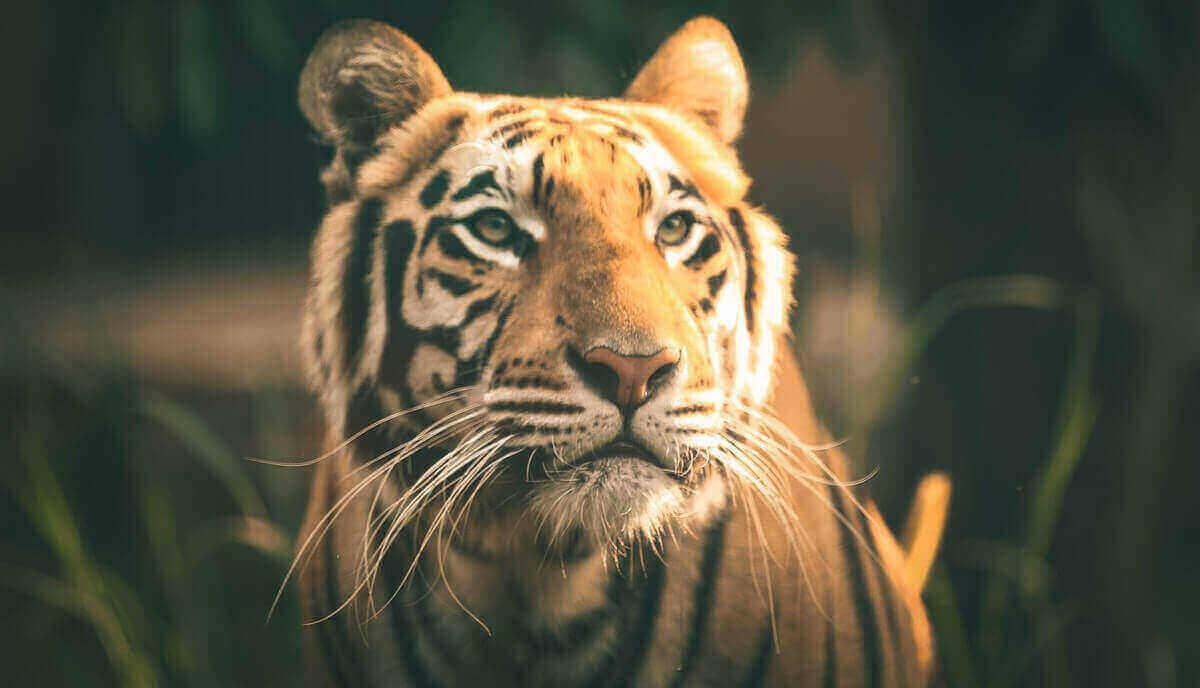 When we think about tree-climbing animals, we picture them wrapping themselves around branches using their limbs. Or using their sharp nails to dig into the bark as they elevate themselves up.

But in case, you wonder if tigers can climb trees, you are not alone!

Here is the quick answer, and later we are going to discuss it in more detail.

Can tigers climb trees? Yes, tigers can climb trees. Even though tigers are large animals, they do well at climbing trees. When climbing, a tiger would usually enter a tree at a run. Leaping itself up in a tree, a tiger uses the momentum and limb strength to climb up. However, a tiger climbing tree is rarely seen unless it was previously being provoked or attacked.

Most tiger species can climb up trees, although, in most situations, they do not have to do it.

Tigers hunt and eat big land animals, and securing food on trees is not an option. In addition to land animals such as wild pigs, buffalo, antelopes, deer, tree animals are not in the tiger’s priority.

And so, climbing trees comes in as an addition to their versatility. And not as a mandatory survival skill.

Tigers are the largest cats in the world, and they have been primarily evolved to rule the land.

Tiger cubs are known to be good tree climbers. Until they reach 1.5 years old, cubs often climb trees due to leisure or practice.

Young tigers have also been seen attacking monkeys or other animals up in the trees. And because their lightweight, tiger cubs are more agile and better climbers compared to big-sized tigers.

Adult tigers can weigh up to 700 pounds, and most tree branches can’t hold their weight. And so, big tigers become more cautious when it comes to climbing.

This doesn’t mean that adult tigers are not good at climbing trees; they simply don’t do it as regularly.

As a result, mature tigers would only climb trees in certain situations. For example, when they are going after prey or being attacked by other predators.

Why do tigers climb trees?

Tigers climb trees for different reasons. It also depends on the tiger’s age and weight.

For instance, tiger cubs climb trees most frequently. They’ll do it for several reasons: out of curiosity, as a way of exercising, and sometimes because they test their abilities.

Younger tigers are also noticed to climb trees when going after the tree animals. Some tigers would also climb trees to rest in there. But, as they get older, they climb trees more and more seldomly.

Over the years, climbing becomes more difficult, and so adult tigers climb only when necessary.

Knowing that tigers are primarily terrestrial animals, their climbing skill is more than good. People usually think that all big cats are great climbers. But that is not the correct assumption.

Climbing indeed is ubiquitous among all big cats, but not every big cat is good at it. For instance, a lion is far from being a good climber, and it will climb trees even more rarely than a tiger.

On the other side, leopards and jaguars are smaller than lions and tigers, and they are quite agile climbers.

Which big cat is the best climber?

Leopards are the best climbers among all big cat species. Leopards are great climbers, and in the wild, they have been seen climbing big trees with ease.

As we mentioned earlier, leopards are much lighter than lions or tigers. The great power-weight ratio allows leopards to pull themselves up and climb big and steep trees.

How strong and good climbers a leopard is, tells the fact that it can bring up its prey on trees carrying it in its teeth.

Do tigers sleep in trees?

Tigers are solitary animals, and they claim large territories in which they live and hunt. So, different areas and places within its territory are the tiger’s sleeping options.

For example, some tigers sleep in the grass, in the bush, or under a bush, while other tigers are noticed sleeping in the caves. Tigers also sleep in sand or snow, depending on the season.

In the wild, a tiger climbing tree is not something that is often seen. Which doesn’t mean that tigers do not know how to climb trees. Rather opposite, tigers can climb trees, and they are good at it.

However, tigers are primarily land animals, and if they do not have the reason for climbing trees, they wouldn’t.