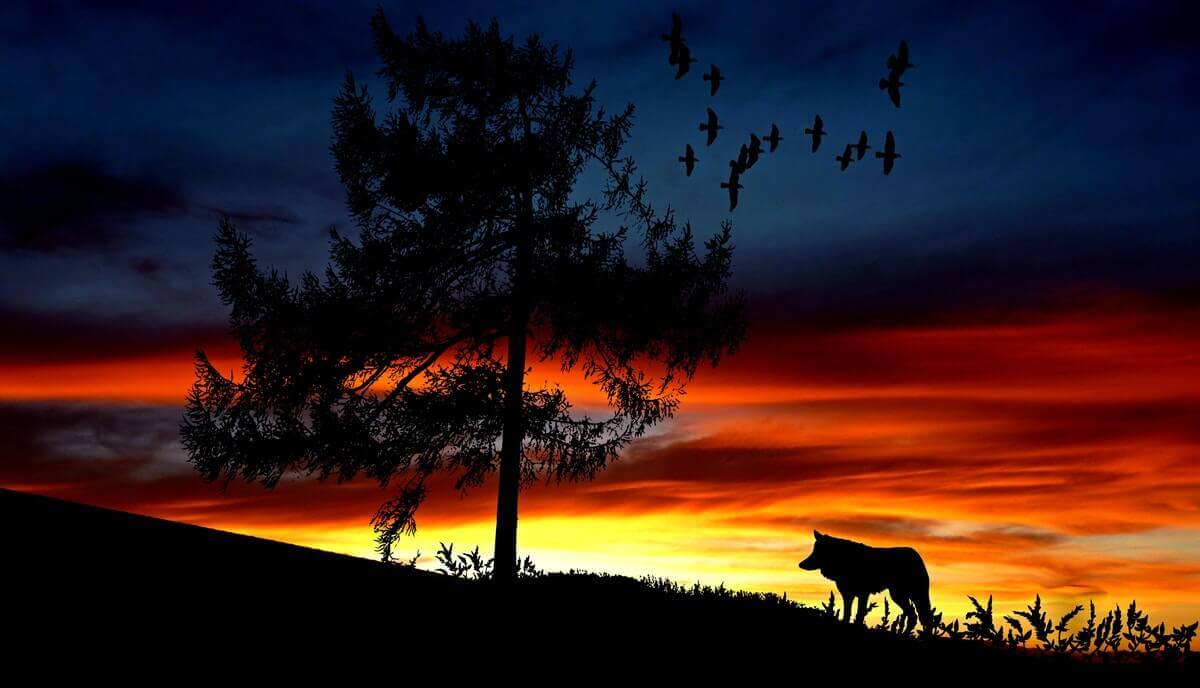 Even though wolves and hawks are completely different animals in many aspects, they do share some similarities. Both species mainly feed on meat and are at the very top of the food chain.

The natural world is full of fascinating stories, but for some people, one question stands out from the rest: do wolves eat hawks?

Yes, wolves eat hawks. However, wolves will not actively hunt hawks, and they will eat them only on rare occasions. Wolves would only eat injured or baby hawks that they came across on the ground. In the wild, the wolf’s diet mainly consists of mammals, such as deer, elk, bison, rabbits, and beavers.

How often do wolves eat hawks?

Keeping in mind that hawks are birds and that they spend most of the time above the ground – it is almost impossible for wolves to catch them.

Besides being hard for wolves to capture hawks, they do not make much of a meal. Wolves hunt and feed in packs. These packs usually count 4-6 wolves on average.

The average size of the grey wolf is three to five feet, and they can weigh up to 150 pounds.

A fully adult wolf can alone eat 20 pounds of meat in a single meal. Having that in mind, a hawk is not enough for one wolf, especially not for a whole family.

In general, a grown hawk has very few to no natural enemies. In fact, only eagles and owls are a true threat to these majestic birds. No land animals would actively hunt hawks.

Consequently, wolves would only target hawks that are basically helpless. Due to injury or some other type of accident – those hawks are usually unable to fly and cannot escape.

Which is an easy snack for opportunistic feeders like wolves.

Yet, these scenarios are not as often, and wolves will eat hawks only occasionally – when the opportunity arises.

There is a common misconception that wolves do not eat hawk eggs. However, they do consume them sometimes and have been found to scavenge nests as well.

Most wildlife experts point out that the only time this type of predation happens in cases when there are high concentrations of both hawks and wolves. In North America, these two carnivores species share their habitats in many areas.

Bird eggs are high in protein, and carnivores animals like wolves would eat just about anything.

In case they come across an egg in the wild, they would eat it without thinking twice.

Do wolves eat other birds?

In general, wolves prefer to eat medium to large hoofed mammals. The bulk of their diet comes from deer, elk, and bison.

Yet, during wintertime, when food is scarce, any meat source is desirable.

Wolves are very intelligent creatures, and they will exploit unique opportunities when needed.

Birds are not considered to be the main staple of the wolf’s diet, but if they get the chance, they would eat other birds as well.

Some of them include:

Wolves typically avoid domesticated birds and poultry due to their natural fright of humans.

In total, only 8 percent of the total gray wolf’s diet comes from domestic livestock (source).

How do wolves hunt?

Wolves are very social animals; they live, feed, and hunt in packs. A wolf alone is a very strong animal, yet its hunting power reflects in their packs.

These canines work together in order to take down animals much bigger than themselves.

Wolves have been evolved into persistent and super durable hunters, that are able to chase their prey for miles until they completely exhaust it. Unlike ambush predators, like lions for example, who hunt in short bursts and they try to catch the prey by surprise.

Wolves would separate and surround their prey, while the alfa would lead the chase.

They usually kill their prey by biting it on the shoulders or neck. Once the prey is down, all members would start devouring it in a chaotic manner.

Wolves eat hawks on rare occasions. Wolves will not try to hunt flying hawks since it is very hard to catch one. Instead, they would only eat hawks that are injured or unable to fly. Wolves are also known to eat hawk eggs if they get the chance.

If you liked this post, you may also be interested in similar wolf articles. Here are some recommended ones: