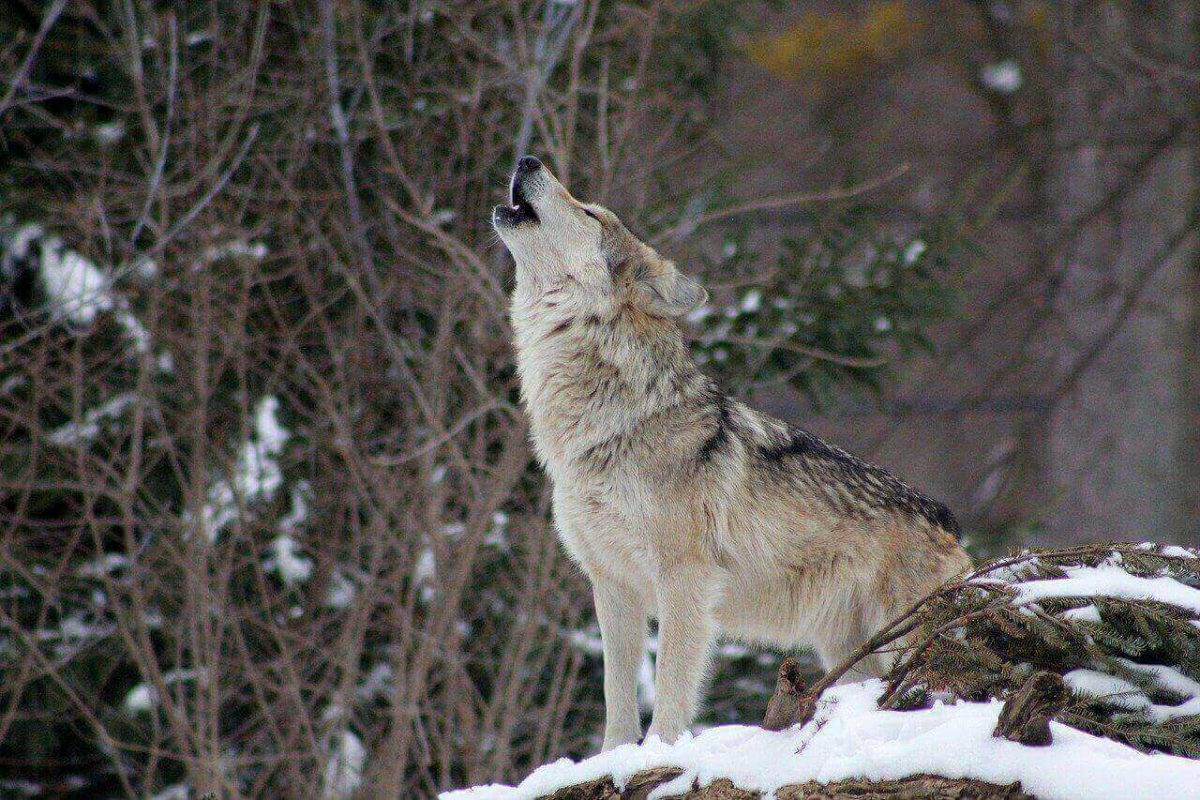 Wolves communicate in a unique way. Besides famous howls, they produce many other vocal sounds unknown to humans. But what about purring? Can wolves purr?

The answer is very simple: Wolves do not purr. Unlike cats, for instance, they don’t express their joy by purring. Still, wolves use many other vocal sounds to either communicate or express how they feel.

But there is a lot more to it. In this article, we’ll go deep into what sounds wolves produce and what their meaning is. Be sure to keep reading this article, as some of the info we have included will blow your mind.

What sounds do wolves make?

Let’s be honest; we all get chills all over our bodies when we think of the sounds wolves make to interact. They are unique in many ways, notably in the sounds they produce, and they are quite talkative.

Some of the most common vocal sounds wolves make include:

The most common vocal sound among the wolves is howling. In most cases, they use it to communicate with the other wolves at long distances. Howling also has several different meanings like:

Even though this may sound odd, the way wolves and dogs bark differs a lot. First, wolves do not bark as long and as loudly as dogs.

They bark just to send the alarm signal to indicate potential danger. For instance, a mother may bark if she senses her pups are in danger and to call for help. Or, they bark to make their presence known and defend their territory.

Wolves growl to issue the warning before the attack. This is mostly associated with food challenges when wolves growl at each other or other animals to protect their food.

When a wolf is whining, it usually indicates friendly and playful behavior. It can mean anything related to “I want” or “I need.” But at times, whines could also be associated with anxiety.

Why do wolves howl at night?

Each wolf has a unique howl. By howling together, they produce more polyphonic sounds which create a unique illusion. It gives you a sense of there being a larger wolf group than there actually is.

Howl sounds travel up to 10 miles.

Wolves can’t purr since they belong to the dog family. This means wolves do not make purring vibration sounds to display their pleasure. Yet, wolf pups make chirp and whine sound when cuddling or playing.

How do wolves communicate with each other? 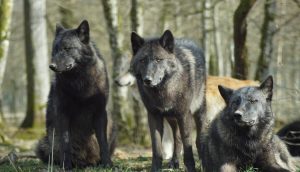 Wolves communicate in a unique way. It is very complex, and we could write a whole book about this topic. Still, we will give our best to explain it using simple language.

Without the ability to communicate, wolves would have a hard time maintaining social stability among the members of the pack. And using vocal sounds is just one way they communicate. They also use:

In packs, wolves use various body postures to show their status. Their posture speaks a lot about their status in the pack. For instance, if you see a pack of wolves – the one who holds its tail highest in the air is the alpha. On the other side, the lowest in the rankings would hold the tail almost between their legs.

Each wolf knows its position in the pack hierarchy. This is the reason why rivalries and fights rarely happen among wolves in their pack.

If a wolf is angry, he sticks his ears straight up and bares his teeth. This is the way they are showing their anger to other wolves. On the other side, a wolf that senses fear would flatten his ears behind the head.

Sense of smell is also a vital communication aspect. Compared to humans, wolves have more than 100 times a better sense of smell.

Every wolf has its own special scent, which differs from other wolves. It’s very much the same as fingerprints on humans.

The scent-marking is the way wolves mark their territories with urine. Members of the same pack have the ability to recognize each other’s urine.

On the other side, wolves from outside the pack would know that an area is occupied by other wolves. This is the way wolves set boundaries between different packs and mark their territories.

How do wolves show affection?

Wolves are very affections animals. They show their affection by sacrificing themselves to protect the family member. Or by sharing the food first with the ones who need it the most when they catch the prey.

Wolves show their affection in many other ways as well like:

Yes, wolves do cuddle. Coming from the same family as dogs, wolves share many similar behaviors with dogs.

In fact, 98% of DNA is the same between these two species. And cuddling is one of the behaviors that wolves have in common with dogs.

As said earlier, wolves are very social and have really strong connections with other pack members. Besides cuddling and playing, wolves would also sleep together in groups.

As we have seen in this article, the vocal sounds wolves use have various meanings. They use them to communicate or express their feelings. The most common ones include howls, growls, whines, and barks. However, wolves do not purr as some other animal species do.

Related: What is Female Wolf Called?