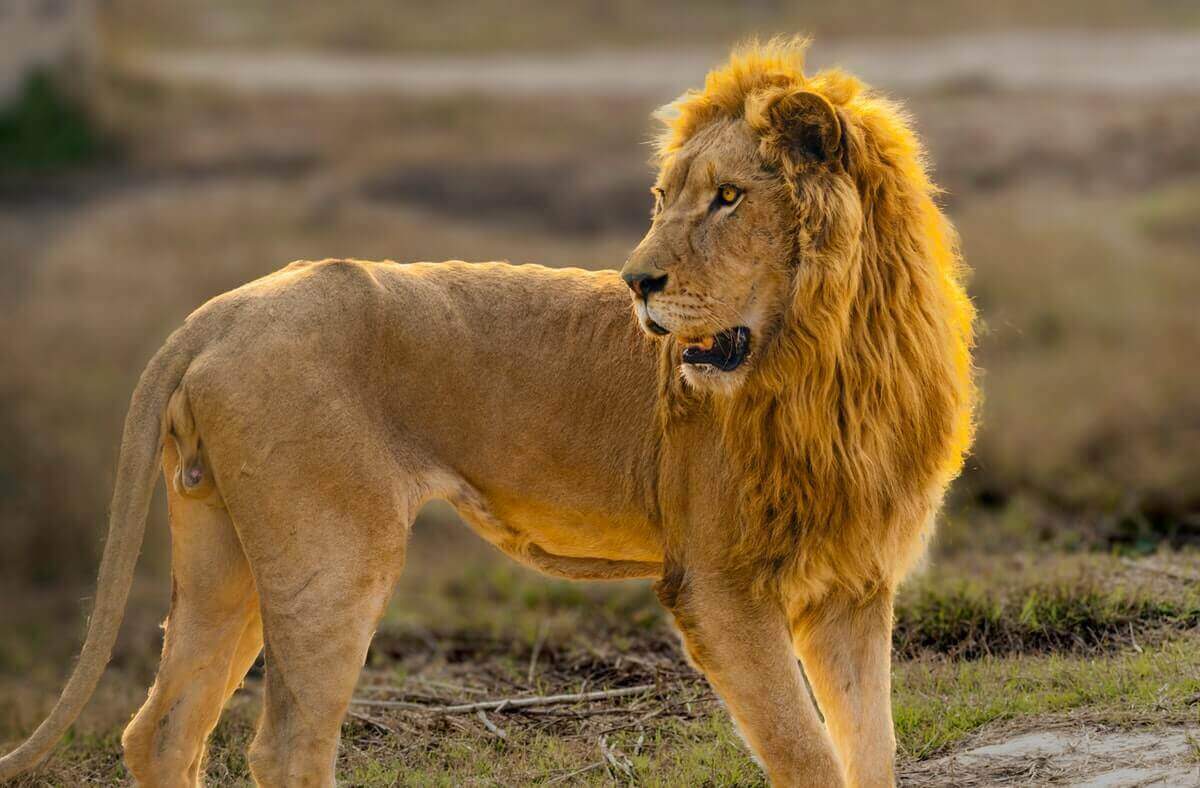 Often referred to as kings of jungles, lions are predatory animals that rule the ecosystems they live in. Known for their meat-eating diets, lions consume appreciable amounts of food.

However, many people wonder if lions hibernate in case of food shortage or cold weather.

So, do lions hibernate?

No, lions do not hibernate in the winter. Lions live in hot African habitats, and during winter, they have enough food to sustain themselves without having to hibernate. The reason animals hibernate is that they lack food sources during the winter, and they have to conserve energy. Lions have access to food all year round, and they don’t go into hibernation.

Lions are the only big cat species that live in the group, also known as the pride. Therefore, they have to hunt large animals in order to feed all family members. Despite needing enormous amounts of meat, lions are not the kinds of animals that hibernate.

Luckily for them, Africa is the home of a variety of large herbivore animals and different wildlife. As a result, almost all wild lions live in sub-Saharan parts of Africa.

Also, Africa’s great migration is an event that lions do not fail to take part in.

Africa’s great migration is the largest mammal migration on the planet. It comprises more than a million herbivore animals that are in search of food and water. Moving within large groups, they are perfect meal opportunities for lions and other African predators.

Regardless of not having natural predators and living in the part of the world that is most widespread with various wildlife, lions are considered vulnerable species because of habitat loss and illegal hunting.

Thankfully, the ones that are still in the wild do not have to worry about the food source.

Lions do not migrate. Lions live in climates where the food source is available during the entire year. Also, there are no wide temperature oscillations regardless of the season, so lions do not have to migrate from their natural habitats.

Most animals that migrate have a hard time finding food sources during the winter. Warm weather and nutritious food are essential for the successful raising of calves.

Lions, on the other side, by being strong predators that live in warm climates, do not face such issues, and they do not change their location during the year.

Can lions survive in the snow?

It would be impossible for lions to survive in the snow. Lions are types of animals that evolved to live in dry and hot climates. Their body structure and thin fur are not suited for cold regions, so they would most likely freeze to death in the snow.

Also, their dietary requirements are immense because of their social way of life, and in the regions covered with snow, there is not enough food for lions to survive.

Unlike snow leopards, mountain lions, or Siberian tigers, which are solitary animals and have special physical adaptations for surviving in the snow regions, African lions are creatures that live only in warm habitats.

TIgers are adaptable creatures that live in different climatic conditions, but they do not hibernate or migrate. Tigers are proficient hunters, and even when the temperature is extremely low and food is scarce, instead of going into hibernation, Siberian tigers will feed on small rodents, fish, deer, and even bears.

Although tigers can survive in a variety of environments and climatic conditions, they require sufficient cover year-round and a steady supply of prey. They usually live near the water, where there is plenty of prey available.

You May Also Like: Do Lions and Tigers Get Along?

Why do animals hibernate?

The primary purpose of hibernation is to reduce body heat production, which requires a lot of energy during cold weather.

Animals usually start hibernating in the winter, starting from late September or early October. Depending on the species, it typically lasts for around six months.

When in hibernation, the body of an animal goes into ‘saving mode’. In other words, animals will slow down metabolic functions, breathing, and heart rate to maximize energy conservation during food shortages.

Besides bears, which are probably the most widely known animals that hibernate, there are several other species that do this physiological feat to survive.

Some of the most recognized animals that go into hibernation are:

Hibernation is a natural process of conserving energy during the shortage of food or adverse weather conditions. Lions and other big cats do not hibernate, instead, they rely on their hunting skills year-round.

Thank you for reading. If you liked this post, we would recommend you another read: Why Do Lions Lick Their Prey?