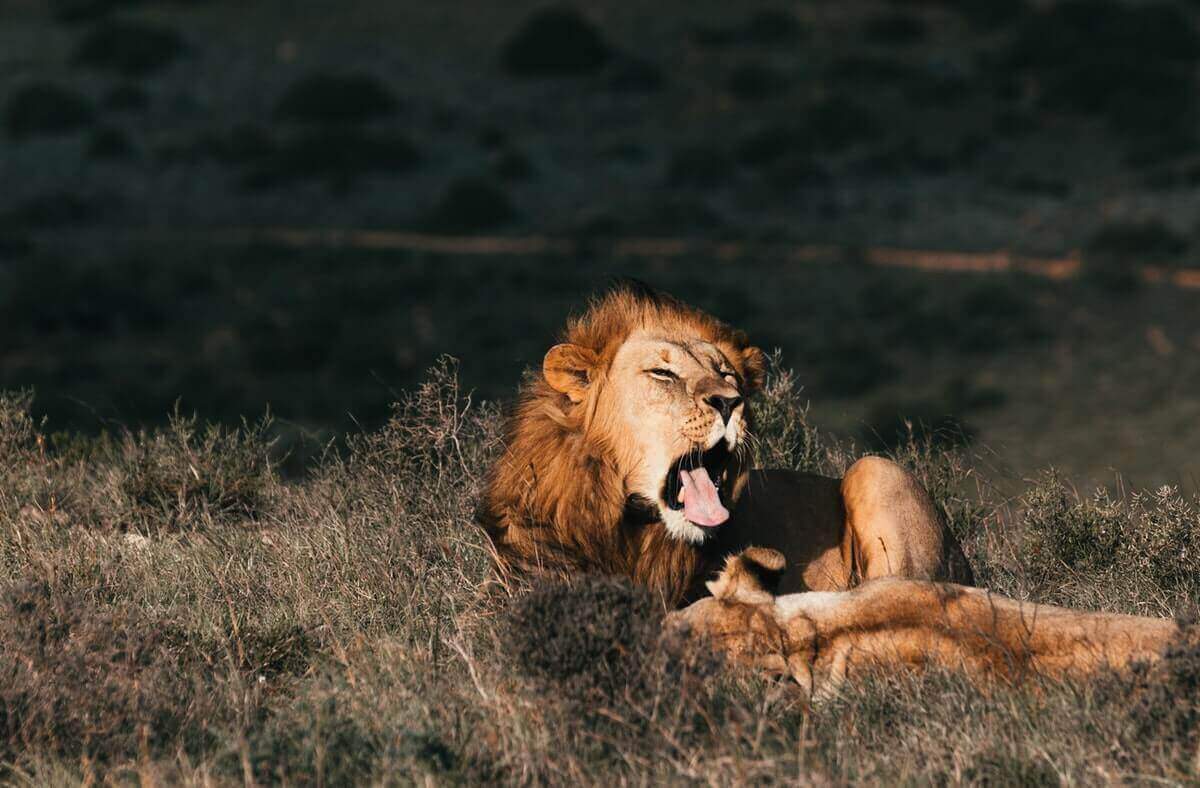 So you went to the Zoo, went on a safari, or watched NAT GEO wild, and you witnessed the king of the jungle, the lion, devouring its prey. Now you have loads of questions – like the typical human you are –and you want answers.

For this article, I will be feeding your curiosity as to why lions lick their prey. Before that, let’s look into the tongue of the lion.

The tongue of the lion is the same as all animals in the cat family, both big and small. The length of the lion’s tongue is covered in minuscule quills called papillae. They are placed facing backward.

On the skin of a human, the lion’s tongue feels like a brush, but if a lot of pressure is applied, the skin of our hand can be ripped off!

Why Do Lions Lick Their Prey?

Life in the wild is different from life in the civilized world. Lions have to chase their meal, while we, on the other hand, can just step into the backyard, and dinner is as good as served.

We have fires to cook our food and hospitals to go to when we eat something careless but there are no doctors in the wild or clever lions that can make fire. All the odds are against the king of the jungle.

But all it takes is a tongue to change the game. Lions might not have fancy fires or doctors, but they can lick their way to a proper meal.

The following are reasons why lions lick their prey.

Lions lick their prey to clean off dirt and remove fur

Humans have a lot of things going well for them: they can stand on twos, they have grilling machines, they can make fire, and they don’t have to run a marathon with their food in the dust for decent dinner.

So what would good would a brush-like tongue do us?

Lions, however, do not have the privilege of making fires and walking on all twos. They have to run a few miles, in dust or mud, to catch lunch.

Lions might be wild animals living in the forest, but they can be quite hygienic when it comes to their food – they do not have a choice as there are no doctors in the wild, and getting ill can cost the kings their kingdom.

Just like we humans, lions prefer to have as little hair and dirt as possible on their food. They might not have fires or knives but they do have bristles for tongues.

So once they get hold of their prey and kill it, the next thing to do is lick off as much fur and dirt as possible from the animal, and voila! Dinner is served.

Another downside to being a lion is having no fingers. Again, just like we humans, it is either one of two things. It is either lion like to be greedy with their food, or they have excellent table manners.

Aside from being greedy and having excellent eating manners, in the wild, every pound of flesh counts even to that last slice of flesh. Humans can pick up the bones with their slender fingers and use their teeth to pick out the flesh in between. But lions cannot do that.

Where we have slender fingers, they have paws that are not slender and are only adapted to walking and not gripping little things. This is why they need their brush-like tongue.

When the bulk of flesh is reduced to little pieces on the bones, lions apply pressure to the bone and lick the bones clean and free of any meat.