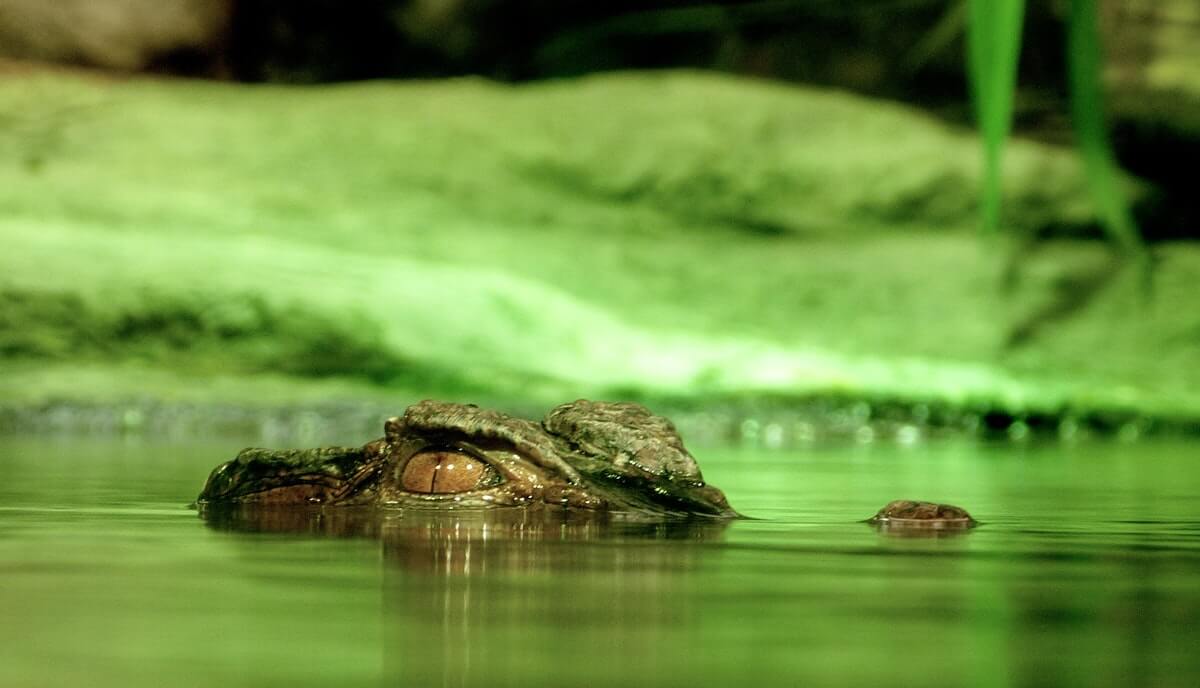 Crocodiles are large and scary predators that have been on earth for more than 200 million years.

The origin of this creature and to which group of animals they belong is sometimes confusing. For many people, the first assumption is that crocodiles are lizards. But is this correct?

Are crocodiles lizards? No, crocodiles are not lizards. Although crocodiles and lizards have the similar body shape and they belong to the same class (Reptilia), they are not closely related. Together with alligators and caymans, crocodiles are part of the Crocodilian order. Lizards, on the other side, are members of the order Squamata.

Lizards are a widespread group of Squamata reptiles consisting of more than 6,000 different species.

Some of the most recognizable lizards include geckos, Gia monsters, iguanas, chameleons, monitors.

The majority of lizard species are quadrupedal, meaning they move on all four legs. Although, a few species are legless and have snake-like bodies.

Most lizards are diurnal, and they tend to be more active throughout the day.

The length of species can vary significantly. From few inches (chameleons) to 10ft (Komodo dragon).

Lizards are very adaptable creatures and can be found in every corner and every terrain of the world.

Most lizards are carnivores, which means their diet is meat-based. When hunting, lizards tend to use the sit-and-wait tactic.

Meaning they will try to catch the prey with elements of surprise, without spending a lot of energy.

The key features of this kind of hunting lie in the lizard’s ability to camouflage and attack from stealth mode.

The usual diet consists of, ants, spiders, termites, cicadas, and even mammals.

The majority of lizards reproduce by laying eggs. Although, some species (around 10% of total lizard species) will give birth to live young.

Crocodiles are large predatory reptiles, and they are members of the Crocodilian animal order.

They are semiaquatic animals that can be found in Asia, Africa, Australia, and the Americas.

Today, there are 13 different crocodiles species, and they can vary considerably in size.

Crocodiles tend to spend most of their time in the water, such as rivers, lakes, wetlands, and saltwater.

All crocodiles are carnivores, and their diet consists of different animals. The diet can vary, depending on the age of the animal.

However, the most common prey includes fish, birds, other reptiles, and mammals.

Out of all reptiles, crocodiles are the only solitary species. Although they do not live in groups, they usually coexist peacefully when sharing the same environments.

With an exception of the saltwater crocodiles. They are usually highly territorial and aggressive, especially adult individuals.

Crocodiles are quite talkative reptiles, and depending on the species and the situation, they can send more than 20 different vocalization messages.

Why crocodiles are not lizards?

First, and foremost crocodiles are not lizards because they belong to a separate animal order. Crocodiles are more closely related to birds than lizards.

Besides coming from a different order, there are other main differences between the two:

The resemblance of lizards and crocodiles at first glance is indeed present. Besides walking in a similar fashion, crocodiles and lizards also have certain physical similarities.

However, crocodiles are not lizards, in fact; they are not even closely related. Both animals are part of the reptile class, but completely different order. Crocodiles are members of the Crocodilian order, while lizards belong to the order of Squamata.