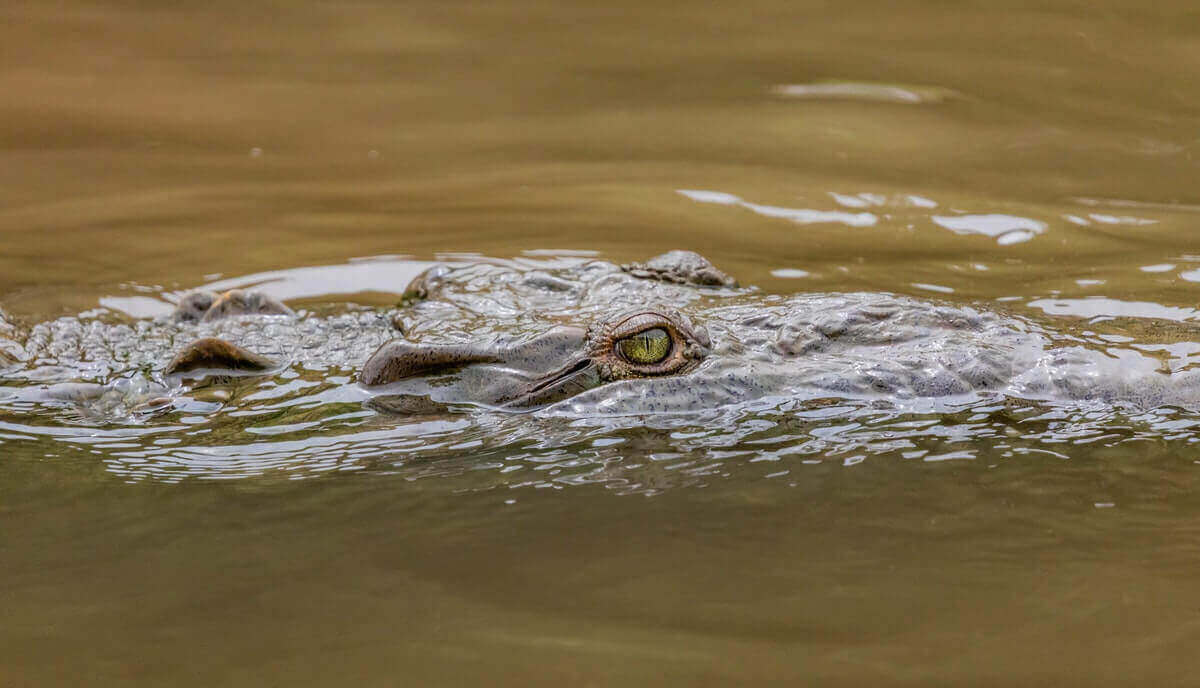 Have you ever been mistaken for your grandfather(mother) or your father(mother)? It is normal for that to happen. You all share the same DNA that has been passed down from one generation to another.

This is the case with crocodiles. It is an innocent mistake; we all must have gone through that phase where we thought some amphibians were reptiles and vice versa when there are not which.

Basic and unexplored knowledge made it difficult for some people to tell if a crocodile is an amphibian or reptile.

But In this article, I will draw a line of dissimilarities between reptiles and amphibians and place the crocodiles on the right side of the line.

Are Crocodiles Amphibians or Reptiles?

Let’s look at what makes a crocodile a reptile.

What Makes a Crocodile a Reptile?

Crocodiles are reptiles because of numerous physical traits, which are peculiar mostly to the reptile class. They possess scales on their skin in contrast to amphibians that have slimy and wet skins. And because crocodiles have scales and dry skin, they breathe using a pair of lungs, unlike the amphibians.

Not only do crocodiles reproduce by laying eggs, as most reptiles do, but they also lay amniotic eggs in mound nests made out of vegetation or holes in the sand, which set them apart from amphibians as they lay their soft-shelled eggs in the water.

Crocodiles are also reptiles because they shade their skin occasionally, which is something amphibians cannot do because they have slimy and moist bodies.

Similarities Between Reptiles and Amphibians

Because reptiles and amphibians are closely related, as they are a class apart from each other and reptiles evolved from amphibians, they have a lot of physical traits in common that would make it quite easy to misplace them.

Basically, reptiles and amphibians belong to the same phylum, vertebrae; they have a backbone and four limbs.

Although they have different characteristics, reptiles and amphibians reproduce their young by laying eggs.

The skin of these two classes of animals has patterns that either camouflaged with their surroundings or have patterns that come as dangerous; all in all, they use their skin to protect themselves from predators.

There you have it. I hope I’ve helped you with the question ‘are crocodiles amphibians or reptiles’?

We ‘probably’ thought crocodiles were meant to be amphibians because of the name. An amphibian sounds enormous and holds a lot of weight, like thought when I was little.

But taxonomists do not classify animals according to the weight of the animal and its name. Rather, they classify them according to similarities in physical traits. Which is another basis for misconception and misplacement of animals in these two classes.

Some reptiles look almost the same as amphibians, like the lizard-like salamander, which is in actuality an amphibian. But they also have distinct characteristics, which can only be found in just one class, like the moist and slimy skin of amphibians and the dry and scaly skin of reptiles.

So because reptiles are cold-blooded, possess scales, fertilize eggs internally, have at least one lung, and lay amniotic eggs and these traits match that of the crocodiles, crocodiles are therefore classified under the class reptile.