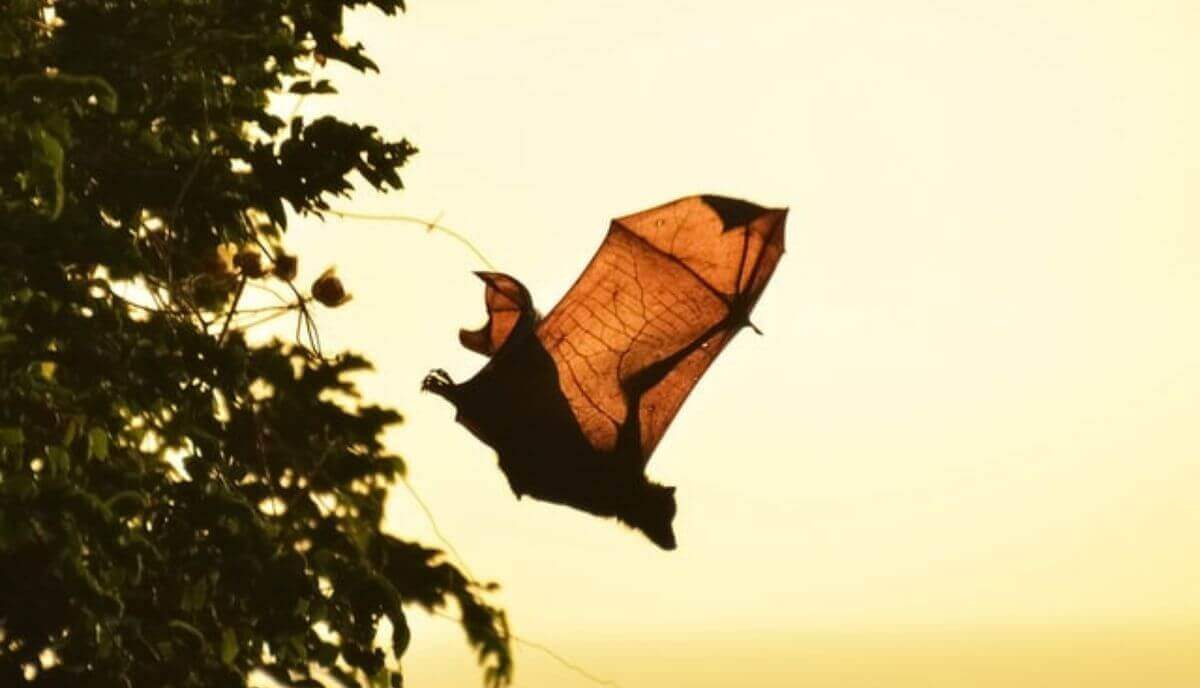 Bats have been around for ages on our planet. Some cultures have very positive thoughts about them and consider them as a sign of protection. While other cultures, mainly in the West, associate bats with vampires, darkness, and diseases.

However, many people are not sure to which animal group bats belong. Are bats birds?

Even though bats have fully adapted wings that help them fly, bats are not birds. Bats are classified as mammals, while birds belong to the Aves class. The main difference between bats and birds is that bats produce milk and give birth to live young, while birds lay eggs. Also, unlike birds, bats do not have feathers.

Bats are one-of-a-kind animals. They hang upside down, they drink blood, and they are the only flying mammals. These characteristics make them different from any other wildlife.

The ability to fly is the reason why people assume that bats are birds or that we can call them like that.

But, believe it or not, bats are more maneuverable than most bird species. That’s because they have specific kinds of wings covered with a thin membrane, making them capable of gliding through the air.

It can be easy to confuse bats and birds, especially in the wild. Imagine seeing a bird and a bat fly high above the air; it’s difficult to recognize them apart. Isn’t it?

However, when they are closer, it’s much more manageable.

Are Bats and Birds Related?

We can say that bats and birds are related to some extent. But it’s more complicated than that.

When we study the wings of bats and birds, we notice that bat wings consist of stretched skin between the bones of its fingers and arm. On the contrary, bird wings consist of feathers extending all along their arm.

Which further implies that bats and birds are related to some degree.

Why Bats Are Not Considered as Birds?

Bats are not considered birds because they are mammals. And birds are considered to be warm-blooded vertebrates. There are many details in the anatomy and habits of bats and birds that make them different.

The primary reason why bats should never be considered as birds is the reason they are mammals. And being a mammal means that they have a specific way of giving birth and feeding their young ones, which birds never do.

Do Bats Have Feathers?

Differences Between Bats and Birds

Bats are mammals, and birds are Aves. Bat’s body is covered with thin fur, and birds have feathers.

Their bones and wings are also different. Bat wings are specific; they are wide and covered with a delicate membrane or patagium. When it comes to birds, they have wings covered in feathers. And, also, unlike birds, bats do not have hollow bones.

The difference in flight is also noticeable. Birds flap their entire forelimbs, and bats flap with their fully spread-out digits that act as a wing.

However, the main difference between them is that, as we all know, birds lay eggs. While bats don’t do it, and instead they give live births.

And what do animals do when they are tired? They sleep, indeed. And how do birds do it?

Birds depending on their species have different styles of sleeping. Land birds will find themselves a branch or a tree cavity to hide and sleep. They will lay down, tuck their beaks into their feathers, and sleep tight. Some birds even sleep standing up, while aquatic birds often sleep while floating on the water.

And what about bats? Bats sleep in caves, rock crevices, and trees, but the exciting part is that they sleep upside down while holding tight with their toes and claws.

The main similarity between bats and birds is that both of these species can fly. That is also the part that makes up confusion when people think that bats are birds or should be considered birds.

To help them fly, both bats and birds have a specific shape of their bodies. They both have streamlined bodies that help them achieve and maintain speed when they are up in the air.

Another similarity is their diets. Both bats and birds eat insects, fruits, and nectar. More than 70% of bat species are considered to be insectivores, while others are frugivores. But some species of bats even eat birds.

It is well known that bats are nocturnal animals, and because of that, they are often referred to as creatures of the darkness. Some birds, like bats, are nocturnal animals, but one well-known species is owls. Owls are similar to bats due to their sensitivity to light and superb hearing that helps them navigate and hunt at night.

Sometimes, when you see a bat in the sky, you may think it’s a bird. From afar, they look very similar and can be easily confused. But when exanimated closely, you can see noticeable differences between bats and birds. They both can fly, but bats are mammals, and birds are not. So, when bats and birds come to your mind, and you start to think about why they are not the same, you will have all of the answers.