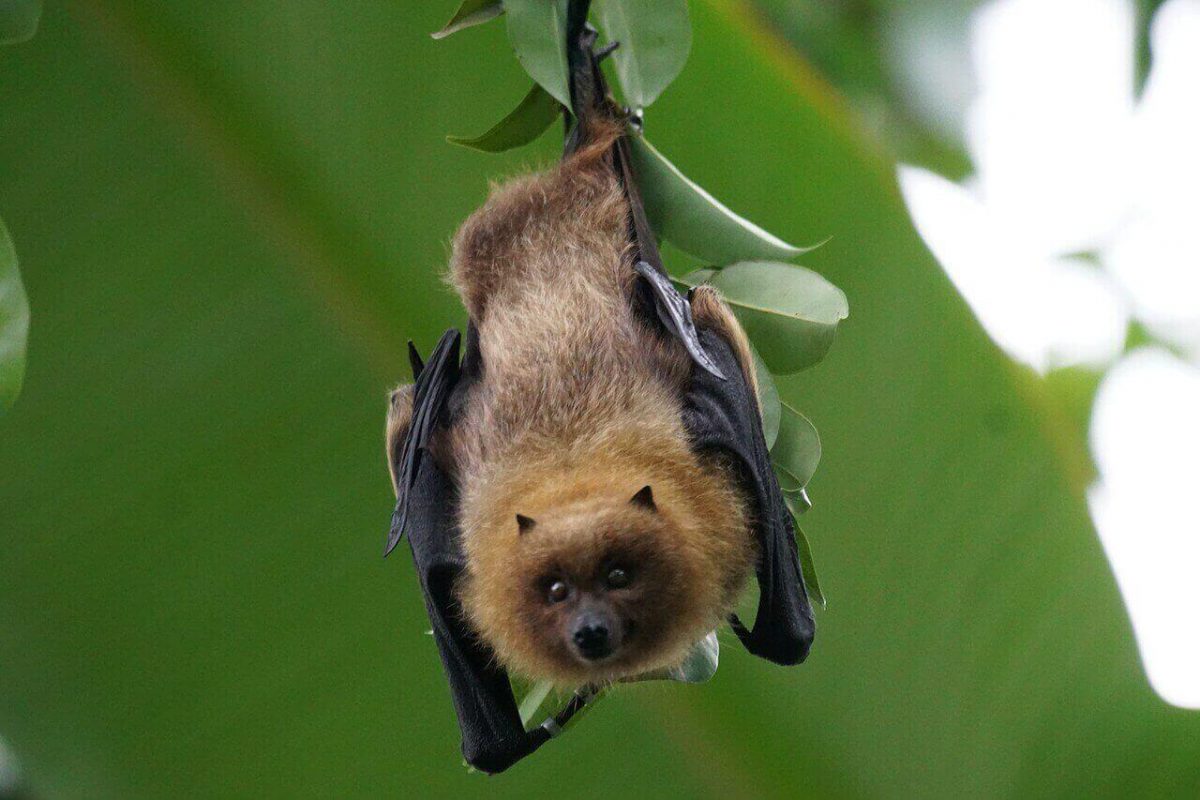 There are many speculations surrounding the species called bats, and it is courtesy of their naming conventions and movies like Dracula. These speculations have given rise to some questions.

Are bats vampires? Do bats feed on flesh? Are bats Carnivores, Herbivores or Omnivores?

Are Bats Carnivores, Herbivores, or Omnivores?

Bats are Omnivores. But they are not true omnivores because they are subdivided into insectivores and frugivores. There are about 1300 species of bats, and about 70% are insectivores. A part of bats are carnivores, some are a mix of both, and only 3 of 1300 species are vampires. However, food selection also depends on the habitat they find themselves in.

Why are bats Omnivorous?

Now we know that just an overlook able percentage of bats are vampires and a whole lot of them are omnivores–which they do not depend on human blood to survive.

There is a slim line between being herbivorous and carnivorous. They can decide to remain as either of the two, not both.

Why keep your choices open? Why are the lot bats omnivores?

The season change is an earth thing. A few months can be cold and others can be extremely hot. Bats are known to be the perfect adaptors.

During cold seasons in the tropic region or winter in the temperate regions, a lot of changes are made, including the bat’s usual meal – insects.

Insects are cold-blooded animals, they thrive in warm locations. Once it gets over their comfort temperature, they retrieve to animal burrows or other close locations to hibernate–other locations where bats cannot have access to them.

When this happens, the bats hibernate or migrate. Most bats decide to migrate. Bats are short-distance migratory mammals. They’ll move their location where it is warmer, or that has more food in abundance.

If there are no insects–which is barely the case–jokes on you still! They can have something else to eat: fruits, occasional carrions for a few, lizards for others, and the minute population, blood–rarely ever human blood.

To satiate their hunger

The little brown bat is about 8.22grams, the equivalent of 0.29 ounces. Eating a few and light insects like mosquitoes and flies is about enough for its relatively small size.

But for bats like the flying fox that weigh about 38.80 ounces, the equivalent of 1,100 grams, the usual meal of the little brown bat is a joke–they will be nowhere close to full! Flying fox bats eat insects together with nectars they get from feeding on flowers and plants.

For other bats, if the mosquitoes and nectar are not “giving”, they can rely on carrions, lizards, and some more small-sized vertebrates. As their eggs cannot fend for themselves, bats lay them in the blood of life stock to provide the necessary nutrients they need to develop. The varieties “are” plenty!

Herbivore’s digestive system was built to process plants in which they have longer stomachs. Carnivores can only eat animals because their digestive system allows them to extract nutrients from animals.

Plants like fiber are very hard to digest, and carnivores do not have these long stomachs to ruminate. Omnivores, as you have guessed, have a digestive system that is an excellent blend of both. Their pH can be programmed in such a way that they don’t need the long stomach of the herbivores.

Having a mix of characteristics has played a huge role in energy. Omnivores do not have to worry about hard fibers and ruminating to get energy.

Bats have benefited from the evolution as they can hold an extensive amount of food in the case of lowering metabolism rates. The variety aids bats who decide to go into hibernation as they can store enough energy for the months ahead.

Yes, some species of bats eat meat. Frogs, amphibians, birds, other bats, and small rodents are the most usual food meat-eating bats. The most common species of bats that feed on other animals are The Spectral Bat, The Ghost Bat, The Yellow-eared Bat, and The Fringe-lipped Bat.

Bats hunt by using echolocation to detect and catch their prey. Bats emit sounds through their mouth or nose. The sounds travel and bounce back off objects or prey in their proximity, allowing them to track their prey.

Once they locate the prey, bats would land and capture them with the thumb claws, inflicting a fatal bite to their neck or the head.

The diet and nutrition of bats largely depend on their habitat. The vast majority feed on insects and fruits, which makes them omnivores. A small part of bat species eat other animals, and they are classified as carnivores. While only a few bat species drink blood, making themselves in the group of so-called vampire bats.

The Bat’s Diet: Here’s What These Animals Really Eat (animalfoodplanet.com)