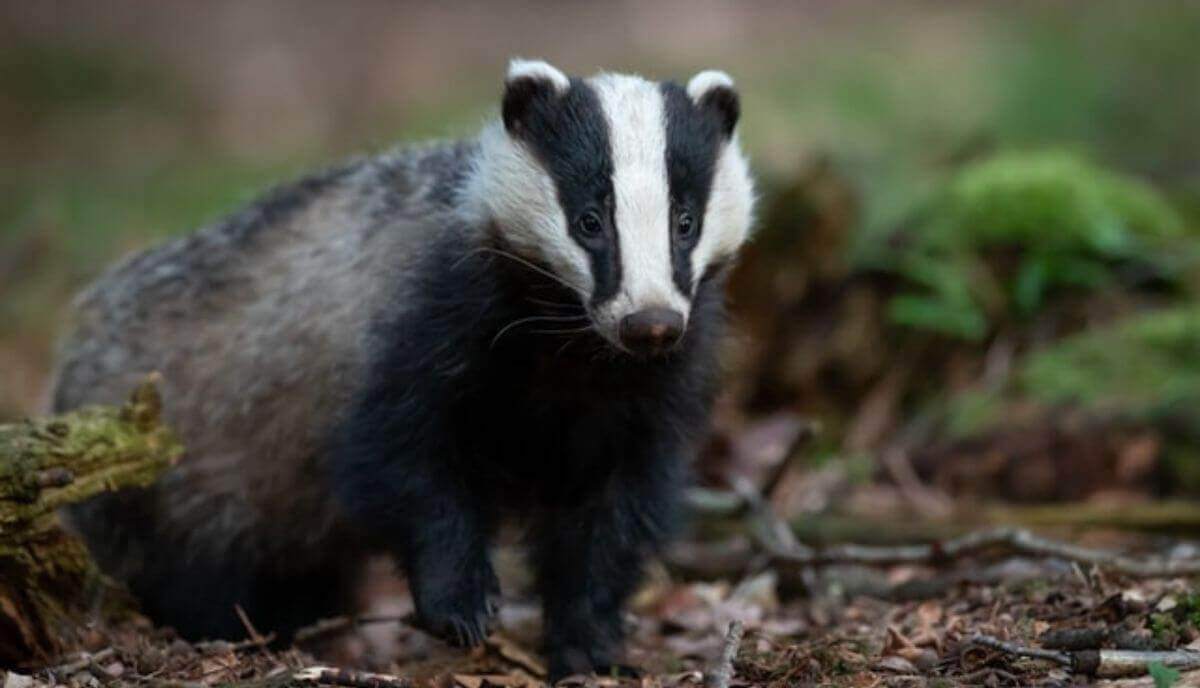 Human beings are obsessed with understanding their place in the grand scheme of things. One of the ways in which they do this is by looking at how to interact with the environment and specifically animals that live around them. It would then come as no surprise that one would want to know, are badgers dangerous?

Badgers are usually not dangerous to people, as they would rather run away than display aggressive behavior toward humans. However, if they feel the danger for themselves or their young, badgers can attack humans in self-defense. So, the best thing to do to keep yourself 100% safe is to stay away from badgers and treat them like any other wild creature.

How Dangerous Are Badgers?

Badgers’ features; short, stout bodies, narrow noses, clawed feet, strong jaws and sharp teeth make them very adapted for the wild. As a species, badgers are very strong and resilient, however, this does not make them necessarily dangerous. In fact, badgers’ interactions with other species tend to be neutral.

They can be found all around the world in a variety of species. Each species displays different characteristics and behavior. Some badger species are loners, while others live in communities that range between 2 and 15 members.

The species found in Northern America chooses to live in previously ‘owned’ burrows abandoned by rabbits or foxes. Most of the other badger species live in communities, digging extensive tunnels called setts.

Are Badgers Dangerous to Dogs?

Badgers are generally not dangerous to dogs as they are quite docile, but they can be. In the past, they were hunted regularly for their pelt and often used for sport whereby, trapped badgers would be pitted against dogs. When cornered, badgers will fight fiercely and can cause great harm to dogs.

Even though legal measures have been taken to protect badger populations, the practice of hunting badgers still continues illegally. One way they are hunted is through baiting whereby their tunnels are dug up and then they are pitted against hunting dogs.

Another way is by lamping; dazzling badgers with light, temporarily blinding them and making them easier to catch. At times, they are shot or attacked by dogs. Additionally, badgers are still being raised for commercial use such as brush making and clothing.

Are Badgers Dangerous to Cats?

Badgers are not dangerous to cats unless threatened. It would be rare that a badger would cross paths with a domestic cat as they live in quite different habitats. However, as human activity continues, and more of the badgers’ habitats are encroached upon and destroyed, this likelihood increases.

Should a badger be kept as a pet, the frustration of not living in the wild would cause the badger to lash out and in so doing, cause much harm and damage. Should a domestic cat be caught in the middle, it could suffer much harm considering that badgers are pretty good fighters.

However, larger cats in the wild, such as bobcats, do prey on badgers.

When frightened or feeling threatened, a badger will hiss and growl and like its cousin, the skunk, will release a musky odor as a deterrent, however, the odor is not as offensive as that of the skunk.

Badgers are not aggressive towards people, and they tend to avoid the presence of human beings. However, badgers can become aggressive when under threat or when protecting their young. When endangered, these Mustelidae can become furious, and despite their docile nature and small bodies, they can hold their own and can fight off larger animals like dogs, lions, wolves, and eagles.

When hunting, badgers are able to hunt and kill animals that move fast such as snakes, rabbits, and birds. They are also strong and can take down prairie dogs. They are bold and will even chase off large animals, such as lions, from a kill. They will dig their prey out of hiding and any creature caught in its jaws will have no way of escape.

Their bodies are adapted for survival; having loose thick skin means it is not easy to get a grip on them. Badgers can literally turn over inside their own skin, meaning that they can wiggle their way out of the jaws of a predator.

The sharp teeth and strong jaws enable their bite to easily penetrate a predator’s hide; their flexible clawed arms can defend them from aerial attacks, and their speed and digging prowess help them hide from danger.

When under attack, badgers will fight ferociously and with resilience. Many a time, a hungry predator will not hunt a badger because the amount of energy it would take to finally overpower the badger would not be worth the amount of food the dead badger would provide.

Badgers do not attack humans as their interactions with other species, including people, tend to be neutral. The only cases when a badger attacked a person were when previously threatened or cornered. Otherwise, the preferred response of a badger when they encounter a human being is to walk away.

Of all the badgers, honey badgers, in particular, can be dangerous to human beings. They are the strongest and most aggressive of the badger family and will trick and even use tools to escape enclosures in their bid to live in the wild where they belong.

Should a badger attack a human being, the badger could cause great harm as they have particularly sharp and strong claws that could seriously maim a person. It is advised that when one encounters a honey badger, they should get as far away from it to safety, as swiftly as possible.

Humans, however, have been more of a threat to badgers than badgers have been to humans. They continue to hunt these animals for sport and commercial purposes.

Furthermore, activities such as agriculture and infrastructural development have encroached on the natural habitat and hunting grounds of badgers, including the eradication of their food sources. As such, badgers have become pests.

The tunnels that badgers dig divert irrigation systems and additionally, pose a threat of injury to horses and other domestic animals. Badgers have also been known to kill domestic animals.

Besides, honey badgers will attack and destroy hives as well. This has made badgers a threat to livelihoods, and thus farmers and bee-keepers will kill badgers to secure their commercial interests.

However, not all badger-human interaction is negative. Since badgers prey on insects, snakes, rabbits, and mice, which pose a threat to human health and livelihoods, their presence within the ecosystem does play a significant part in keeping these pests away from homes and farms.

Summing Up – Are Badgers Dangerous?

In conclusion, badgers are normally not dangerous or aggressive towards humans. Attacks on people by badgers are virtually unheard of as these animals would instinctively run away from the human presence. However, sharp teeth and strong claws of badgers can potentially cause some damage, so it is best to keep yourself at safe distances, regardless of their non-aggressive nature.

Wild animals can be unpredictable at times, even non-violent ones. Sometimes they misjudge the situation and get scared and threatened by our behavior. You do not want to make any wild animal attack you because of your actions. It is always a good idea to read the body language of an animal. It usually tells a lot!

And, this is the end. Thank you for reading, I hope I have helped you to resolve the mystery question “are badgers dangerous”?

I would also like to recommend you a similar read – Are Rhinos Dangerous?