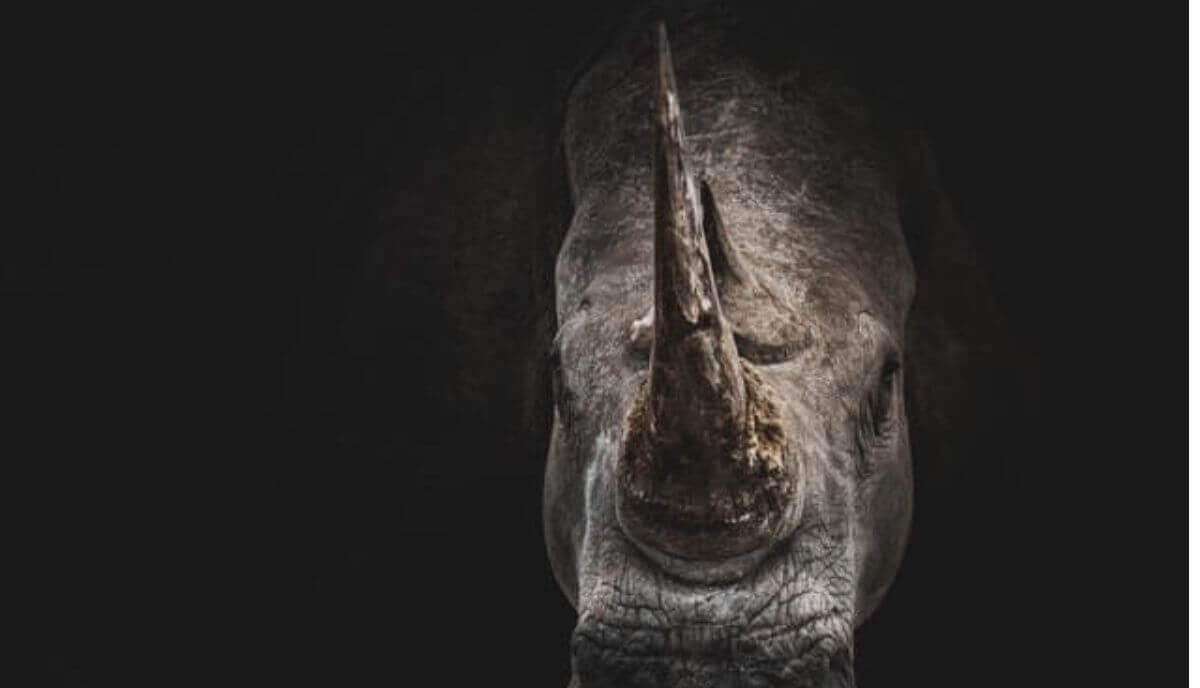 The rhino is the second-largest animal on land, right after the elephant. With a large cylindrical body, fairly short legs, and a small tail, the distinct feature of a rhino is its big horn. A few species of rhinos also have a smaller second horn.

Their robust bodies could bring a question to your mind, “are rhinos dangerous?”.

Rhinos can be very dangerous and aggressive, particularly when protecting their calves. However, rhino attacks on humans are rare, as these horned beasts are generally peaceful and non-violent animals. Yet, if they sense the danger, rhinos will protect themselves by attacking their enemies, so it is best to be careful around them, as they might become quite violent if endangered.

How Dangerous Are Rhinos?

Rhinos are fast and daunting fighters – when they wish to be. They prove to be dangerous if they sense danger around them.

The problem with rhinos is their eyesight is not very great. They cannot see a motionless person standing just 30m away from them and depend on their smelling and hearing sense instead.

So, if you approach them and they feel endangered, their reaction can be unpredictable. Even if you don’t mean harm, they can attack you in self-defense if they feel you are intruding into their territory.

As you may think, rhinos do not generally use their horns to charge their predator, but attack with their lower incisors. Their speed and size can knock out a car filled with people in no time! Therefore, yes, these beasts can be dangerous when they feel endangered.

Rhinos are aggressive, yes. When it comes to aggression, the black rhinos are known to be the most violent species. The white rhinos are more sociable and calmer. However, owing to their easily irritable natures, the white rhinos will charge too – if and when they feel threatened. This could result in human death as well.

It is interesting to note here that both black and white rhinos are actually grey! They are distinctly identified basis their lips – the blacks are hook-lipped while the whites are square-lipped.

Black rhinos will charge readily at anything that they perceive as threats as their nature is extremely aggressive. They have been observed to attack termite mounds and trunks of trees as well. Black rhinos are also infamous for mortal combats where the fight gets so brutal that it mostly proves to be fatal.

According to Wikipedia close to 30% of female rhinos and 50% of male rhinos succumb to battle-related injuries.

Not all rhinos are aggressive, though. The Javan, Indian and Sumatran species are seemingly different from their African counterparts. They are known to hide from danger. If they feel attacked, they will run away, but not forever. They will stop once they feel they have landed at a safe spot.

This is one of the main reasons why it’s easier to hunt them down by humans.

All the rhinos have a personality similar to that of a loner. They are shy and want to stay undisturbed while wandering on their own. They love to walk in open grasslands. So, unless you pose as a danger or seem like a threat to them, rhinos are peace-loving harmless beasts!

Yes, there have been cases where rhinos have attacked humans, although they are rare events. Rhinos show a nervous temperament and like to keep to themselves, but the moment they sense danger, they tend to attack their threat, including human poachers.

Humans need to be extra careful around rhino mothers when they are with their calves. This is one of the most common events when rhinos attack people. Though not only humans but the other predators such as hyenas or lions as well.

The females are overly protective about their kids. Any small sense of threat could trigger the defense mechanism in them, and they would be ready for an attack without a second thought.

If you happen to spot a mother-rhino with her calves, the safest bet is to leave that place at the earliest.

There have been cases when mother-rhinos had knocked over and caused damage to cars when tourist vehicles or spectators came too close to them or their calves.

Here are some tips on how you can save yourself from a rhino attack:

Rhinos can be pretty dangerous if you pose as a threat, as they can attack with their speed and pointy horns and knock any human over in no time. Yes, rhinos do attack, and it’s best to stay away from them!

No, rhinos do not eat people. Even when they do end up attacking humans, they will never attack to prey on human meat. Rhinos are herbivores, meaning their diet is based on plants, not meat. They graze on grass and leaves for the most part.

The diet of all species of rhinos mainly consists of vegetarian items – be it different varieties of fruits, bushes, grass, roots, stems, twigs, or leaves. They are not very fussy when it comes to their food habits; their greens are enough to keep them satiated!

Rhinos get their nourishment from the plants, foliage, and the fruits that they consume, and it is astonishing that they maintain such huge beastly bodies by surviving only on veggies! To sustain themselves, white rhinos, for example, have to eat up to 120 pounds of grass each day!

Being vegetarians, they never have to hunt down their meals. They do not eat meat, be it in any form. They like to be in open areas such as grasslands and prefer to graze through their natural habitat while they look for their grasses and plants for consumption.

As mentioned previously, a rhino attacking a human is a scarce event. It will only charge a predator if it feels threatened, or else, it will wander about in peace, all by itself. Therefore, the answer again is no. Rhinos do not hunt people for their meat.

Summing Up – Are Rhinos Dangerous?

Rhinos can prove to be dangerous animals when threatened, especially the mother rhinos who would do anything to protect their calves from any impending risks. Unless the rhinos feel endangered, they are harmless animals and particularly loners.

It should be noted here that in spite of being “dangerous animals,” rhinos are at risk of becoming extinct. The poachers have been hunting them down to extract their valuable horns, leading to their deaths. This has rapidly reduced the number of rhinos. Adding to it is urbanization and the loss of the rhinos’ natural habitats, which is also decreasing their numbers.

Now it is for you to decide, is it the rhinos who are dangerous? Or is it us, the humans, who are a threat to them? 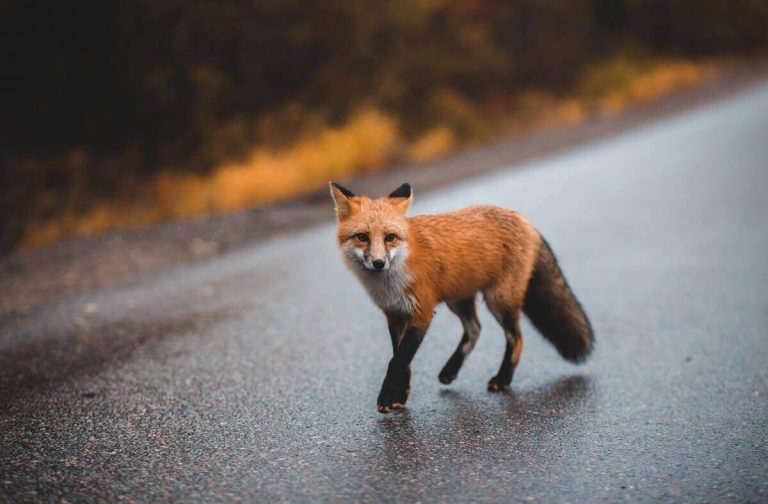 Foxes are wild animals that live on every continent except Antarctica. You can spot them in forests, deserts, villages, and even in urban surroundings like cities. Some people find them… 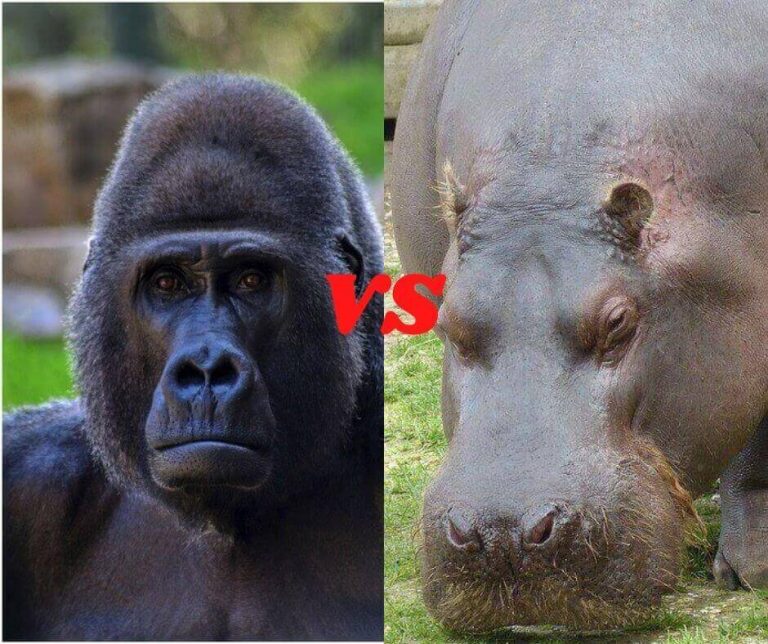 The chance of seeing the fight between a gorilla vs. hippos is close to none. And so, the question of who would win in a fight is not that simple… 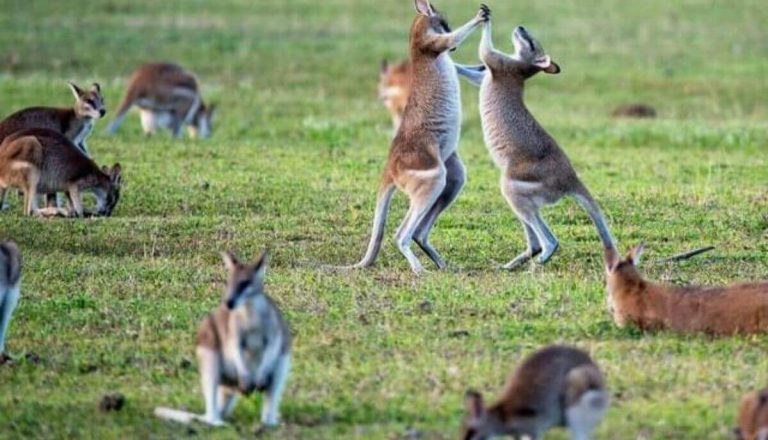 As the world’s largest marsupials, kangaroos are highly social animals, which is one of the main reasons why you would often come across groups of kangaroos rather than individually. Yet,… 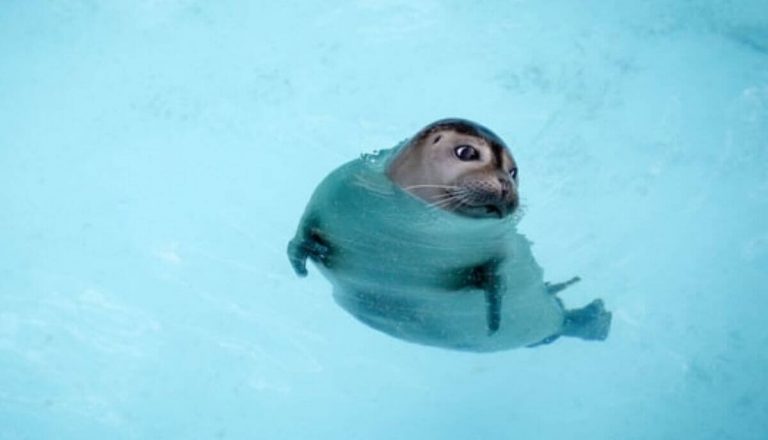 An image that comes to mind when thinking about seals, is that of a colony of seals lying on a beach or ice, sunbathing. Seals are easily identified by their… 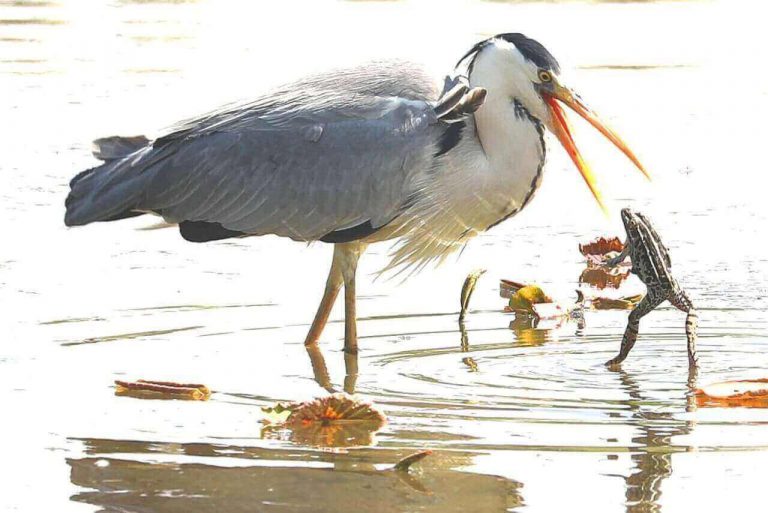 Depending on the time of the year and on the bird, they eat different kinds of food. From fruits to insects, other birds, and even small mammals. But in case… 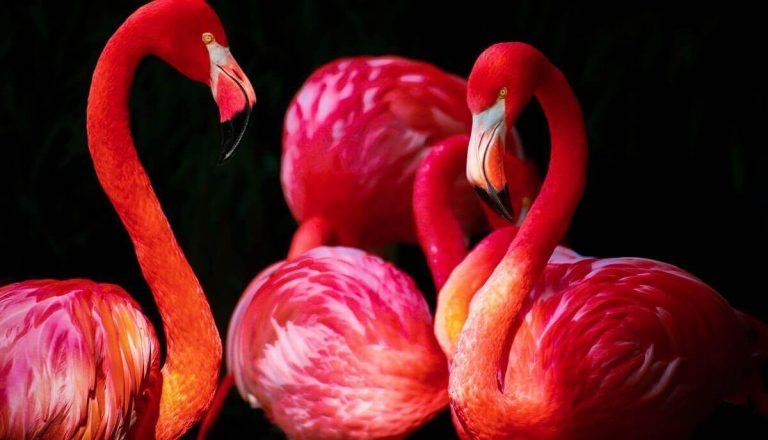 There are six species of flamingos in the world, and all are quite remarkable. Each species has its unique traits. For example, Greater flamingos have their flirt dance as a…