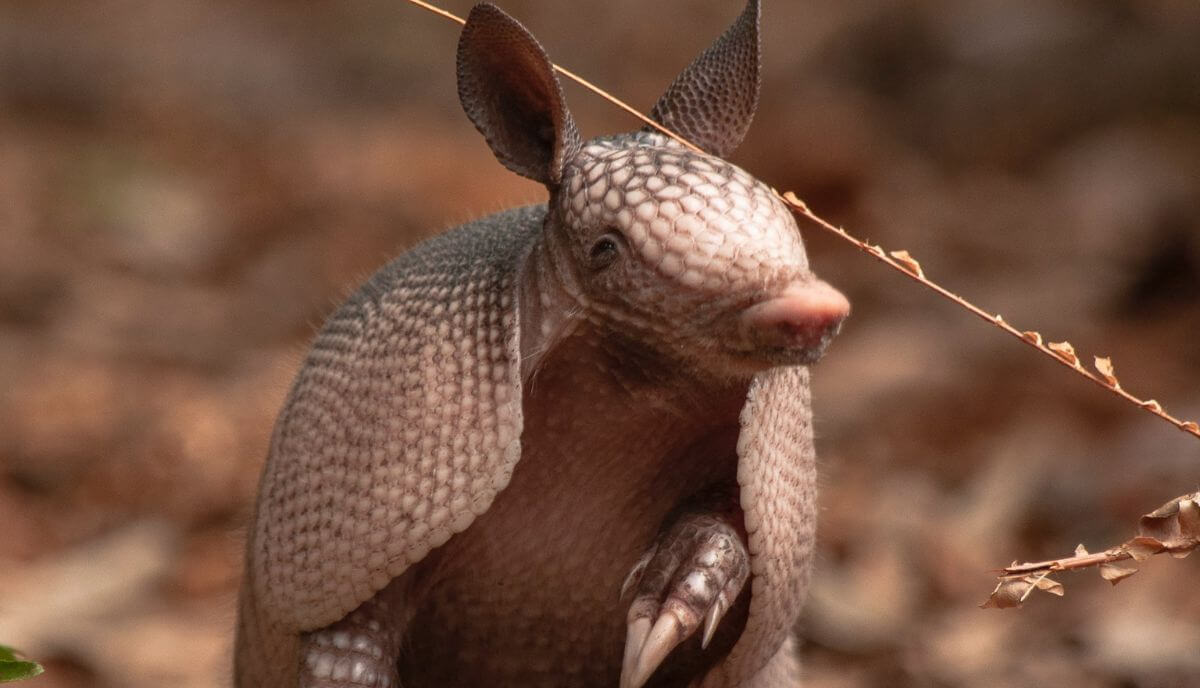 Animals are usually described as physically superior to humans. As a young kid, I always heard my teachers teach how an animal has better eyesight, better physical shape, or better hearing.

So, when I asked a friend for a topic recommendation about animals, she asked whether there are animals with poor hearing.

Surprisingly, there are a lot of animals with bad hearing. Examples of animals with poor hearing include armadillos, salamanders, octopuses, snakes, naked mole rats, and others. Multiple factors influence animals’ hearing abilities, while some of the most common include the structure of skull bones and genes.

But, these animals have ways to adapt to their weak hearing. They use other senses with the help of their body parts.

Let us get to know them more!

Armadillos suffer from almost complete deafness and blindness due to genetics. These mammals rely on their strong smell to hunt for prey without hearing or sight.

Aramdillos’ smelling senses are so strong they can smell things up to 20 centimeters below the ground. It is perfect for hunting their favorite prey, ants.

Besides using it to spot prey, they use their sense of smell to monitor their surroundings. Also, with their long straggly fur, they can feel what they are passing through. It has a similar role to a cat’s whiskers.

So, even if they cannot hear what is happening around them, armadillos can grasp the situation immediately using their other senses.

Naked mole rats, just like some of their cousins, are animals with bad hearing. It has hearing disabilities due to its genetics and anatomy.

Naked mole rats have irregular outer hair cells that cannot amplify sounds. Their lousy hearing can also be attributed to their habitat, which pushed this animal to evolve.

These mammals live underground and spend most of their time in the dark. Naked mole rats are not only almost-deaf animals, but they are also blind.

The results show that naked mole rats cannot perceive quiet sounds and only hear 0.5 and 4 kiloHertz. In comparison, humans can collect sounds between 0.02 and 20 kiloHertz.

Under the sea, some creatures show signs of deafness, including the octopus. However, the term hearing is in the traditional meaning.

Octopus are technically animals with no ears; instead, they have a floppy fin that looks like one. Even without ears or the ability to hear, octopuses are highly intelligent creatures.

They have other ways of sensing sounds around them.

Octopus detect sound frequencies in the water. With their somatosensory system, they can use their body to feel the frequency.

The system is a network of neural structures in the brain and the body. It is an excellent alternative to a fully functioning ear.

Another marine animal with poor hearing is the squid. However, these cephalopods can hear underwater.

It was suspected that squids use an organ called statocyst, other than the usual hearing organ. Prawns were the first animals who have been reported to use statocyst in hearing.

After the successful study, it was confirmed that a squid uses the same organ as prawns to hear. Interestingly, squids hear better than an octopus.

Theories suggest that squids have hearing abilities to avoid predators or communicate among themselves.

Snakes can hear, but they have the least developed hearing senses. However, their excellent visions made up for it.

It should be noted that the snake’s hearing abilities are affected by the lack of a developed ear. They do not have external ears, ear canals, or external eardrums.

Fortunately, their internal ears are developed, which allows them to listen. Snakes can hear people talking as a human voice is within their hearing range.

Common ear disease aural abscess can also cause hearing disability. The condition either came from vitamin A deficiency or bacterial infection.

Earthworms are legless animals anyone expects that cannot hear. They do not have any external indication that they have an ear.

However, like the cephalopods, earthworms rely on other senses to hear. They listen using their touch and vibrations receptors.

Earthworms also do not have eyes, so they cannot see their surroundings. That’s why these creatures spend most of their time underground.

However, they can still evade predators with their receptors. Many of their predators make sounds that creatures vibrations.

Earthworms then sense it as a warning to run away.

Crabs are animals that do not have external ears. However, they have internal ears that allow them to hear nearby predators.

It is sufficient to listen but not as reliable as other animals’ ears. Crabs still respond to sounds they detect.

They also have a neurological response to what they hear (or, more like, feel). In other words, crabs can sense different levels of frequencies.

They also rely on the chemical cues around their environment. However, they might act differently in water than on land.

Under the water, crabs have a more reasonable way of hearing their surroundings.

The last members on our list of animals with bad hearing are salamanders. In fact, salamanders cannot hear a sound.

They are essentially deaf creatures. However, salamanders can still, in a way, detect sounds.

When they touch the ground, salamanders can interpret the vibrations as sounds. Interestingly, they can also detect vibrations in the air. It led scientists to claim that certain salamanders can “hear” sounds through their lungs.

These creatures cannot hear because of a lack of external and middle ears. Not able to listen to a sound, salamander cannot also produce sounds.

In the end, they are technically called deaf due to a lack of hearing organs.