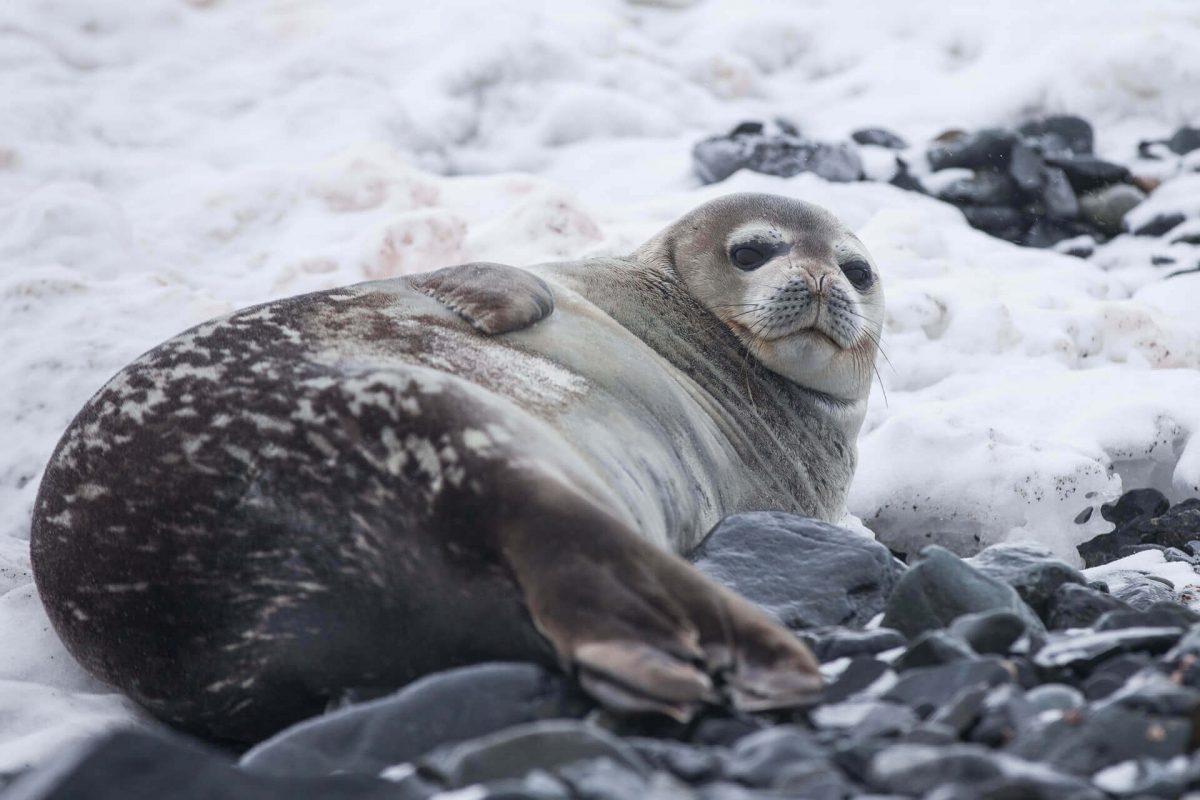 The sense of hearing is one of the most important natural abilities of most animals. Hearing is a universal danger alert, and without it, life in the wild would be impossible.

But what about animals without ears? There are dozens of animal species without ears that still have the ability to hear sounds. For example, all fish and birds do not have an external ear structure; still, they are able to hear.

However, in this article, we are going to talk about nine individual animals without ears. We’ll see what different techniques these animals use to collect sounds around them and which ones have the most acute sense of hearing.

Let us dive right in! 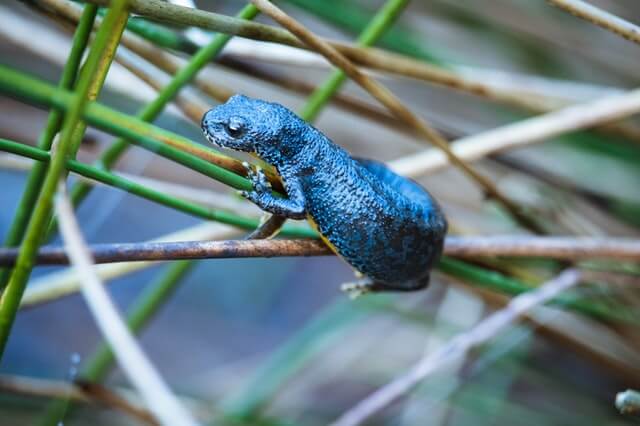 Salamanders are slender body, short leg nocturnal amphibians that are typically found in moist habitats. There are more than 500 different species, some are fully aquatic, others go into the water occasionally.

These lizard-like animals do not have ears but still can detect air sounds. However, salamanders react to ground vibrations more than airborne sounds.

According to Wikipedia, salamanders pick sounds from the ground through their limbs. These vibrations then get transmitted to their inner ears enabling salamanders to catch sounds. 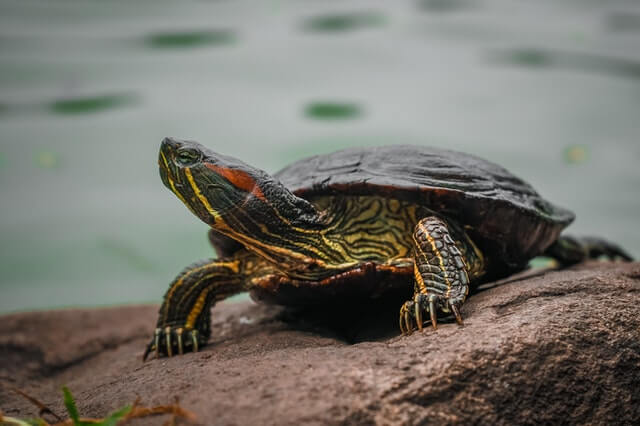 Many people believe that turtles do not hear because they lack the outer ear. Even though turtles mainly rely on other senses, they can hear sounds.

If we compare turtle hearing with humans, they have much less developed hearing abilities. In fact, turtles only respond to loud sounds.

Turtles are almost incapable of capturing low-frequency sounds; however, they can hear much better sounds that have high-frequency tones.

When we talk about underwater hearing, turtles have a much higher hearing scope than on the surface. 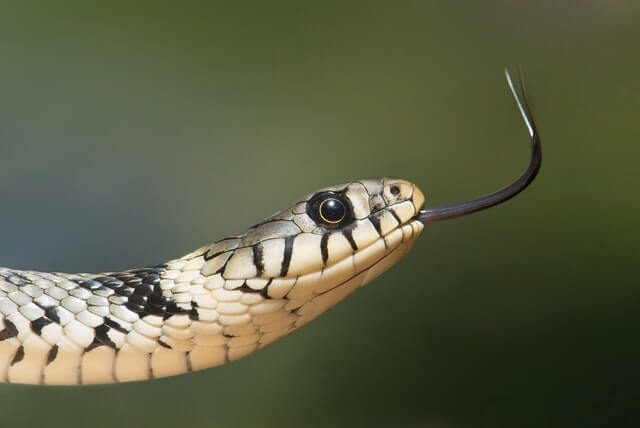 When we talk about animals without ears, snakes are a must mention. These legless lizards, despite not having external ears, have a decent hearing.

Snakes are able to hear sounds through the vibrations on the ground. The snake’s eardrum is connected to the jaw, which allows them to collect the sounds from the ground.

However, snakes can’t hear high-frequency sounds because these sounds come through the air. As a result, sounds that come from the ground are something that snakes mainly rely on. 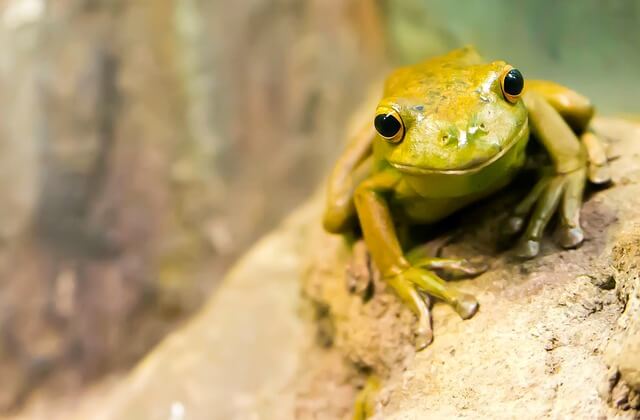 Frogs are known for producing a variety of sounds during courtship. But how good can these amphibians hear without ears?

Despite not having external ears, frogs have inner ears and eardrums. Not only they can hear sounds, but they can hear up to 38 kHz (the highest among any amphibian).

Humans, for comparison, can hear up to 20 kHz and usually talk at 2 to 3 kHz.

The frog’s eardrums are connected to their lungs. Because of that, frogs can produce such high-volume sounds without damaging their own eardrums. 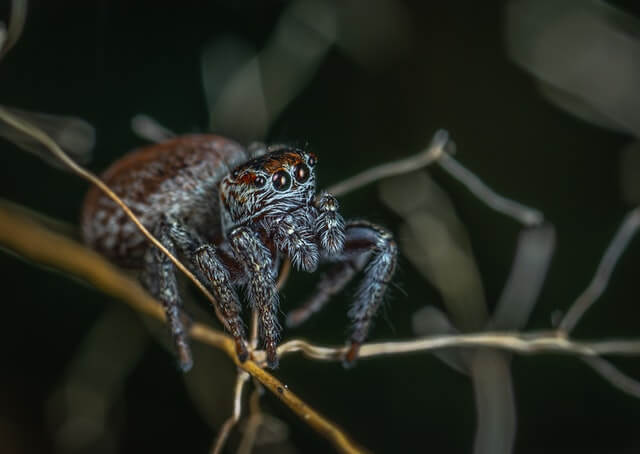 Another animal without ears that is able to hear is the spider. Recent studies have shown that these arachnids lack eardrums as well. So how good can they hear?

Spiders use the hair receptors on their legs to collect sounds.

Until recently, scientists thought that spiders weren’t capable of capturing sounds that travel through the air. However, further studies have confirmed that spiders can also hear not only surface sounds. 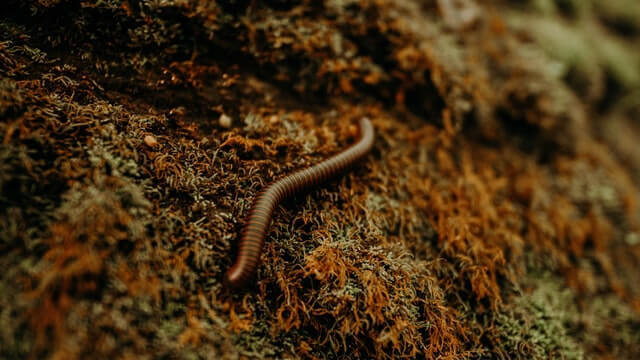 Despite not having ears, worms can detect sounds through the body. They collect the sounds by sensing the ground vibrations that happen near them.

Worms are able to detect vibration sounds from within the soil surface or directly from the ground. These vibration sounds are typically alarming signs of potential predators roaming nearby.

Worms also have no eyes. But instead, have light receptors, which help them distinguish day and night. 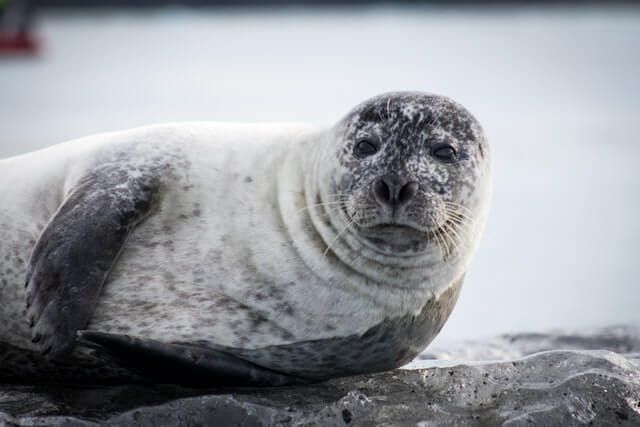 Regardless of not having external ears, harp seals are animals that have a well-developed sense of hearing. Especially underwater.

When submerged, seals’ hearing abilities are astonishing, with the scopes over 60.000 Hz. On the other hand, when seals are onshore, their hearing is similar to ours.

Even though their hearing is more developed for underwater, harp seals have an excellent directional hearing in both water and air. 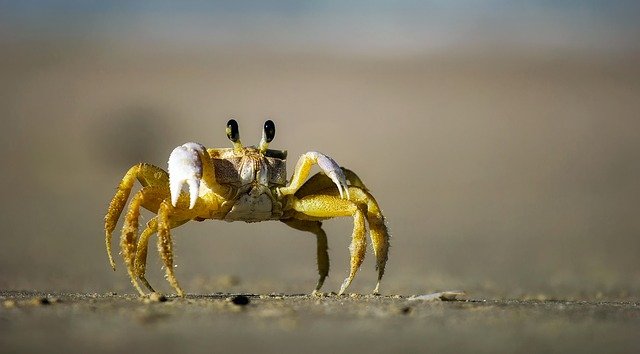 Crabs are one of those animals without ears that actually have a not-so-great hearing. Crabs can only hear low to mid-frequency sounds, and only from close range.

When detecting sounds, crabs use their antennae and sensory hair on their legs to catch vibrations.

Generally speaking, crabs mainly rely on their smell senses, and they are pretty much not sensitive to sounds. In fact, crabs probably do not hear high-frequency sounds at all and may only react to lower frequencies. 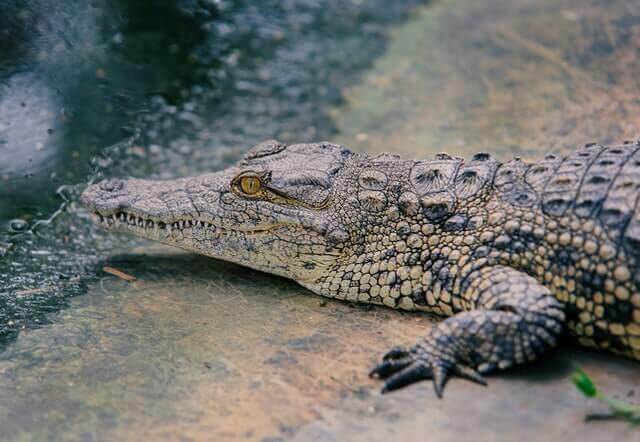 Speaking of animals without ears, crocodiles are the last must mention species. These scary predators have acute hearing abilities despite not having external ears.

Crocodiles have openings just above their eyes; these openings lead to the inner ear. The inner ear is responsible for the crocs’ great hearing.

However, when submerged, these openings close to prevent water from going inside their ears. As a result, when underwater, the crocodile more rely on water vibrations than the actual sounds, as is the case on land.

The crocodile’s hearing is most reactive to sounds in the range of 100 – 3000 Hz. Although, some species can detect frequency sounds of more than 8000 Hz!

According to LiveScience, the crocodile hearing is so acute it can hear its baby calling from inside its egg.

Final thoughts on animals without ears

Everyone being on the planet can hear. We have seen that even animals without ears find a way to hear sounds one way or another.

Although, hearing range (frequency) can significantly vary between animals depending on the hearing importance in terms of survival.

Either way, hearing is such an important survival sense, and without it, the world would be a different place.