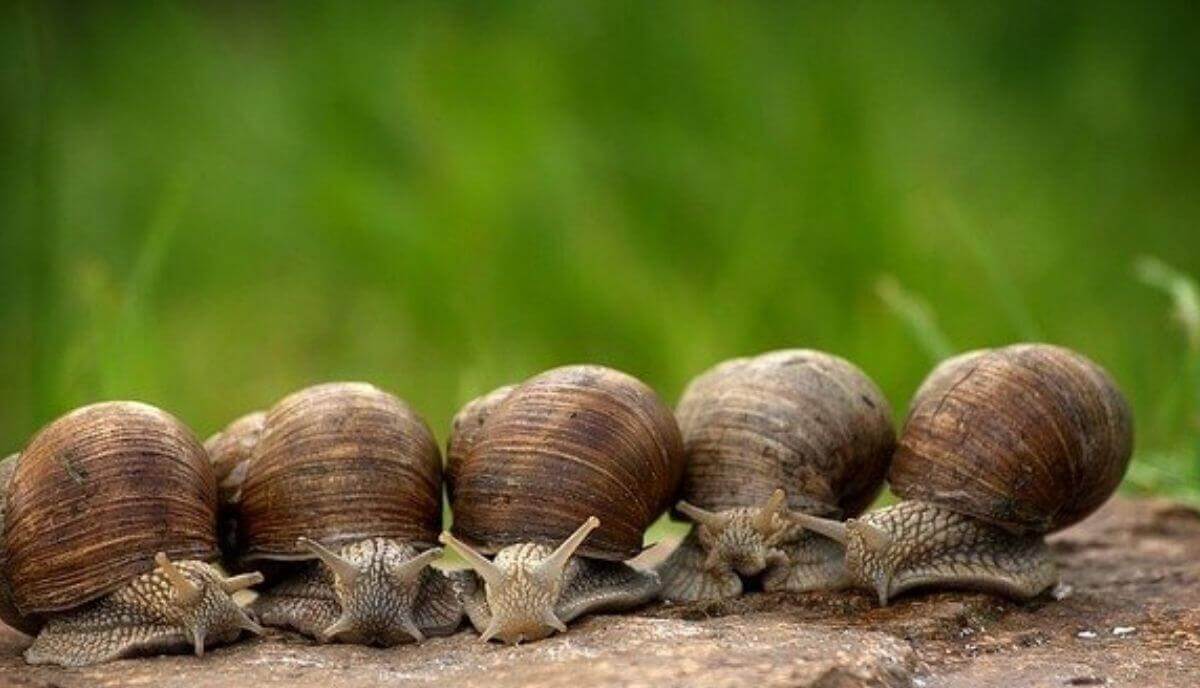 If there is one thing in the world that constantly takes us in amazement, it is nature. Each one of nature’s creatures is unique and interesting in its own right, and animals with no legs are also a notable part of that list.

When it comes to animals that don’t have legs, anyone would immediately think of snakes. Rightfully so, snakes are the most popular legless animals, belonging to the squamates family.

Yet, a few other creatures are able to move from one place to another without having legs.

Mollusks refer to a large number of species of invertebrate animals. Invertebrates are those animals that don’t have bones or vertebral columns (hence the name!).

Mollusks have an unsegmented, soft body, and they also fall in the category of animals that don’t have legs. When we say a large number, we mean more than 100,000 species of mollusks that can be found around the world. They typically live in damp and aquatic areas, like the ocean or freshwater.

Some of the most commonly known mollusks that are also animals with no legs are snails, mussels, oysters, clams, squid, and octopuses.

Before you ask, no squids and octopuses also don’t have legs; what they have are tentacles, which they use for grabbing and to sense their surroundings.

Many species of mollusks have a hard, protective shell, and their bodies are almost always slimy and fleshy.

Though it seems like they have legs, seals, sea lions, and walruses have what is called flippers, and not legs.

These marine mammals are collectively called pinnipeds, which is an indication of their flippers. Despite spending most of their time in the water, these legless animals are highly capable of staying on land for a long time.

Pinnipeds use their flippers to move easily and freely in both land and water. In the case of seals, their front flippers allow them to pull themselves out of the water and move around.

Of these three animals without legs, seals are smaller and better adapted to the water. When it comes to land, however, seals move more like caterpillars, whereas sea lions and walruses can move on land easily by rotating their hind flippers.

Yes, we were confused if fish were animals too! But, yes, fish are scientifically classified as animals – aquatic animals. They are vertebrates, which refer to animals with a backbone.

So, do fish have legs? Duh! No, they don’t! Well, at least most of the species don’t have legs.

We say most because some recent studies have found a few types of fish that do have legs.

Recent findings aside, fish typically have fins that help them maneuver in the water, and they don’t have anything to do with limbs or legs that can otherwise be used to walk on land.

Another creature that moves without the use of legs is the earthworm. Earthworms are also animals that lack bones, arms, and even eyes.

Worms are crawling animals that use a set of bristles, called setae, which prevents the animal from slipping while moving. Since they live underground, these small bristles allow them to grip the soil as they move.

The speed of crawling is different among species. Typically the larger earthworms move faster than the smaller ones.

Another strangely interesting fact about these limbless creatures is that they are hermaphrodites.

How can we skip snakes when it is legless animals that we are discussing?!

As you know, snakes are reptiles and have no legs. Then, how do they move? The scales on their body help them navigate; their body muscles apply pressure to the scales to push them against the ground, thereby enabling these animals without legs to move.

Besides having no legs, snakes are animals without external ears, and they rely on ground vibrations in order to hear.

Snakes are called ectothermic animals, which means they cannot regulate their body temperature alone, but instead, they depend on their environment for heat. This is why they are widely referred to as cold-blooded animals.

Interestingly long time ago, snakes did have legs. But, as the ancestral snakes evolved to hunt and live in burrows, they are known to have lost their legs during evolution.

Legless or limbless lizards are reptiles that are often mistaken for snakes. Though snakes are legless lizards themselves, technically, they deserve a separate spot on this list of animals without legs, because there are other less dangerous and less popular lizards.

In fact, there are more than nine species of legless lizards found, the most well-known of which are: Slow Worm and Worm Lizards.

Also called a blindworm, a slow worm is a legless lizard that is native to the UK. The term “blind” in their name refers to their small eyes.

The most common of more than 200 species of worm lizards are the Iberian Worm Lizards. They are widely found in the European region and have no visible legs.

How to differentiate a legless lizard from a snake?

As animals without legs, legless or limbless lizards look very similar to snakes and are oftentimes mistaken for poisonous creatures. Here are a few pointers to differentiate a legless lizard from a snake, so you don’t harm one unknowingly:

What are limbless animals called?

There is no specific name for legless animals because these are animals that have evolved into legless forms to survive their living conditions. However, each of these animals has a scientific name and species name of their own.

Are there any limbless mammals?

There doesn’t seem to be a limbless species in mammals because they cannot move their vertebrae laterally, which is basically how legless animals move. Since this movement is hard for mammals and animals with rigid and short vertebral columns, mammals cannot be limbless.

What animal has the most legs?

The world’s leggiest animal has an astonishing 1,300 limbs. This creature lives deeply underground the surface, and it is known as the millipede. Millipedes are invertebrates with long bodies that resemble worms. Also, like their lookalikes, millipedes are crucial for our ecosystem, as they spend most of their time decomposing plant material.

Mother nature is truly amazing. When you think about animals with no legs, you probably think of helpless creatures, but the reality is opposed. These animals may have no legs, but they evolved uniquely and yet fit perfectly into the world.

And there you have it, you’ve come to the very end. We hope you liked the article and that you’ve learned something new about these limbless creatures.

At the very least, you’ve boosted your wildlife knowledge, and you’re now ready for that pub quiz with your friends!

Here’s a recommendation of a similar read: Toothless Animals