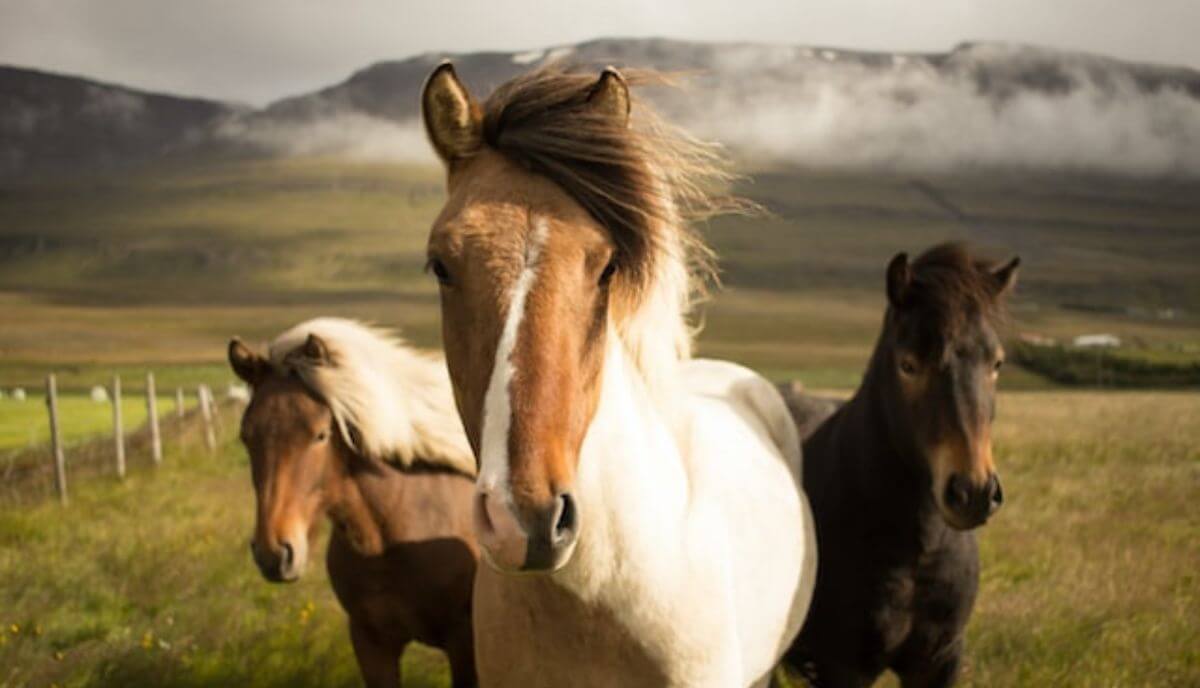 Regardless of their shape, size, or color, all animals are beautiful and unique in their own way. But some animals take the word beautiful to the next level.

The beauty of these animals can light up the room and turn its surrounding into a wonderful piece of art.

In this article, I curated a list of the ten most majestic animals you’d encounter.

Most Beautiful and Majestic Animals 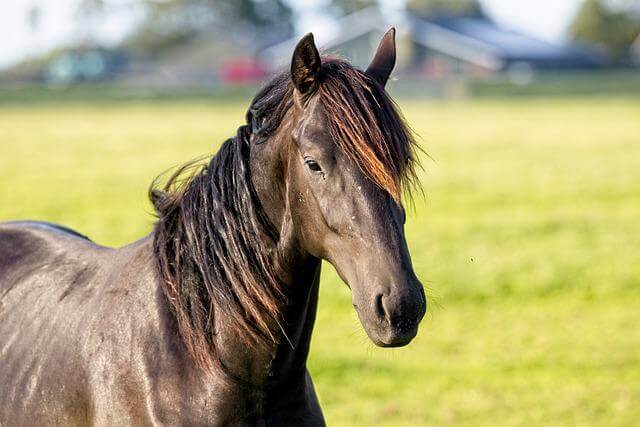 All horses are beautiful, but Friesian breeds are outright majestic animals. A Friesian horse has glossy black skin and an incredibly long flowing mane, which are not their only appealing features.

What makes Friesian horses majestic is their exceptional trot, a brisk and high step.

In addition, Friesians can be playful, active, and willing, but when it’s time, they are gentle, calm, elegant, and command an air of respect.

As you’d notice from their names, Friesian horses originated from Friesland in the Netherlands. But there are crossbreed species and pureblood Friesian horses in North America today.

These magnificent animals feed on high-quality grass as well as mixed grains. 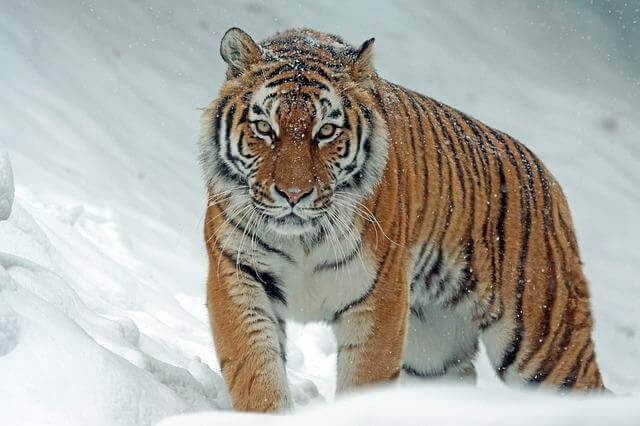 Siberian tigers are fierce predators of the jungles of East Asia. Not only are these animals the masters of disguise and stealth, but they are also some of the most majestic animals of the forest.

Siberian tigers belong to the cat family, and as big cats, they are the original catwalkers – and you can’t outdo the doer.

To its prey, A Siberian tiger is a formidable blood-thirsty predator, but to onlookers, it is a powerful beauty.

As an animal with patterns, the tiger blends with its surroundings and hunts its unsuspecting prey almost seamlessly. Siberian tigers are among the most majestic creatures you will ever see, even when they are not actively pursuing.

Tigers move with grace and assurance, putting one leg in front of the other as they walk across their habitat. Being apex predators in every setting they live in, these huge cats radiate dominance.

These powerful yet elegant animals are about 11 feet long and weigh between 400 – 700 pounds. 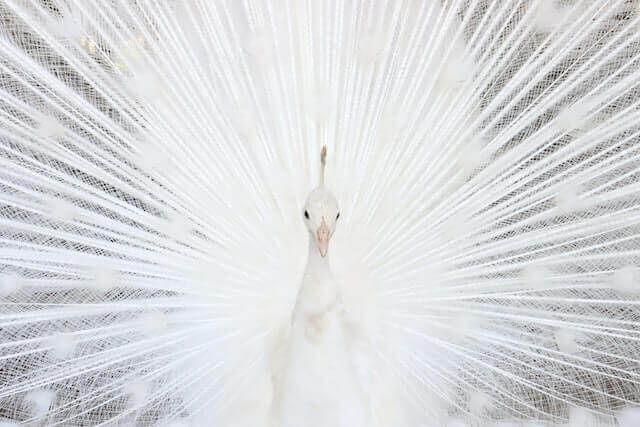 Peacocks are beautiful animals; it’s no longer a secret, but have you seen white peacocks?

Just like in humans, dimples that look pretty are actually a defect. The same goes for white peacocks.

A white peacock is a result of albinism. But that doesn’t change the fact that white peacocks are gorgeous animals – and they know it.

A white peacock is that animal you’d want on your photo shoot. It walks with an air of elegance, and when it spreads out its tail feathers, the world becomes a lot brighter.

And they don’t just simply spread out their feathers – they make a show of it. Most white peacocks are all white, but some retain the color in their tail feathers.

Most peacock populations are found in Southeast Asia, India, Sri Lanka, and the Congo basin. 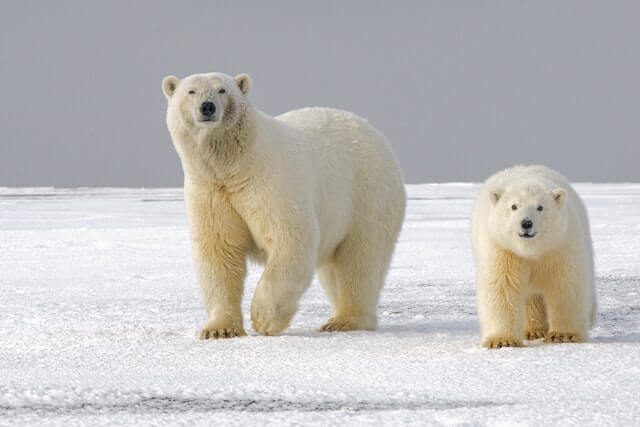 White is the color of elegance, and Polar bears are animals with white fur. They live in the Arctic and prowl ice-covered waters.

Not only do their white coats insulate them in the ice-cold climate of the arctic, but it is also what makes them beautiful animals.

The Arctic king is the name given to these ferocious carnivores who sit at the top of the food chain.

Despite their huge size, Polar bears are incredible runners and phenomenal swimmers. A strutting polar bear in a blizzard is a sight for the eyes.

The elegance of polar bears lies in their assured stride on the ice ground, in addition to their stunning all-white coloring. 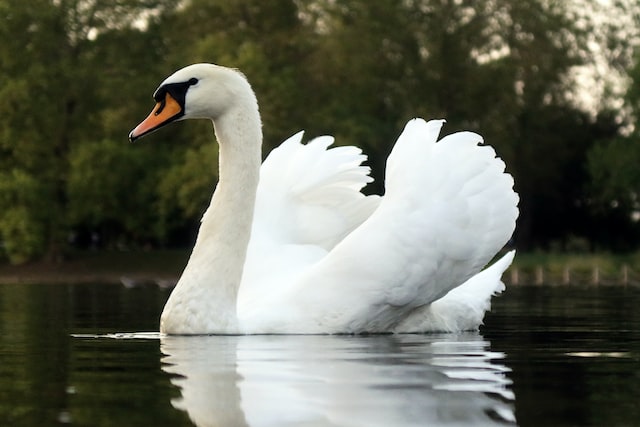 The fact that the Queen of England claims ownership over all unmarked mute swans in the UK should tell you just how vital these majestic birds are.

A mute swan is a large waterfowl with an all-white plumage and a long neck. It spends most of its time cruising in lakes as well as ponds.

A lake can be the blandest sight you’d behold until a mute swan steps in, turning the water into a picturesque scene.

Finally, mute swans are less loud than other swan species, which is a quality associated with beings of the highest grace and poise.

You May Also Like: Most Evil Animals In The World 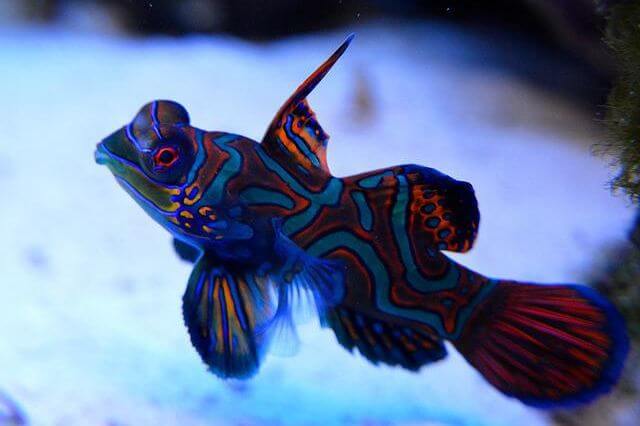 The mandarin fish is one of the sea’s most colorful and appealingly patterned fish.

These attractive animals have a yellowish orange body striped and dotted with different shades of blue (turquoise, teal) as well as light green.

A mandarin fish coined its name from its resemblance to the robe of mandarins of imperial China. A mandarin’s robe is usually as colorful as a mandarin’s fish body.

A Mandarin fish with the same patterns and colors as a mandarin’s robe gives a somehow impression of royalty.

And even though they are just ordinary fish leading normal fish life in the sea, to me, they are majestic animals worth watching for hours.

Mandarin fish live about 3- 59 feet deep in inshore reefs and coral of the western Pacific Ocean. 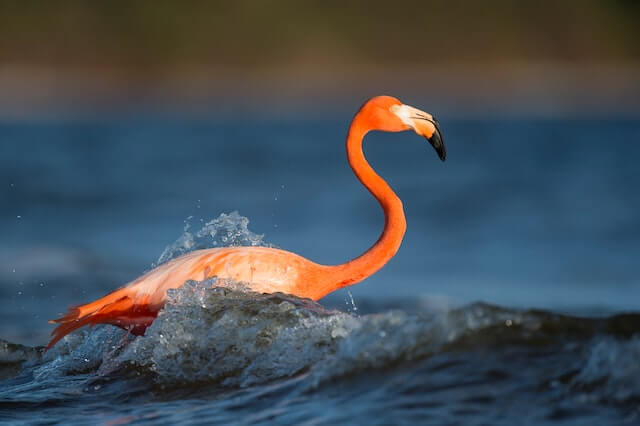 Speaking of beautiful and majestic creatures, we must not forget American flamingos.

These pink birds are some of the most brightly feathered animals on the planet. Flamingos get their iconic coloration through food intake (shrimps and cyanobacteria), which are rich in beta carotene.

It’s impossible to look at these stunning birds without being entranced. 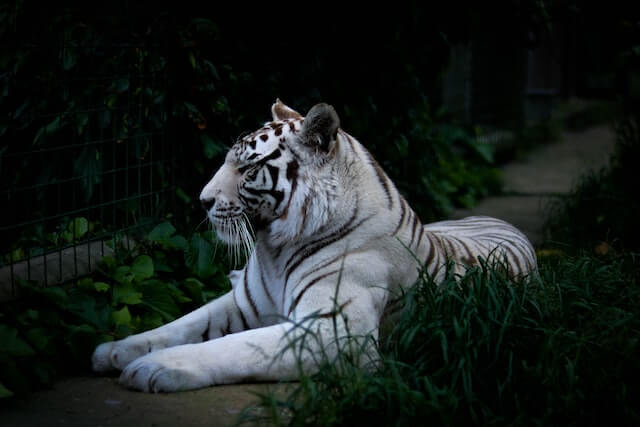 It’s hardly surprising that the white Bengal tiger, often known as the white tiger, is a prominent member of the charismatic fauna, given its exotic and appealing nature.

White tigers look the same as the regular Bengal tiger; however, in place of the brownish–orange coat, white tigers have an attractively white coat with spaced-out black stripes.

Apart from that, they behave exactly the same as regular Bengali tigers. In other words, white Bengali tigers are just as elegant as their brothers.

Not only are these animals beautiful, but each individual also has a unique set of stripes; no two tigers are the same. How amazing?

These rare tiger breeds of Bengal tigers are found in Nepal, India, Bangladesh, and Bhutan. 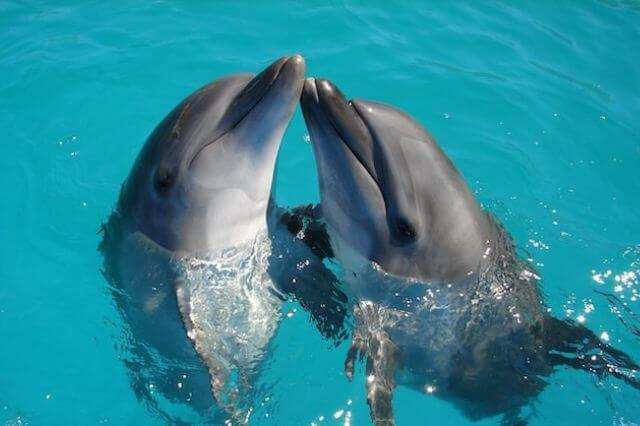 The dolphin is a universal cutie. However, it’s not only charming but also an intelligent and cunning animal.

Bottlenose dolphins are the most widely known species of dolphins. They weigh about 1,000 pounds and can grow up to 12 feet in length.

Regardless of their size, dolphins are very flexible animals – little wonder they are called the ballerinas of the sea. They quickly learn tricks, rescue drowning people and whales, show signs of grief and pain, and are exceptionally playful.

Additionally, dolphins are very self-aware and inventive and have strong cognitive abilities exhibited in their ability to solve problems.

They stand out from other aquatic animals thanks to all these characteristics, deservedly earning a place on the list of the most majestic animals in the world.

Dolphins are found in all ocean waters of every continent, often hunting and traveling in groups, also known as pods. 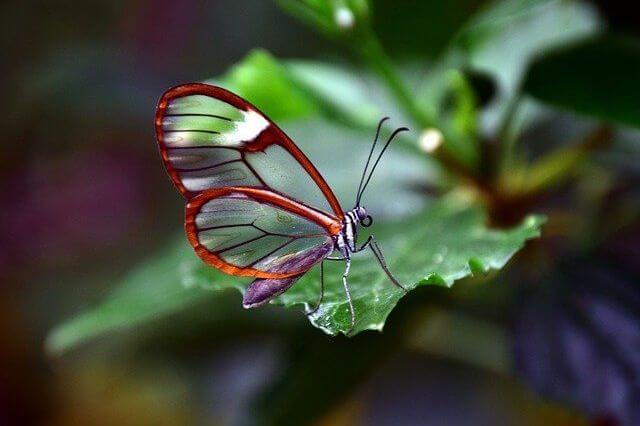 Thought you’ve seen it all? Have you seen a glass-winged butterfly then?

These insects are one of the many wonders of the animal kingdom. A glass-winged butterfly’s wings have a thin film of a membrane that makes it look like there is a large gap present.

They have a thin brown frame surrounding the transparent-looking wings and a fragile-looking abdomen and legs.

In addition, these butterflies have their A games on when it comes to camouflaging and putting the chameleon’s tricks to shame.

Glass-winged butterflies are ordinary butterflies with transparent-looking wings as their only distinguishing feature.

Nevertheless, despite the fact that they are merely conventional butterflies, their transparent wings are quite unique and were sufficient to deem them among the most magnificent insects on the planet.

And there you have it, with this, we conclude our list of the most majestic animals in the world.

There are many more beautiful creatures around the globe that are unique in their own way. However, in my humble opinion, these ten are some of the most amazing.

Thank you for reading. If you enjoyed this article, here’s a recommendation for another popular read: Most Graceful Animals in the World.