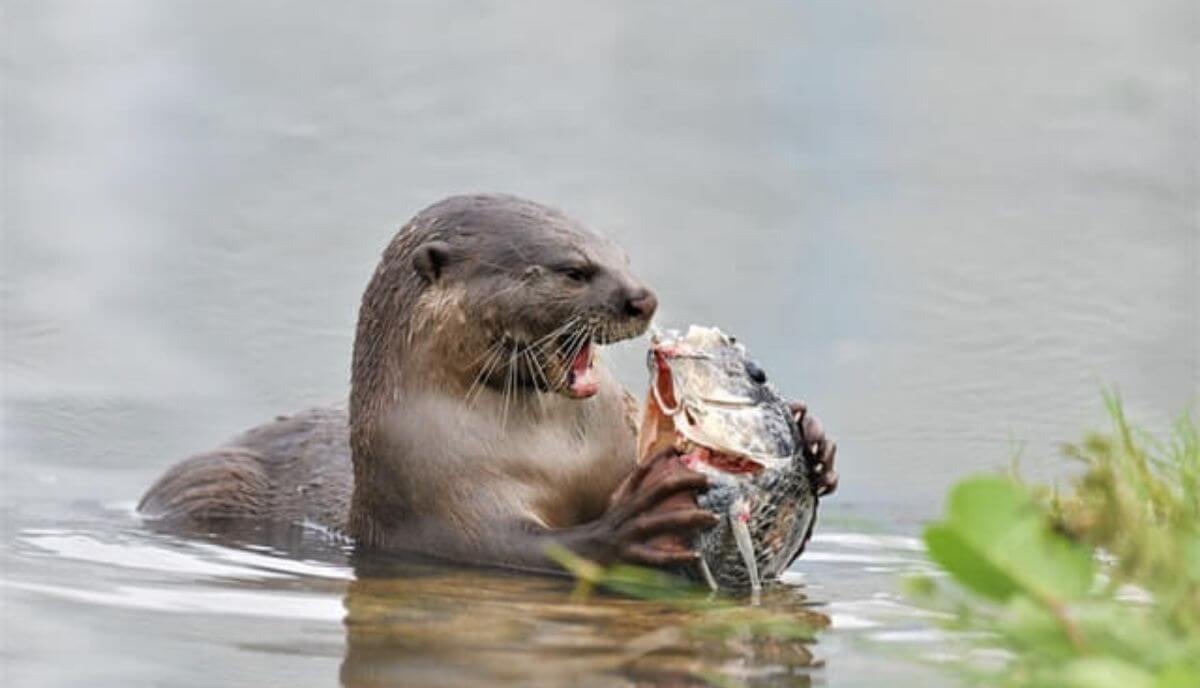 It is essential to note from the start that there are no good or evil animals, and on the contrary, all of them live their lives driven by their wild instincts.

What we see as evil is subjective, and applying that term to creatures that hunt and feed on prey for survival is incorrect.

Yet, a few creatures are known to act ‘evil’ in different situations and are portrayed as such based on their behavior.

This article contains ten animals categorized as ‘evil.’ Along with the reasons they are included in this ranking. 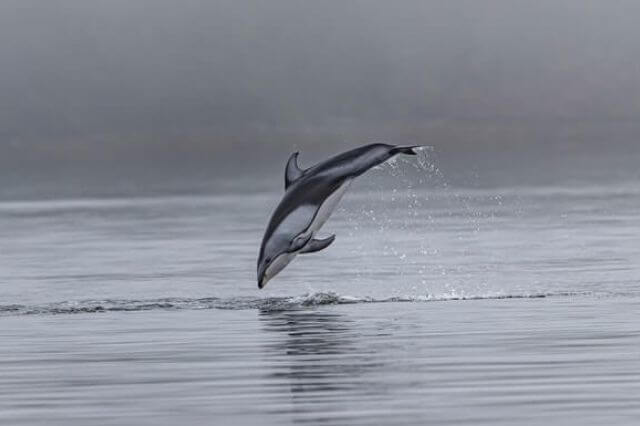 Dolphins are known as friendly marine mammals of the open sea, and they are social animals that can comfortably interact with humans. However, this kind of behavior is not always the case.

Reports provide that these intelligent animals attack baby porpoise, even though porpoise is never a threat. Dolphins are often shmucks who seem to torment other animals intentionally.

Their behaviors are not limited to other animals but also other dolphins. A group of male dolphins may isolate a female dolphin and coerce the female dolphin to copulate with them for hours.

They will also slap the female dolphin with their tails just because they think it is fun. What makes dolphins scarier is that they are smart mammals.

Marine biologists found that dolphins use their ultra-sound abilities to find their victims’ vital organs to cause more damage.

Interestingly, it is rare for dolphins to attack a human. 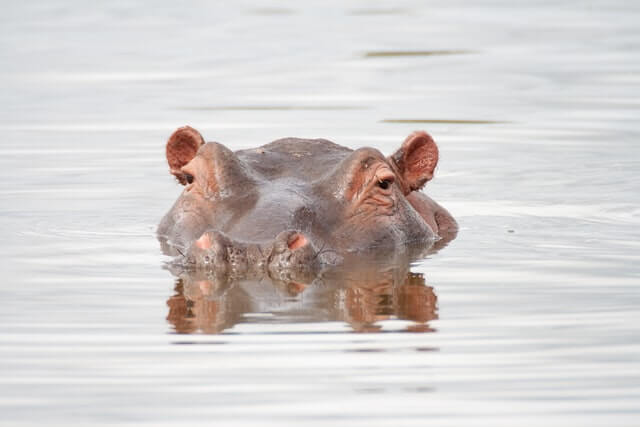 When speaking of dangerous animals, people forget to include hippopotamuses. However, these large animals are one of the deadliest in the world.

Hippopotamuses seem laid back and slow as they tend to be portrayed as animals that sunbathe in the water. However, they are highly agile and can be aggressive.

It is hard to study hippos because they try to maul any human approaching them. They are vicious murderers that attack even without provocation.

But what makes their behavior interesting is that they are herbivores, showing that they are just ‘evil’ animals that want to kill humans.

A paper published in the Journal of Human Evolution shows that the highest mortality rate is hippopotamuses attacks. Despite being predominantly herbivores, hippos cause more than 500 human fatalities annually in Africa alone.

These semi-aquatic beasts murder two times more people compared to one of the most lethal apex predators, lions. 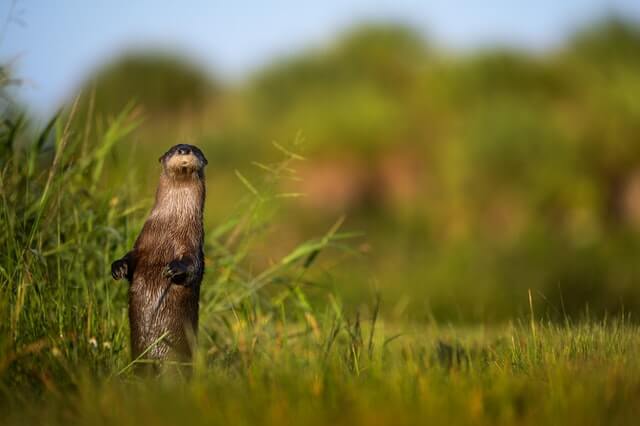 No one would think that otters are evil animals due to their cute appearance. However, these adorable balls of furs are murderers and necrophiles.

River otters tend to be hostile when approached and even attack humans. However, a 2016 journal published in the Canadian Medical Association Journal provides that these otter attacks on humans are infrequent.

Though, the wounds are the least of the victim’s problems. Instead, the biggest issue is that otters carry a variety of diseases, including rabies.

Once bitten, there is a chance that the victim will carry over the diseases of the otter. Antibiotics would be immediately given to the victim, especially for immunocompromised patients.

Otters are also horrible towards their kind. Male otters have been reported to copulate with the carcass of a female otter.

Some male otters will hold the female otter underwater to make her limp. They will also drown a pup to extract food for itself. 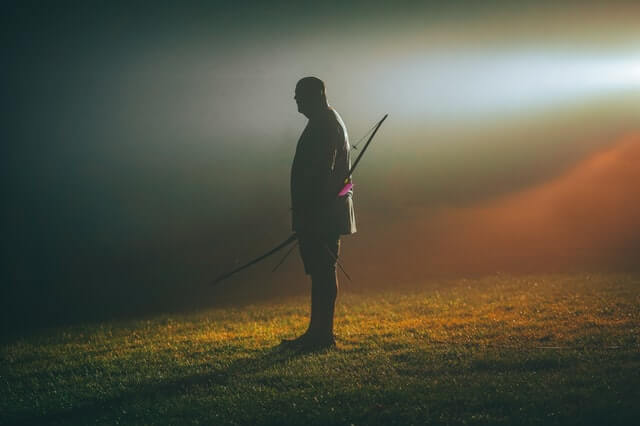 Admittedly, humans caused a lot of catastrophes that did affect many animals. Human activities cause habitat loss, which endangers an entire specie.

Humans also rely heavily on technology and weapons. They protect themselves with these weapons but at the same time use them to hurt others.

Humans will try their best and invent things to make their lives comfortable. But, in the end, it causes rapid erosion of natural resources.

Sometimes, humans use these resources just for them to dispose of the unused ones. What makes them scarier is humans are superior animals in terms of intelligence.

They use these abilities to deceive and hurt other people. Even with laws and regulations, humans are not afraid to do wrongdoings when pushed by greed and selfishness.

Some humans even hate other humans just because of their outward appearance. Instead of getting to know the other person better, they will choose to stray away from them. 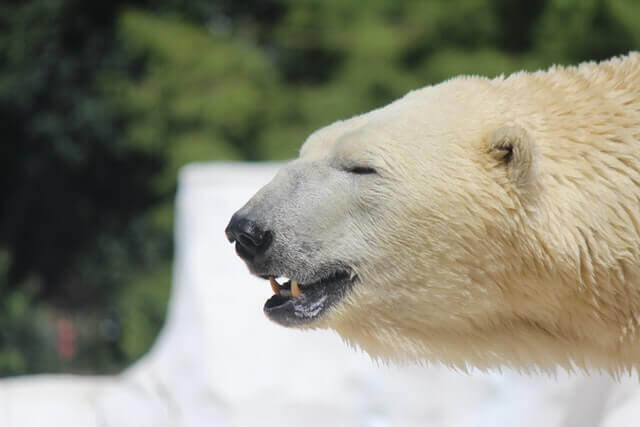 Polar bears are another animal that is unexpected to be evil. Just like the other adorable animals on this list, they have a cute exterior that can be deceiving.

Seals are a rich source of nutrients and fats, especially for a hungry mother polar bear. It has been observed that polar bears practice cannibalism.

Adult polar bears will prey on cubs, and a malnourished mother polar bear of two will eat one of its cubs to survive. Recently, more polar bears started hunting each other as prey.

Some theories suggest that climate change affects their resources. With habitat loss and little food, polar bears have no choice but to predate each other.

Polar bears are also vicious toward humans, and they seem to be one of the very few animals that see us as a food source. 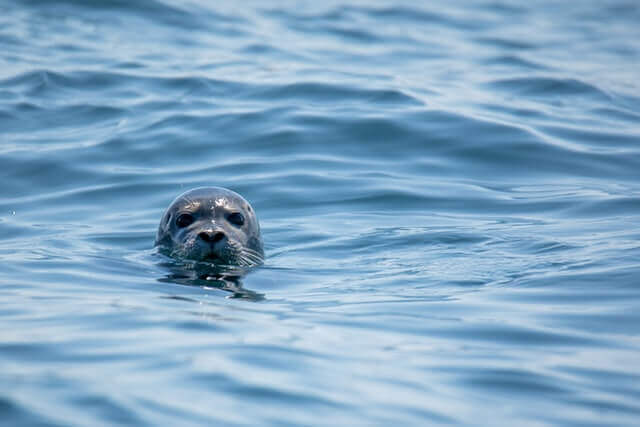 Seals are known as marine dogs for their doe eyes and adorable exterior. However, they sometimes behave like super-evil creatures.

Seals are carnivore animals and mainly prey on penguins. They hunt these flightless birds by beating them on the water’s surface.

Although it sounds ruthless, seals do these acts to make it easier to rip and tear the penguin. Seals do not have strong teeth to cut their prey.

But the bizarre thing is, besides eating penguins, they also rape female penguins.

Videos broadcasted by BBC showed multiple sexual attacks made by seals on penguins, then subsequently eating them.

There is a particular breed of seal known to be more brutal. The leopard seal regularly hunts warm-blooded prey, including other seals. Unfortunately, there are cases where leopard seals attack humans.

A seal attacked a researcher snorkeling in Antarctic water. The vicious attack led to the researcher’s demise. 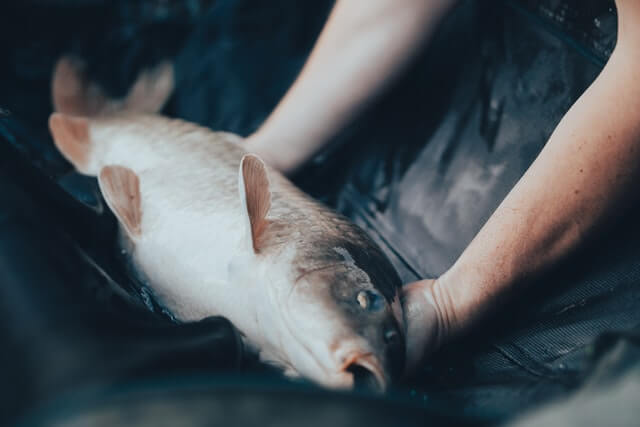 No one expects a fish to be labeled as an ‘evil animal.’ However, the Asian carp proves that it is possible.

Originally found in China, the Asian carp is an invasive species in the water of North America, including the United States.

It destroys ecosystems by eating plankton, causing a change in the habitat’s food chain.

It is a problem because the Asian carp feeds at least half of its weight every day. They also reproduce often, increasing the demand and stealing food from the local fishes.

The Asian Carp, mainly the silver carp, is easily startled, and it will jump in the air and hit fisherfolk. There are cases where fisherfolks get knocked down by a carp. 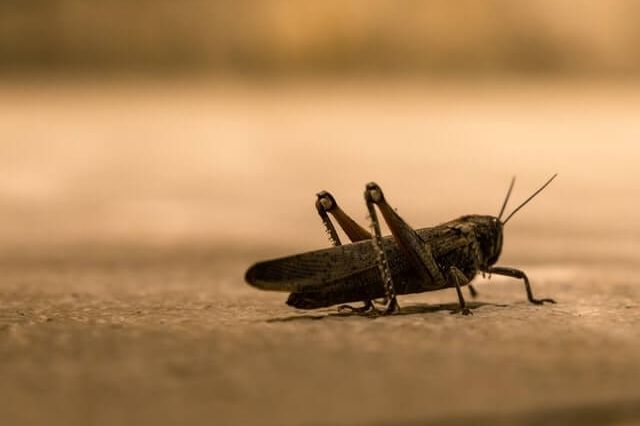 Unfortunately, locusts are the stuff of every horror nightmare. In films, they depict that evil or misfortune is coming. In the bible, they are one of the plagues sent by God to Egypt.

In the real world, locusts also provide discomfort to people. Locusts breed fast and will group into a giant swarm.

These swarms usually turn aggressive. And, in turn, they can damage anything it passes through.

They have unbelievable strength and speed. Locusts swarms can travel for hundreds of miles, destroying vegetation and croplands they pass through.

In developed countries, there are ways to combat the locusts’ plagues. However, in some developing countries in Africa, locusts swarms are still problematic.

The continued destruction of farming land by locust swarms can cause famine or starvation in a particular area.

A locust swarm can consume 247 acres of vegetation in one day. The consumed crops are equivalent to feeding at least 35,000 people. (source) 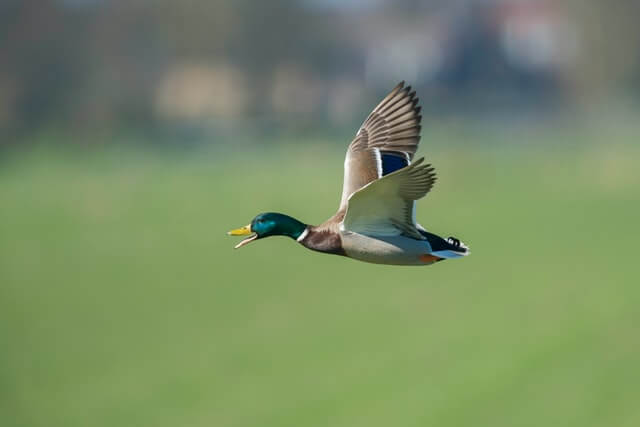 It is weird to think that one of the most adorable birds in the world are serial rapists. Male ducks are brutal rapists, with almost half of the time, they force copulation.

Other male ducks will serve as spectators and attempt to force copulation with the same female duck. Roughly 40% of duck mating is based on forcing females.

To avoid getting assaulted, female ducks will fly or hide for hours. Such assaults happened for decades that the female duck’s body evolved to resist full penetration and fertilization from its attacker.

If this is not bad enough, some male ducks also practice necrophilia. 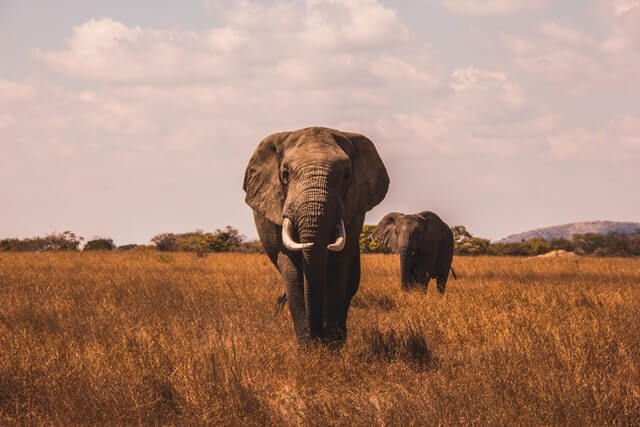 The elephant is a fascinating creature. And it can be challenging to understand why some cultures consider these docile creatures so evil.

They are massive, intelligent animals with a complex social structure. And a reputation for remembering things for long periods.

As a result of the overbuilding, people are entering, taking more and more of their natural habitats. That has made the animals more dangerous, earning them a place in this ranking.

Elephants are also associated with death and destruction due to their tendency to trample over everything in their path—this is especially true for males during the periodic condition known as must.

In such biological conditions, bulls entail a high increase in testosterone levels, followed by aggressive and deadly behavior. In India, more than 100 people are killed by elephants each year.

And there you have it, a list of the most ‘evil’ animals in the world.

But can animals be evil?

No animal is truly evil. Being evil is a human concept, and while some animals act cruelly, it is correlated with their survival instincts, not with a moral compass.

The idea of portraying animals based on their behavior is probably wrong, as wildlife do not have established societies that dictate what is evil or good.

Remember never to be prejudiced against any species. But never forget that the instincts of wild animals can be dangerous.

If you liked this type of post, here’s a recommendation of another popular article: List of Cowardly Animals