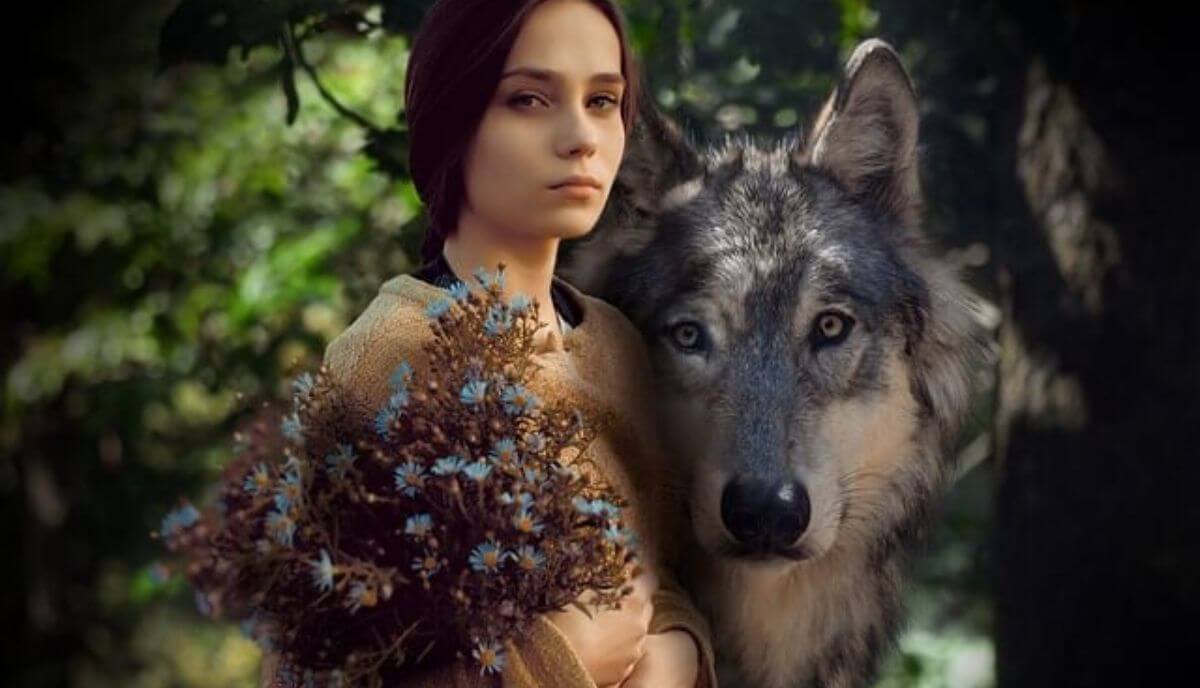 There are many stories and fairytales featuring wolves and portraying their specific character. While some people adore them, others are extremely scared.

But what’s the fundamental nature of the wolves? Are wolves friendly to humans and other animals?

Wolves can both be friendly and not so friendly, but this depends on the animals’ place of birth, breeding, and many other factors. Domesticated wolves can be friendly to humans and other animals if raised properly. However, even those wolves raised by humans can retain their wild traits and become dangerous. Wild wolves, on the other hand, are not friendly at all.

Wolves could be friendly if there were raised as domesticated animals. If a human raises a wolf, it will develop a bond with the human and be friendly towards one.  Raised wolves usually behave like dogs, but wolf pups need a more extended period to bond with a human than a dog.

Interestingly, a recent study noticed if wolves form bonds with humans, this connection usually stays for life. The longer the relationship between a human and a wolf lasts, the stronger it is, and the wolf is friendlier.

Domesticated wolves are also friendly towards other people, strangers, but not as friendly as they are with their foster parents. However, it’s essential to notice that domesticated wolves don’t show aggression towards new people they meet, even if they are shy or afraid.

Scientists also noticed that wolves could show affection and even happiness when their human returns home after they’ve been away for some time. Are you ready for a wolf puppy adoption?

Wild wolves don’t like to contact people, even if the fairytales told you differently. In real-life wild wolves will not come close to people because they see us as a threat. Wild wolves also won’t attack people just for attacking them; if they can, they will keep their distance.

However, If they get aggressive with humans or even attack, this is because they feel endangered or afraid.

Wild wolves can’t develop the same bond with humans as domesticated wolves raised by humans. In rare cases, wild wolves will get close to people and approach them. If something like that happens, it means that the wolf is desperate, hungry, or even sick.

Are Wolves Friendly to Dogs?

Domesticated wolves can be friendly with dogs if grown and raised together. However, wild wolves are not friendly to dogs or any other animals, as they socialize only with each other inside their pack.

In a study showcasing domesticated wolves and dogs, it was noticed that wolves could easily socialize with dogs. They even played with the dogs and participated in various games. Some wolves quickly adapted and adopted the behavior of the dogs, while others wolves acted as their instincts dictated.

This is because wolves are social animals by nature, and socialization with other species is much easier than those animals of solitary personalities.

Domesticated wolves like humans that raised them, while wild wolves don’t like people. It is known that wolves are naturally fearful of humans and will try to stay away from people if they encounter ones in nature.

If we are talking about domesticated wolves, they like humans, but not all humans. It means that a domesticated wolf can show affection to the human that raised it, and like that person. But when it comes to other people, not so much.

Even domesticated wolves don’t like all humans and are afraid of them, similar to the wild ones. An instinct and character are something that cannot be easily eradicated.

Captivity wolves are not that afraid because they are familiar with humans, but they are timid and suspicious. They don’t trust other humans like they trust the one human who raised them, which was next to them almost from their first day on earth.

A wolf will like the human that raised it, the one he spends his time with during the day, and the one that feeds him.

The bottom line is that domesticated wolves, in most cases, won’t get aggressive with other people they don’t know, but they are also not going to act friendly with them from their first meeting.

FAQs – How Friendly Are Wolves?

Wolves are very loyal animals; they are loyal to the pack, family members, and their mates. And if it’s a domesticated wolf, it will be loyal to its foster parent.

Besides being loyal, wolves are also very protective; protective of their territory, their mate, and their pups.

Maybe you didn’t know this, but wolves form monogamous relationships and stay together with their mate for the rest of their life. They stay loyal to their mate and their little family.

And when it comes to their humans, a domesticated wolf will also stay forever loyal to one human and won’t form bonds with any other human.

Can you tame a wolf?

You can’t tame an adult wolf. Wolves are wild animals, and by nature, they are easily scared, so they could get aggressive if scared and hurt you. You can tame a wolf only if you raise it from when it was a little pup, but even then, taming a wolf is not recommended unless you are not a professional animal breeder.

Animals born in the wilderness are supposed to stay in the wild, and no one should try to tame them. If you befriend a wild wolf by any chance, it won’t be suitable for the wolf.

A wild animal needs to nurture its instincts and live how nature dictates. And if it gets too close to a human and accustoms to the company of a human, it will become weak and an easy target in the wild. And it would be best if you don’t even try to befriend an adult wolf or tame them.

Are wolves friendly to humans and other animals, depends on whether the wolf is wild or is born and raised with people. A wolf raised in captivity stays friendly and loyal with its breeder, and their strong relationship usually remains for life. Wild wolves are not friendly as they are naturally afraid of humans and will typically keep themselves away.

Domestication of wolves dates since more than 15 thousand years ago, while some argue that it is a normal thing, others claim that wolves should be kept in the wild. We will stay neutral and let you come to a conclusion.

Hopefully, you enjoyed this post, or at least that you’ve learned something new about these majestic animals.

For the very end, we would like to recommend you another wolf article: Are Wolves Color Blind?