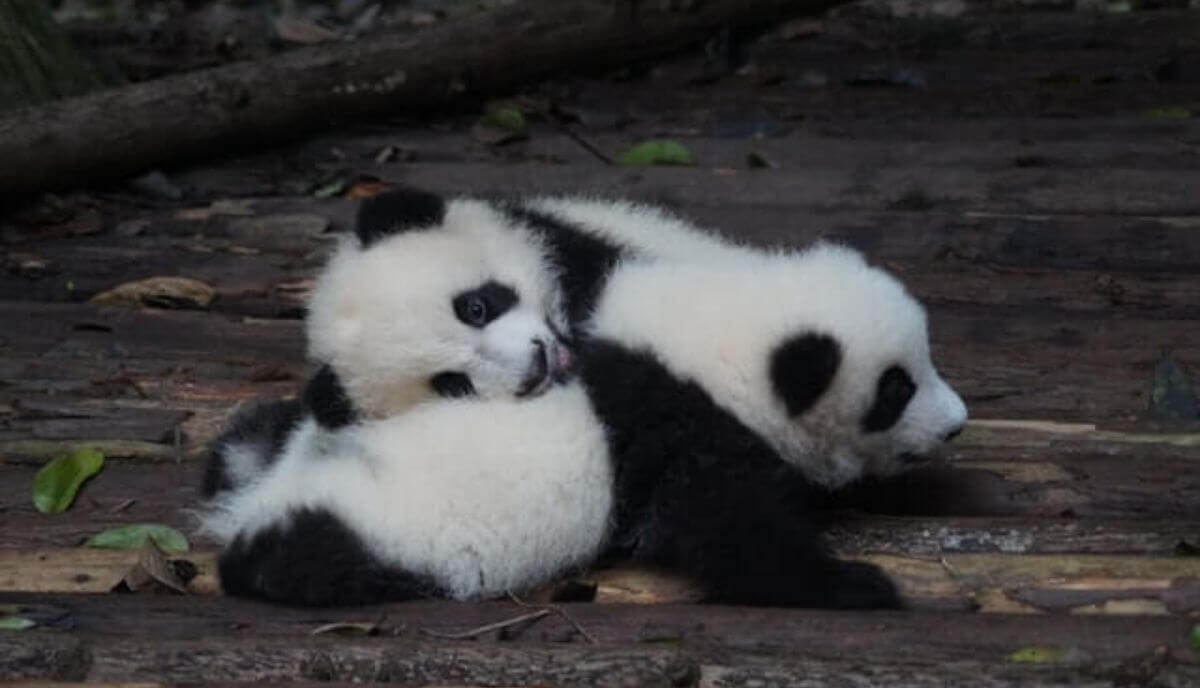 Pandas are known for being cute and lovely-looking creatures. They also possess a docile and mild temperament and coupled with their slow movements and occasional playfulness, pandas have become known as the most heartwarming creatures on the planet.

Are pandas friendly, though?

Well, the truth is pandas are not as friendly as their appearance may imply. Pandas are naturally solitary animals, and even though they are typically not a threat to humans, they neither do not like being bothered. However, pandas in captivity are used to human presence, and in such situations, pandas can be nice and even bond with their caretakers.

Dreamworks may have completely endeared giant pandas to us with their release of the Kung Fu Panda movies, but they are, after all, wild bears, albeit solitary ones.

Let us look deeper into the lifestyle of pandas to get a better understanding of these creatures.

First, pandas can live up to 30 years, and in this duration, an adult will only be seen in the company of other pandas during mating season. This occurs only once a year and lasts for only a few days.

Once they mate, the male leaves the female to raise the offspring alone.

After mating, a singular cub will be born, and the female will be seen together with it until the cub is independent. At times a female will give birth to twins.

According to BBC Earth, female pandas in the wild will select the stronger of the two cubs, leaving the weaker one to die of starvation.

Pandas are loners by nature, spending a significant time of their lives in solitude. Their mating habits demonstrate that they do not form any type of bond with their mates.

Everything above shows that pandas, as a species, are not keen on making any connections or forming any bonds. After all, pandas are not as ‘friendly’ as they appear to be.

Pandas do not like humans as much as humans like pandas. A panda, for a start, is a wild animal, a bear to be precise, and just like any bear or wild animal, full domestication is not possible. Even in captivity, caretakers observe caution and take safety precautions when administering care.

In captivity, pandas may have been observed behaving as though they have taken a ‘liking’ to their caretakers. For example, when a caretaker enters a panda’s enclosure, the panda may try to tackle or come close and sniff the caretaker.

Although humans caring for pandas in captivity have been known to form bonds with their charges, they know that is a one-way street with these creatures.

When caretakers have been questioned about this behavior, most will admit that pandas’ behavior is linked more to their survival. This means that they are only demonstrating that degree of familiarity because they recognize the caretakers as the ones who supply them with food.

The ‘bond’ and “like” on the part of the panda are conditional.

In general, a panda’s diet does not leave much room for socialization because of how much they need to eat in a day to get sufficient nutrition.

As a species, pandas do not demonstrate any warmth or friendliness among themselves or other animals, and this does not change under the charge of a human.

FAQs – How Friendly Are Pandas?

Can You Hug a Panda?

Yes and no. An adult panda cannot be hugged, primarily due to its size and weight, but also because it prefers to exist in solitude. However, in China, there is a panda conservatory where one used to be able to get an opportunity to hug a panda cub.

To hug a panda, you would pay a fee, which would be put toward the conservation efforts of the panda base, and get to hug a cub for about a minute. However, to prevent the spread of disease from animal to human, or vice versa, it would seem that this particular hugging program was discontinued.

Yes. Pandas are very gentle creatures, it may be linked to how lazy they are. However, the underlying reason for this is their diet, which does not provide them with a lot of extra energy that needs to be burnt off.

Pandas, therefore, take almost every opportunity they can to conserve whatever energy they have.

However, pandas can be dangerous and aggressive if they feel threatened. Yet, pandas are not territorial by nature, and they will not defend whatever territories they mark and will not confront animals encroaching on it, preferring to use scent to communicate with regards to the territory.

Yes, giant pandas are quite playful animals. For a bear that likes to conserve its energy, no bear does play better. However, younger ones and panda cubs will more likely engage in play. Pandas play in different ways. They love to tumble and roll, and they also love to slide.

Pandas can perform both complete and partial somersaults, while cubs are occasionally seen pouncing on each other to engage in play among themselves.

In captivity, panda cubs may have a play thing like a ball which they will roll around paw about and try to carry around. Sometimes, they will use items that are brought into their enclosures as play things like a basket a caretaker will be using to clean the enclosure.

A panda’s life is simple and unhurried. As cubs, they are vulnerable to other wild animals, as adults, they manage to live long lives. Their solitary lifestyles mean that they hardly have any conflict among themselves. This however is not an automatic indicator of friendliness with these bears, either.

Although they are not aggressive by nature, caution must always be exercised especially around adult pandas. They are bears and thus possess the strength, claws, and teeth of any other bear. If pushed to the edge, they will display aggressive behavior in the form of swatting, biting, lunging, or grappling.

And that’s all. Next time when someone asks you: “are pandas friendly as they look”?  – you may pull out some of the knowledge from this article.

Thank you for reading. If you liked this post, I would like to recommend another similar read – Are Koalas Friendly?