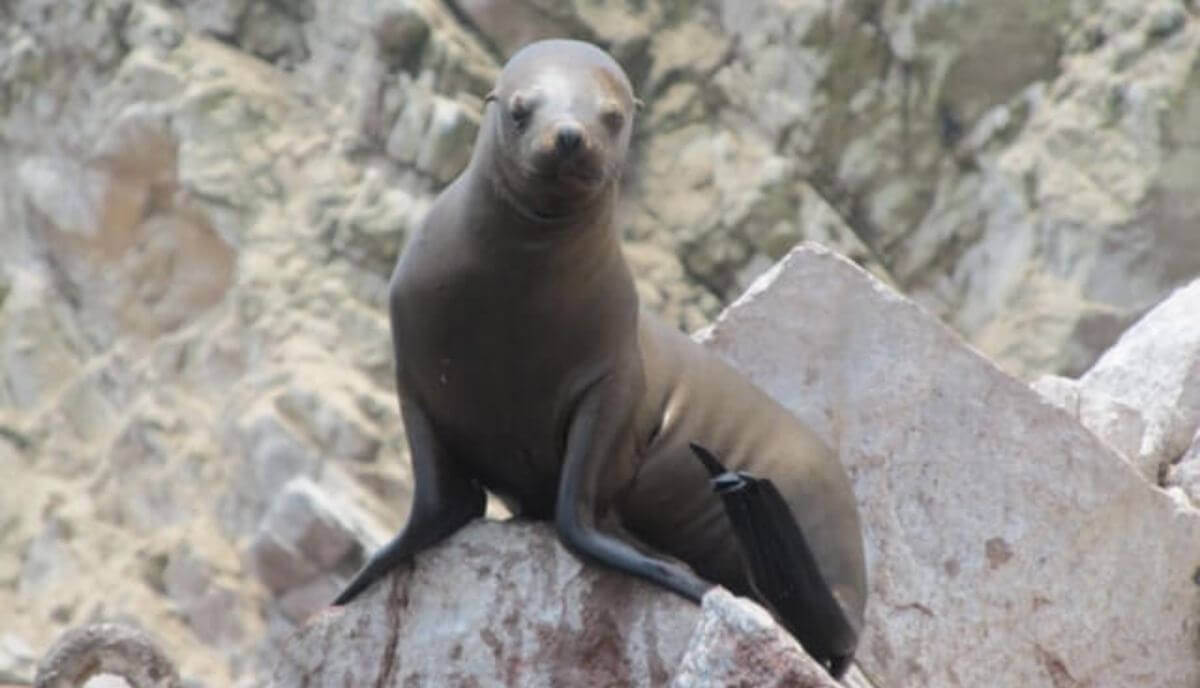 I’ve been binge-watching about sea lions on YouTube lately. In these videos, they are always portrayed as sweet, adorable, and cuddly. Basically, one of the dogs of the open sea.

However, I also wonder whether sea lions are dangerous?

Most of the time, sea lions are not dangerous to humans. However, sea lions are big carnivore predators equipped with sharp teeth and powerful jaws, and there have been cases of human attacks. So, even though seals are not an active threat to people, it is advised to avoid close contact.

Now, let us learn more about these unique aquatic creatures.

Sea lions are not typically aggressive towards humans. Before they get aggressive, seals use loud vocalizations to warn out their predators. However, it is not a usual scenario for humans to get attacked by an aggressive sea lion.

Sea lions are not known to be violent, and if they ever encounter a human, they approach because of curiosity.

However, it is essential to note that male sea lions are territorial and can get physical trying to protect their personal space.

Although, in general, sea lions are not aggressive, it does not mean they are friendly either. Don’t get deceived by their puppy-looking face.

Yet, it does not mean that these sea mammals cannot build friendships with humans. They can, but it may take time and patience.

When training a sea lion for a zoo performance, they thrive on non-natural behavioral acts. It includes balancing a ball in their snouts and tossing a ball.

Just like many other mammals, sea lions are social animals. They bark and growl to communicate with other sea lions.

Related: How Dangerous Are Ostriches?

Yes, sea lions have been reported to attack humans; however, these attacks happen rarely. Most commonly, a sea lion may attack a person when protecting its territory and during breeding seasons.

Sea lions, like numerous wildlife, defend their territory against intruders. If you happen to endanger its natural habitat, a sea lion may perceive you as a threat and launch an attack.

The same goes during the breeding season.

Although people are not their mating competition, hormones are high, and these sea mammals do not want anything in their way.

Another theory also suggests that sea lions may get desensitized to humans. In their mind, these sea mammals may rationalize that attacking is normal.

In 2017, a sea lion was recorded dragging a young girl on a British Columbia pier. It appeared that the family had been feeding the sea lion.

Thankfully, a man came to the rescue and took the young girl away from the sea mammal.

In 2019, a 13-year-old teen was hanging out by the Californian beach when an angry sea lion attacked her. The teen suffered a deep gash from the bite attack.

Scientists have also found that strange, unusual attacks are often caused by domoic acid poisoning. It is believed that poisoning happens when the sea lions consume too many algae from shellfish and fish.

No, sea lions do not eat humans as they do not see people as their prey. Although there were several attacks on humans by sea lions, in neither of these cases a sea lion didn’t attack a person in order to eat it.

The worse thing sea lions can do is heavily injure a person.

Sea lions prey on mackerel, squid, sardines, herring, and octopuses. All of these animals live in the sea.

So, the idea of sea lions picking humans over seafood is unheard of.

Some people who visit along the shoreline tend to feed sea lions. They think these sea mammals are adorable, domesticated animals.

However, officials warn people not to feed any sea lion they encounter.

First, these people are not sure how will the sea lions react to the food.

Second, they can be feeding poisonous food to these sea mammals.

Third, sea lions can violently act because they may want more food.

It is best to avoid feeding them to prevent any potential aggression. The best thing tourists can do is to appreciate these aquatic creatures from afar.

Yes, sea lions bite. A bite of a sea lion is equivalent to getting bitten by four Dobermans. Even with their adorable exterior, sea lions have mighty jaw strength, and if a person gets bitten by a sea lion, injuries can be severe.

Sea lions can bite depending on the surrounding circumstances. Although non-aggressive in nature, there are cases where sea lions are provoked to do something unusual (like biting).

Although their teeth may look dull compared to some other predators, sea lions’ teeth are sharp, as they are mainly used to cut through prey.

Sea lions are carnivores, and they have a total of 34-38 chewing teeth. Among sea lions, the California sea lion’s teeth have an interesting trait.

Their teeth start as white but become black-pigmented as they grow older. The causes of the pigmentation are bacteria and the sea lion’s dark saliva.

Over time, these two change the color pigment of the California sea lion.

A 2019 study published by Elsevier Inc. covers four cases of sea lion bite attacks that happened in open waters. These incidents happened between December 2017 to January 2018.

The study includes that the incidents might have happened because people are getting closer to sea lions’ habitat.

Let us answer some frequently asked questions about sea lions.

Are Sea Lions Dangerous to Swim With?

When swimming next to a sea lion, people are warned not to touch them. Due to their unpredictableness, it is better to keep a distance from these sea mammals.

However, there are instances where they may start to become playful with divers. If this is the case, they might try to nibble your hand. Stay calm, and do not snatch back your hand.

Are Sea Lions Dangerous to Dogs?

Well, yes and no, depending on the circumstances. Dogs are not part of sea lions’ regular diet, and there are no recorded cases of them attacking dogs.

However, some dogs have been reported to have been infected by sea lions’ body fluids, which can be dangerous.

Sea lions’ bodily fluids carry leptospirosis, which can be transmissible to dogs. There are chances that it will nibble or lick a random sick or dead sea lion along the shoreline.

How do Sea Lions Protect Themselves?

Sea lions use their sharp canine to bite their enemies in order to protect themselves. When fighting with each other, sea lions also use their bodies to body slam other sea lions.

When they do not want to confront their predators, sea lions sometimes choose to flee away by swimming up to 25 miles per hour. 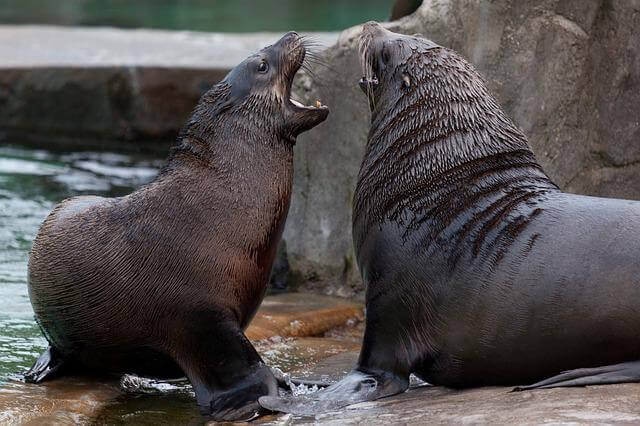 Sea lions are typically not dangerous, but they can show signs of aggression. There are rare cases where sea lions attack humans, and most attacks are attributed to behavioral change, food poisoning, or territory disturbance. Fortunately, sea lion attacks never resulted in human death.

These sea mammals are generally curious animals and will approach humans. They will also try to swim alongside humans when they feel comfortable.

But at the same time, they have unpredictable behaviors. So, officials keep advising and reminding tourists to keep their distance from sea lions.

And there you have it, we have completed the “are sea lions dangerous animals?” article. Thank you for reading!

If you liked this post, here’s another popular read: Are Starfish Dangerous?