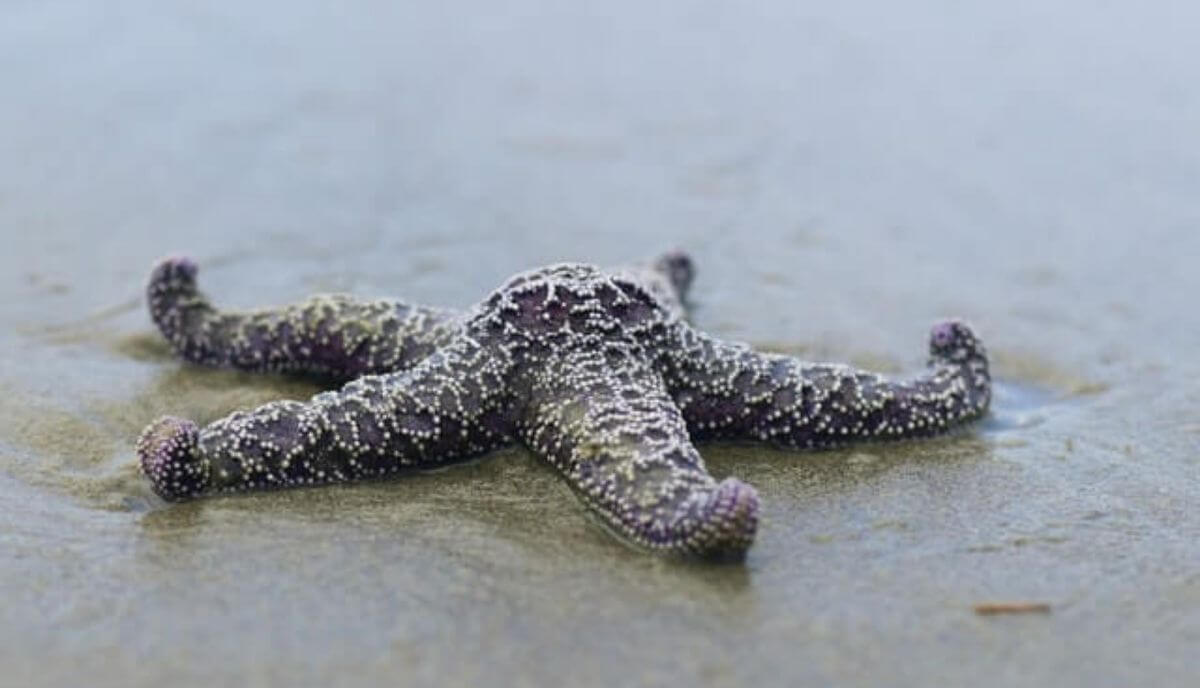 Even as an adult, I still love watching Spongebob Squarepants. One of the characters that I loved in the series is Patrick.

This pink starfish is funny and an awesome best friend to Spongebob. Most of the time, he is portrayed as a harmless sea echinoderm.

However, I started to wonder if starfish are dangerous in real life?

Generally speaking, starfish are not dangerous. However, some of these sea stars are poisonous and can hurt people. Starfish have toxins in their body that help as a defense mechanism. Although they have spikes, starfish mostly protect themselves through their spikes’ venomous substance.

No, not all sea stars are poisonous. Interestingly, there are only a few starfish that have this toxic venom. Fortunately, most of these toxic starfish are found on the ocean floor. Their venomous substance is mainly used to protect themselves from their predators. Starfish poisoning in humans is a rare case as starfish do not actively attack people.

The most common starfish that is poisonous is the crown-of-thorns starfish. This sea star is also the largest in the family, with an average size of 25 to 35 centimeters.

Crown-of-thorns have 21 arms, all of which have venomous spikes. These spikes are dangerous both to humans and marine creatures.

Even when a person wears a diving suit or wetsuit, these spikes can pierce through with their brittle and hard build. Although found on the ocean floor, some crown-of-thorns starfish are found under coral rubbles.

If one got punctured by the starfish’s spike, instances are that venom gets injected on their skin. The poison can lead to nausea, swollen extremities, and infection.

Besides the obvious discomfort, one of the side effects is extreme pain. It is advised to avoid these sea stars and admire them from afar.

Fortunately, although dangerous, a crown-of-thorns starfish’s poison will not kill a human.

Can You Touch a Starfish?

Yes, you can touch a starfish, but it is not advisable. Sea stars have prickly, spiky arms that can poison or physically injure you. At the same time, you may end up hurting this marine creature. Some starfish even have venomous spikes, so only professionals and experts should touch or carry starfish.

Unfortunately, since most starfish are not poisonous, people are fine taking them out of the water. This is not encouraged since starfish, specifically subtidal species can get stressed once taken out of the water.

It is also a bad idea to have your skin in contact with a starfish. Some starfish species have strong adhesive tube feet.

It means that once you pull the starfish off your skin, you either lose some of your hair or the starfish lose one of its limbs.

There is also a chance that you may pass bacteria or chemicals onto the starfish. Worse, if starfish are not returned immediately to the water, they can die.

The starfish may also leave unharmed during human interaction. But, the person who touched them may suffer skin injuries.

A 2008 case report published by the Japanese Dermatological Association provides that surgery may be opted for in cases of starfish spike punctures. Such surgery happens once the injury has subcutaneous indurations and it starts swelling. 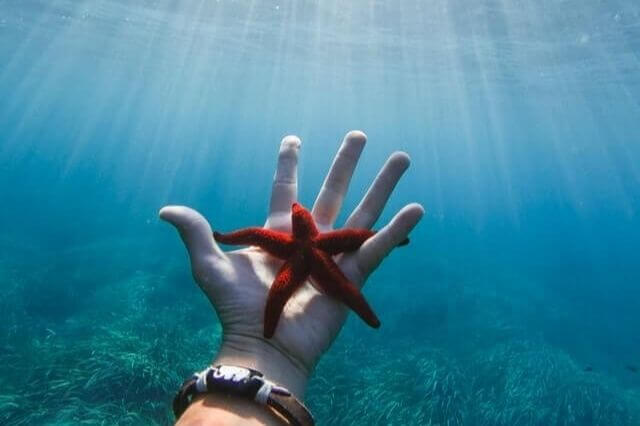 Can Starfish Hurt You?

Yes. Starfish can physically hurt you, but not because these marine creatures actively act on it. The chances of getting injured or poisoned by a starfish are slim and usually happen because of an accident or human fault. Their spikes and venoms can puncture our skin, resulting in injuries and pain.

However, it is not alarming as it sounds as starfish such as crown-of-thorns have been destroying coral reefs. It is extreme that scientists intervened by killing other adult crown-of-thorns.

They use the venom of these starfish and inject it into their stomachs. Experts hope that it will decrease the destruction of corals.

Can Starfish Kill You?

No. Starfish cannot kill you even with their venom or spikes. Their poison can lead to extreme pain and discomfort, such as swelling and nausea, but these are not fatal.

Once treated, these injuries can heal, and no further complications will happen. Interestingly, quite the contrary can happen. Starfish will most likely die if you touch them.

Starfish live underwater, so once lifted, they can die. These sea stars breathe using their tube feet.

If starfish are lifted out of the water, they will start breathing toxic matter.

Although not all, some starfish are sensitive, and mere touching can make them stressful.

No, starfish do not bite. These echinoderms rely on their spikes and venom for protection, and their mouth is reserved for feeding. At the same time, these sea stars do not even have teeth, and they are also small compared to a human.

And starfish are not known for having an appetite for hurting people. Unlike other animals that rely on biting to hurt others, sea stars will try to pierce your skin.

If you observe sea stars’ mouths, they do not really have a “mouth.” Instead, they have beaks that look like parrot’s bill.

The starfish’s beak is used to crack the conch of mollusks. Then, the starfish use their ambulacral system to get the pieces of the mollusks towards their mouth.

However, if you directly touch their beak with your finger, then there’s a chance they will “bite” you.

Until today, there are no cases of such attacks. So, it can only be presumed.

There are cases where a starfish can be picked up without getting stung. They are done by professionals, and they use protective gloves.

However, if you found yourself stung by a starfish, immediately ask to be taken to the emergency room. Medical practitioners will give you antibiotics and remove any spines stuck on your skin.

Symptoms for starfish stings differ depending on if it is a mild or severe case. For mild cases, the common symptoms are itching, swelling and bleeding on the punctured area, tingling, and numbness.

Starfish are not dangerous creatures. They do not want to hurt any human as they do not see us as prey or predators.

Interestingly, humans may be the ones who can be hurting them. When these sea stars are taken underwater, they can die of poisoning due to fresh air.

Although they are not actively hurting humans, there are instances where they can injure us. These echinoderms can pierce through our skin, injecting the poisonous substance.

Unfortunately, if this happens, the person injured must be taken to the hospital immediately. Thankfully though, starfish venoms are not deadly. But, they produce uncomfortable side effects.

With this, we conclude the “are starfish dangerous animals?” article. Thank you for reading!

For the very end, here’s a recommendation of another popular read: How Dangerous Are Manatees?