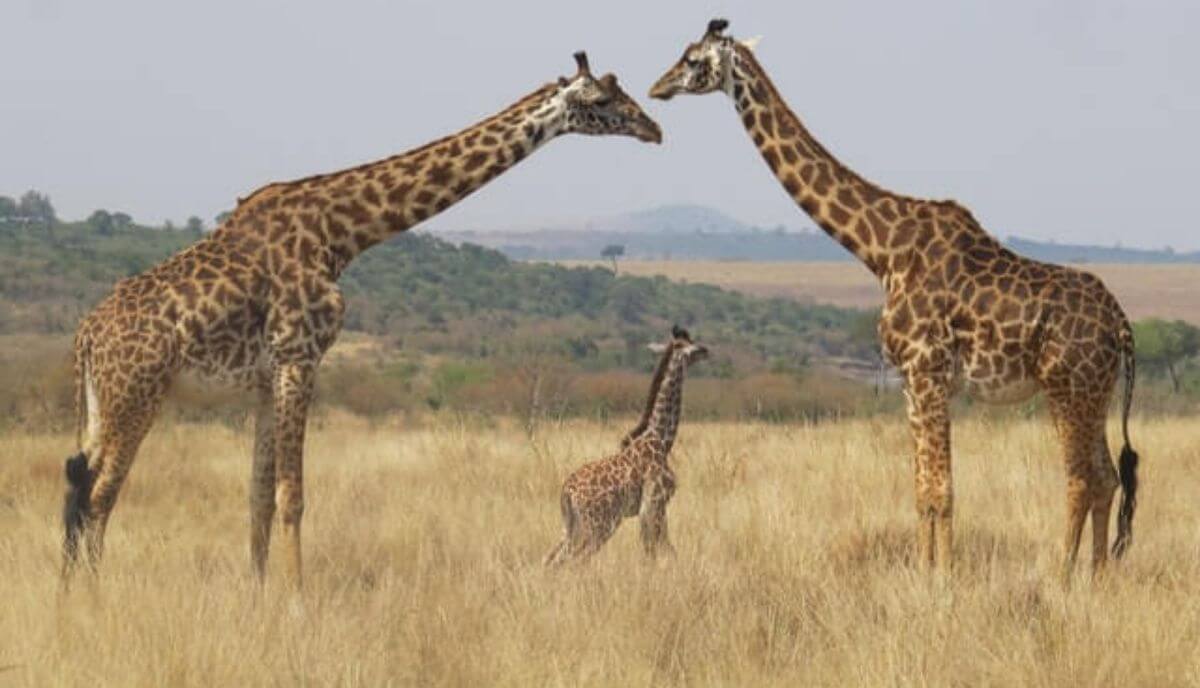 One of the most surreal moments of my life was when I saw a giraffe for the first time. I was not all impressed when I saw a photo of them. But, it is another experience when you see giraffes in real life.

The tour guide introduced us to the giraffes, and we had a blast learning about them. The giraffes will also eat any vegetable and plant we reach out to them.

In no way do these long-neck animals try to hurt us. However, I wonder whether giraffes are really friendly animals?

Yes, giraffes are social animals known to be friendly, even with humans. Despite their enormous size, they are very nice and docile creatures, and if left alone, they are not aggressive, nor do they want to hurt people.

Giraffes also have sensitive and gentle characteristics. So, it is no surprise that they enjoy walking, eating, and resting as a herd. Their chill behavior shows that they are not interested in any conflict.

Giraffes are friendly, but it does not immediately mean they like humans. Their social behavior should not be interpreted as an invitation to approach them. Giraffes are still wild animals, and they are careful of other animals, including us humans.

However, giraffes’ approach to humans may differ if they were raised in a zoo. It helps that they are exposed to people frequently. At the same time, their zookeepers assisted them in growing up.

Although quite gentle, giraffes can be dangerous when threatened. Interestingly, giraffes can also aggressively act when startled or spooked.

When frightened, giraffes may act in self-defense. To ward off any threat, giraffes do a swift kick.

A Giraffe’s kick is strong enough to decapitate a lion’s head. They are not afraid to use their full strength even if the threat comes from a person.

In the wild, giraffes are not a fan of humans. They run away when they spot a person.

Unlike them, a giraffe in captivity does not mind seeing humans all the time. Likely because captive giraffes have frequent interactions with people.

When people are interested in meeting face-to-face with a giraffe, there are great places they can visit. One of the most popular includes the Giraffe House in Cape Town, South Africa.

Giraffe House garnered attention because of how lax the giraffes are in the presence of people. Visitors are even encouraged to give food directly to giraffes. They also have the choice to dine with these social animals.

However, these kinds of stunts are only allowed due to the intervention of zookeepers. If giraffes are spotted in the wild, people are encouraged to keep their distance.

Related: Are Gorillas Friendly to Humans?

Yes, giraffes are gentle and docile beings. It is such a common trait of theirs, and because of such peaceful personalities, giraffes are also referred to as the “Gentle Giant of the Bush.”

As social animals, giraffes are friendly, calm, and quiet animals. They move in a herd and enjoy the company of their kin.

People can also note them as the “drool makers.” Giraffes drool a lot which makes some people assume that they are stupid animals.

Although a gentle giant, giraffes may act hostile in instances where they are endangered or scared. However, overall, they are still seen as kind beings.

In this section, we are going to answer some additional popular questions regarding giraffes.

Can You Own a Giraffe?

No, you cannot legally own a pet giraffe in most states. And apart from that, these long-neck creatures do not make good pets. Giraffes are the largest land animals, and it will be extremely hard to maintain them.

In most cases, zoos and safari parks acquire giraffes. However, a thorough and strict process requires these organizations to prove they have the necessary requirements. Permits and licenses allow them to obtain giraffes legally.

Giraffes are also not ideal as pets. Their size alone is something to consider. Their sheer body strength requires any owner to place a strong fence that can withstand them.

And even they are docile and friendly animals. Giraffes do not have the qualities of a domesticated animal. People should not expect that they can easily pet this animal.

At the same time, giraffes require so much money to maintain. Giraffes eat approximately 75 pounds of leaves per feeding. That’s a lot of leaves to budget. At the same time, finding the right person to provide you with the leaves is a whole another ordeal.

How do Giraffes Show Affection?

Mother giraffes show affection by nudging the calves of their young. It is also for them to teach the calf how to look for food and avoid danger. Giraffes also do necking, a way for giraffes to hug each other.

When people are feeding giraffes in zoos and safaris, they might misinterpret the giraffe’s interest with affection. But the reality is, the giraffes just wanted to eat the leaves or vegetables given to them. They are not domesticated animals to be interested in affection from humans.

Are Giraffes Friendly to Other Animals?

Giraffes are social animals, and they act friendly enough to other animals. Though, they prefer building friendships with their kind.

These long-neck creatures have been recorded to communicate with each other through a low-frequency humming. Giraffes also form into small groups of three to nine animals per pack.

Male giraffes are usually composed of one pack. However, if there is a female giraffe in the pack, it is usually a sister or a mother.

It is unusual for giraffes to hang out with other animals. They prefer sticking with other giraffes. Though, there are stories that involve friendship between a giraffe and another animal.

Bea the giraffe and Wilma the ostrich formed an unlikely bond. Their friendship solidified as both were raised in a theme park ground.

In summary, giraffes are friendly and social enough to interact with each other and other animals. However, they mostly form friendships within their species. There are cases where giraffes form a bond with another animal, although these friendships were built through factors outside their control.

Giraffes in captivity may show interest in humans. Usually, this interest shows when food is involved. If not, giraffes will run away from humans.

People should not misinterpret any interest in giraffes as a bond. They are probably either curious or frightened. The best choice is to stay away from them as they may hurt you when surprised.

Thank you for reading. Hopefully, this article was helpful and interesting to read. If you liked this type of post, here’s another recommendation of a similar read: Can Wolves be Friendly?