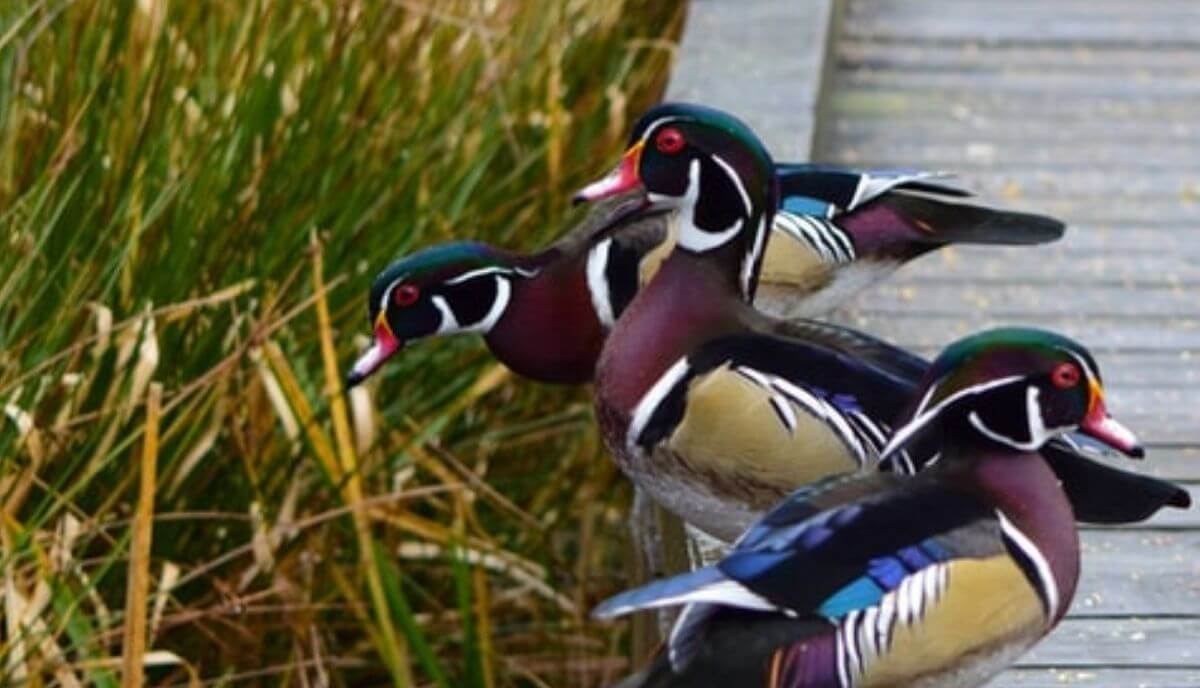 Animals come in all shapes, and their eyes equally come in various sizes and colors. Red-eyed animals do exist, and this is not to be confused with the red-eye effect that occurs when light hits the pupils.

Animals with red eyes are found in a variety of habitats, on land, in the sea, and in the air. Some causes and uses of red eyes have been explored, while others are still unknown. Whatever the case, the list below covers some of these interesting creatures.

The following comprises a list of animals with red eyes: 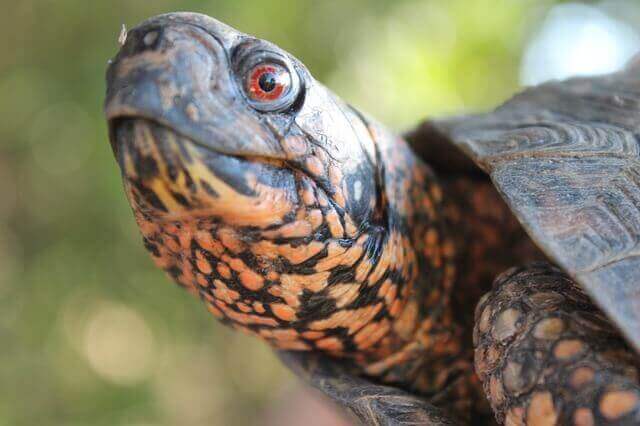 Box turtles are an amphibious turtle species, found in the northern and eastern parts of America. An interesting point of note is that one way to distinguish the gender of a box turtle, among other features, is by using the color of the eyes.

Male box turtles are animals with red eyes, while females have brown-colored eyes. 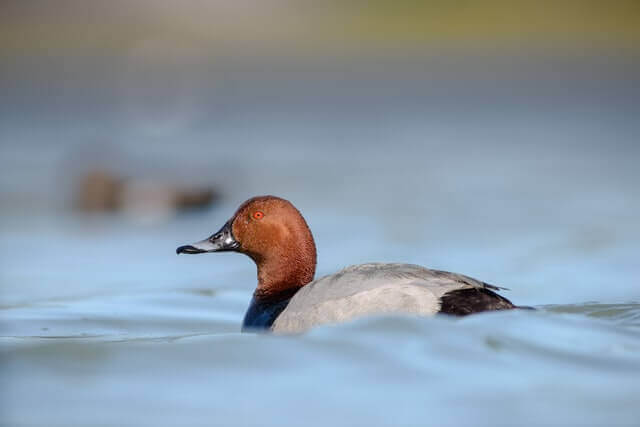 These ducks are found in the regions of Uruguay, Paraguay, Argentina, Chile, and Brazil. When they migrate in the winter, they can be found in Bolivia.

The giant redeye moth is a species of butterfly that lives around a variety of palm types. As their name suggests, they are animals with red eyes.

Apart from being red-eyed, both the males and the females are dark brown, adorned with several yellow spots near the tips of their wings. 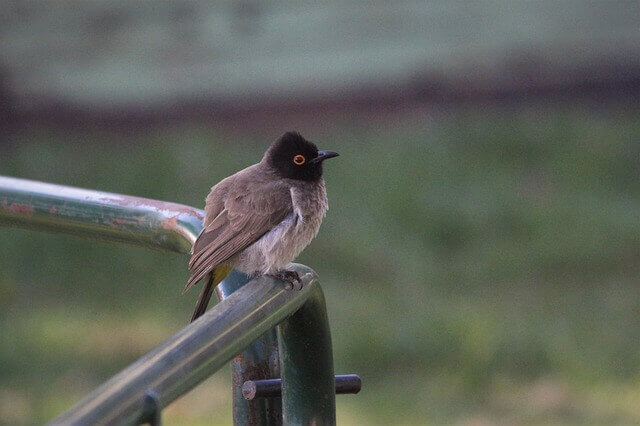 Bulbul (pronounced ‘bool-bool’) is a species of songbird found in several parts of the planet. They are widely distributed across Africa and the Middle East, as well as the tropical regions of Asia across to Indonesia.

Skinks are a type of lizard comprising over one thousand different species. Skinks typically live in North America, Australia, and Southeast Asia.

This red-eyed animal has a rough exterior, similar to that of a crocodile, and is specifically found in the tropical rainforests of New Guinea, Papua New Guinea, and Indonesia. 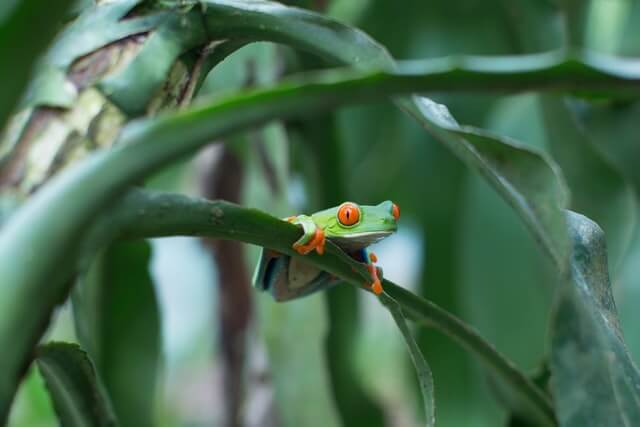 One of nature’s most populous amphibian species is the tree frog. Over 600 of these live in South and Central America, including the very colorful red-eyed tree frog.

This tree frog actually uses its red eyes as a self-defense mechanism against predators. Interestingly though, not all tree frog species live on trees!

These insects with red eyes live in various places; however, they prefer warm tropical climates. Except for the obvious characteristics (red eyes), they are hard to distinguish from house flies, besides being larger than their cousins.

Due to their scavenger nature, these pests are often found in areas near decayed flesh, food leftovers, and garbage cans. 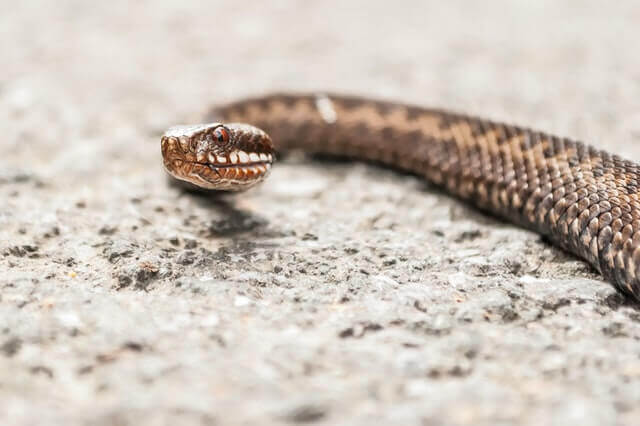 The European Adder is also known as the European viper and is commonly found throughout Europe and Asia. Its red eyes could have another function besides providing vision.

It is thought that they serve as an extra layer of protection in that, the redness of its eyes is a sign to potential predators that this snake is highly venomous.

Red-eyed vireos are a species of songbirds that are found in America. Their irises are a deep shade of red.

This red-eyed bird is the singing champion among songbirds. It has been observed that they can sing over 20,000 songs in one day, with one individual belting out 73 different types of songs! 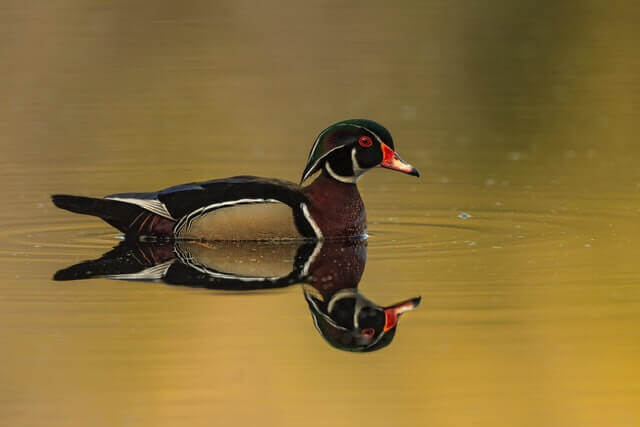 Wood ducks are a species of perching ducks, also known as Carolina Ducks. They have got the most colorful plumage of all waterfowl in Northern America.

The males have very vibrant plumage, including bright red eyes. The females, however, have mostly brown colored plumage with a few spots of color on the wings.

Redeye tetras are freshwater species found in Eastern, Central, and South America. They have silvery fins on their bodies with tails that are half-black half-transparent.

Both the males and females have a half-circle hired ring around their pupils. The females are generally larger and more rounded in the abdomen than the males. 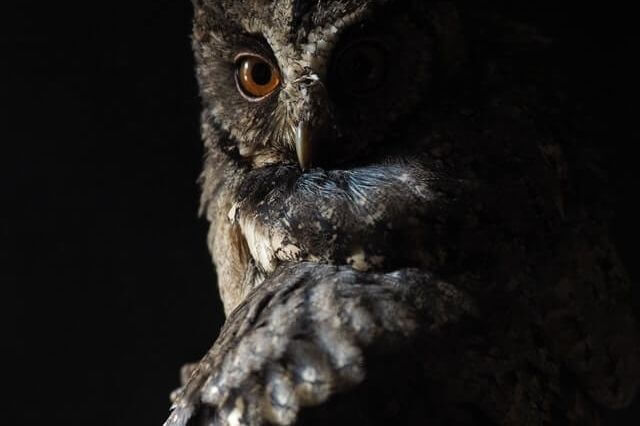 The stygian owl, also known as a devil owl and ghost owl, is a medium-sized bird found all over the planet, except for Antarctica. They have reddish-orange eyes, grey eyebrows, and black beaks.

Stygian owls are one of the most mysterious owl species, and in many cultures they symbolize death.

There are about 90 species of puffers in the ocean, which are extremely deadly. They are named for their ability to inflate when feeling threatened.

The red-tail dwarf puffer is a freshwater species found only in Indonesia. Both the male and females have red eyes, but only the male has a red tail. 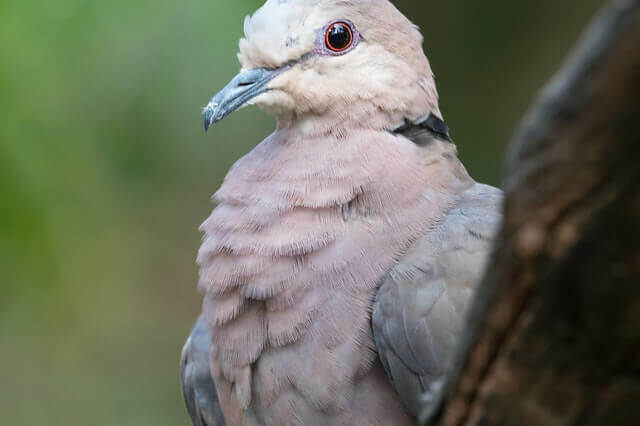 This is a large pigeon commonly found in sub-Saharan Africa. Red-eyed doves are identified by their brown plumage that looks grayish.

It also has ring markings around the neck area that make it look like it is wearing a collar. Its eyes are red, and they additionally have reddish skin around them. 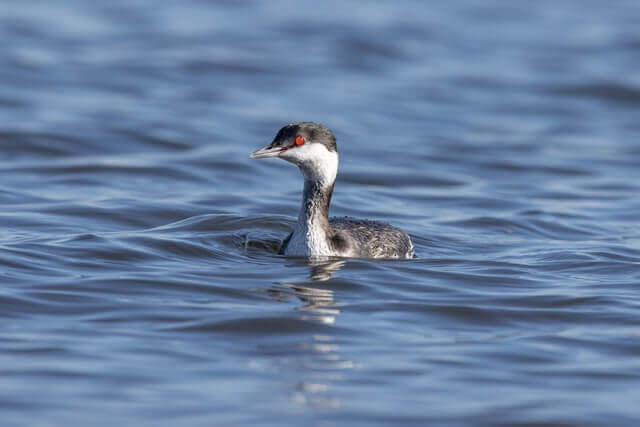 Grebes are a species of aquatic diving birds similar to ducks with red eyes. There are about 22 different species, found mostly in North America and Europe.

They are migratory species, and although a majority are found in freshwater habitats, a few can be seen in marine habitats during winter or migration seasons.

This is one among several species of leaf-tailed geckos, which have so far been recorded to be the smallest among the species. It is native to the African island of Madagascar.

They have red eyes and an eyelash-like projection above their eyes, which perhaps explains its name. Overall, its physical appearance makes for great camouflage day or night. 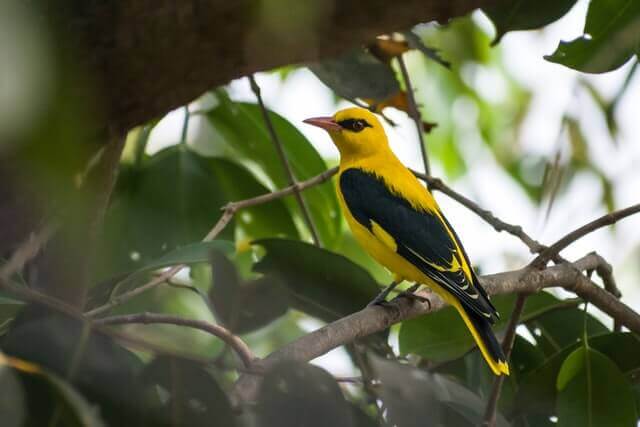 The oriole is a bird species that is proliferated all across the planet. So varied are the species that they are categorized into Old World and New World orioles.

Not all species of oriole have red eyes; however, several do. Some species such as the Olive-Backed, Green, Philippines, African-Golden, and Black-Naped are red-eyed animals.

The cowbird is so named for its association with herds of cows, eating the insects that get flushed out as the animals graze. 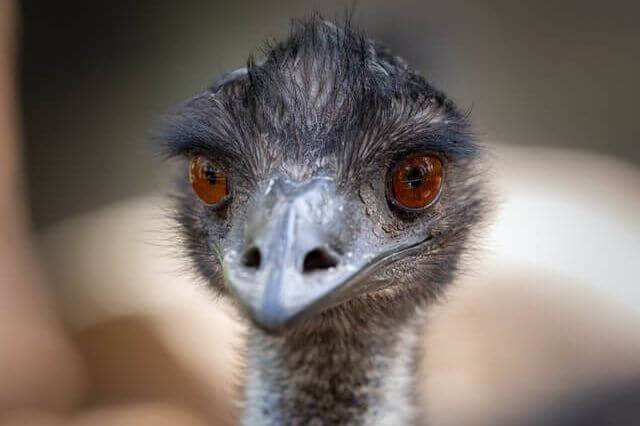 These flightless birds are found throughout the mainland of Australia and are the second-largest birds in the world, after their relatives, the ostrich.

Reaching the heights of 6.2 feet in height, they are very powerful and fast, dashing at nearly 30 miles per hour. These giant birds are classified as omnivores; however, they mostly feed on plant-based food.

Due to their bright eyes, the rock bass is also referred to as the “Red Eye”. It is a predator carnivore fish that is native to the Great Lakes region of North America. 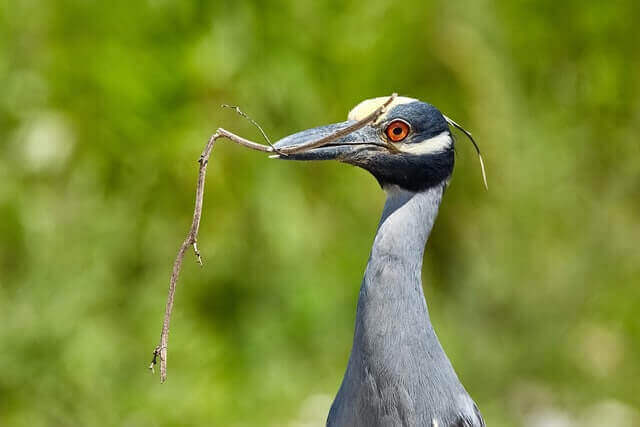 The last members on our list of animals with red eyes are night herons. Night Herons come in a variety of species and are so named for their nocturnal feeding habits. However, not all species have red eyes.

The species that have red eyes, such as the Yellow-Crowned and Black-Crowned species, are found all over the planet, but they typically inhabit areas of North and South America, Europe, and Asia.

When it comes to animals, eyes and their specific color play a big role on a beauty scale. While for some red-eyed animals are scary, for others, they represent something special and unique.

Contrary to popular beliefs, animals with red eyes are not evil or more dangerous than others. There doesn’t seem to be a correlation between personalities and eye colors.

The red color is usually associated with war, courage, love, health, and life. However, a deeper symbolization of colors and their meanings is probably another topic to discuss.

For us, having red eyes is both cool and scary, and we’ll leave the other interpretations for you.

And that’s about it. There are so many more gorgeous animals with red eyes coming in all shapes and sizes; the above covers only a few.

If you liked this article, we would like to recommend you a similar read: Animals With Small Ears