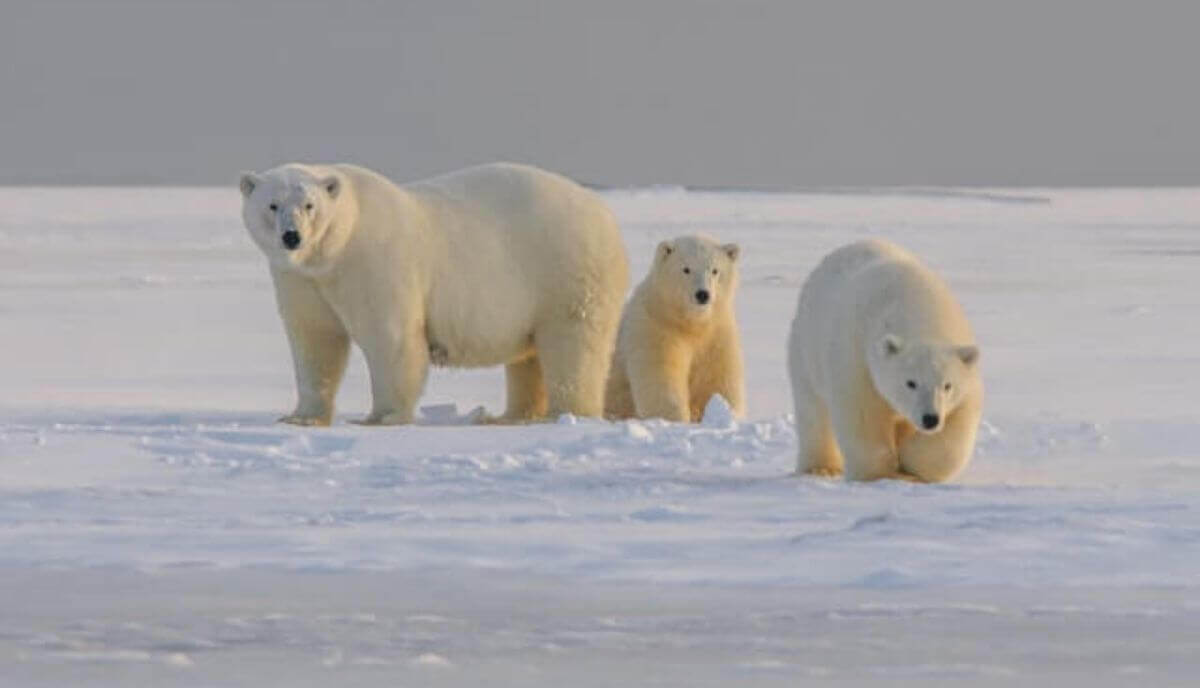 Many animals have fur covering their bodies, and it serves various functions such as temperature control and even protection from predators. Animals with fur come in multiple colors and lengths depending on where they live and their way of life.

Both domestic and wild animals have some sort of fur, and while it is thick on some animals, it is relatively thin on others. Fluff is usually confused with hair on animals since they look the same and may have the same consistency.

However, hair usually grows quite long on animals, but it is less dense than the fur on those animals. Here is a list of 14 animals with fur. 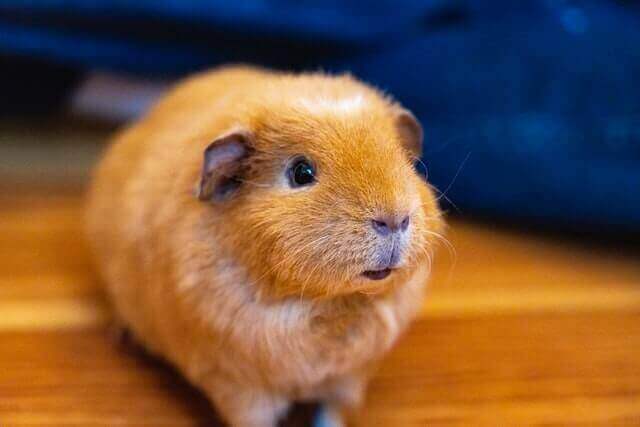 This animal with fur originates from the Andean Mountains in South America. It is often kept as a pet since it has fluffy fur that interestingly grows in circles called rosettes.

Depending on the guinea pig, it can have between eight and ten rosettes on the body, creating a pattern that only makes the animal more beautiful.

However, the fur is prone to matting and may tangle if not cared for well. Therefore, if you have it as a pet, it is essential to brush the fur to get rid of any tangles that may form. 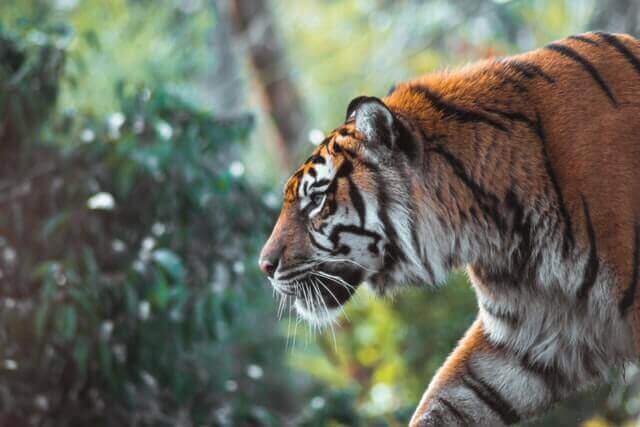 The primary function of the tiger’s hair is camouflage and protection in case it is bitten in a fight. Since it lives in forests and relatively cold places, it needs its thick coat for warmth.

The fur is in two different types; guard hair and underfur. Guard hair is mainly seen at the top and is quite long. It is thick and robust, protecting the tiger. The underfur is beneath the guard hair, and its primary function is keeping the animal warm since it traps air in its fibers which creates warmth.

The tiger coat is stripped, allowing it to blend into the surroundings, which comes in handy when hunting. 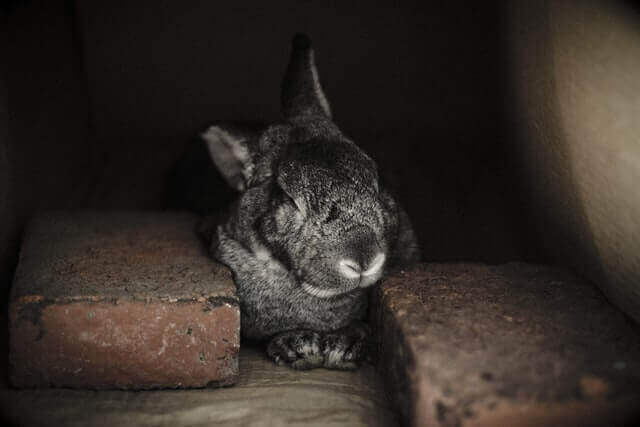 Just like the guinea pig, chinchilla comes from the Andean Mountains of South America. They are unique animals since they have the densest fur of any animal in the world.

Chinchillas have between 80 and 100 hairs for each hair follicle, which is very thick. Due to the nature of their fur, it is not safe for them to get wet or take a bath.

So, if you keep a chinchilla as a pet, you shouldn’t bathe it since it can take months for it to dry. Because of this, it can grow fungus in the fibers of its coat, which can be dangerous for the animal. 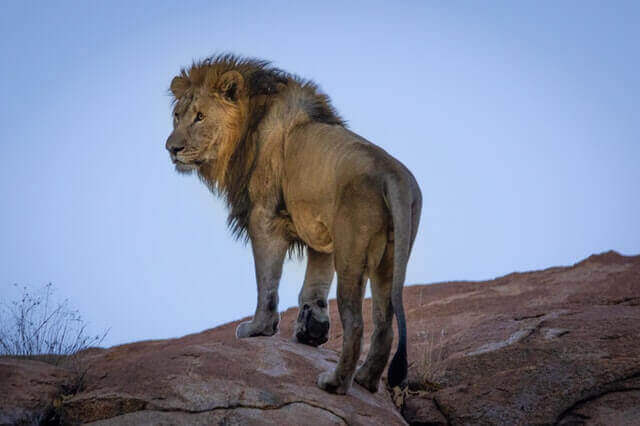 This is another cat with an interesting coat of fur, which is usually golden, allowing them to camouflage in the grass of the savannah. The hair is typically strong, providing it with protection from other animals, especially scavengers that may want to steal their kill.

Males have longer fur around their neck and head called a mane. The mane can be a different color from the rest of the coat since the testosterone levels of the animal control it.

Cubs are born with spotted fur, which is useful when hiding from predators, including males from other prides. With time, the spots clear, and they have a plain golden coat. 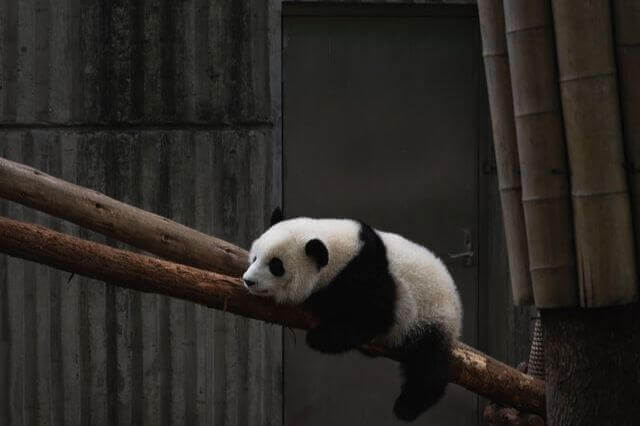 It has one of the most recognizable furs of all the animals with its striking white color. Unlike other animals, its coat is not made to camouflage in its surrounding since it stands out.

However, it helps keep the animal warm since it is pretty thick. The fur is quite essential in regulating the temperature of the panda since it spends most of its time sleeping. It only eats at dusk or dawn when it mostly consumes bamboo in large quantities.

The panda used to be hunted a lot for its fur, but it has moved from being an endangered animal due to conservation practices. 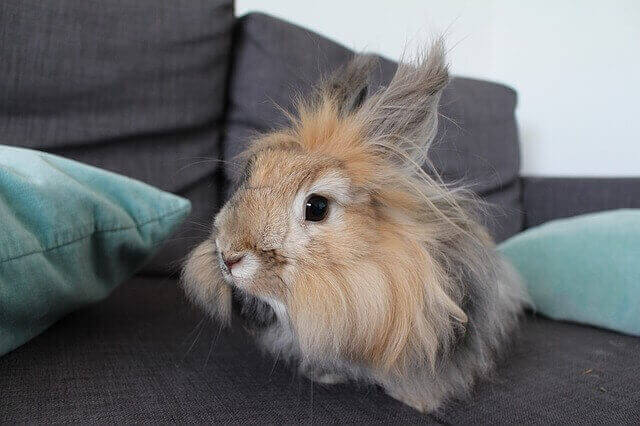 The Angora rabbit, also known as the Lapin, originated from Turkey and was imported to European countries in the 18th century. It is known for its thick fluff, which is why people breed it to make Angora wool.

There are 11 types of this rabbit ranging from a petite breed to the giant Angora, which can weigh up to 12 pounds and can give one pound of wool. Besides being bred for wool, it is also kept as a pet due to its docile demeanor.

When kept as a pet, it needs to be brushed often to keep its fur from matting. When the fur mats, it can make the animal sick, so proper grooming, including clipping, should be observed. 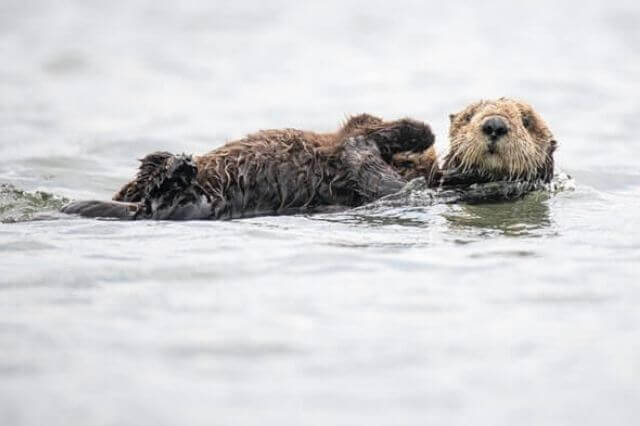 Sea otters are marine animals with fur, mostly found on the coasts of the Northern Pacific Ocean. They spend most of their lives in the water, and in order to keep themselves warm, sea otters have the densest coat of fur of any mammal alive.

This double coat layer of thermal protection keeps the otter warm and dry in the freezingly cold water. In other words, a double coat prevents the water from ever making contact with the animal’s skin. 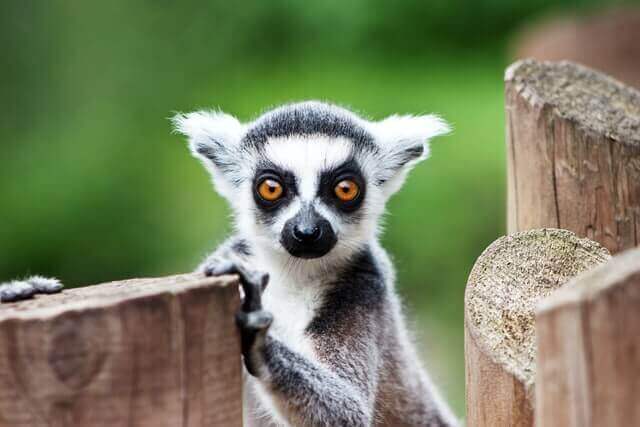 It is native to Madagascar, where they enjoy the long trees that provide them with habitat. They are known for their long tails, usually longer than their bodies, making them the dominant part of their bodies.

The lemur has thick fur that mostly keeps it warm from the harsh conditions in the wild. The brown color of lemurs also blends in the branches of trees, allowing them to hide from predators such as the fossa found in Madagascar.

Some types, such as the ruffed lemurs, have black and white fur, making them look like small pandas who do not blend in their environment. However, they are relatively small, making them fast so they can get away from their predators. 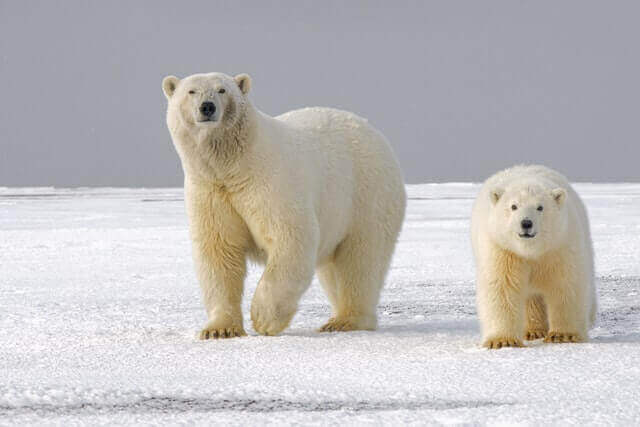 Apart from wearing the crown of the strongest bear species, the polar bear has several unique adaptations. When it comes to their coat, they have one of the most exciting furs of any animal since each hair on its body is translucent.

Each strand is hollow, which blurs out the light, so it is not really white. The hollow coat blurs out the rays of light, making it appear white. It has two coats, with the outer one being the guard fur and the inner layer having short fluffy hair covering most parts of the body.

The inner skin of the polar bear is black, which absorbs sunlight to help keep the animal warm together with the thick fat. The polar bear fur is so dense that these animals are prone to overheating in case they are very active. 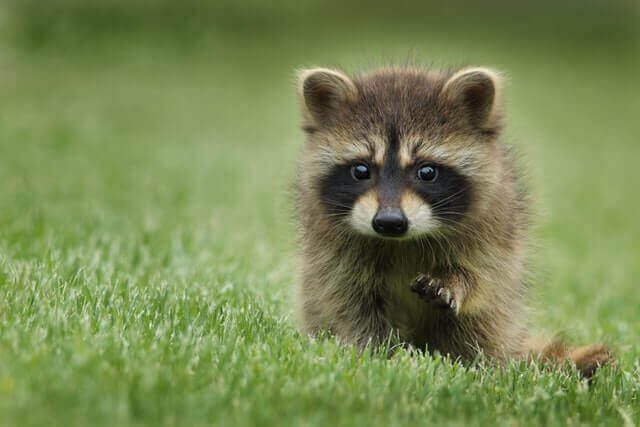 One of the most attractive parts of a raccoon other than its mask eyes is its fur. It has large black marks around each eye, making it look like it is wearing a mask.

While many people know these animals to be a nuisance making a mess in their homes, they are hunted for their fur. Their fur is soft, and the unique color helps them hide in the dark from predators, including humans.

Apart from that, it also helps keep them warm in the cold, especially during winter, which can be pretty harsh. The fur also provides a barrier that protects them from red fox and coyote bites. 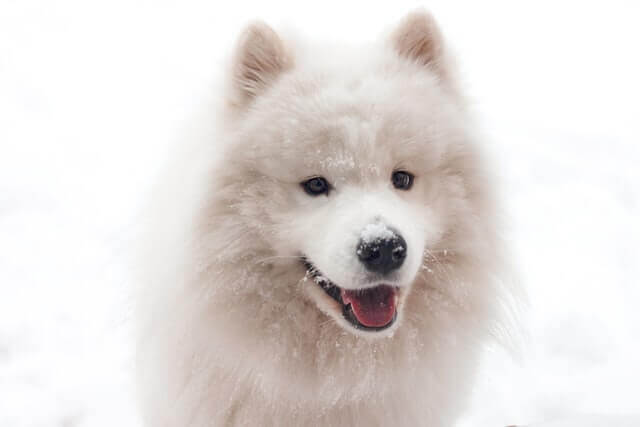 Most dog breeds have fur, but not all are specially bred for hypoallergenic purposes, such as the poodle. However, one of the famous breeds known for their hair is the Samoyed.

Samoyed has a long white coat that keeps it warm in the harsh winters of Siberia, where it originates. It is a herding dog that herded animals such as reindeer before it was fully domesticated.

Its fur is one of the best since while it is white, it rarely gets dirty and can exist without constant washing. The coat also doesn’t smell like that of other dog breeds. It, however, needs frequent brushing to keep the fur from matting. 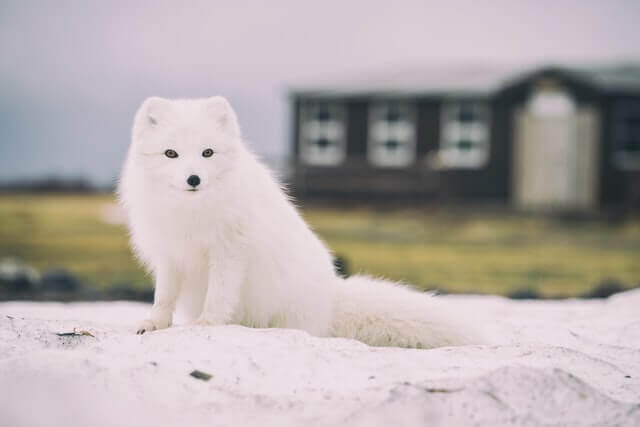 The polar fox is another animal with fur that is native to the Arctic. These small canids have the best coat insulation of any animal on the planet. Arctic foxes are also the only canids with fur covering their footpads.

Apart from the obvious reasons (keeping the animal warm in an extremely cold environment), their fur has a camouflaging adaptation. The color of its fur undergoes color transformation depending on the season.

During the winter, the fur is white. While in the summer, their white coat turns into a brown one. Even though they live in some of the coldest places in the world (94°F), their fur keeps the animal’s body at 105°F throughout the whole year, regardless of the external temperature. 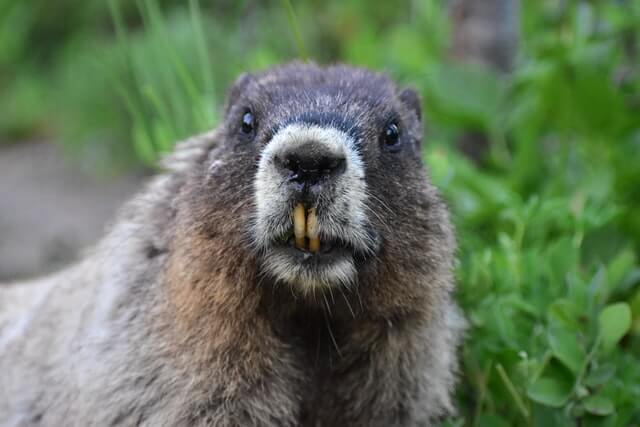 These animals with small ears originate from Europe but are now primarily found in North America due to being hunted for their fur. Recently, however, they have started coming back in their numbers to Russia.

The beaver has two layers in its coat, including shiny and rough guard hair and a very thick underfur. They come in various colors, from dark brown to golden underside to a silvery color in some cases.

Due to the thickness of the fur, it is a difficult animal for predators to kill since one bite won’t cause much harm to it. It also helps keep it warm, especially when swimming in the cold waters of lakes and rivers in North America. 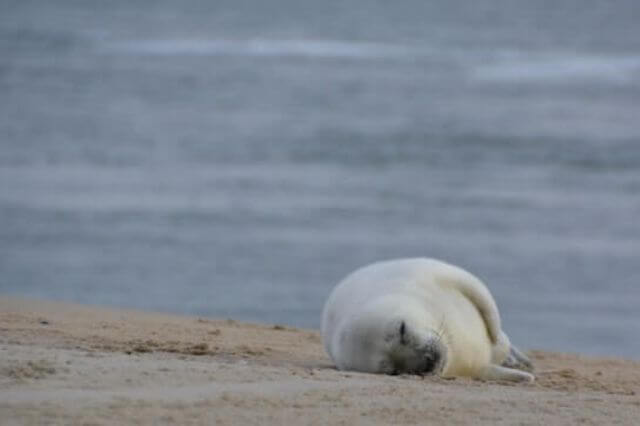 The last members in our list of animals with fur are harp seals. This is a unique breed of animal with different fur in its stages of life.

The pups are born with long white hair called lanugo, which lasts no more than a month. Its primary purpose is to absorb enough sunlight to keep them warm from the cold conditions they are born.

Between three and four weeks, they shed this coat and develop a light fur which can be grey to black around the face with a black spot on their backs. Some of them may have dark spots on their coat, depending on the particular breed.

The adults don’t always have the fur since they shed it in the spring and grow it back in time for winter.

These are just a few of the many animals with fur in the world. This important feature in their bodies keeps them warm, providing protection and enhancing their physical characteristics.

Some of the animals shed their coat during the warmer months to ensure that they survive the heat. You will note this in animals such as the Samoyed and other dogs who have a lighter coat when it is warm. However, they grow them back in time for winter for their protection.

Thank you for reading. If you liked this kind of listicle post, I would like to recommend you a similar article – Animals With Trunks 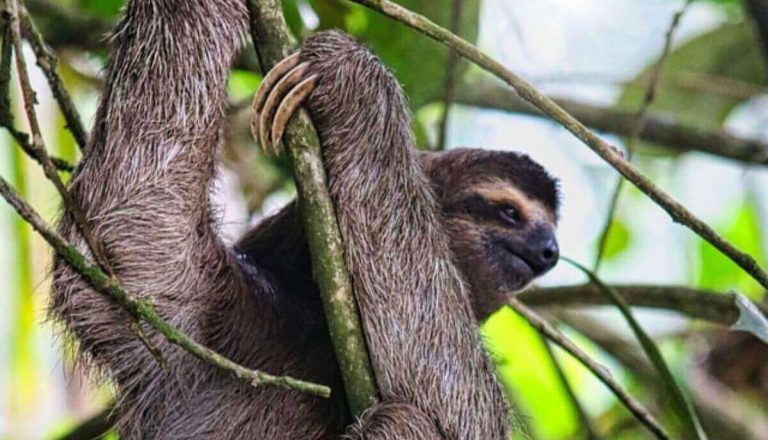 Sloths are furry tree-climbing animals that some people keep as pets. They like to keep to themselves and stay in their quiet environment. Yet, what many people want to know… 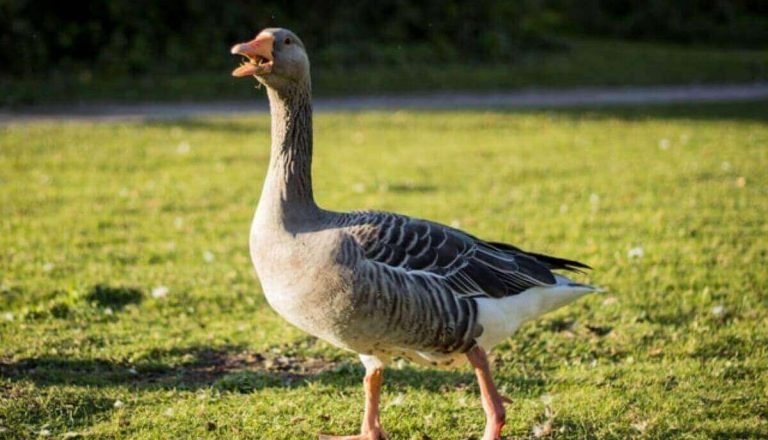 Geese are popular poultry around the world, known for their loyalty and friendly personalities. But have you ever wondered – are geese dangerous? Geese can be dangerous, as they are… 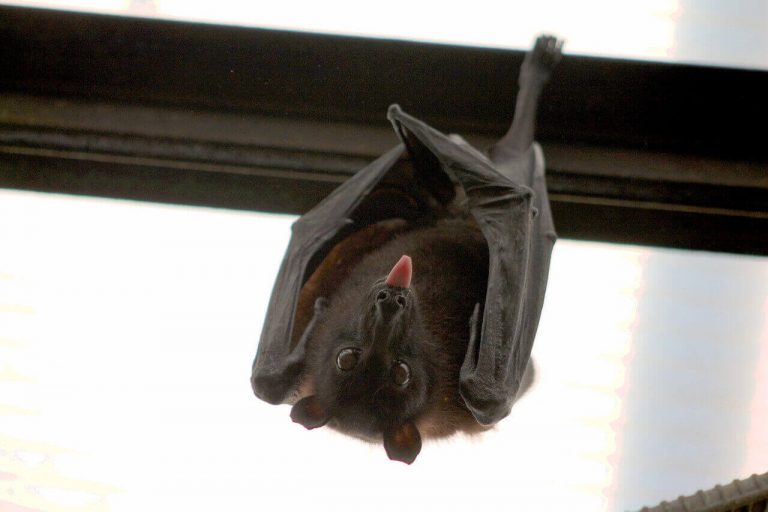 Bats are mammals in all ramifications, but with the added advantage that they can fly. They are, in fact, the only mammals that can sustain flight for long–although the flying…

Kangaroos are the largest marsupial on the planet Earth. They are known for their big tail, strong back legs, and huge feet. Kangaroos are also the only large animal that… 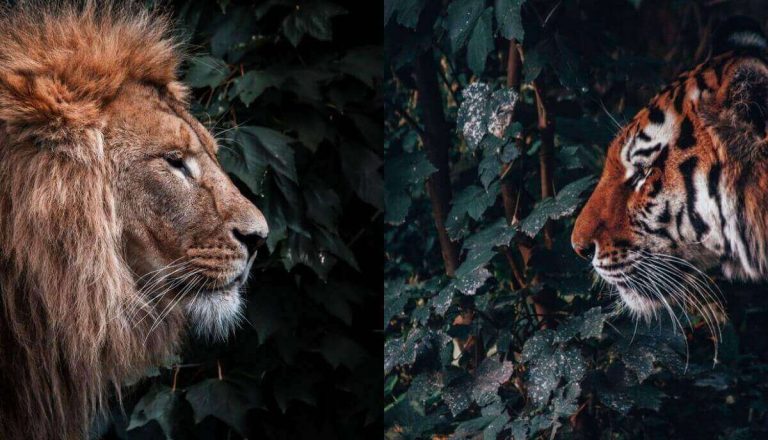 Lions and tigers are two large cats with many similarities, making it easy to confuse the two. They belong to the same family, Felidae, which translates to cats. They are…