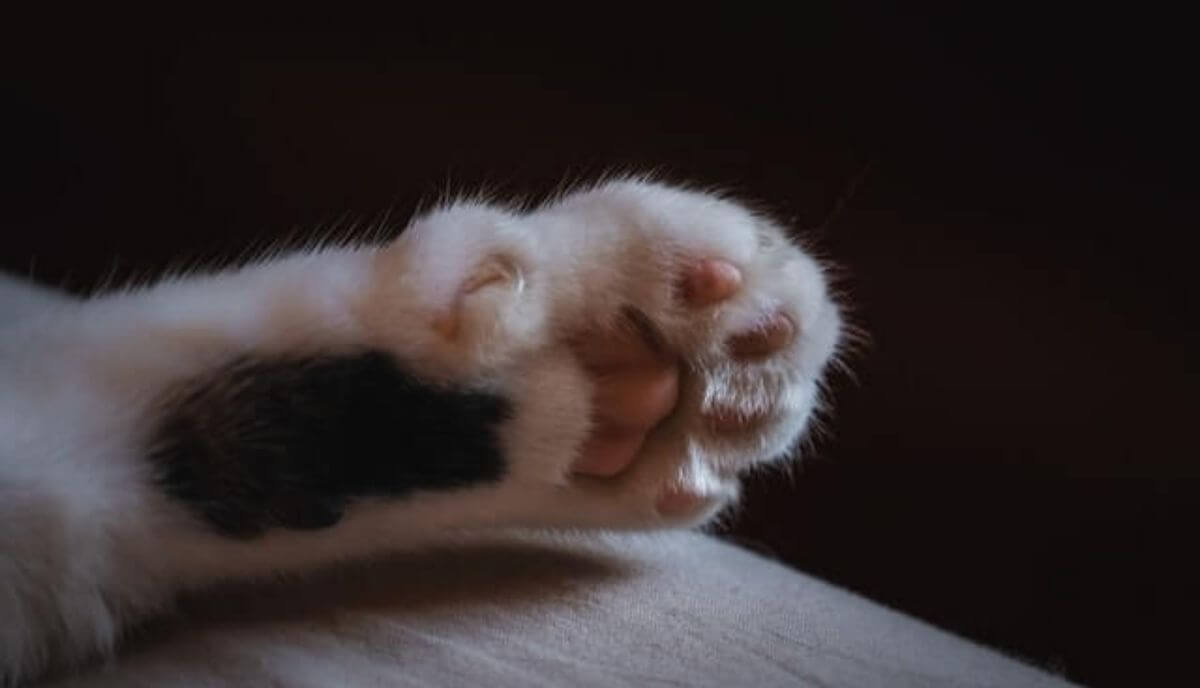 Have you ever wondered what animals have paws? Or why do some animals have them? When you think about it, there are many animals with paws.

Some are highly known and live with us humans, like cats and dogs. While there are also animals with paws that we can bet you never heard of in your lifetime.

Why Do Some Animals Have Paws?

Paws are different from animal to animal, but most have pads that act as cushions. The paw consists of one larger heart-shaped pad and four load-bearing digital pads.

Some animals like domesticated cats and bears have five or six toes. They’re also a carpal pad used for additional traction, and some species have dewclaws. On each paw digit, there’s a claw used for gripping, defense, or hunting. The pads on paws are usually hairless, while some animals have fur on them.

Absorption of sound is critical when animals are hunting their prey. The paws help animals jump quickly, absorb the shock, and even the sound. You may have even noticed this if you have a cat, and they sneak up on you, and you don’t hear them.

Depending on the animal, some paws are rougher than others, and they help them grip on slippery or hard surfaces. Just like hiking and climbing shoes help us when hiking in nature. You can’t notice this in your indoor pet due to the conditions surrounding them. Indoor pets are not exposed to challenging conditions and outer surfaces, so their paws are much smoother than wild animals.

Can you think about some animals with paws except cats and dogs? If you can’t, we are about to help you refresh your memory and help you learn something new.

Here is the list of animals that have paws:

Felids are one of the most known families of animals. It is a family of mammals that’s often referred to as cats. Animals from this family are in the order Carnivora, which means that they have a primarily meat-based diet.

A member from the family of Felids is a felid, but often the term cat is used. This family of animals consists of both wild and domesticated cats.

Felids are animals with paws that help them survive in the wild, run, jump, and even climb trees. Felids are predators, and their paws help them silently and smoothly stalk and ambush their prey.

Also, unlike most carnivores, big cats have retractable claws on the tip of their toes, used for various reasons, especially for hunting.

Canids are dog-like carnivores, and the only subfamily of Canids that’s extant today is Caninae. And the most known members of this subfamily are domestic dogs, wolves, foxes, and coyotes.

The species from the Caninae subfamily are found worldwide, in every continent except Antarctica. All Canids are similar; they have long legs, bushy tails, and sharp teeth adapted for eating flesh and cracking bones because they are carnivores.

Furthermore, most Canids live in groups and are social animals, and they also use their numbers when hunting.

Canids are also one of the best-known groups of animals with paws. The paws are an essential feature of Canids because they allow them to be fast and efficiently hunt their prey.

Lagomorphs are animals from the order Lagomorpha with two remaining and living families. The members of this order are hares, rabbits, and pikas.

In this animal order, there are 33 species of hare, 42 species of rabbit, and 34 species of pika that are extant today.

All of these species are animals with paws. However, all of them have slightly different paws.

Interestingly, and different when you compare Lagomorphs with Felids and Canids is that Lagomorphs don’t have paw pads. Their entire paws are covered with fur.

Mustelids are members of the Mustelidae family, a family of carnivorous mammals. This family includes badgers, weasels, otters, ferrets, minks, martens, and wolverines.

Mustelids are small animals with typically elongated bodies and short legs. Their short legs have little paws that help them run and catch their prey.

These predatory animals are nocturnal, and for most of them, their soft paws help them sneak up on their prey. Apart from paws, most members of the Mustelidae family are also equipped with webbing between their feet, a perfect adaptation for swimming. (source)

All of the species are similar but also different. The polar bear is carnivorous, and the giant panda is herbivorous, while other species are omnivorous.

They all have one thing in common: they are all animals with paws. The bears’ paws are different in size than the other animals; they are big and strong.

Paws help them run fast, hunt their prey, effectively climb trees, and swim really well. Their paws are plantigrade and have five claws.

The red panda is an endangered animal from the family Ailuridae, and the only living species from this family. It’s native to the Himalayas and southwestern China.

Red pandas have a specific appearance, and it’s known for their fluffy red and brown fur. It’s called the red panda, but it’s not related to the giant panda.

It’s another animal with paws, and something interesting about the red panda is that they do not have paw pads. Instead, their paws are covered with fur. It has soles covered in fur due to the red panda’s extreme weather conditions in the Himalayas, and it serves as additional cold protection. (source)

Raccoons or the common raccoons are mammals from the family of Procyonidae. They are native to North America and highly popular in pop culture due to their specific facial mask that resembles burglars.

They are also animals with paws, and their front paws are extremely dexterous and help them find food and eat. Raccoons are omnivorous animals, and they will eat anything, so their tiny front paws are great for acquiring food.

The paws of the raccoons resemble that of humans’ hands, and also it is said that their hands are very sensitive. Furthermore, their paws are extremely helpful when it comes to climbing too.

Mammals from the order Rodentia are called rodents, and they make up 40% of all mammal species. Most-known rodents are rats, mice, squirrels, porcupines, prairie dogs, beavers, guinea pigs, and hamsters.

It’s interesting that once rabbits, hares, and pikas were also members of this order, but they are now in a separate family, also known as Leporidae.

Rodents are primarily tiny animals with paws, which are also small. Most rodents have four toes on the front paws, while their hind paws are equipped with five.

Rodents use their paws for various reasons; however, some of the most important actions are running, climbing, fighting predators, and eating food.

And now you finally know most of the animals with paws that are extant on our planet. We hope you learned something more and introduced you to some new animal species.

Paws are essential for many animals, and the paws weren’t designed as they are many animals would have had different destinies and lives. Paws are there to help animals survive in the wild, hunt, run, climb trees and mountains and devour their food. Paws make the lives of animals much more manageable, even if those animals don’t live in harsh outdoor conditions.

Thank you for reading. If you liked this article, here’s a similar recommended read: Animals With Pouches