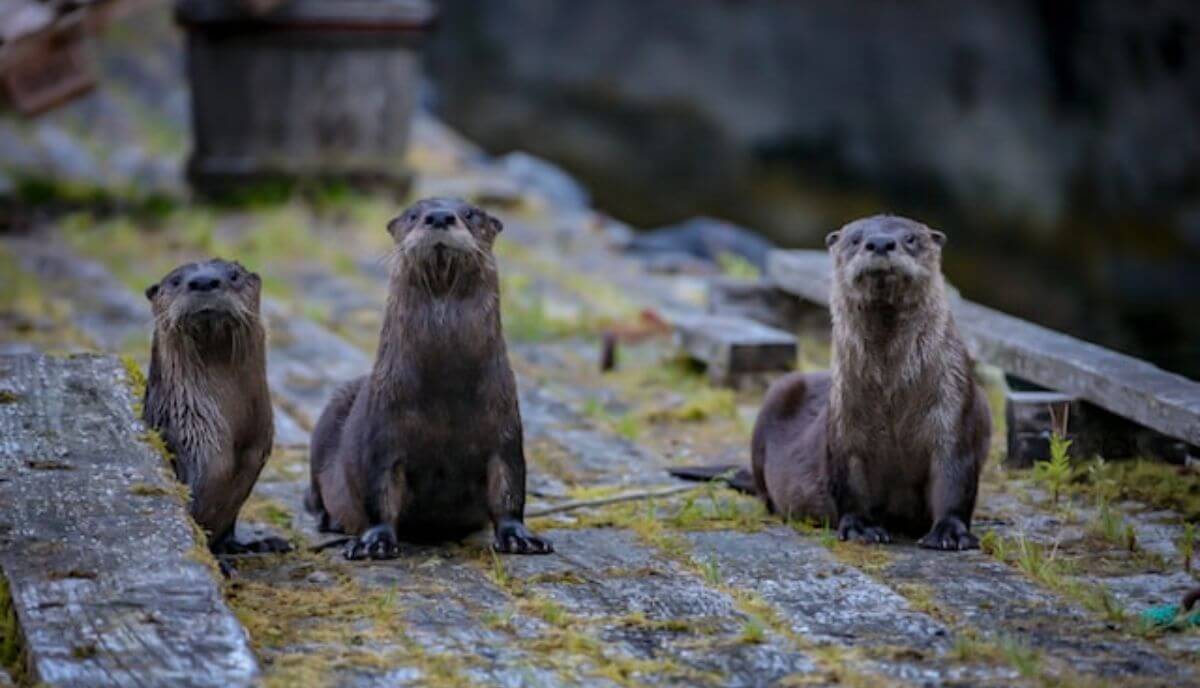 There’s no doubt that otters are cute animals. Their furry coats, large eyes, and tiny paws make them adorable little creatures. Most of us could spend an entire day scrolling through cute otter videos on social media.

But are they as lovable as we think they are, or are otters evil?

As it turns out, otters can be quite evil. Despite their innocent appearance, these animals are known for doing pretty disturbing stuff.

In this post, we’ll talk about why otters are evil and why they aren’t the cuddlers they appear to be.

6 Reasons Why Otters Are Evil

This may not surprise those who know the animal well, but it’s important to note that otters are carnivores. If you thought that otters, like beavers, eat a plant-based diet, you are mistaken.

These furry creatures eat meat, such as fish, frogs, birds, and even mammals.

Depending on how hungry they are and how much they have access to food, otters aren’t too picky with their meals! It isn’t surprising, given that they need to eat around 15% of their body weight daily to survive.

Otters are highly active creatures, and their meat-based diet gives them energy for all sorts of mischief.

Now, just because an animal is a carnivore doesn’t mean it’s evil, right?

Absolutely, many gentle mammals are carnivores – including your pet cat! However, otters may take their diet a bit too far because…

#2 Otters Will Do Anything to Get Food

Survival of the fittest is a tale as old as time. Every animal on Earth (including humans) has learned to adapt to its environment, which means sometimes having to make difficult (or gross) choices to survive.

For our furry friends, that means getting their meal by any means necessary. Even if that means keeping other’s pups as hostages.

Males, in particular, are known to take a female otter’s food by threatening to kill her baby. They’ll keep baby otters underwater until females give them their food. Pretty wicked!

Even mothers, though, have their dark sides. When food is hard to obtain, sea otter mothers will abandon their young and leave them to starve to death.

Because of their high metabolic rates, as was already mentioned, these creatures require a lot of food and will use whatever methods are needed to get it.

If you thought that these are the worst disturbing facts about otters, you’d be mistaken – we’re just getting started with the absolute worst these animals do.

Namely, they are extremely aggressive when they mate.

In detail, the male otter will bite down the female otter’s nose as the ritual begins – causing physical injuries. These injuries can be so deep that they result in the female’s death.

In fact, females have disproportionately higher rates of fatality – explained by the vicious mating ritual.

Sometimes, they will also force the female’s head underwater. Despite spending most of their time in the water, otters can’t breathe underwater; as mammals, they need air.

If a male is too aggressive during the mate (which he usually is), the female will drown below the surface.

#4 Otters Will Force Themselves on Other Animals

Are female otters the only species that males try to copulate with? If we’ve learned anything until this point, otters are eviler than they seem.

Just like when they mate, otters bite the baby seal and hold it down with their sharp claws, causing injuries and death in most cases. There is no conclusive evidence as to why they do this.

Do you think that seals are the only species that otters enjoy using? Unfortunately, it gets worse.

There has been an incident where an otter had tried to mate with a dog and killed it in the process.

And we’ve reached the most disturbing fact about these “adorable” creatures. We’ve mentioned above that otters will try to mate not only with other otters but also with members of entirely different species, even if the other party is unwilling.

However, the most jarring fact about that is that they don’t care whether the animal is alive or not.

Yes, you’ve read that right. Creepy and evil otters will forcefully copulate with a corpse. There has been at least one report of a male otter copulating and swimming with deceased female otters.

Obviously, one report does not mean that all species members will do this, but it’s still worth noting.

#6 Otters Can Infect You With a Virus

Let’s end this on a somewhat less disturbing note! We’ve mentioned these species’ worst behaviors, but did you know that there have been numerous reports of otters harming humans that they come in contact with?

Although river otters are primarily responsible for these attacks (80%), sea otters can be just as dangerous – incidents are more infrequent.

As a result, if you ever find yourself in proximity to an otter (river or sea), back off. It may be tempting to try and pet the cute and friendly otter, but one wrong move and you will be hurt.

What we didn’t mention, though, is that otters can infect humans with the H1N1 virus.

As this is a new development in biology, further research is needed to determine precisely how this species started to host the virus.

Interestingly, otters don’t get sick when they have the flu. This means you can’t distinguish between healthy and infected otters, making them even more dangerous.

Nonetheless, it is another reminder that you should stay away from these vicious beasts. Although they may be adorable and hold hands while traveling, don’t forget how distressing and evil otters are.