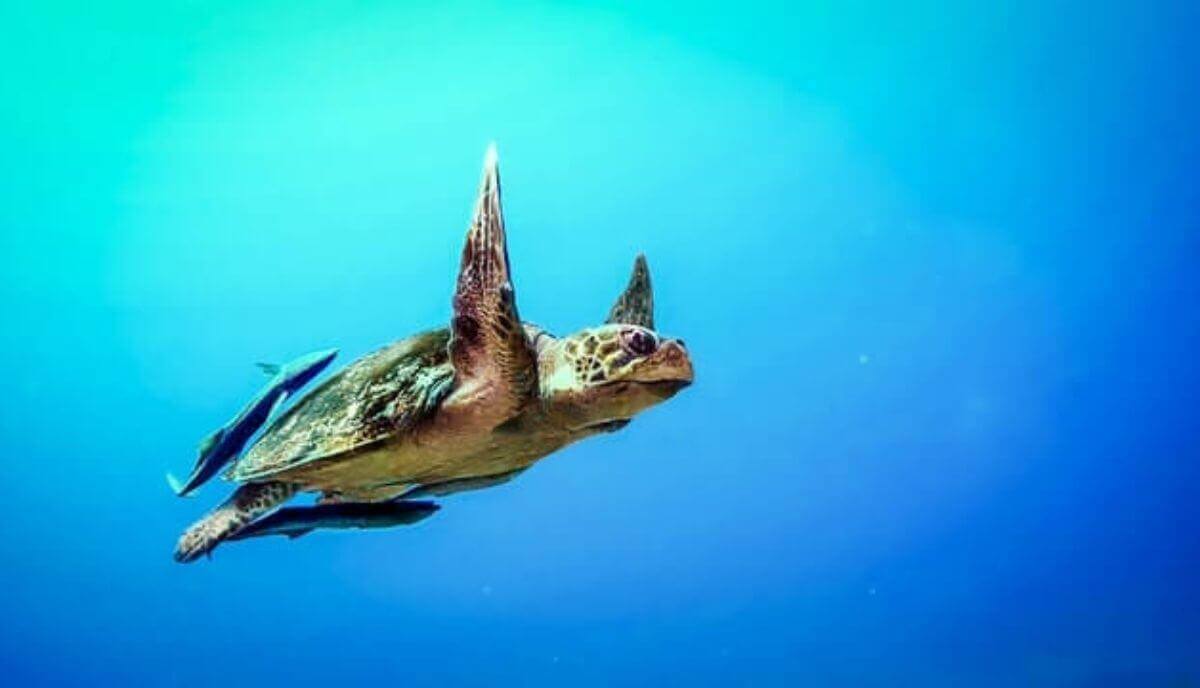 Omnivores are animals that eat both meat and plants. You can probably list dozens of land omnivores, but what about omnivores in the ocean?

Examples of ocean omnivores include sea turtles, boneheaded sharks, crabs, manatees, lobsters, and others. Aquatic omnivores feed on other sea creatures like fish, crustaceans, or mollusks. They also eat plants like seagrass and algae. Other ocean omnivores are scavengers and will additionally feed on dead sea creatures.

These animals will obtain their food in two main ways; the first is by waiting for the food to drift their way in the ocean currents, while the other way is by going out in search of it – hunting.

Omnivores in The Ocean

The first members on our list of omnivores in the ocean are bonnethead sharks. There are more than 400 species of sharks, and the bonnethead species are the only omnivores species known to man.

Sharks are recognized as a hunting species that heavily rely on their sense of smell to locate food. In addition, they use sound waves and vision (light and color displacement), as well as electroreception, to locate and capture their prey.

A bonnethead shark diet is largely carnivorous, consisting of crustaceans, octopus, and small fish. Larger sharks may feed on seals, dolphins, and sea turtles. Some species of sharks also eat trash and whale carcasses, while others feed mainly on plankton.

For all the carnivorous tendencies, it may come as a huge surprise to find out that some shark species, such as the bonehead shark, have been known to include seagrass in their diet when their regular prey is not readily available. 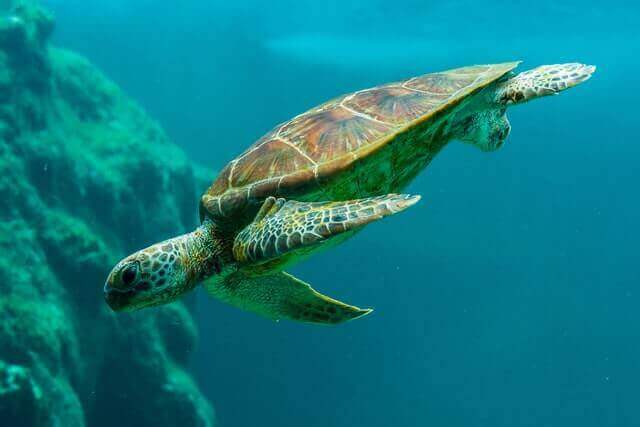 There are more than 300 species of turtles, and they are categorized as land, semi-aquatic and aquatic turtles. A variety of these turtle species are found in oceans around the world and are characterized as slow-moving creatures, just like their land counterparts.

Sea turtles are opportunistic feeders, meaning that they will feed on whatever is available around them at the time. However, sea turtles do not hunt for their prey.

Some species of turtles feed on mollusks (because they are sedentary) and fish that may be passing by. They will also scavenge the remains of prey if an opportunity arises.

The most common omnivore turtles include Olive ridley, flatback turtles, and green turtles. However, the green sea turtle feeds mainly on seagrass, but during juvenile years, it will occasionally snap up a jellyfish and make a meal of it. 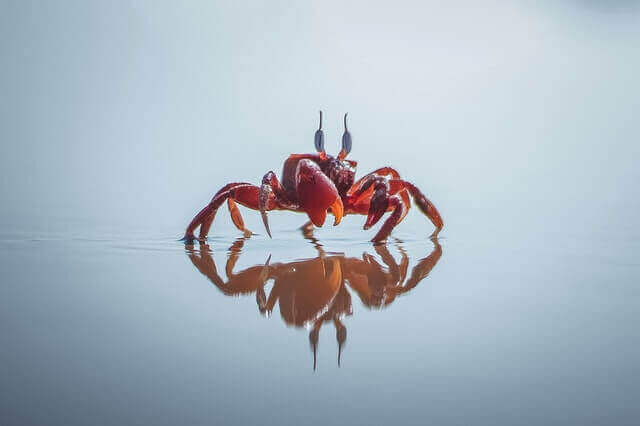 Another ocean omnivores are crabs. There are over 10,000 species of crab that are found in oceans all over the world. Their most notable feature is their ‘side-walk’ they use to walk or run.

Crab feed on a variety of food sources as they are opportunistic feeders, eating just about anything they can get their claws on. Their diet includes algae, plankton, mollusks, worms, fish, and other crustaceans, including bacteria, detritus, and fungi.

However, their feeding habits are based on the availability of food sources as well as the species of crab.

A variety of crab species have what we would call ‘specialized’ diets. Some will feed exclusively on clams, fish, or plankton, other species live commensally on other sea creatures, meaning that they feed off of what their host eats, while others will scavenge on the carcasses of other sea animals when available. 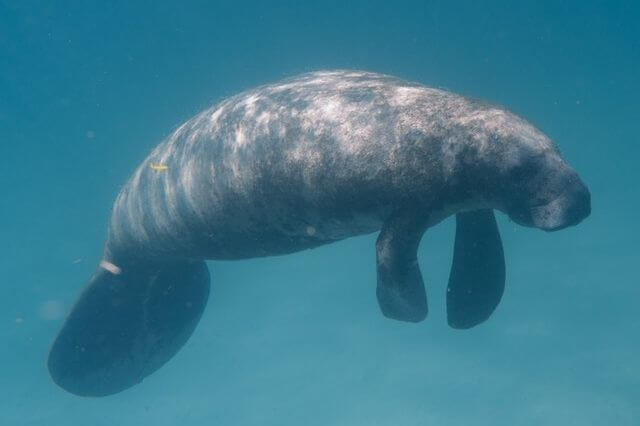 Manatees are often thought of as herbivores and have even been nicknamed ‘sea cows’ because of the copious amounts of vegetation they consume.

What is not commonly known about these gentle giants is that they require more proteins and lipids in their diet in order to maintain their bulky masses, and plants do not have a sufficient supply.

Out of necessity, they eat mollusks, sea worms, fish, crustaceans, and oysters, whose shells they easily crush with their jaws. They will consume these as often as they become available. Because as a slow-moving species, they simply do not have the speed necessary to hunt. 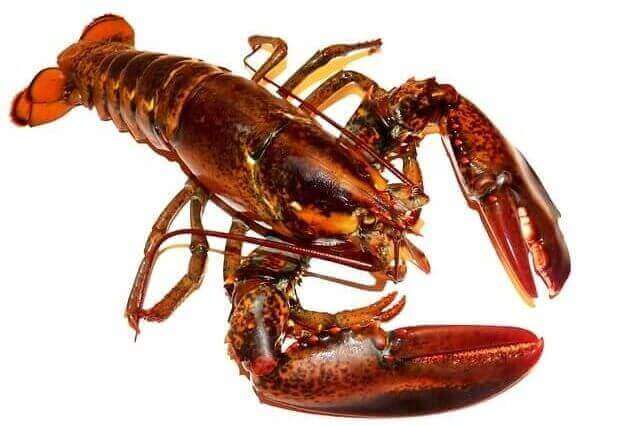 The last members on our list of omnivores in the ocean are Lobsters. They are found in all oceans of the world and live close to the ocean floor.

Have you ever wondered what a lobster eats before it arrives in any kitchen for dinner? Well, a lobster’s diet is omnivorous and consists of a variety of sea creatures and some plant life.

Lobsters eat live prey such as sea worms, mollusks, other crustaceans, and fish. They also eat seaweed and will scavenge when necessary, like when live prey is not readily available. This is their regular diet. There are some unexpected things that feature on a lobster’s menu.

When lobsters need to grow, they molt, and at these times, they have been known to eat their skin. If you think that is an odd menu item, try this; lobsters have been known to display cannibalism in captivity, or when the lobster population is too great in an area.

A majority of sea life is carnivorous, with the larger animals preying on smaller ones. Although omnivores in the ocean are not the majority, they still play a crucial role in the health of our oceans.

They come in a variety of shapes, sizes, and colors. Each has its unique dietary combination, some being more carnivorous, while others are more herbivorous. Additionally, some diet variations occur even within species.

Omnivores tend to be opportunistic in their feeding. This occurs primarily due to seasonal changes that impact the availability of food sources, some of which are migratory species.

A secondary but crucial reason is the changing ecosystems in the ocean due to excessive human activity, which in turn has negatively impacted food sources for some species.

Thank you for reading. If you enjoyed this article, I would like to suggest you a similar post – Animals That Eat Fish