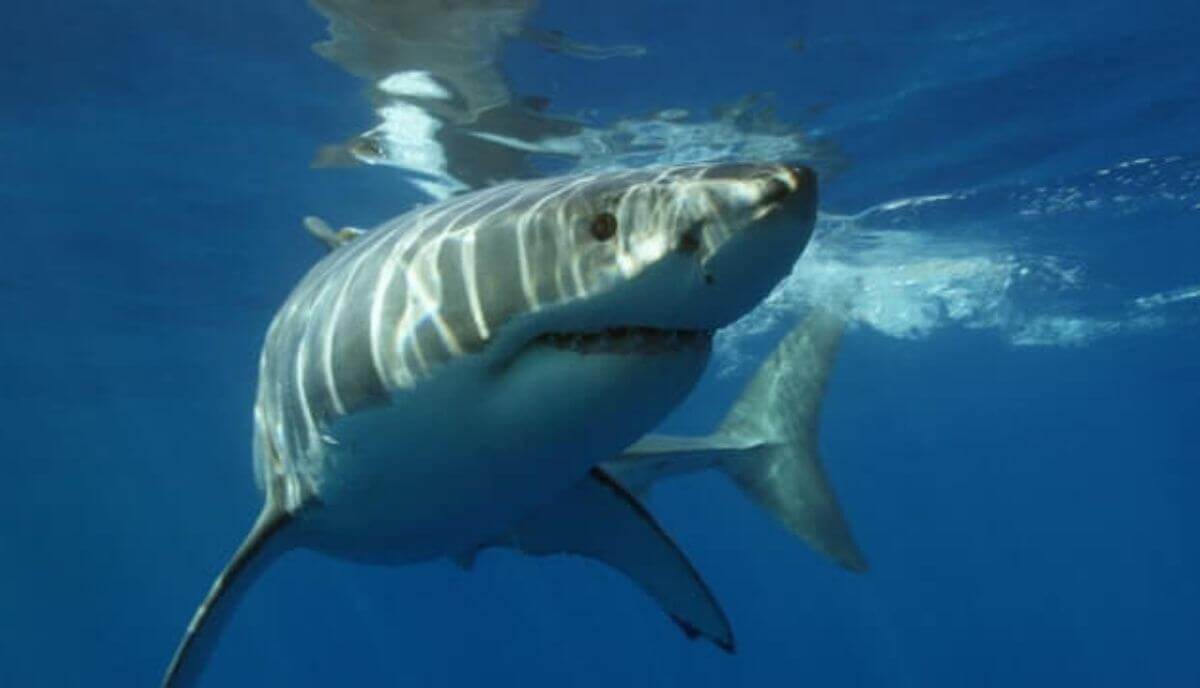 Carnivorous animals are the predators of the world. They prey on other animals to get their daily meal. Some of them are hunters, while others are opportunist predators or scavengers waiting for others to hunt so they can eat. The carnivores in the ocean are more or less similar.

There are many carnivores in the ocean that prey on other animals. Some kill and eat large prey such as seals, while others prey on smaller animals such as shrimp and other small fish. They solely survive by killing other animals so they cannot eat plants and other plant-like matter found on the ocean floor.

This list compiles some of the major predatory animals of the ocean.

9 Carnivores In The Ocean 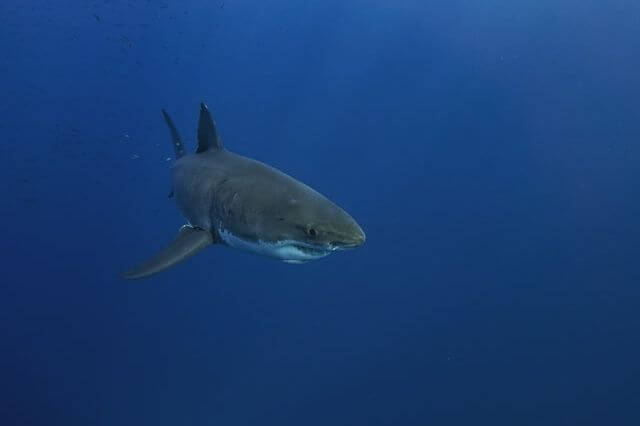 On the list of the greatest predators and carnivores in the ocean, the great white shark is among the first, if not the first. It is a well-known quiet animal and silent killer of practically anything in its path, so you don’t want to be in the ocean when it is around.

Sharks are pretty large and can grow to a length of about 20 feet which means that they can kill most beings in the ocean. They are found in almost all oceans all over the world, where they prefer to hunt near the coast. They have sharp teeth that come in handy when killing and eating their prey.

The shark’s teeth can tear through the flesh of most of their prey, so eating them is quite an easy task. The main diet of great white sharks includes large fish in the ocean, seals, birds, turtles, dolphins, and even smaller whales.

On a yearly basis, a great white shark will eat approximately 11 tons (24,500 pounds) of food. 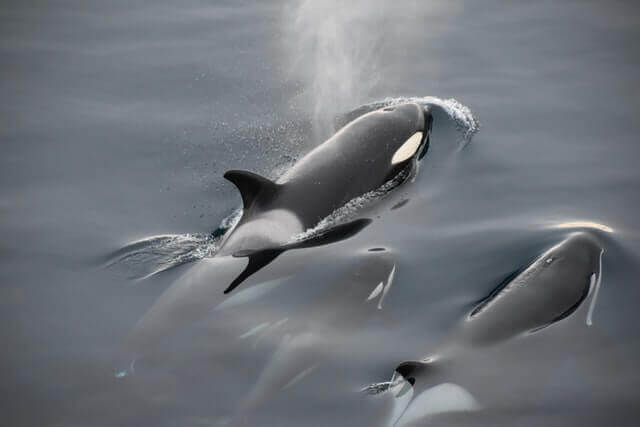 More commonly known as the killer whale, the orca is another great predator animal in the ocean. Unlike their name suggests, they are not of the whale family, but they are more closely related to dolphins.

You can identify them by their more pronounced snout, similar to that of dolphins. However, they get their name due to their large size since they can reach up to 30 feet. They are determined hunters and are not afraid of a chase, so many animals, especially those with young, swim away when they sense them.

Due to their large size, they prey on larger animals such as penguins, seals, large fish, walruses, and other smaller types of whales. A medium-sized orca will consume around 550 pounds of food each day.

Read Also: Animals That Live in a Lake 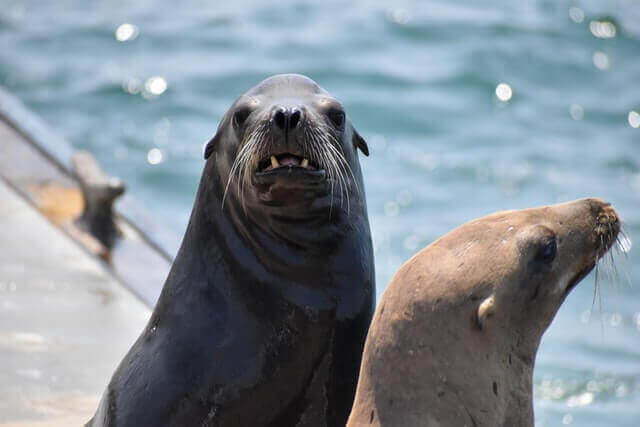 There are two main types of sea lions, namely, the stellar and California sea lions. They are some of the top predators in the ocean, given that their only threat is the great white shark and killer whale.

These lions can get quite big, with males reaching 11 feet and weighing 2,500 pounds. The sea lion has strong jaws with sharp teeth to kill and tear apart their prey. While they can be quite fast in the water, up to 27 mph, they are scavengers meaning they feed on the kill of other animals.

However, they do hunt smaller prey, such as tiny fish, squid, and baby seals. On average, sea lions eat 5 to 8 % of their total body weight per day.

It doesn’t present as much of a killer, so it is not considered a significant predator, but it is a skilled killer. It can get quite large, and since it is almost the same color as the floor of the ocean, it camouflages.

The torpedo ray uses the element of surprise to kill its prey. It hides in the ocean’s plants or on the sand and lies in wait for its prey. When the fish gets near, it reveals itself, wraps itself around it, and shocks it instantly before feeding on it.

As such, its main food includes smaller prey. So, the usual diet of torpedo rays consists of dogfish, flounders, and smaller sharks.

Related: Omnivores in the Ocean 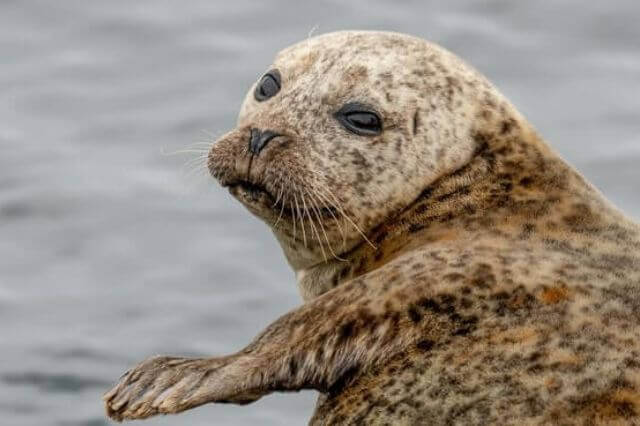 Among the ocean, mammals are leopard seals which most people consider cute and harmless. However, they are some of the fiercest killers of the seas. These ocean carnivores have strong jaws filled with sharp teeth adapted to killing and tearing the flesh off their prey.

While they are not fast on land, they are excellent swimmers in the ocean, where they are great hunters. They can swim a long way when hunting until they get their prey. They are also quite large, reaching about 10 feet, with adults weighing up to a ton.

If their teeth don’t kill the animal they hunt, they can easily crush them beneath their weight. They mostly hunt penguins, turtles, squid, and krill. In general, they consume up to 8% of their total body weight per day. 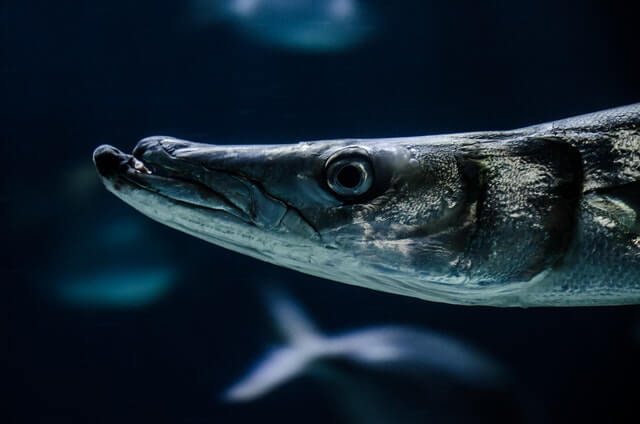 It is another carnivore of the ocean that most people do not know about, which is why there are many incidences of barracuda bites among divers. They can grow to lengths of up to seven feet while still remaining slim and streamlined.

Barracudas mostly hunt using the element of surprise by hiding in the aquatic plants then surprising their prey, biting and killing them. However, they can sustain quite the chase thanks to their slim bodies; they can be very fast. These ocean predators can reach speeds of 36 mph (58 kph).

In addition, they have sharp teeth that they use to bite and kill their prey. The barracuda hunts small fishes and squid. However, in groups, they can bring down bigger mammals such as baby seals. 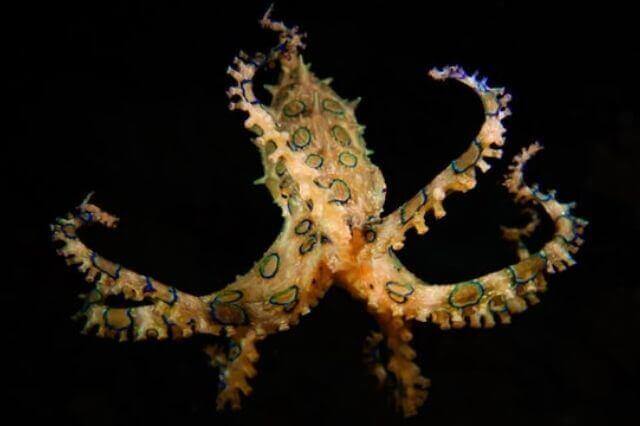 When in danger, it changes color to match its surrounding, which is also how it hunts. It waits on the ocean floor or among plants to surprise its prey. Once fish gets close enough, it injects it with poison which instantly kills it, and it can feed.

Blue-ringed octopuses mainly hunt fish, crustaceans, mollusks, and other small marine life. It is said that this small octopus can produce venom enough to kill up to 20 people. (source)

While they are not famous predators, the blue marlin is a fascinating carnivore in the ocean. They can grow up to 16 feet long, making them large fish even though they are not at the top of their food chain.

You can identify them due to their long dorsal fin and the large bill that they use when killing their prey. They are good hunters, so they can chase after their fish for long distances without giving up.

Blue marlins eat various large fish such as tuna and mackerel. When food is scarce, they will prey on young ones such as baby whales and seals. 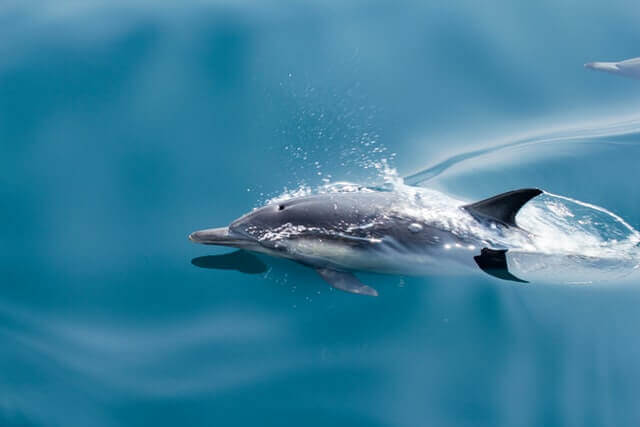 The last members on our list of carnivores in the ocean are dolphins. These marine mammals are quite intelligent creatures, and they’ll utilize the cooperation strategy when hunting.

Their diet mainly consists of fish, and they will eat anywhere from 25 to 50 pounds of fish per day. In general, dolphins have a reputation of a kind and playful aquatic creatures; however, the truth is they are voracious ocean predators.

Dolphins are noted to torture and murder other animals just for fun and even kill each other’s babies. So next you so the next time you wish to swim with dolphins, remember that they are not as innocent as they appear.

This is the list of 9 top carnivores in the ocean that hunt and kill their prey in various ways depending on their abilities and surroundings. Many of these animals are the biggest in their environment.

However, smaller ones, such as the octopus, are small but with extraordinary abilities. Some honorable mentions not listed above include the polar bear and tiger shark that are great killers.

And that’s all for today. I hope you have enjoyed this article and learned something new about ocean carnivores. I would also like to recommend to you a similar read – Animals That Eat Fish.