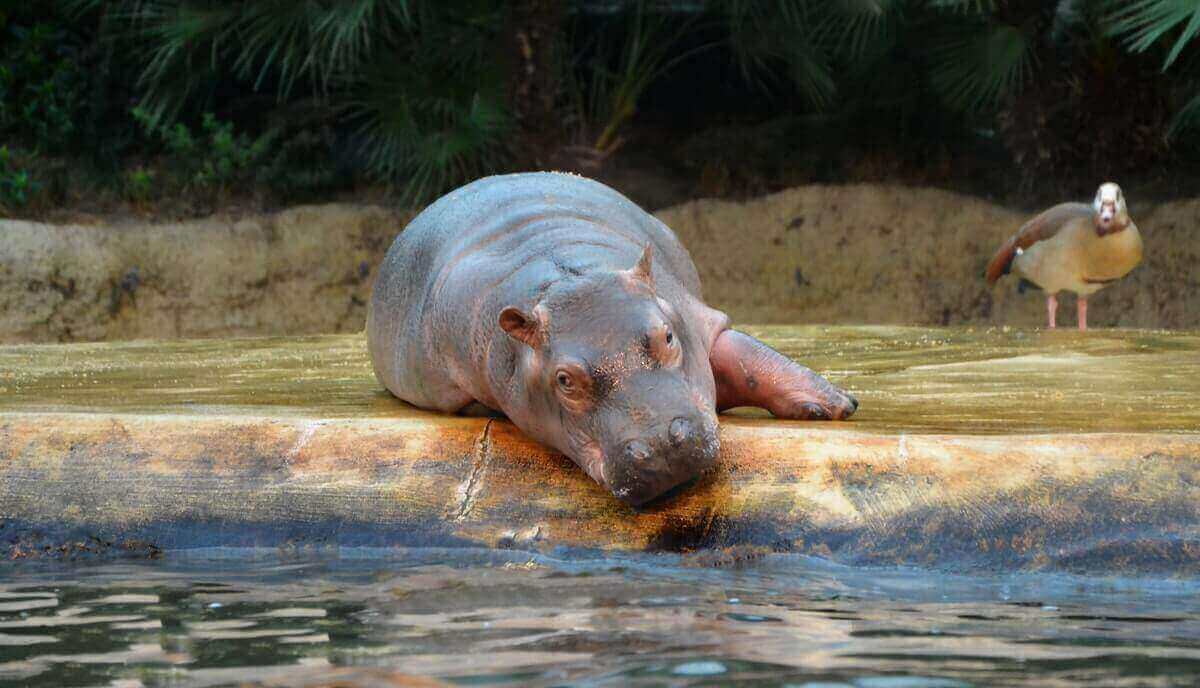 Chocolate is something that most of us can’t resist. While people enjoy eating these delicious sweets, you may wonder if animals would like them as well.

The thought of a large, heavy animal like the hippo dipping its head into a pool of chocolate is enough to make any child giddy.

Wild hippos natural habitat is not found near cocoa plants or other sources of chocolate, and they are not attracted to it in captivity. It is hard to tell whether hippos like chocolate or not. But if you try to feed them with chocolate, they would probably eat it. However, this doesn’t necessarily mean that hippos like to eat chocolate.

In today’s world, there are plenty of different foods and treats that we feed our pets. Yet, chocolate shouldn’t be one of those treats.

Eating plenty of chocolate can easily cause poisoning. The most common chocolate poisoning victims are dogs and cats. Sometimes even with fatal outcomes.

These animals can’t metabolize theobromine (an alkaloid from the cacao plant) as fast as humans. In case the animal is smaller, a small amount of chocolate can cause poisoning.

When it comes to hippos, these animals are huge, and they weigh on average 3,000 lbs. While males can weigh up to 9,000 lbs. As a result, feeding a hippo even with big amounts of chocolate wouldn’t harm it.

Yet, in theory, if a hippo only eats chocolate without getting the usual foods – it would very likely leave some health consequences on the animal.

Some people say chocolate is bad, while others disagree. Either way, eating lots of chocolate is not something that is suggested. It can lead to obesity, and we probably should not eat it in large quantities.

On the other hand, we strongly do not recommend giving chocolate to your pets.

In the table below, we can see different chocolate nutrition values per 100g.

What is hippo’s favorite food?

Until recently, experts considered hippos to be herbivores animals. Meaning they only feed on the plant-based matter.

However, recent observations have shown that some hippos also eat meat. On top of that, some hippo species went one step further and displayed cannibalistic behavior.

Yet cannibalism is very rare, and these animals would eat their own kind only in extreme situations. When there is no food source for longer periods of time.

Even though this is only a small part of hippos, these giant creatures are today classified as omnivores.

Yet, their favorite foods are short grasses and leaves. A lot of their diet is from water, as well because they spend up to 16 hours a day submerged in it while grazing!

Besides eating grass from water, they stay submerged in the water to keep their skin moist and cool. And they would spend most of the sunny hours in the water.

According to LiveScience adult hippos eat 80 lbs. grass per night. And after they fill up their stomachs, hippos can go three weeks without eating.

While captivity hippos eat different plants and vegetables. Mostly lettuce and alfalfa. Sometimes on special occasions, zookeepers will feed them with watermelon and pumpkins as a treat.

The rumor that hippos like chocolate are not true. These omnivore animals mainly feed on grass, while chocolate is nowhere near to be found in the places they inhabit.
If a chocolate bar is offered to a hippo – it would probably eat it, due to curiosity, more than because hippos actually like chocolate.