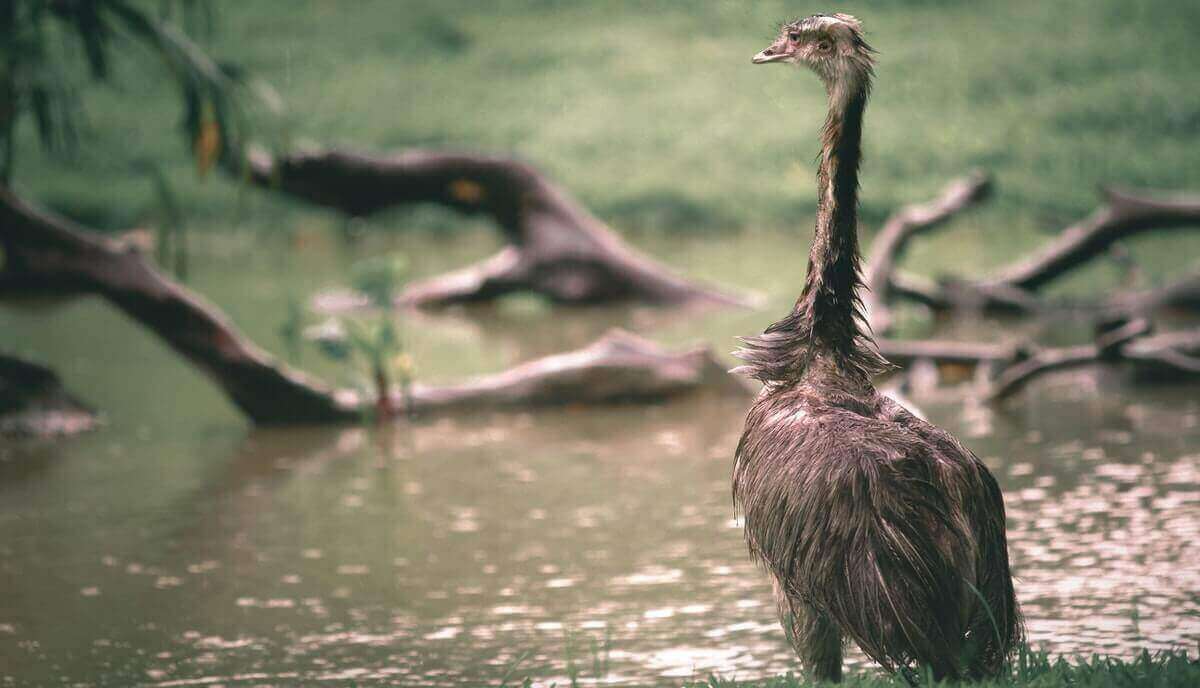 Born and raised in Australia, emus are the second-largest birds on the planet. Even though they are flightless, emus are fast runners, good swimmers, and high jumpers. When provoked, emus can be dangerous.

But do they defend themselves by spitting? Do emus spit?

Emus may spit on occasion, yet emus normally do not spit as a defensive tactic. Unlike animals such as llamas and alpacas that spit on each other as a way of communication, and may also spit when they are protecting their food or feel cornered. And if an emu feels threatened, it will use its big three-toed feet to defend itself.

Emus are gentle, friendly nomad birds that rarely display aggressive behavior. And spitting is just not their thing. Emus possess salivary glands in their mouth, yet they are not using that ability to make spitting projectiles.

Yet, these big birds are quite talkative. Emus have an inflatable pouch in their throat, which they use for communication. When fully inflated, an emu can produce different sounds such as grunting, drumming, booming. These sounds can travel 1.2 miles (2 kilometers).

Most birds have salivary glands, and they usually use saliva to break up the food. While some bird species even use their spit to build nests. So-called ‘bird’s nest soup’ and it’s considered a delicacy in Asian restaurants.

Birds normally do not spit as a defensive mechanism, as some other animals do.

However, there is one bird called The Fulmar that developed both amazing and disgusting defensive mechanisms. These birds vomit/spit oil collected in their stomach. Even very young chicks can use that ability to chase away potential predators.

Other animals that spit

Spitting is a common behavior in animals, and it is seen across many different types of species. There are different reasons why an animal might spit. Some animals do it to intimidate or to defend themselves against potential enemies.

As mentioned earlier, llamas and alpacas use their saliva as a way of communication. Females spit to tell males that she is not interested in them, while both genders spit to keep others away from their food.

Spit is an important defense mechanism for many animals because it can help ward off predators or other dangers. For instance, when threatened by a predator, the spitting cobra will release toxic saliva from its fangs to immobilize its prey.

Other species that rely on this defensive strategy include skunks and porcupines that emit noxious chemicals.

As well as several other venomous reptiles such as vipers and pit vipers (whose dangerous bites are often accompanied by their “spitting” of venom).

Other animals such as gorillas may also use spit when they need to defend themselves against attack from another animal or person.

How do emus protect themselves?

One of the most iconic animals, the emu has evolved to protect itself from predators. The first line of defense is its size. The maximum height of an adult male emu is 6 feet tall (1.8 meters) and weighs up to 130 lbs (59 kilograms).

However, if cornered, emus can be dangerous. They have powerful legs and claws that can cause serious damage if they kick or stomp on a predator’s head or neck.

Yet, it is not unheard of for an emu to be killed by a predator; some predators include dingoes and eagles.