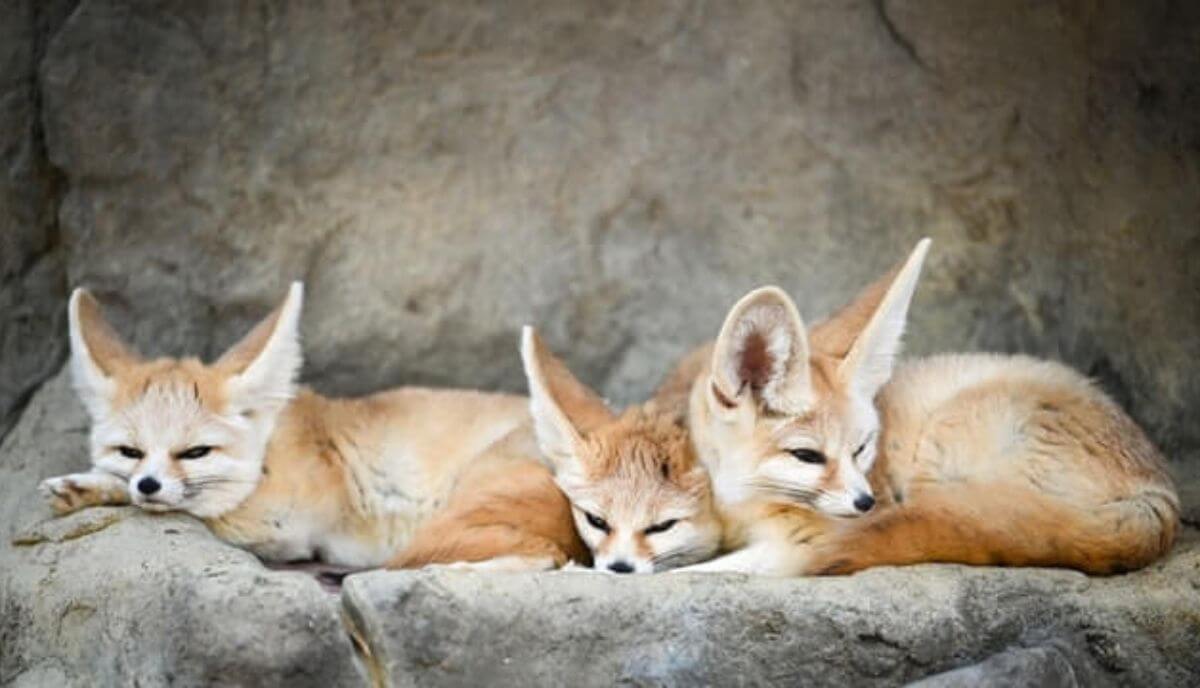 Since growing up, we have had countless interactions with foxes. From reading about them in fairy tales to watching them on TV – no wonder, they are one of the most beloved creatures.

Foxes are cute, fluffy, mischievous, and energetic; some evolve to be docile, while others prefer to lead a solitary life into the wild.

Although many people wish to adopt and pet them, it is better to leave them where they belong – in the wild. Some species are also protected under law in many countries, so that is another reason to admire them from afar.

However, that doesn’t stop us from drooling over their charm and cuteness!

Buckle up; in this article, we are going to list some of the cutest foxes around the globe! 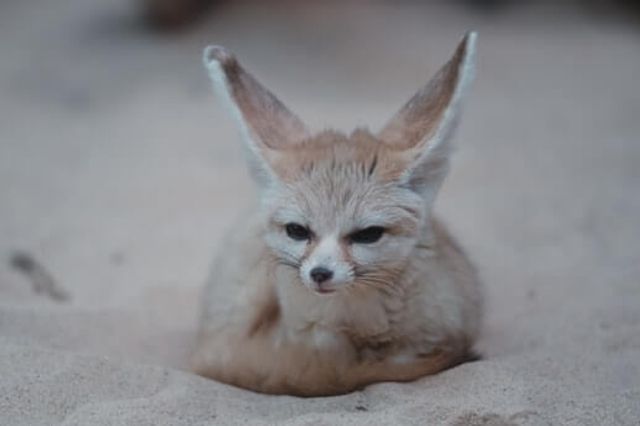 In our eyes, small equals cuteness; in that matter, the fennec fox might be the cutest fox in the world!

Ok, ok, the size is not the only reason they are so adorable. But please take a moment and look at their dense, fluffy fur and oversized ears – oh gosh, cuteness overload!

The Fennec fox is native to northern Sahara – particularly Morocco, Algeria, and Egypt. These tiny cuties spend most of their lives in burrows under grasslands, making them hard to spot.

In the wild, their diet is based on insects, small rodents, birds, and eggs. They have an exceptional hearing ability, which helps them to locate underground prey.

Apart from feeding on live prey, they will also eat fruits, leaves, and roots.

A female fox gives birth to 1 to 4 pups. Their general life expectancy is around 14 years in captivity.

Did you know: These big-eared animals have the largest ears relative to the body size of any canid species! 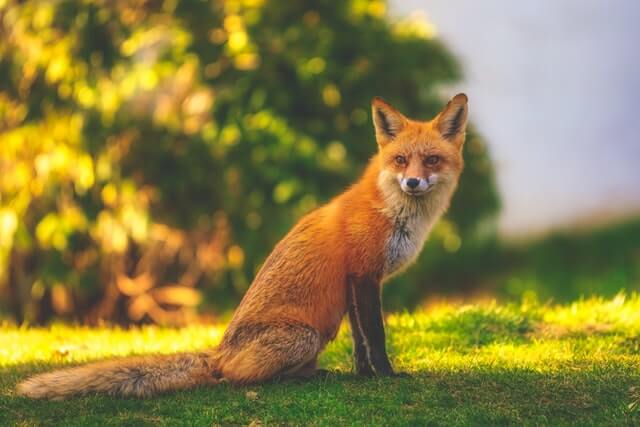 Red foxes are spread across the entire northern hemisphere, so their population is stable, making them the least concerned species for extinction.

Adult foxes grow about 30 inches tall, and they live only 4 years in the wild. However, their life expectancy in captivity is more than 3 times longer than in the wild.

Their bright and beautiful orange fur is easily noticeable – and many of you would argue that they are the cutest foxes, isn’t that right?

Due to their omnivorous diet, red foxes prefer to live in woodlands and near human settlements and help control the population of other pests and rodents. They also help germinate seeds, thanks to their diet.

Did you know: The red fox is considered to be the smartest fox species! 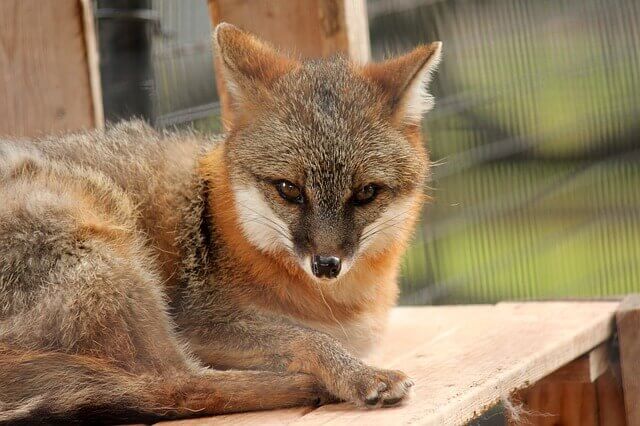 This cute-looking fox is native to northern and central America. They prefer to live in the wild – mostly in forested and bushlands.

As their name suggests, their entire boy is coated with grey fur, but they also have a reddish hue on their legs and neck.

These foxes are generally friendly but quite hard to spot, as they are very elusive.

Gray foxes are omnivorous and hunt small mammals and rodents, while sometimes they also eat fruits and nuts. They take shelter in rock crevices and hollow wooden barks and hunt at night.

Unlike other foxes, they have oval-shaped pupils rather than slit-like.

These cute fox species live up to 6 years in the wild, but life expectancy increases to 15 years in captivity.

Did you know: Gray foxes are expert tree climbers, so they are sometimes referred to as cat foxes. 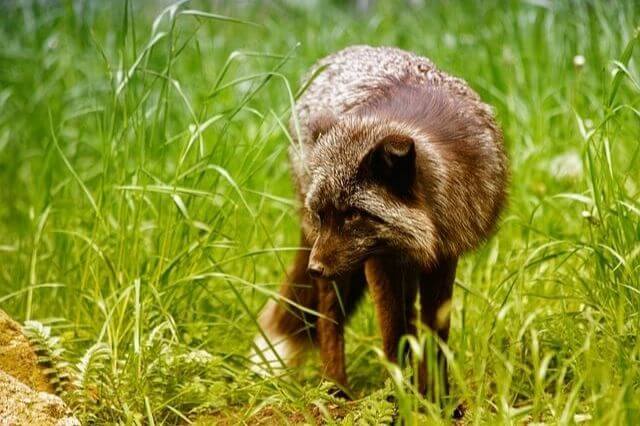 The name will remind you of the famous naturalist. Darwin’s fox is a pretty animal that lives in the temperate rainforests of the southern hemisphere – you can find most of them in Chile.

These beautiful foxes are relatively tiny – growing up to 21 inches, including a 9 inches bushy tail. They have dark fur, and they prefer open spaces and grasslands, hunting in twilight and dawn.

Like most foxes, they are also omnivores, and their diet includes several small mammals, insects, seeds, and fruits.

Due to their wild nature, it is not a good idea to think of them as pets.

Did you know: Darwin’s foxes are critically endangered species, and there are no more than 1,000 individuals left in the wild! 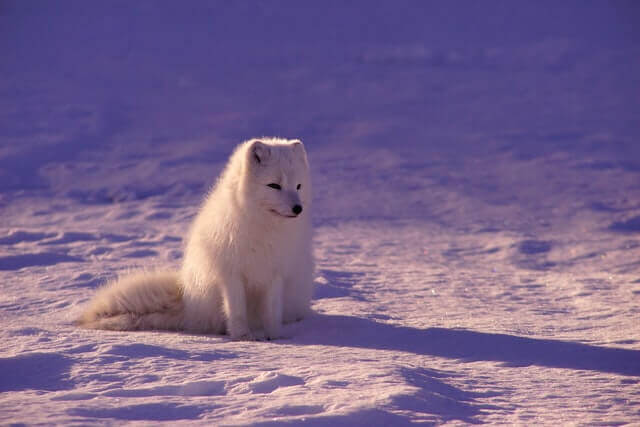 Arctic fox, snow fox, and polar fox – whatever the name suggests, it has to be one of the cutest foxes and probably one of the most adorable animals out there.

They have thick fur, a short nose, and short, stubby legs. These winter animals are solitary hunters that eat squirrels, birds, lemmings, and sometimes fish.

Although not an endangered species, they are hard to spot because they prefer to live a solitary life. Like Darwin’s foxes, they also live mostly in treeless, open areas.

Apart from being cute, Arctic foxes are incredibly tough creatures and can withstand temperatures below -60℃. They are found in some of the coldest regions on the planet.

Did you know: During summer, Arctic foxes lose the majority of their fur and get a thin layer of brown and grey fur. Again, when winter comes, they grow their fur thicker, and the brownish color changes into snow-white color. 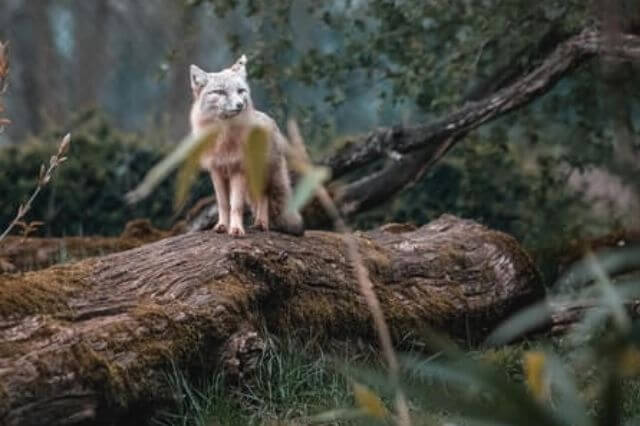 These adorable fox species prefer to live in semi-deserts and deserts. Corsac foxes, or simply Corsac, are endemic to central Asia.

In comparison to other foxes, they are medium in size and have either grey or yellowish fur. The color of the fur helps them camouflage easily and attack prey.

Unlike most foxes, they are classified as carnivores. Rodents come as the bulk of their diet. However, sometimes they even attack and eat kittens.

As they live with very little water, they depend on the moisture content of the prey.

Corsac foxes are relatively friendly animals. Although they are banned from keeping as pets (in most countries), it is said that they are some of the easiest to potty-train species.

Did you know: Corsac foxes are the most social fox species, and some individuals are known to form groups and live together! 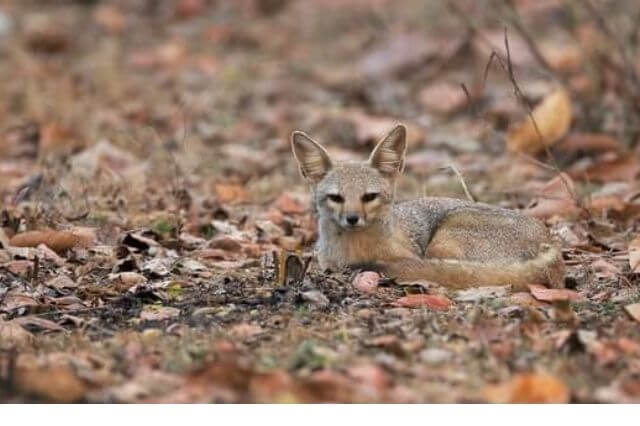 Although this species is named Bengal fox, they live through vast terrains of Himalayan foothills, Nepal, and Terai to southeast India, Pakistan, and some areas in Bangladesh.

The Bengal fox is a tiny cute fox, growing up to 28 inches. Their coating varies in color, but most foxes sport a silver-grey color.

They have pointy ears and long legs with a bushy tails. Bengal foxes spend the day hiding or taking shelter in burrows and crevices and only come out to hunt at twilight.

This furry species is also quite friendly to humans, and thus they sometimes live near human settlements.

Bengal foxes are also very social – sometimes, they keep in close contact with other families.

Omnivorous and opportunistic, they feed on a large variety of food, including insects such as termites, beetles, ants, birds, and small rodents.

The foxes also make an array of different sounds, which are effective to determine in what mood they are on. They are not fearful of humans, making themselves easy hunting targets.

Did you know: Bengal foxes live in complex dens; they create many rooms, exits, entrances, and escape routes. 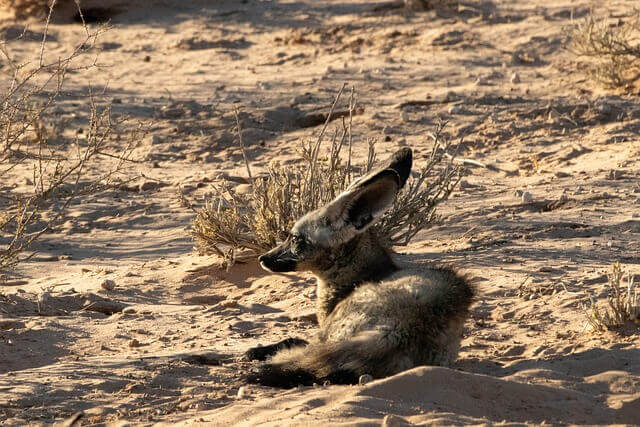 A bat may sound terrifying, but this species of fox will surely melt your heart. These adorable foxes are found in the African savannah.

Like the Corsac fox, they have also adapted to live in vast bushlands where the water supply is very low. Their large, bat-like ears have given them the name.

These foxes are medium in size; adults grow about 25 inches from head to the body and have about 19 inches long, bushy tails.

Their fur is dark grey or black, making them appear grizzled. Bat-eared foxes generally feed on ants, beetles, and termites and effectively help bring down the termite population. They also feed on crickets, grasshoppers, scorpions, and spiders.

Like most foxes, they are most active in the dark while they spend their day resting or hiding. As they live in extreme heat conditions, their large ears help regulate body temperature.

It is said that bat-eared foxes also make relatively good pets. Owners of these cute foxes claim that well-trained individuals behave like a dog.

Did you know: Bat-eared foxes are one of the fastest land animals in the world, reaching speeds of 70 mph.

And there you have it. In our humble opinion, these eight species are the cutest foxes in the world.

Although every fox species has some unique characteristics, all of them share some common traits – by that, we mean that they have squishy fur, large ears, and a large bushy tail – the definition of cuteness.

However, if you consider adopting a fox, you should be aware that these animals, despite their beauty, are not as great pets. Foxes are wild animals, and they have never been domesticated, unlike cats or dogs.

In many states, it is illegal to keep foxes as pets. Yet, if you live in a country that allows exotic pets, we wish you and your furry friend good luck.

Thank you for reading. If you enjoyed this post, we would like to recommend you a similar read: Cutest Turtle Species