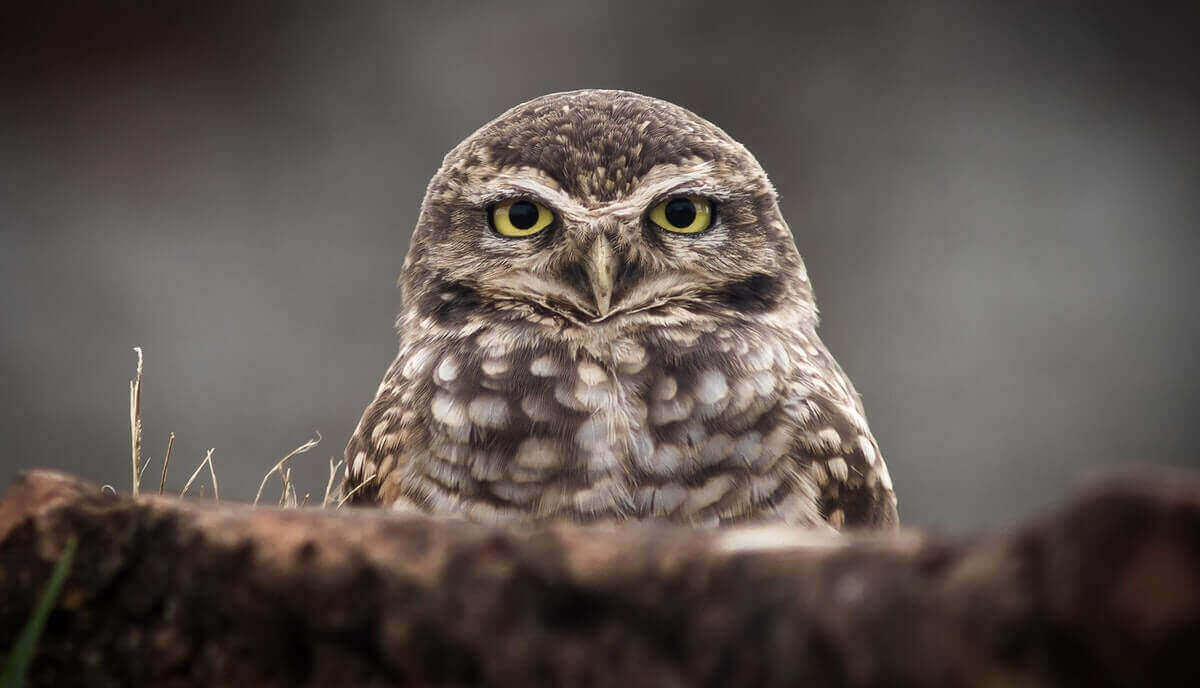 Owls are agile predators, and their diet consists of other animals. They are opportunistic hunters, and they feed based on what is available. Their pray also depends on the size and type of the owl.

Owls don’t have many natural predators, so they rule their territory and feed animals smaller than them.

Does this mean that owls hunt snakes; do owls eat snakes?

Yes, owls do eat snakes. Some would argue that owls like eating snakes because snakes are often on their menu. This could be true, but there are no species of owls that feed exclusively on snakes. Owls hunt a wide range of animals. They would eat anything they can catch, insects, fish, rodents, birds, and even other owls.

How do owls hunt snakes?

Owls are magnificent hunters and apex predators. Especially The Great Horned Owls, apart from being attacked by other owls, don’t have natural enemies. Owls sit at the top of the food chain and pray on other smaller animals in their habitat.

What makes them so efficient is the way their body is built. One of the greatest weapons is their vision.

Unlike most of the other birds, owls have binocular vision. Similar to humans, both of their eyes are facing forward. This enables them to have a good depth perception.

When you pair this with their exceptional vision, it’s clear why their eyes are their most valuable tool. If you add their big and sharp claws to the mix, you get a deadly combination.

As if this is not enough, owls also have a great directional hearing. When in the air, their feathers don’t make a lot of noise, and they fly almost completely silently. Because of this, owls can hear well even mid-flight.

As we already mentioned, snakes are commonly eaten by owls. Owls hunt snakes by swooping down on them and grabbing them with their claws. They use similar hunting tactics with all prey on the ground.

However, this doesn’t come without risk. Snakes can bite back or coil around the owl’s wing and body, preventing it to fly away.

In the worst-case scenario for the owl, it can be killed by strangling or by snake bites.

Owls eat both poisonous and nonpoisonous snakes. In most cases, owls will kill a snake without getting harmed, but sometimes snakes fight back.

In general, venomous snakes are usually larger, and it takes a bigger owl to hunt them. The Great Horned Owl is one of them, and it hunts around 13 different species of snakes. Some of these species are poisonous, while others don’t have venom (source).

Owls also eat other poisonous animals like scorpions. They are not immune to the poison, but due to their stealth attack from the sky, they rarely get bitten or stung.

On the other hand, owls are getting poisoned more often by humans. This happens, unintentionally when owls are killed by eating poisoned rats or mice. The number of these incidents is increasing.

Owls are not the only collateral damage to rodenticides. Other animals like hawks, raccoons, foxes, are also affected.

Some types of owls eat snakes more commonly than others. Here is the list of the owls that are most likely to hunt for snakes.

Barn Owl is not just one of the most widespread Owl in the world. They can be found almost everywhere in the world, except in deserts, polar regions, and some parts of northern Asia.

It is one of the most widely distributed among all birds. They are also known as the common barn owl. They are feeding mostly on rodents, but because they are so widespread they are often seen hunting small snakes.

The Great Horned Owl is a large bird native to North, Central, and South America. This apex predator is also known as the tiger or the hoot owl.

Like most owls, they are nocturnal creatures that are most active during the night. They are known to be very territorial and aggressive. Especially when defending its young.

Though rare, attacks on humans are reported. Their diet consists mostly of mammals, but they also eat birds, scorpions, lizards, and snakes of course.

These two species of small owls are closely related. They are named after the call they make. These birds make different sounds and calls, but the most distinguished one is their high-pitched screech.

Western and Eastern Screech owls are feeding mostly on small mammals, large insects, or birds. However, sometimes they attack prey bigger than their size. Snakes are also on their menu.

Is a large species of owls found in North America. These birds are also known as Northern Barred Owl or the Striped Owl.

Even though most of the owls are nocturnal, Barred Owls are opportunistic hunters that can even hunt during the day. This usually happens on cloudy days or during the nesting season.

They eat mainly rodents and other small mammals. Apart from that, they are often feeding on various birds, lizards, snakes, crabs, even fish.

Are snakes afraid of owls?

Snakes are extremely alert animals, and in most cases they avoid confrontation. We can’t say if it is fear or not, but, they are wary of anything larger than them.

Unless they are cornered they will slide away from danger. Most of the owl attacks come from the air so it’s highly unlikely that the snake knew what was coming.

Snakes don’t have time to be afraid, they can just react instinctively and try to defend themselves.

Other birds that eat snakes

Depending on the size of the snake, a lot of birds might try to eat it. Even domestic chickens were seen trying to kill a snake.

While small snakes might be confused for a worm or centipede, not all birds eat snakes as part of their regular diet.

Apart from owls, here is the list of birds that can be seen snacking on an adult snake:

Owls are, without a doubt, expert hunters. Their bodies are well equipped for hunting in the dark, and they will take any opportunity that comes across, including snakes.

Due to their opportunistic hunting style, they eat a wide variety of prey. Snakes are often part of their diet. And they eat both poisonous and non-poisonous snakes.