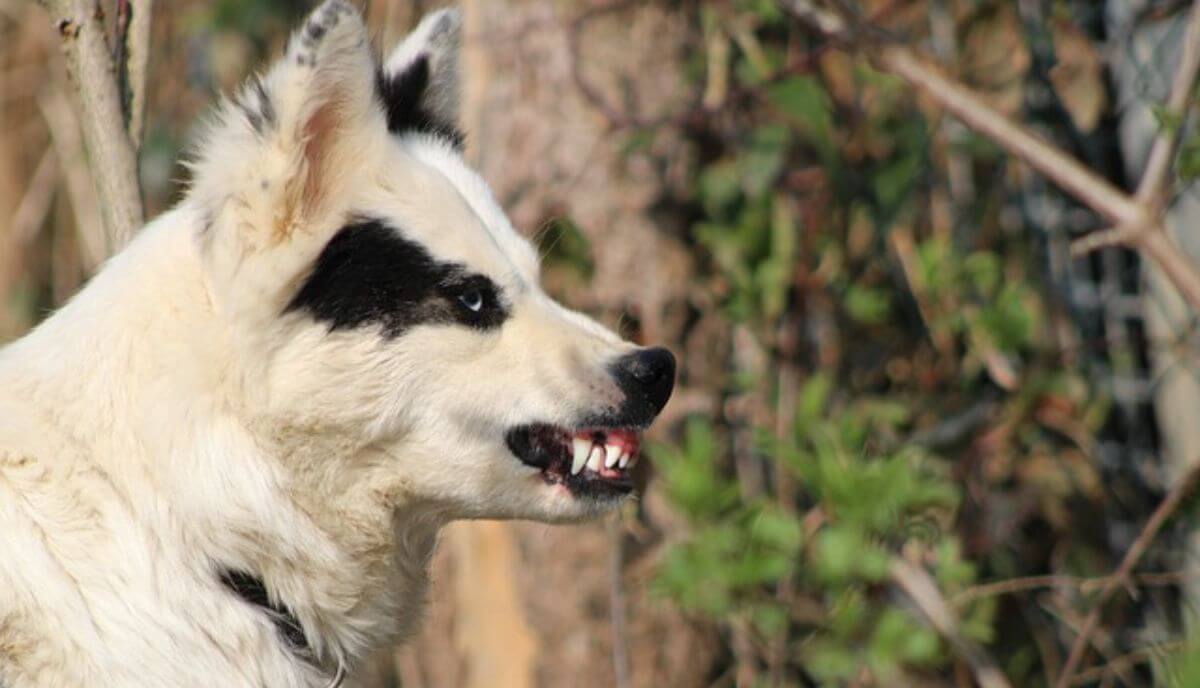 Dogs are natural predators themselves and thus are equipped with sharp teeth, powerful jaws, and muscular bodies. Built to attack and kill prey themselves, they are not an obvious choice of food for most animals.

However, there are a few predators that pose a threat to our furry friends. So, let’s discuss in more detail: What eats dogs?

Examples of dog predators include alligators, wolves, snakes, and crocodiles. Small-sized dogs are also preyed upon by coyotes, bobcats, and birds of prey. 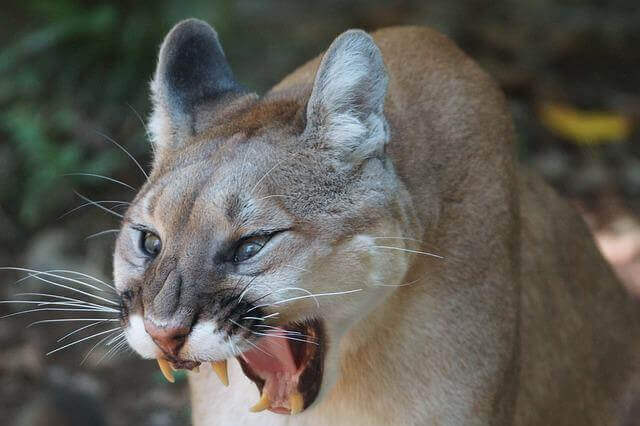 Despite their fearsome appearance, cougars are generally shy and avoid areas populated by humans. They are, nonetheless, powerful ambush predators, capable of killing deer, pigs, capybaras, and even elk or moose.

While they rarely venture into areas in which they may come into contact with dogs, this does sometimes happen. Cougars have massive territories and can roam tens of miles per day.

When struggling to find suitable prey, they have been known to enter human settlements and take advantage of any convenient pets they find there. 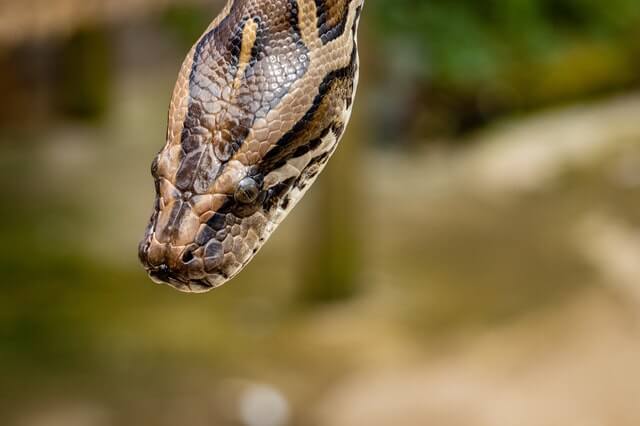 Large snakes, such as boa constrictors or pythons, sometimes prey on dogs when the opportunity arises.

Most snakes are pretty shy and certainly do not go out of their way to attack dogs. Still, if they are hungry and a curious dog is sniffing around, a large enough snake may decide to strike.

While dogs are not a typical food source for snakes, invasive populations of escaped pet snakes in the United States are rising.

In other words, food is increasingly scarce, causing them to move into areas populated by humans and their pets. Unfortunately, this results in the occasional attack on dogs or other household pets. 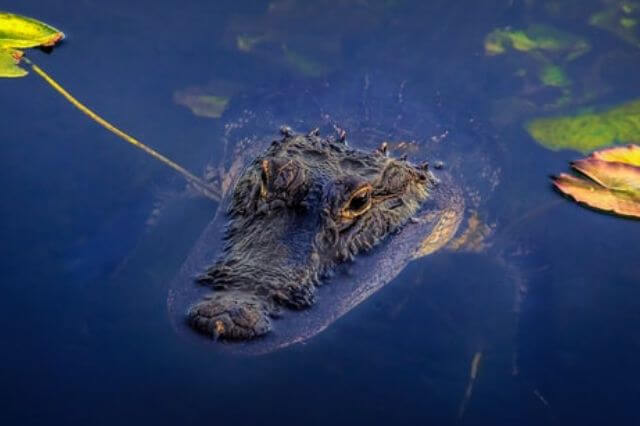 Alligators are decidedly flexible in their diets and eat just about anything they can catch. In the southern United States, where they are frequently found living in close proximity to humans, alligators pose a genuine threat to unwary pets.

Alligators are responsible for dozens of attacks on pets every year, primarily targeting dogs walking near the water’s edge. While some of these attacks are probably unavoidable, it is worth noting the responsibility pet owners have in keeping their animals safe.

Allowing your dog to wander close to a body of water known to be home to alligators is hardly wise, nor is it fair on your trusting dog to assume it knows better (most dog owners are aware of how oblivious these otherwise intelligent animals can be). 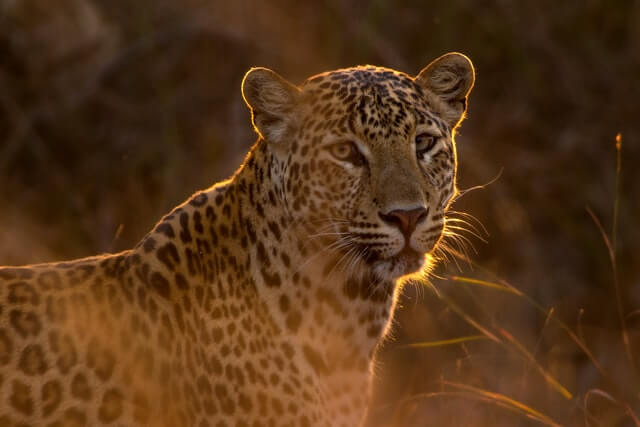 While leopards rarely come into contact with dogs on the African continent, in some Asian countries, such as India, in which large populations of feral dogs exist, leopards frequently prey on dogs.

In India alone, leopards are estimated to have killed over 1,500 dogs per year, according to a 2014 study. While this may sound harsh, the leopards serve a fundamental purpose.

Feral dogs are a serious problem in India, where their numbers are on the rise due to a lack of funding to control them. They are also known carriers of diseases, such as rabies and canine distemper, which can be transferred to pet dogs or even people.

By reducing their numbers, particularly the sick or weak, leopards are not only helping to control dog numbers but also reducing the spread of disease and instances of starvation. 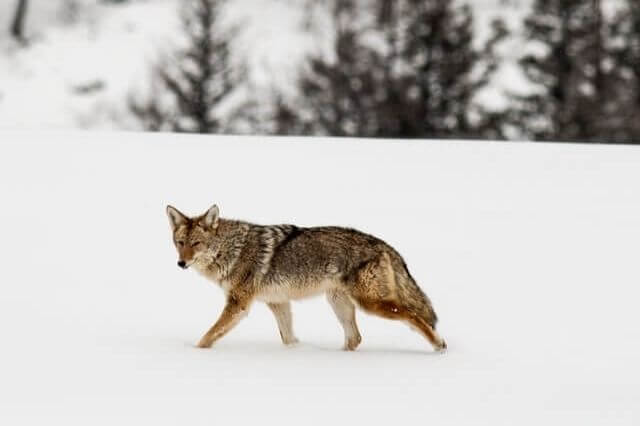 Another member of the canid family, coyotes, too, have been known to eat dogs. Coyotes are opportunistic hunters and will attack and eat almost anything they can.

They sometimes scavenge around human-populated areas after dark in search of anything they might eat, resulting in the occasional run-in with household pets.

Unlike most other canids, coyotes tend to hunt alone, limiting them to smaller prey. While they are not large enough to take on big dogs, being only medium-sized, coyotes prey on small dogs, cats, and other pets, such as rabbits and guinea pigs.

However, coyotes have been recorded attacking and killing large dogs, too, though these were mostly older or sickly individuals. 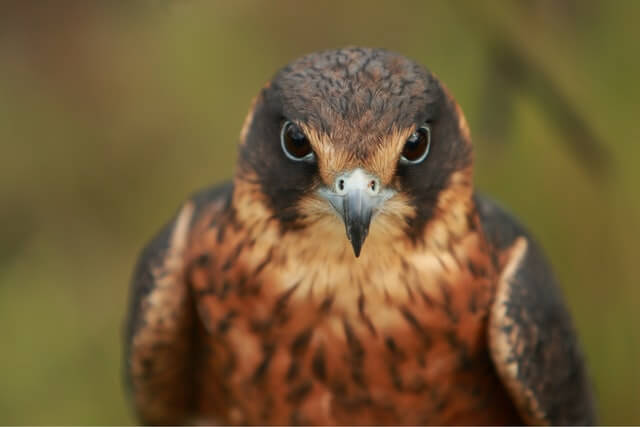 Large raptors, such as eagles, hawks, and owls sometimes prey on dogs. They usually target smaller dogs, such as Pomeranians or Chihuahuas.

However, birds of prey have been known to attack and kill dogs as heavy as 60 lb (27 kg). A raptor’s regular diet depends mainly on its species.

Still, those known to eat dogs generally feed on small, terrestrial mammals, such as rabbits, hares, and other rodents. Larger birds can kill larger prey.

Some, such as golden eagles, Stellar’s sea eagles, or wedge-tailed eagles, regularly feed on small deer, sheep, and even red kangaroos. Even medium-sized dogs would not pose much of a challenge to these powerful avian predators. 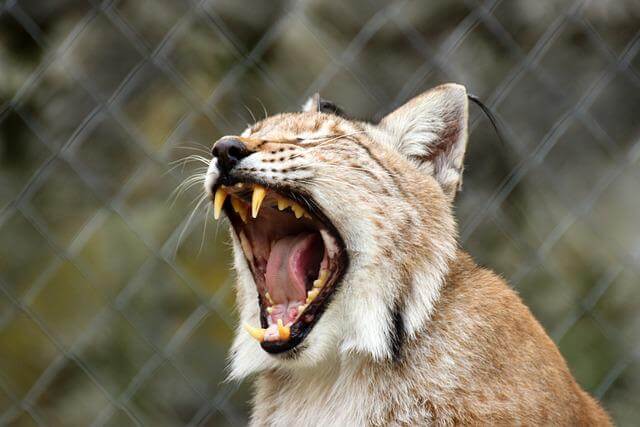 Though it is rare, bobcats have been known to prey on small pets, including dogs. Like most cat family members, bobcats are highly agile, powerful predators, and very efficient hunters.

Their diet consists typically of rabbits, hares, and other small mammals. Still, they will also hunt birds, deer, and domestic animals, such as dogs, goats, and sheep.

If you were to take your dog hiking in a forested area, unleashed, there may well be the chance of you encountering a bobcat who will try to seize your canine friend.

Also, in Northern Texas, in particular, there have been quite a few reports of bobcats entering suburbs and killing and eating dogs and cats. 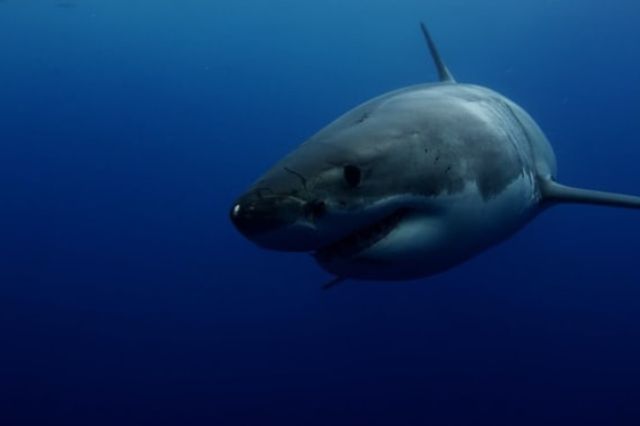 You can’t count a dog as a shark’s culinary preference, but if your pet is busy surfing with you, a shark isn’t going to ignore it.

A great white shark will never turn down a dog, nor will the tiger shark. The tiger shark is regarded as an opportunistic eater, consuming whatever is made of flesh and blood.

The stomach contents of these sharks have revealed some amazing content. Sharks are essentially attracted to any moving creature in the ocean.

A swimming dog is undoubtedly going to be considered prey. 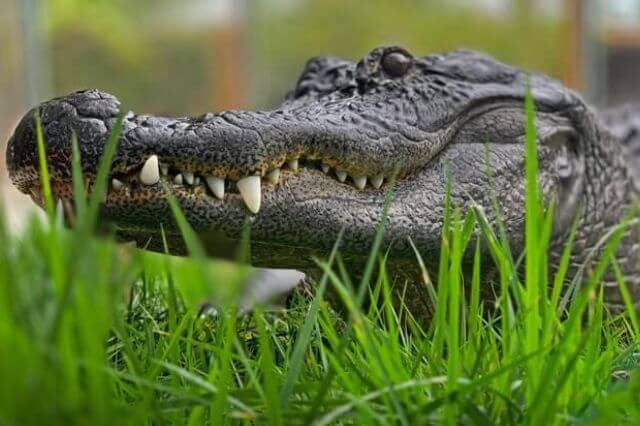 These gigantic predators eat everything and anything, from fish and lizards to mammals and birds. Like alligators, crocodiles are not fussy about what they eat, and if a dog is around a hungry crocodile, it is likely on the menu.

Crocodiles can grow to over 20 feet (6 meters) in length, weigh over a ton, and are capable of killing wildebeests, zebras, and even lions.

A dog of any size unfortunate enough to be hunted by a crocodile would be easy prey, particularly if it was swimming in water. 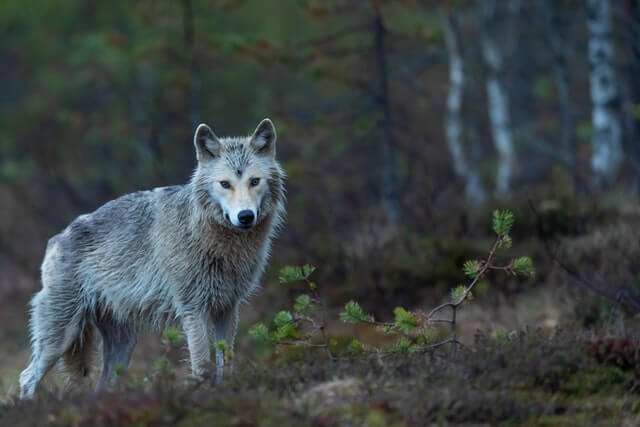 As members of the same family, it may be surprising that wolves have been known to kill and eat their dog cousins. While this is certainly not an everyday occurrence, it has been known to happen.

Wolves typically avoid people, which means they only rarely come into contact with their pets.

However, as their natural habitat is increasingly destroyed or invaded by humans, food becomes increasingly hard to find, forcing them closer to towns and villages.

A hungry pack of wolves would not hesitate to eat a dog if it was unfortunate enough to run into them. Of course, they would far rather eat deer or moose or any of their usual prey, but in desperate times, the instinct to survive takes over.

FAQs on What Eats Dogs

Dog meat has been consumed throughout history, though the last few hundred years have seen a decline in the practice worldwide, except in a few countries. Eating dog meat is still common in some Asian countries, such as China, South Korea, and Vietnam, and in some African countries, such as Nigeria and Ghana.

Most Western countries have instated regulations outlawing the slaughter of dogs and the trade of their meat or have placed dogs under the protection of various animal cruelty acts, effectively banning the practice of consuming them.

Generally speaking, no, dogs do not eat other dogs. But there are circumstances under which this may occur. In desperate times, when food is scarce, dogs may resort to killing and eating each other or cannibalizing corpses.

Mothers who are malnourished or experiencing chemical imbalances may kill and eat their pups, though this is rare.

In summary, besides humans, the most common dog predators include alligators, wolves, coyotes, snakes, and crocodiles. However, by being predators themselves, dogs are not often preyed on by other animals.

And there you have it, with this, we complete the “what animals eat dogs?” article.

If you liked this post, here’s a recommendation of another popular read: What Animals Eat Hippos?