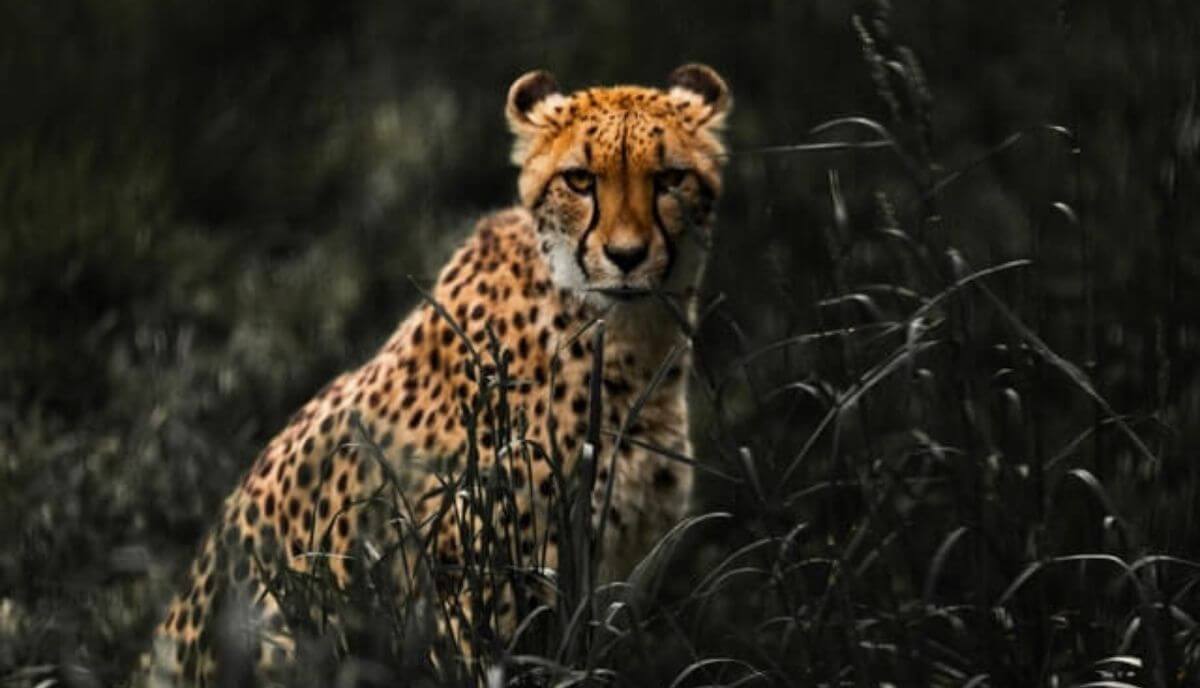 Cheetahs are majestic cats renowned for their impressive speed and fast reflexes, especially when hunting. However, by being the fastest land mammals, cheetahs will also use this natural talent to escape the danger.

Still, they are the most vulnerable among the ‘big cats’ – the primary reason is that they are the smallest species. So, what eats cheetahs in the wild?

Hyenas, lions, eagles, and leopards are animals that eat cheetahs; however, cheetah cubs are particularly vulnerable. Less than 15% of cheetah cubs survive juvenile age due to frequent predation. Besides their natural predators, cheetahs are often poached and killed by humans, which is the main source of adult cheethas mortality.

Lions primarily feed on herbivorous animals such as antelope, zebras, buffalo, wildebeest, and giraffes, so they will not actively hunt and kill cheetahs as a primary source of food. However, lions will kill cheetah cubs and even adults if an opportunity presents itself.

Lions have also been known to steal prey from other predators, and cheetahs have also been killed by them as they fight over the same prey. When food sources are extremely scarce, perhaps due to famine or disease, not only will lions kill cheetah cubs for food, but adult cheetahs will also be actively hunted down.

Both lions and cheetahs have several things in common; they share habitats, they prey on some of the same species, and additionally, lions are a diurnal species like cheetahs. These common factors mean that lions and cheetahs are competitors in the wild. With changes in their habitat, this dynamic is also being affected.

Hyenas have been known to hunt cheetah cubs. Cheetah cubs in their early years cannot fend for themselves and rely heavily on their mother’s kills in order to survive. While the mother is absent, they are exposed and very vulnerable to being killed by hyenas and other predators.

Hyenas are classified as scavengers, and they are also opportunistic feeders. They will hunt adult cheetahs when circumstances provide the opportunity. They will hunt for their prey, force other predators off their kills, scavenge the carcasses of other dead animals, and even burglarize food stores. They will not hesitate to battle it out with cheetahs over prey.

Although cheetahs breed throughout the year, their cubs are frequently killed by other predators because the mother has to leave them every single day to hunt. Unfortunately due to such harsh circumstances, up to 75% of cubs born do not live beyond 3 months, so in her lifespan, a female cheetah may only raise up to two cubs to full maturity.

Eagles prey on cheetah cubs, as they are an easier target than adult cheetahs. They are birds of prey renowned for their impeccable vision, able to spot their target from a distance of about 2 miles (3.2km). As a result, an eagle can spot exposed cheetah cubs long before the cubs know they are a target.

Eagles feed on live prey, swooping down, grabbing their target with their strong talons, and decapitating their prey before consuming it. In the absence of their mother, young cheetah cubs often fall prey to these raptor birds.

These two factors make them the preferred target because an eagle can carry the cub away in its talons to feed on it. Many times, a mother cheetah is unable to save its cubs since eagles are not only swift but also have the advantage of flight.

Leopards are also known to kill and eat cheetah cubs. However, leopards are known for their broad diet and opportunistic behavior, and in case of food scarcity, they will also try to hunt down adult cheetahs.

Besides cheetahs, if a possibility arises, leopards will also eat other predators and their juveniles, such as jackals, foxes, and genets.

From our standpoint, life in the wild is often brutal and ruthless. However, from the animals’ perspective, getting rid of competition before the competition becomes a real threat seems logical.

Most cheetah cub deaths are associated with cutting down the competition and displaying dominance rather than being a food source for leopards and other predators.

Cheetahs face many threats to their survival, primarily from human activity that encroaches on their habitat. Some human communities hunt and kill them for ceremonial purposes.

Also, cheetahs are frequently hunted for fur, skin, and other body parts, and even for their meat. Additionally, cheetahs are (surprisingly) most commonly killed because of being a ‘threat to livestock’, even though cheetahs normally do not hunt domestic animals.

The natural habitat of cheetahs has shrunk to 91 percent of its historic range. They are now only found only in six African countries.

Taking everything into account, the population of these majestic cats has recently changed from vulnerable to endangered. The number of cheetahs left in the wilderness is only 7,100. And we, humans, are the most responsible for that.

How do Cheetahs Protect Themselves?

Cheetahs have some ways of protecting themselves from other predators. Like many animals, nature’s-given camouflage works to the cheetah’s advantage in protecting itself from being spotted by predators.

They are also good at hiding and prefer to live in areas where there is some cover, such as grass or diffused bush, where they can lie low and blend into their surroundings. This environment is good for stalking prey but also for hiding when needed. When a female has cubs, she will hide them in densely vegetated thickets for their safety.

Speed is another way that cheetahs use to protect themselves; they can reach speeds of 68mph in less than 4 seconds. Many predators cannot run as fast or get to their top speeds in the time it takes a cheetah to get to its top speed. Cheetahs have an advantage over many animals in this area, as they can flee from predators.

What Are Cheetahs Afraid of?

Cheetahs are by far the most scared of the other big cats. They tend to keep a low profile in order to survive. This is because they are the smallest big cats in terms of size and weight. Consequently, they are not physically built for confrontation or fighting. In a fight between a cheetah and other big cats such as lions or leopards, they would be no match.

When it comes to the fight or flight instinct, cheetahs would rather flee the area when conflict arises.

Wrapping it Up – What Eats Cheetahs?

Besides humans, adult cheetahs do not have to worry about many predators. On the other hand, cheetahs cubs are often killed and eaten by other big cats, hyenas, and eagles. Due to being frequently targeted by predators, the population status of cheetahs is endangered, estimating only 7,100 individuals in the wild.

Thank you for reading the “what eats cheetahs” article. If you liked this post, we would like to recommend you a similar read: What Eats Crocodiles?