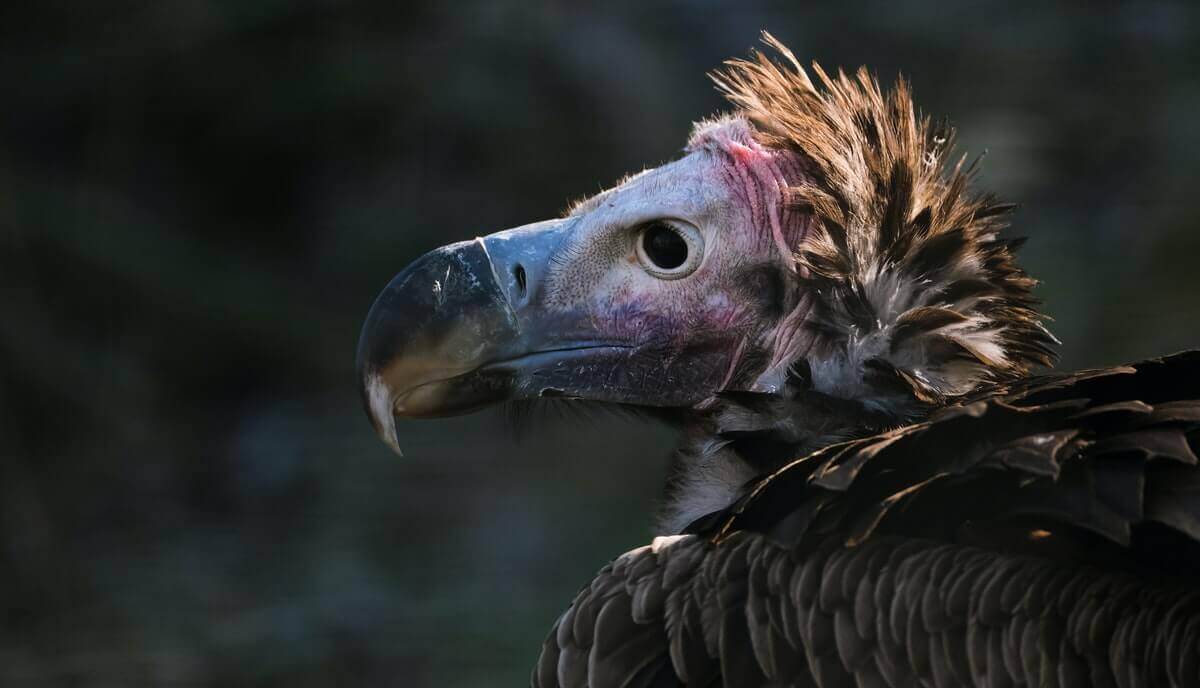 Vultures are truly fascinating birds that are often misunderstood. They are kinds of animals that many people find disgusting because of their feeding habits.

The reality is that they are the most righteous birds of all species, as they never attack any living creature, regardless of how helpless it is.

Besides, they are doing a tremendous job for us humans and other animals by eating decomposing carcasses and cleaning the environment.

Unfortunately, their population rate is critically endangered due to the rapid decline. So, what predators cause vulture population drop? What eats a vulture?

The main predator that vultures face is humans. Poaching vultures for their body parts created a steep decline in the total vulture population since 2004. Besides humans, animals that eat vultures include jackals, hawks, and snakes. However, their natural predators usually target juvenile birds, while adult vultures are not frequently hunted.

However, these are some of the most common vulture predators:

Poaching animals is a never-ending debate, but there is no argument against the fact that pushing different animals species to the brink of extinction is an awful act.

More than 7,000 different species around the globe are considered endangered. The majority are hazarded by humans. Either intentionally or unintentionally.

Vultures in Africa suffer in both scenarios.

Unintentionally scenario looks something like this: lions, hyenas, and other predators of Africa hunt peoples’ livestock, and so in order to prevent those predators, livestock owners put pesticides on the carcass of their livestock. Meantime, dozens of vultures would also come to scavenge a dead body of an animal, leading to mass deaths.

Another scenario also includes poisoning, but with the plan. The reason is, in many cultures vulture meat is used in traditional medicine.

Jackals are both scavengers and hunters. Jackals usually tend to have a steady supply of food from the leftovers of predators’ kills.

The need for hunting will arise when food is scarce. During seasons of scarcity, vultures will more likely be attacked.

Young vultures mature more slowly than other birds of prey typically do, and this makes them vulnerable for a longer period of time. As a result, vultures guard their nests very vigilantly, with the male and female sharing the responsibilities of caring for and protecting their young.

Most vultures are unable to tear through hide, and will often wait for other scavengers, such as jackals or other vultures, to open up the carcass. When food is plentiful, jackals and vultures can be seen eating side by side.

When food is scarce, jackals will not be so willing to share. Driven by hunger, a persistent vulture may become part of the jackal’s meal.

Hawks are birds of prey that rank at the top among other birds of prey. They have sharp vision, and while in flight, they can see a mouse on the ground 100 feet away.

They additionally have sharp talons and strong beaks that are adapted for hunting. Hawks will usually prey on small animals such as snakes and rodents.

Red-tailed hawks, in particular, will prey on young vultures, snatching them right out of the nest. Vulture chicks are especially vulnerable because they are dependent on their parents for food for a period of about 130 days after they hatch.

A white-backed vulture chick, for example, will reach full maturity at about 5-7 years.

Adult vultures, in comparison to hawks, are much larger with a longer wingspan and much stronger beaks. This means that they will be a tough opponent to beat. Whereas their chicks are smaller and cannot defend themselves against an attack from an adult hawk.

Snakes have a variety of food options ranging from domestic to wild animals and varying in size from insects to entire herbivores. Snakes will occasionally prey on vultures, preferring the young chicks as they are smaller and weaker.

Many birds of prey build their nests far away from the ground, in tall trees or high cliffs. Snakes are, in fact, very agile climbers that can slither their way up jagged rocks and pointy branches. This enables them to reach vulnerable vulture chicks.

Some species of snakes subsist strictly on an egg diet. In many bird species, domestic or wild, it is primarily the female that will sit on the eggs until they hatch, taking brief breaks to feed. It is during this time, that egg-eating snakes take their opportunity.

However, it is challenging for them to steal the eggs from vultures, as they are consistently under the watch of either parent.

Why Are Vultures Important?

Carcasses tend to be a source of disease in the wild, to both animals and humans. And, as I’ve mentioned earlier, vultures feed on those animal carcasses. By eating dead organisms, these birds stop the spread of diseases and clear the environment.

Vultures are extremely important animals, as they play a key role in our ecosystem. The acid found in the stomach of vultures is very corrosive, and it effectively neutralizes disease-causing bacteria. They stop diseases like rabies, tuberculosis, and brucellosis from spreading throughout our environment.

Summing Up – What Eats a Vulture?

Like them or not, vultures are one of the most important animal species in the world. And while they are not hunted by many predators in the wild, humans compensate for the lack of natural enemies by killing them regularly.

Not to forget that these birds have to compete with some of the most dangerous predators in the wild, such as lions, hyenas, jackals, and other predators, for a piece of meat.

Vultures are critically endangered bird species that may face extinction in no time. If we want our planet to function normally and stop new and unnecessary diseases to spread around, we should raise awareness about animal poaching and nature in general.

If you liked this post, here’s a recommendation of a similar read: What Animals Eat Cheethas?