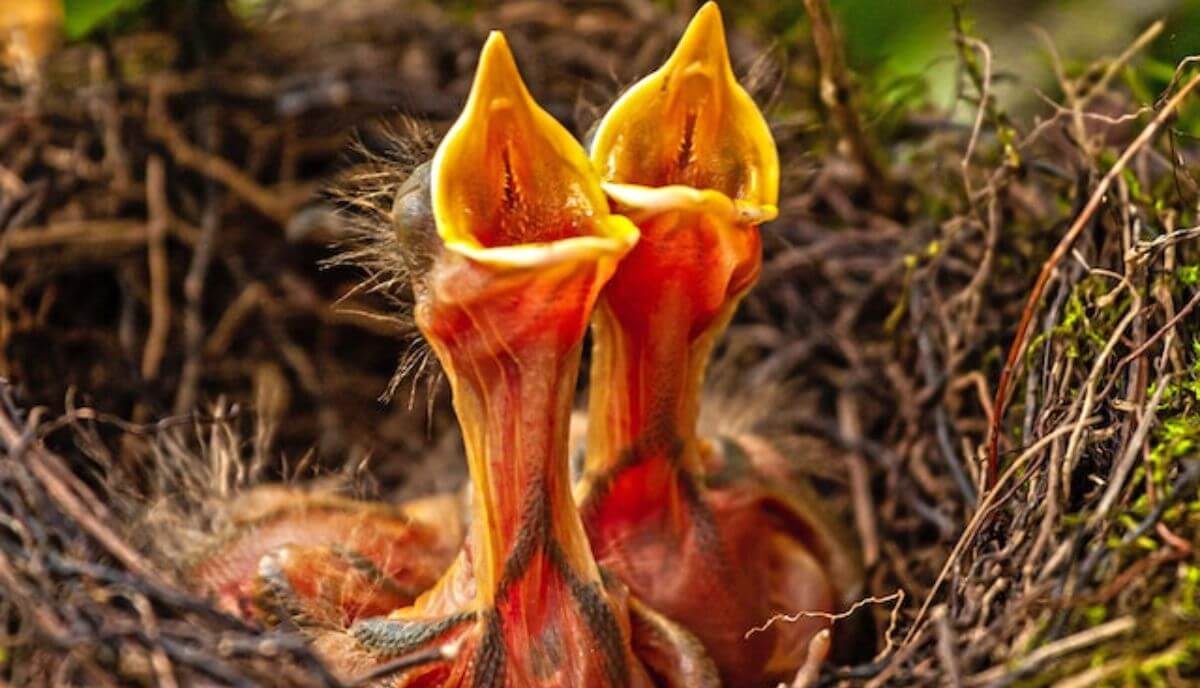 Babyhood is usually the cute and irresistible stage of any form of life. But as is usual with life, nothing is fair, and some baby animals were deprived of the cute privilege.

In this article, we’ll talk about ugly baby animals, and while some of these babies turn into real cuties, others remain ugly in adulthood.

Naked mole rats have a couple of things that many animals could only wish for: They have a long life expectancy and are resistant to cancer and other aging diseases.

With all these incredible capabilities, you might as well wish you were a naked mole rat.

But here’s the catch – naked mole rats have ugly babies. Arguably, not only are their babies ugly, but adults tend to grow quite ugly as well.

Naked mole rat babies – pups – have a pinkish wrinkly skin that is almost hairless but for some strand of hair and whiskers.

At birth, they weigh about 0.07 ounces. And they get to stay like this for the remainder of their infancy and juvenile stages.

Naked mole rat babies are fed the feces of adult naked mole rats in the colony when they reach 2 -3 weeks.

These strange creatures live in burrows and are found in the horn of Africa and Kenya. 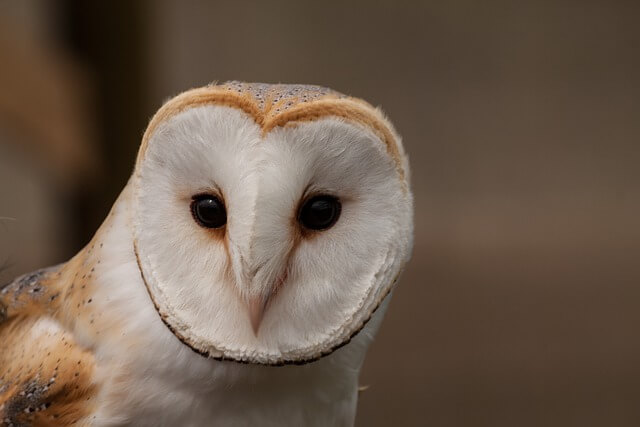 Barn owls are beautiful birds. However, they only grow up to be one. A barn owl is nothing close to beautiful in infancy.

Fresh out of their shells, barn owl babies are ugly and look nothing like the adult versions of themselves. The best-selling features on adults become hideous on barn owl babies.

Chicks are born pink and hairless, and one can easily mistake them for creatures from another planet.

But in a matter of days, they begin to look something like barn owls.

A barn owl baby – owlet – has a thinner heart-shaped face, an elongated nose with pronounced nose bridges, and a long beak. Their skin is sparsely covered in feathers. These changes happen within 3-7 weeks.

Barn owl babies feed on anything their parents eat (small mammals like rabbits, fish, insects, and other birds) but in small quantities. They weigh about 1.4 -2.1 ounces.

In general, these owl species are found on all continents of the world, and as their name implies, they nest in barns and on trees on farms. 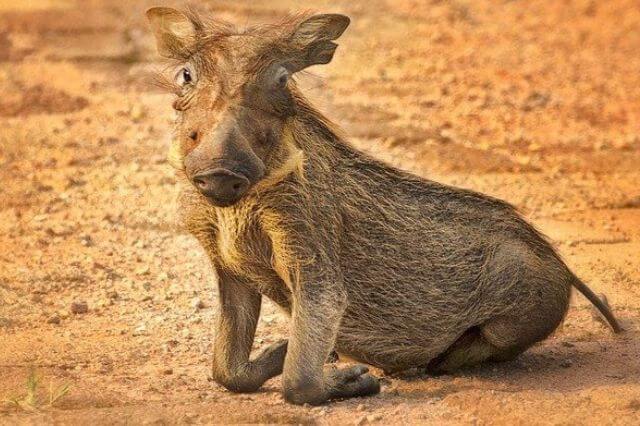 Unfortunately for warthogs, they make ugly baby animals and are equally hideous in adulthood.

A baby warthog – piglet – has a shabby dusty black or coffee brown-looking coat; it is covered in light hairs, and some may have contrasting black stripes on their backs.

Warthogs stay in the juvenile phase for only a year from birth. Until they are two months old, they feed on their mother’s milk and solid food.

As herbivores, baby warthogs will eat anything from berries, the bark of trees, and grass to bulbs and berries.

I know you will find it hard to believe, but it is true – pandas have ugly babies.

We know pandas to be the adorable black and white mass of fur that roll around and swing from one bamboo tree to another all day. But their young ones are born pretty ugly.

Fresh from the womb, baby pandas – panda cubs – are all pink with scattered hairs throughout their skin. Their eyes are almost invisible and shut, only opening about 6 – 8 weeks later.

Baby pandas are very small compared to their mother at birth. They weigh about 3 – 5 ounces.

Panda cubs are babies and juveniles until the age of 4 or 5, and they feed exclusively on their mother’s milk until 6 to 9 months.

At this time, young pandas will start eating bamboo. 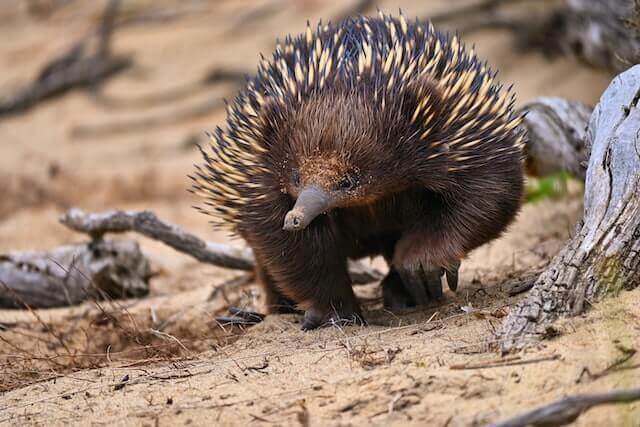 As you may have expected, young echidnas are quite ugly baby animals.

While adult echidnas have spines on their backs, baby echidnas – puggles – have soft and smooth skin. They have a long snout, almost non-existent eyes, and tiny nails.

Did I forget to mention they are literally pocket size? On hatching, a baby echidna weighs about 0.02 ounces and is half an inch long.

Unlike milch animals, echidnas do not have nipples but instead have patches on their abdomen that pump out the milk, and their babies are reduced to lapping from the tap.

Echidnas are widespread across Australia and New Guinea in habitats ranging from deserts to snowy lands.

Of all the animals on the list, baby pigeons have got to be the most comical-looking ones. All species of pigeons are adorable looking, but we cannot say the same for their babies.

A chick pigeon looks nothing like an adult pigeon. Their beak at this stage is greatly underdeveloped and is the same shade of pink as their skin.

As juveniles, cropped milk is a major part of their diet; in the first four days, which is later followed by seeds. Pigeons stay juveniles for seven months up to a year and only leave the nest when they are almost fully grown pigeons.

Pigeons are not shy around humans; therefore, you can find them in crowded places like parks, streets, city buildings, bridges, as well as feed mills and farms. Some pigeon species stay along the coast.

I’ll probably get several emails after this, but I’ll say it anyway: sphynx cats are ugly animals, and so are their babies. 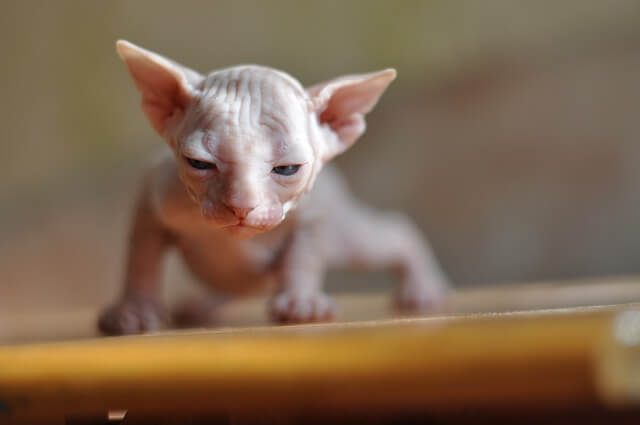 A unique feature of sphinx cats is their completely hairless and sweaty skin. Baby sphinx – sphynx kittens – have even more pronounced features.

As babies, sphynx cats have pinkish, wrinkly hairless bodies; to me, they look something close to aliens.

A baby sphynx weighs about 2.8 – 6 ounces at birth and rapidly doubles its weight in the following days.

Sphynx cats are usually domesticated animals, so mothers don’t have to stress feeding their kittens. Sphynx kittens are fed kitten food that contains the required nutrients for healthy growth.

These strange-looking cats originated from Canada, but as pets, they can be found in many other countries.

Tapirs are ugly in every stage of their life cycle, especially during adulthood. However, baby tapirs, although still ugly, are better looking than adult tapirs. 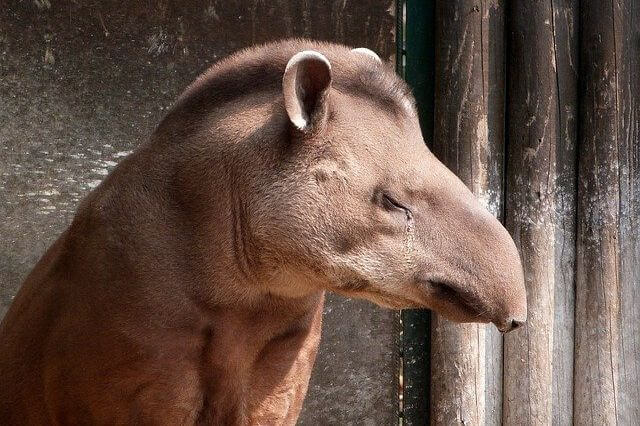 A baby tapir – a calf – has coffee brown skin with long scanty stripes on its back and cream polka dots on all four legs and its face. They have big foreheads, while their snouts are long and look like that of a pig.

Baby tapirs weigh about 18 – 22 pounds at birth. For the first six months, baby tapirs feed exclusively on their mother’s milk for 6 months before moving on to eating vegetables.

Young tapirs usually mature between 12 and 18 months when they leave their mothers.

All species except mountain tapirs live in the forests and grasslands of Central and South America. 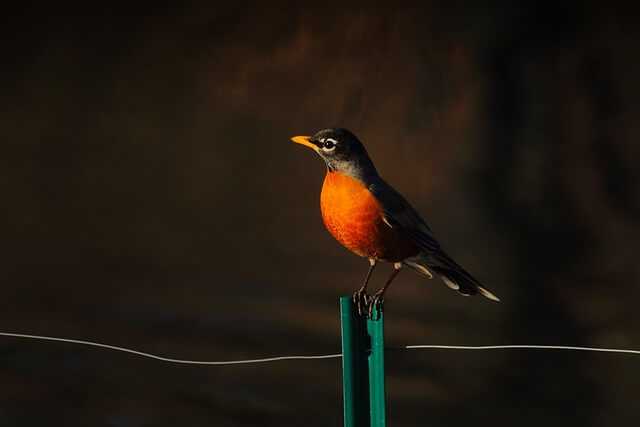 Speaking of ugly baby animals, we must mention robins. Newborn chicks weigh about 0.2 ounces and 1.9 ounces fourteen days after hatching from their teal-colored egg. 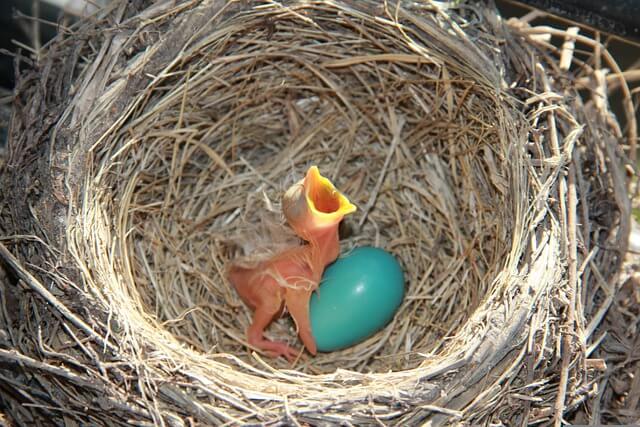 At 14 – 15 days old, they begin to step out of babyhood – their first task is falling out of their nest. For the first four days after hatching, baby robins are fed partly digested food from their parents.

After five days, they begin to consume disfigured earthworms brought to them by their parents and eventually whole worms and insects.

Robins are divided into subspecies, and each subspecies are constrained to one continent.

A baby aye-aye is not just an ugly baby animal, it is incredibly creepy looking too. A baby aye-aye, also called an infant, always looks surprised or scared because of its big eyes.

They make weird faces, like opening their mouths wide and sticking out their tongue. Their digits are not fully developed yet, and the ears are large.

However, you’ll probably agree with me when I say that adults, too, look pretty scary and unattractive.

A baby aye-aye has a semi-bald head, and its back is covered in longer spiky hairs than adult aye-ayes. Babies are born underdeveloped and weigh about 3.2 -5 oz.

Juveniles are weaned at two months old, only separating from their mother two years later.

Aye-ayes are native to the tropical forests of Madagascar, a large island off the coast of southeast Africa.

There are many animals out there that look cute as adults but are pretty ugly when born, such as pandas, barn owls, and robins. On the other hand, tapirs, sphinx cats, warthogs, and aye-ayes are unattractive creatures at birth but remain similarly ugly even as adults.

And there you have it. With this, we conclude our list of the ugliest baby animals out there.

Thank you for reading. If you liked this article, here’s another popular post: Most Majestic Animals.