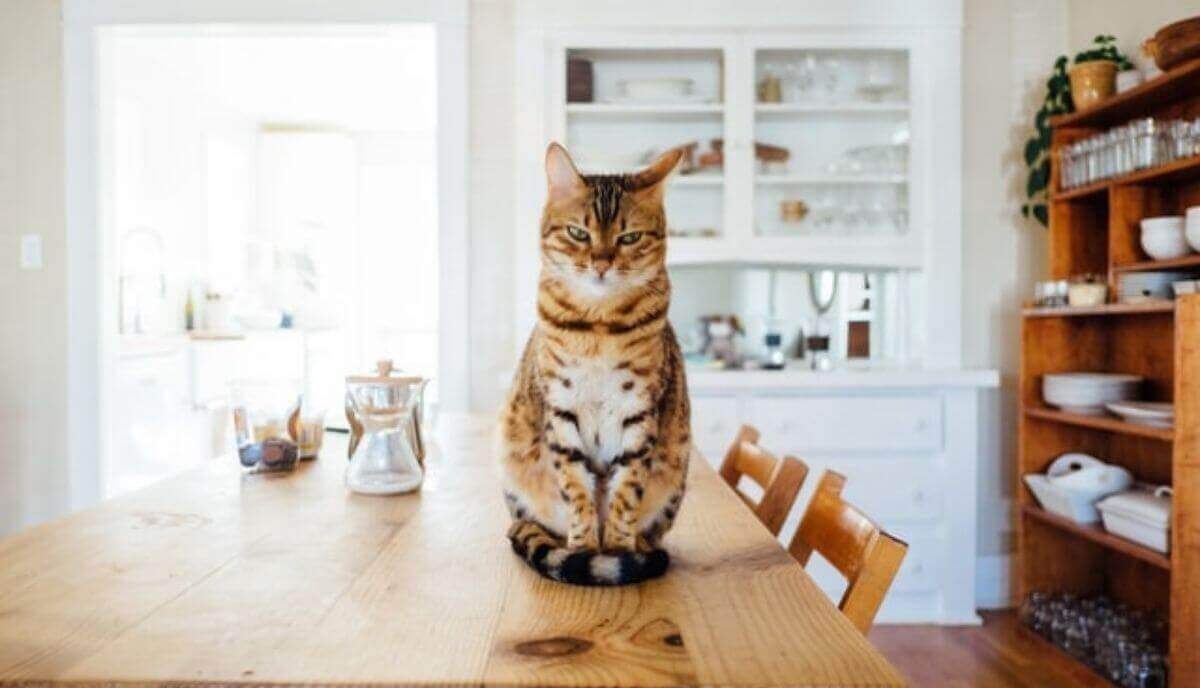 Have you ever heard of the phrase “stubborn like a mule”? We use this phrase quite often to describe a stubborn person. Stubbornness is a trait that we associate with humans. But, what animals are stubborn?

Examples of the most stubborn animals include mules, bulls, cows, donkeys, goats, and cats. While there are many other disobedient and hard-headed animals, these mentioned are typically more stubborn than others.

But there are a host of animals in the animal kingdom apart from humans that possess stubbornness as a prominent identifying character. Now, when we talk about stubborn animals, we don’t mean particularly ferocious or wild.

The stubborn nature of an animal can come across as a strong-headed attitude that might intimidate other animals.

In this article, we will try to identify some common stubborn animals around us and how they execute such behavior in real life. Watch out. 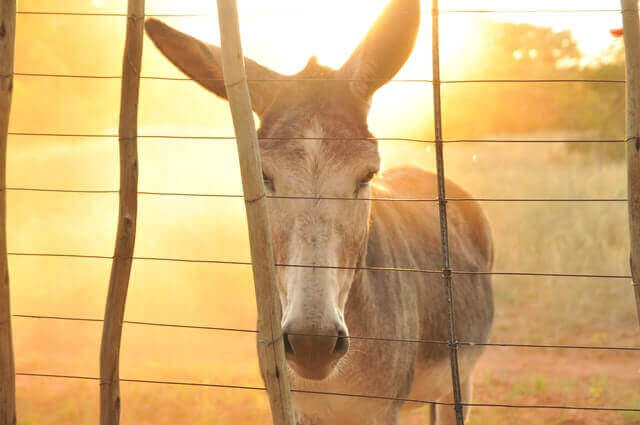 Mules are the hybrids of horses and donkeys. It’s basically the offspring of a male donkey and a female horse. Now, mules are categorically labeled as stubborn because it appears really hard to make them move from the place they sit or stand.

However, it’s all about our perceptions. We perceive mules as stubborn, but they are much more than that. They are quite intelligent and trainable animals, but their first instincts are usually careful, and hence may appear stubborn and disobedient.

Yet, they are not fans of heavy loads. It’s true that we can easily make a donkey work extra and carry the extra load. But you cannot apply this trick to a mule! The stubborn nature that a mule will project to its’ mater is a way to protect itself from overworking. 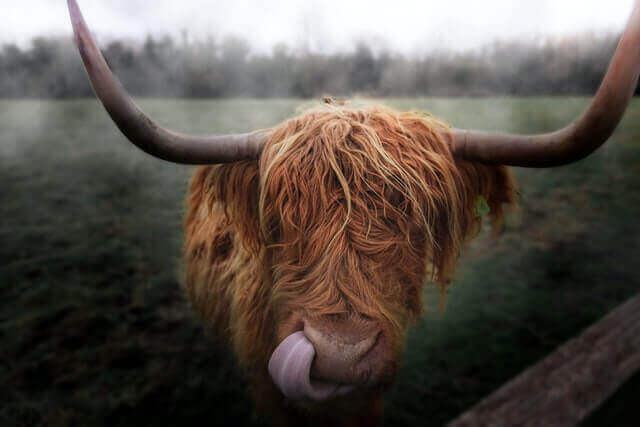 Bulls belong to the category of domestic cattle from the scientific family Bovidae. They are often portrayed as stubborn animals because of their nature to stick to something for a long time.

Besides that bulls are not easily trained creatures, in fact, they are very hard to manipulate, and the stubborn nature of these animals is quite prominent. They are persistent, and what they determine, they will invariably stick to that mindset. 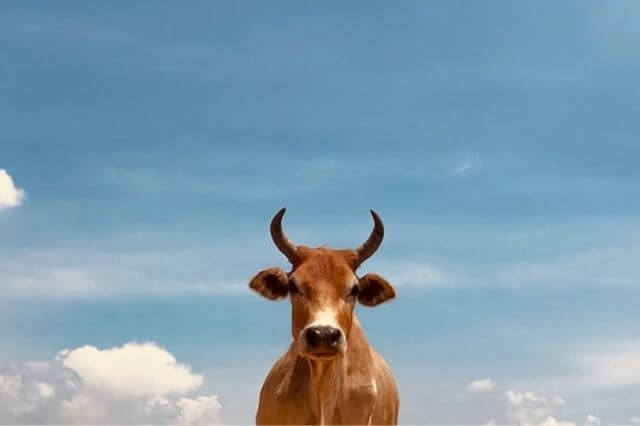 Like bulls, cows also can be very stubborn animals at times. If they do not want to do anything, they will stand their ground and refuse to obey you at all. While some docile cows respond to poking or prodding, some keep standing in defiance. They may even kick to avoid cooperating with you.

The reason behind such instances of behavior in cows is past trauma or painful experience. Just like humans exhibit difficult emotional states following a traumatic experience, cattle also follow the same psychology.

A bad experience while passing through a cattle chute can turn cows into very stubborn creatures out of fear and trauma.

Animals need to be stress-free to avoid becoming stubborn in their behavior. Stressful situations like being pushed through a chute or being separated from the calves can make a cow difficult to handle. 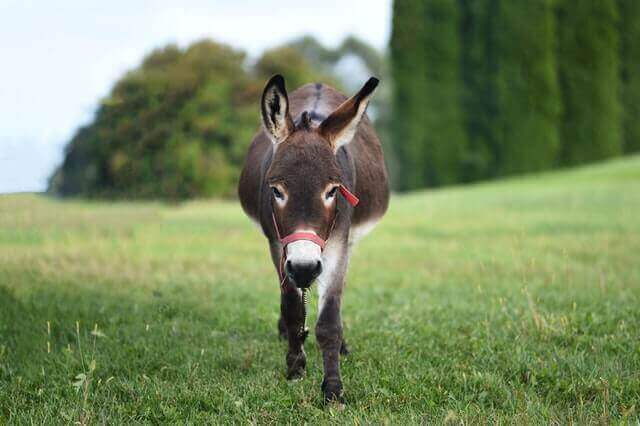 The quality of being stubborn is often associated with donkeys. It is common for a donkey to resist when you want him to move or do something against his will. We have the misconception that a donkey is being stubborn on purpose and refusing to follow instructions.

However, in reality, a donkey perceives any situation differently than a human and has good reason often for being stubborn.

For instance, when a donkey perceives a dangerous situation, it freezes and refuses to move till it feels assured. This makes a donkey seem like one of the most stubborn animals.

However, it is one of the survival instincts of donkeys to freeze in place, think, and find out the safest way to escape the danger rather than running or following instructions.

Some may argue that this is carefulness and not stubbornness. But explain that to a donkey! 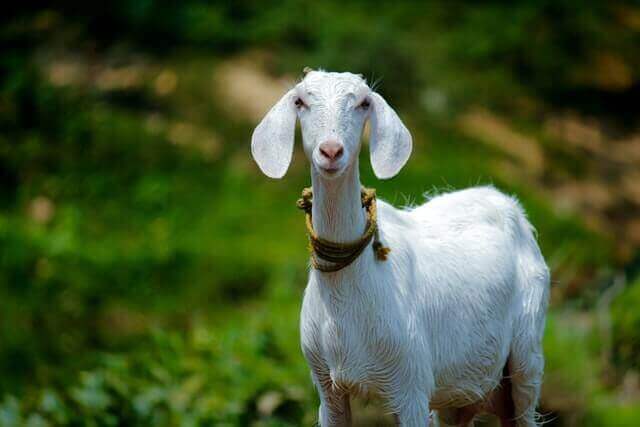 You may have often heard people saying, “As stubborn as a goat.” Goats are indeed considered to be quite stubborn even though they are one of the best domestic animals. They are sociable with other animals on the farm, easy to manage if you know the techniques, and are playful.

But, they are also hard-headed and have a mind of their own. Like most other animals, goats have their own ways of thinking, and their perspectives regarding a situation are different from humans.

So, they may act stubborn if they need company or if something hinders them from reaching their food and water, without knowing how to solve the situation.

However, following the right techniques can transform a stubborn goat into a well-behaved animal. It is important to understand how they think to control their stubbornness or aggressive behavior. 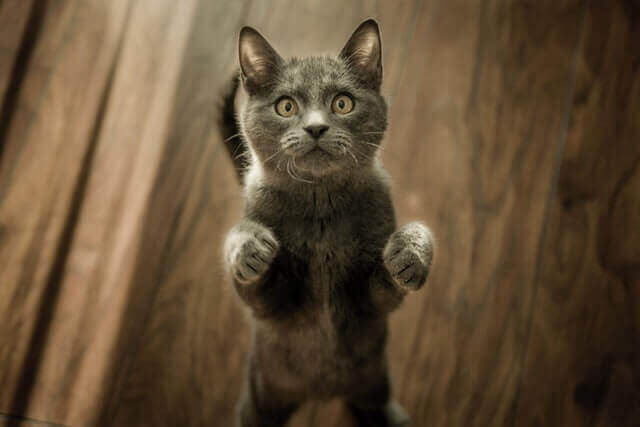 The last members on our list of animals with stubborn natures are cats. Cats are known to be loyal pets, looking adorable and showering affection on their owners. But, on the other hand, they can be very stubborn and moody, owing to their independent behavioral trait.

For example, they may throw a tantrum when you try to feed them against their will. In addition, it can be tough to make them do anything they do not feel like doing with their aggressive scratching.

A cat usually refuses to heed your command or wishes at times because it is a trait of feline nature to display dominance and an independent spirit like that of bigger cats.

Pet owners usually face lesser trouble training dogs than cats. Even though dogs can be stubborn, too, cats are more likely to show you their obstinacy, temper, and aggressiveness.

Cats are often quite affectionate, but their decision to obey their owner may be optional according to their nature. They may respond to your call and eat whatever you give obediently, or they may refuse to heed any attention to your commands.

It completely depends on their will, and understanding their nature is important to see the reason behind the stubborn attitude.

Some animals are born aggressive, stubborn, and difficult to control by nature. Others may do so out of their perspectives to gauge a situation or react differently from human beings.

It is important to understand animal nature and their behavioral traits or thought process to know why they behave in stubborn ways. If you liked this post, I would also recommend you to read – Animals That Are Quiet