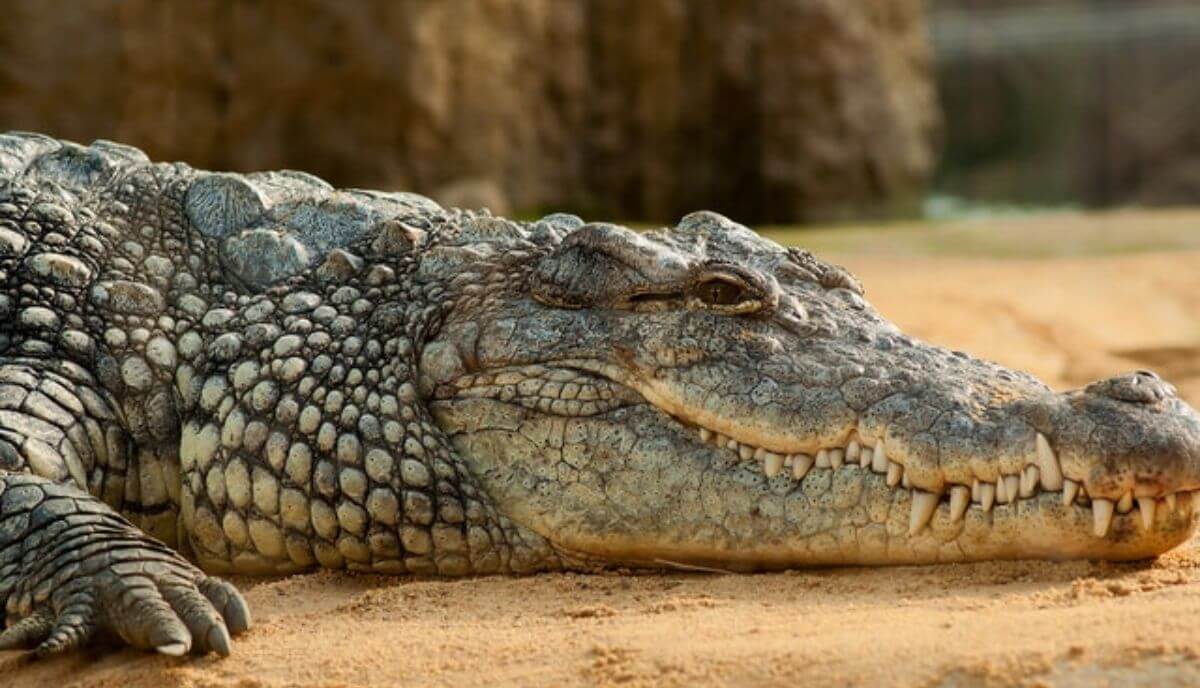 Many animals are fascinating to study and attract our attention with their appearance and strength. Still, some of the most appealing to examine are reptiles.

And if you are like me, you’ve probably wondered what the strongest reptile in the world is.

Don’t worry. I’ve got the answer for you.

However, these giant crocodilians are not the only reptiles with immense strength. So, if you want to learn about other powerful reptiles, make sure to read this article further.

Top 4 Strongest Reptiles in the World

Today, there are more than 1,000 reptile species worldwide, divided into 2,700 additional sub-species. Amongst these, the toughest and most powerful ones are listed below.

Also called the marine crocodile, the male saltwater crocodile is one giant creature. This powerful reptile is about 14 to 20 feet long and weighs up to 2,900 pounds. It’s easy to imagine how strong its attack on other animals and humans can be.

Being semi-aquatic animals, they can move pretty fast on the land, reaching speeds of 22 mph in short bursts. However, they rarely hunt out of their realm – the water.

In their natural habitat, saltwater crocodiles are the most skilled predators.

With a extremely powerful bite force of 3,700 PSI, these deadly reptiles can kill almost any organism with a single bite. They are ambush hunters and use camouflage to hide and stalk their prey before attacking it.

Being opportunistic and ferocious, saltwater crocodiles are also one of the most dangerous crocodile species, and they won’t hesitate to attack humans given the opportunity.

The black caiman is another strong reptile coming from the Crocodilia order. Growing 13.7 feet on average, these South American predators are recognized for their dark-colored skin.

By ruling the amazon river, black caimans sit at the very top of the South American food chain, along with anacondas and jaguars.

These carnivore predators prehave an extensive diet. They feed on birds, fish, and small mammals but also larger mammals such as wild boars, monkeys, and capybaras.

Not only one of the most excellent swimmers out there, but the black caiman is also incredibly smart. When attacking its prey, it does it strategically and rarely fails to deliver.

Even though the bite force of black caimans is unknown, one thing is sure, once they lock their jaws, it impossible to escape. However, this reptile is not as strong as the saltwater croc, primarily due to the size differences.

The adult male black caiman can weigh up to 1,320 pounds, and the female can reach a weight of approximately 700 pounds.

Komodo dragons are not only known for being one of the strongest reptiles in the world but, for many, some of the fearest as well. The male can reach 9 feet in length and usually weighs 190 pounds.

For the time being, the Komodo dragon is the largest living lizard on the planet. Moreover, it’s also one of the most deadliest hunters and the apex predator in its natural habitat.

What’s interesting about Komodo dragons is that they immobilize their prey with salivary toxins. Besides, they have very sharp teeth, which they use to grab and tear their prey apart.

The Komodo dragon has a bite of 600 pounds per square inch, and its jaw power should by no means be overlooked. It’s the same force that adult lions are capable of producing.

Luckily, this reptile doesn’t attack humans too often because it doesn’t see them as its prey. It only strikes when feeling threatened or perceiving an invader in its surroundings.

In other words, Komodo dragons are dangerous only when trying to survive. However, this doesn’t mean you shouldn’t fear them when visiting their natural habitat.

Belonging to the Eunectes genus family of boas, the green anaconda weighs over 500 pounds. It can reach up to 30 feet in length.

As a result, it is one of the world’s largest snakes and, at the same time, one of the most powerful reptile species.

You can easily recognize it because it has a dull olive-green color and features black spots on its skin. In addition, green anacondas have long and narrow heads. Some of them can feature orange stripes along their head and their neck.

Since their lifestyle is aquatic, they have eyes at the top of their head and not left and right like most arboreal and terrestrial snakes.

While slow on land, the green anaconda is an incredible speedy predator in the water. In fact, this is where it’s catching most of its prey.

The bite force of a green anaconda is 900 pounds per square inch; it has much greater jaw muscles than other snakes of a similar size. Besides, the green species can swallow prey that is half its body mass. This is because it has the most flexible jaws and can eat animals way larger than its own head.

Green anacondas hunt by coiling their muscular bodies around their victim until they literally squeeze the life out of it. After every breath a prey takes, an anaconda tightens its grip more, causing the victim to be deprived of oxygen, which leads to unconsciousness and eventually death.

In addition, green anacondas are one of the few snakes capable of eating humans. If you don’t want to be eaten by these gigantic deadly reptiles, don’t visit low-lying marshes and swamps.

And there you have it. These are the top 4 strongest reptiles in the world.

In summary, the saltwater crocodile wears a crown of being the most powerful reptile, thanks to its size and sheer strength.

While the Komodo dragon ends its prey’s life with a venomous bite, the green anaconda constricts it until it suffocates.

Each of these reptiles has its unique ways of killing, and most of them attack with incredible strength.

If you are not the type of person who likes taking risks, the best idea for you is not to venture into the natural habitats of the reptiles mentioned above, as you will most likely end up being their victim.

Thank you for reading. If you liked this article, I would recommend you another popular read: Strongest Animals in the Sea.