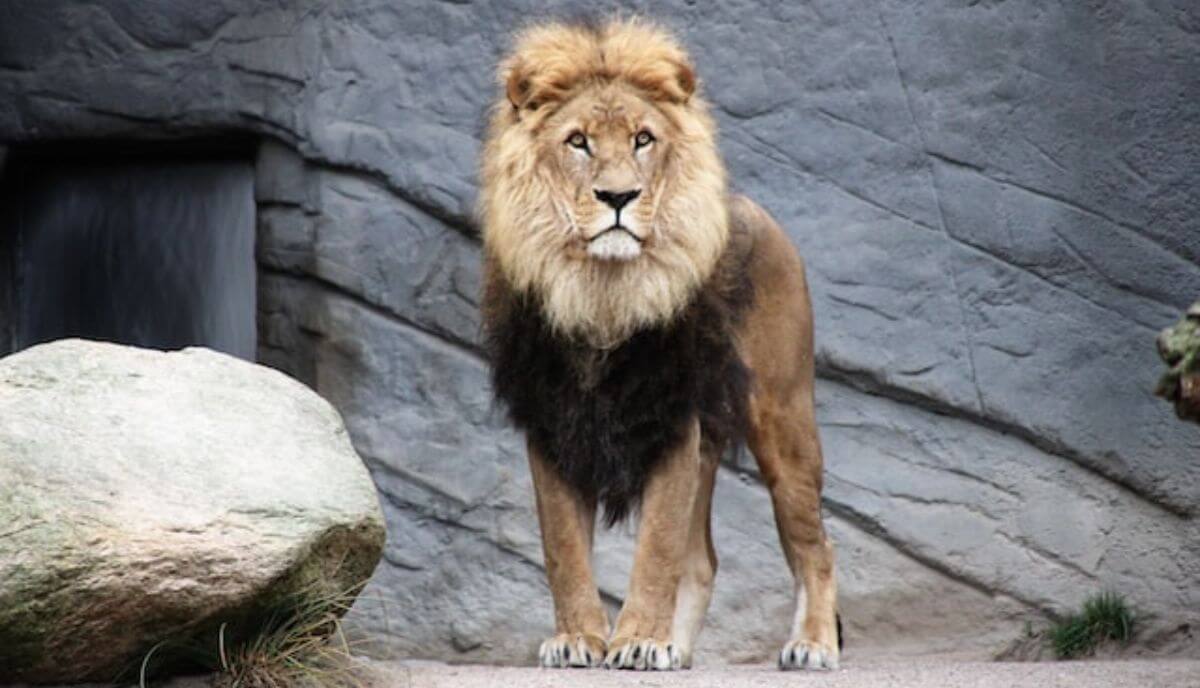 Commonly referred to as the “kings of the jungle,” lions are apex predators that reign over every environment in which they live.

But did you know that amongst lions, too, some subspecies are stronger than others? This can be attributed to a number of factors, including size, speed, physical strength, hunting strategies, and others.

And if you’re as curious as I am, you might wonder what the world’s strongest lion species is.

The Barbary lion, also known as the North African lion and the Atlas lion, was considered the strongest lion in the world. These lions were also one of the largest subspecies weighing up to 650 pounds. Moreover, Barbary lions also participated in the Roman gladiator battles!

Barbary Lion: The Strongest Lion in the World

The rest of this article will highlight several reasons that make these Panthera Leos the world’s strongest. We’ll also discuss their size, skills, physical abilities, and other interesting facts.

Until recently, Barbary lions were thought to be a distinct lion subspecies.

However, further genetic and morphological analyses showed that the Barbary lion didn’t differ much from the Asiatic lion but was more related to the lion in the northern and western Central African parts.

The powerful cat was either light or dark tawny. The males had a mane that varied in length and coloration.

In contrast to their sub-Saharan cousins, Atlas lions historically inhabited the mountains and deserts of northern Africa, from Egypt to Morocco.

Although extinct now, the Barbary lion was considered the strongest lion in the world.

It was believed that the strength of the Barbary lion equaled that of the Siberian tiger. While the tiger had a heavier build, the Barbary lion was said to have higher endurance as well as firmer bone strength.

According to researchers, these enormous lions have been documented to have the strongest jaws of any lion.

The bite force of Barbary lions was about 35% more powerful than that of modern lions, reaching maximum rates of roughly 1000 PSI.

Furthermore, the lions could reach a maximum speed of 50 mph thanks to their large muscles and strong tendons in their legs. They were also equipped with big paws in addition to muscular legs, which contributed to their impressive upper body strength.

Related: Strongest Owls in the World

Barbary lions were one of the biggest lion subspecies, measuring 7.9 feet to 9.2 feet for males and about 8.2 feet for females.

The average weight of wild males ranged from 600 to 650 pounds, while females weighed a maximum of 400 pounds.

Typically, Barbary lions preferred to live with their families or in pairs instead of prides. (source)

Like all lion species, Barbary lions were hyper carnivores. They preyed on different herbivore animals, including gazelles, red deer, and wild boar.

However, in case of food scarcity, they also hunted other livestock, such as horses, cows, and sheep.

This powerful cat used to live on the Barbary Coast and North African deserts and mountains in the areas of Morocco and Egypt.

Unfortunately, the Barbary lion became extinct because of human activities. The cats have been hunted as trophies, which heavily contributed to their extinction.

It is believed that the last remaining lions lived in the area of Algeria until 1960.

Some reports say it may still be feasible to get back this massive cat from extinction and reintroduce it into the wild since a few remaining lion subspecies in captivity still carry some Barbary lion genes.

But let’s see what the future holds.

Did you know that some of the royal families of Morocco and other North African nations kept Barbary lions as pets too? They were often offered to royal families instead of taxes, sometimes even as gifts.

Also, Barbary lions were so well-known for their strength that even Romans used them to battle gladiators.

In summary, the Barbary lion wears a crown of being the most powerful lion, thanks to its formidable size, muscular body, bite force, and strength in general.

However, while Barbary lions sit at the top of the world’s most powerful lion subspecies, it is clear that strength comes in many forms. There are certainly a few other lions known for tremendous strength, such as Cape lions, Transvaal lions, American lions, Katanga lions, and African lions, among others.

Hopefully, this article was informative and fun. For the very end, here’s a recommendation of a similar read: Strongest Tiger in the World.