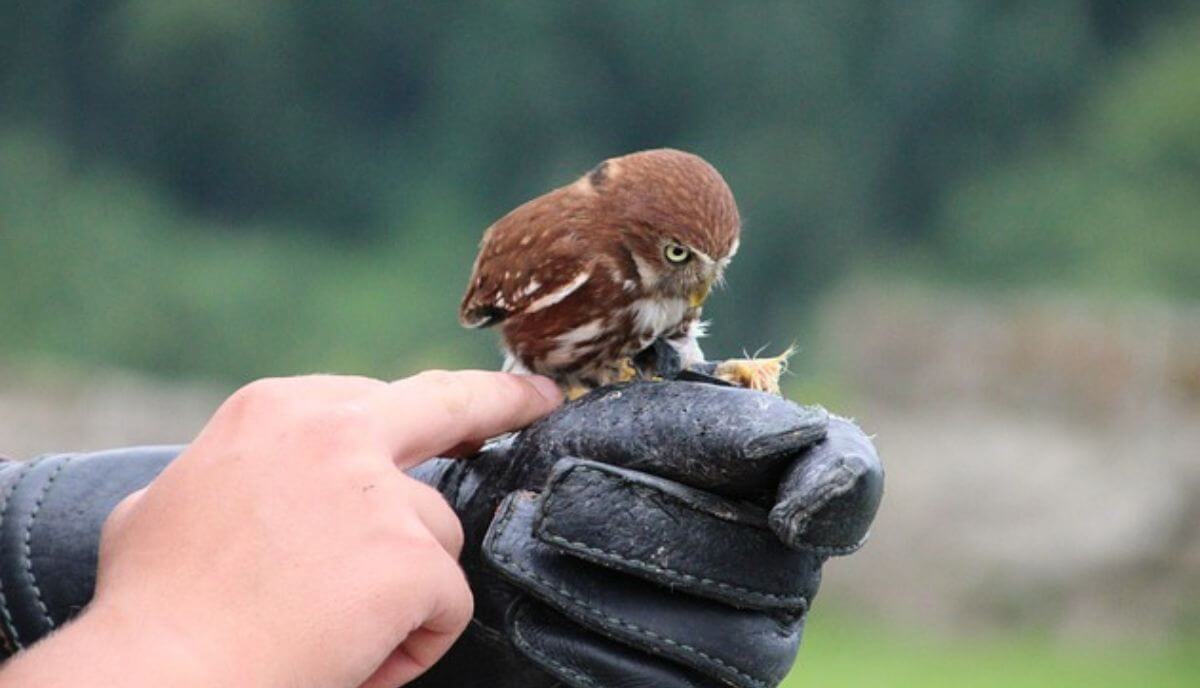 These birds of prey are found on every continent except Antarctica and come in various species; hence, they differ in size. The largest owl is the Blakiston fish owl, with a wingspan of 6 feet!

But if you want to learn which owl species are the smallest – you are in the right place!

The Elf owl is a nocturnal bird of prey and the smallest owl species on the planet. With a maximum length of 5.6 inches, the Elf owl is so tiny that it can fit comfortably into the palm of an adult’s hand!

Let’s take a closer look at the attributes of the Elf owl and other small owl species worldwide.

Smallest Owl Species in the World

There are more than 200 owl species on the planet, divided into two families – Strigidae and Tytonidae.

Amongst these, the smallest ones are listed below:

This owl’s name comes from its miniature size. It is a reference to the fictional creature that has a relatively similar stature. The elf owls are little birds weighing 1.4 oz and wingspan of just over 10 inches.

Elf owls have a multicolored plumage with black, brown, white, and grey feathers covering all of their body, including their face. In addition, they have yellow eyes and grey bills.

Unlike many other owls, these ones migrate in large numbers from location to location depending on the season, but they are mainly found in the Southwestern states of the USA, the Baja California Peninsula, and Central Mexico.

They occupy small holes in trees made by woodpeckers and would much rather flee than get into a fight.

Elf owls are insectivores but also feed on small reptiles and mammals occasionally. At the same time, they are preyed upon by much larger birds like hawks and jays.

The Long whiskered owlet is a tiny range restricted owl inhabiting part of the eastern Andreas of Northern Peru. Their name is coined from the long feathers surrounding their big reddish orange eyes and short grey beaks resembling a mammal’s whiskers.

With a weight of about 1.6 – 1.8 oz and a length of up to 6 inches, Long-whiskered owlets are among the smallest owls in the world.

The long whiskered owlet has a striking appearance with warm brown plumage covering their upper parts, white and grey feathers for their underbodies, and a back whose colors range from dark brown to black in addition to their “whiskers.”

The plumage of this endangered owl is intensely vermiculated, and the tip of their bills are usually pale.

Taking a closer look at this unique and rare bird, you’ll see they have white feathers above their eyes which form eyebrows of some sort, and pale pink feet with dark claws.

Like many other species of owls, these ones are active at dusk and after nightfall, occupying dense forests in the mountains.

The Tamaulipas Pygmy weighs about 1.9 oz and is slightly over 5.5 inches long.

They inhabit the mountains of the northeastern regions of Mexico; hence, they are a range-restricted pygmy owl species.

The different sexes of this species vary slightly in feather pattern and size, with the females being somewhat larger in size and weight than the males.

Related: What is a Female Owl Called?

The males have olive-brown and white feathers that cover their crown all the way to their back, including their nape.

The females, in contrast, have their nape, crown, and the rest of their upper parts covered in reddish brown plumage with white spots.

Both sexes of the species, however, have yellowish-grey horns and white “eyebrows” over their bright red eyes, brown tails with white stripes, white underbellies with reddish-brown streaks tarsi covered in feathers, and greyish yellow feet with black claws.

They are primarily insectivores and tend to favor subtropical forests. Unlike the other owls on this list, the Tamaulipas pygmy is surprisingly active during the day.

The Least Pygmy owl is a small owl species with rufous plumage. They are also known as the East Brazilian Pygmy owl and Sick’s pygmy owl.

These raptor birds average 1.9 oz in weight and 6 inches in length, with a wingspan of just over 5.5 inches.

Least Pigmy owls have a greyish brown facial disk, a yellowish green bill, yellow eyes, orange feet with black claws, and brownish-red plumage with white spots that cover most of their body except their underparts, where more white feathers can be seen.

Unlike the Tamaulipas pygmy owl, they have a wide range. They can be found in some parts of many South American countries like Paraguay, Peru, and Brazil.

In addition, they inhabit some of the bottommost North American countries, such as Guatemala, Costa Rica, and Honduras.

These tiny birds of prey favor moist tropical and subtropical evergreen forests and are listed as the least concern.

Just like the Tamaulipas Pygmy owl, the males and females of this species vary in size, with the males averaging 1.9 oz and the females up to 2.4 oz.

Found in Argentina, Bolivia, and Peru, the Yungas Pygmy owl is a relatively widespread bird native to South America. With an average length of only 6.3 inches, they are rightfully on our list of the smallest owl species in the world.

Their plumage comes in various colors, from the common reddish brown to the less widespread greyish brown.

Regardless of the primary color of their feathers, all Yungas Pygmy owls have white spotting throughout their bodies, greyish beaks, and a false eye pattern just above their nape on the back of their heads.

Their tail feathers and the plumage on their wings have dark brown stripes across them, and their underparts have a considerable number of white feathers compared to the rest of their bodies.

The Yungas Pygmy’s diet is based on insects, small birds, and reptiles.

The Subtropical Pygmy owl is a rare species found in several south American countries such as Ecuador, Bolivia, and Peru.

These tiny owls can grow up to 5.7 inches in length, and the average male of the species weighs a little over 2 oz.

Subtropical Pygmy owls have a white facial disk, greenish-yellow beaks, and somewhat large yellow feet. They are usually spotted with white stripes on their wings and tail feathers.

The color of their plumage is primarily greyish brown, but there’s also a reddish-brown feathered variation of the species.

The underpart of the subtropical pygmy owl is predominantly white with streaks of greyish brown feathers. At the same time, they bear a false eye pattern at the back of their heads.

The subtropical owls inhabit the humid montane forest and are active during both the day and night.

The IUCN recently accessed this bird and listed the subtropical pygmy owl as the least concern.

As their name implies, the Ferruginous Pygmy owl is a small owl whose plumage varies from greyish brown to reddish brown. They measure about 6.5 inches in length, and the males average 2.2 oz while the females average 2.7 oz.

The fine white streaks on their crowns and larger ones of their primary color that cut across the white feathers in their underbellies are some of the most notable features of the ferruginous pygmy owls.

Like other Pygmy owls, they have a pair of black patches lined with white feathers that form their false eyes at the back of their heads and nest in cavities.

The Ferruginous Pygmy owls are lowland birds and are one of the most widely distributed Pygmy owls as they can be found on the South American continent as well as several Central American countries.

This species is known to hunt by day, and its diet is made up of mostly insects as well as smaller vertebrates.

Owls are remarkable birds that vary in color, habitat, and, most significantly, size. The smallest owls are elf owls, but there are many more that are nearly just as small and fall into the category, like the collard owlet and even smaller ones like the long-whiskered and other pigmy owls!

And there you have it. With this, we conclude our article on the smallest owl species worldwide.

Thank you for sticking until the end. If you liked this article, here’s another recommendation: How Smart Are Owls?