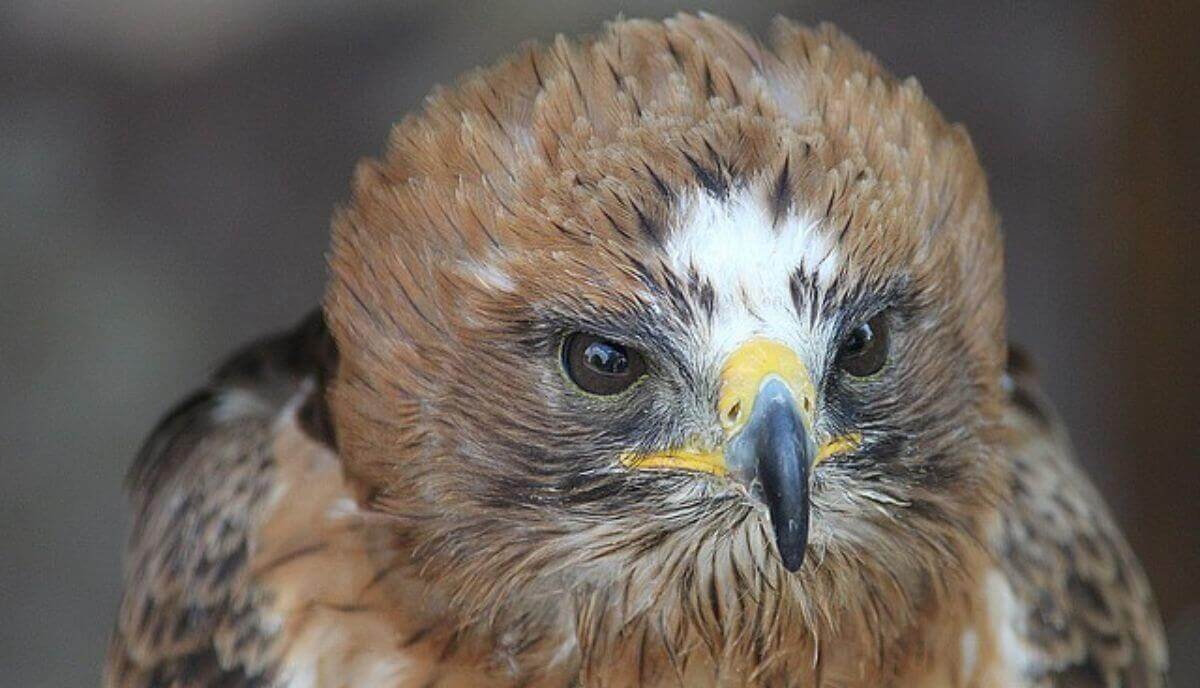 Although eagles are considered large birds, they actually range in size depending on the species. Many of them are smaller than you think.

You probably know that harpy eagles are the largest, but have you wondered which are the smallest eagles?

The smallest eagle species in the world is about the size of a house crow and is called the South Nicobar Serpent eagle. These peculiar and tiny eagles weigh only 1 pound and can grow up to 17 inches, with a maximum wingspan of 37 inches.

In the rest of this article, we’ll explore some of the main features of this unique bird as well as the other small eagle species around the globe.

There are more than 60 different eagle species, and they may be found virtually anywhere (except for Antarctica).

The following list highlights the five smallest eagle species on the planet:

As mentioned, Nicobar serpent eagles are the smallest known eagle species, weighing a pound and averaging 16 inches in length.

They have distinctive plumage, with their brownish-black bushy crest, dark brown back and wings, a tan breast, and greyish-white underbellies with a few tan streaks.

Their gray faces have a yellow mask that cuts across their eyes and covers part of their beaks, while their beaks have a black hooked tip.

If you look closely at this bird, you’ll notice it has some white stripes on its tail feathers.

These tiny eagles have a similar appearance to the crested serpent eagles. The latter, in contrast, have most of their bodies covered in brown feathers and were even once classified as a subspecies of them.

Nicobar serpent eagles are endemic to the primary forests of the Nicobar Archipelago. They tend to prefer the canopies of these forests.

Unfortunately, they are classified as near threatened, with habitat loss being the leading cause of their declination.

Related: Fastest Eagles in the World

The pygmy eagle is another small eagle found in subtropical and tropical lowlands as well as montane forests. These eagles are also known as the New Guinea pygmy hawk-eagles as they are native to New Guinea.

Pygmy eagles were once considered the smallest eagle species, measuring 15–19 inches in length and 44–50 inches in wingspan.

The primary color of their plumage comes in two morphs, with one being lighter than the other. Most of their bodies are covered in brown feathers for both morphs, except for their underparts (primarily white feathers with brown streaks).

The New Guinea pygmy hawk has a stocky body, a short, hooked beak, striped underwings, and a tail feather pattern that can be seen during flight.

Pygmy eagles share many similarities with some of the other small eagle species we’ll cover in this article.

There is also variation in the weight of the sexes of this species, with the females weighing nearly 1.25 pounds and the males about 0.95.

Like many other eagles, the pygmy eagles are carnivores, feeding primarily on smaller bird species and other vertebrates.

The booted eagle is a species whose tarsi are covered in feathers, thus the “booted” identity.

Booted eagles can reach a wingspan of up to 3.9 feet and are typically 19 to 21 inches long. Females weigh more than males, averaging 2.1 pounds.

In the dark morph, the primary color of their plumage is dark brown. Tan feathers with dark brown streaks cover their crown down to their nape.

Sometimes, their tarsi are covered in pale brown feathers, contrasting the rest of their blackish-brown bodies. They are also quite similar to black kites and are less common than their lighter counterparts.

In the lighter morphs, their underparts are covered with white feathers.

If you happen to see these eagles, you’ll notice their flight feathers are dark brown with a few white streaks on them during the flight.

The head and the rest of their bodies are covered in white plumage with rufous-brown streaks and light brown feathers.

Both morphs have yellow feet and bills whose color shows gradation from the yellow cere to grey to the black tip.

The booted eagles are migratory and prey on medium-sized birds like jays and pigeons, as well as other vertebrates and even insects at times.

As for their habitats, these tiny eagles tend to favor open lands and mountainous forests.

Ayres’ hawk eagles are stocky birds of prey found in many countries south of the Saharan Desert in Africa, making them a relatively widespread eagle species.

Ayres’ hawk eagles have an average length of 18–22 inches and a wingspan of up to nearly five feet. Just like other birds of prey, the females of this species weigh slightly more than the males.

These raptor birds have a unique feather pattern, with primarily white and brownish-black feathers.

Their slightly ruffled crests, upper bodies, and underparts are usually covered in light plumage with thick streaks of brownish-black feathers. At the same time, their white and tan underwings are striped with brown bars.

Hawk eagles are monogamous and migratory species that thrive in woodlands, shrublands, savannas, and forests.

The Ayres’ hawk eagle is closely related to the pygmy, the booted eagle, and the little eagle below.

As for their diet, these small eagles also favor feeding on birds. They may occasionally hunt tree-dwelling bats and rodents.

Native to Australia, little eagles (as their name suggests) are tiny eagle species with an average length of 17–22 inches and a maximum weight of nearly two pounds (1.8 lbs. to be precise).

Female little eagles have also been found to weigh almost twice as much as male eagles.

Similar to the booted eagles, little eagles occur in two body forms, namely the light and dark forms, with the lighter ones being more abundant.

Their underparts, upper bodies, as well as underwings are covered in white feathers with rufous-brown streaks, while the rest of their bodies have a dark brown plumage.

The darker form of this bird is identical, except their bodies are covered in primarily rufous brown and dark brown feathers with white or black streaks instead.

Both forms have feathered tarsi and pale feet with black talons.

Little eagles are relatively widespread birds, occurring in most of Australia’s mainland, avoiding the dense forests and preferring woodlands and open forests.

Unfortunately, little eagles are a vulnerable species, the main cause of their decline in the population being the increase in human settlements, which destroy their habitat.

Little eagles are not picky eaters; they’ll hunt all sorts of animals, from small mammals and reptiles to birds, fish, and carrion.

Eagles are remarkable raptors that vary in diet preference, color, habitat, and, most notably, size.

The world’s smallest eagles are great Nicobar serpent eagles. Still, a few other species that are nearly just as small fall into the category, including pygmy eagles, booted eagles, Ayres’ hawk eagles, and little eagles.

There you have it. With this, we conclude our eagle article.

Thank you for reading! If you enjoyed this read, I have another popular post for you: Smallest Turtle.