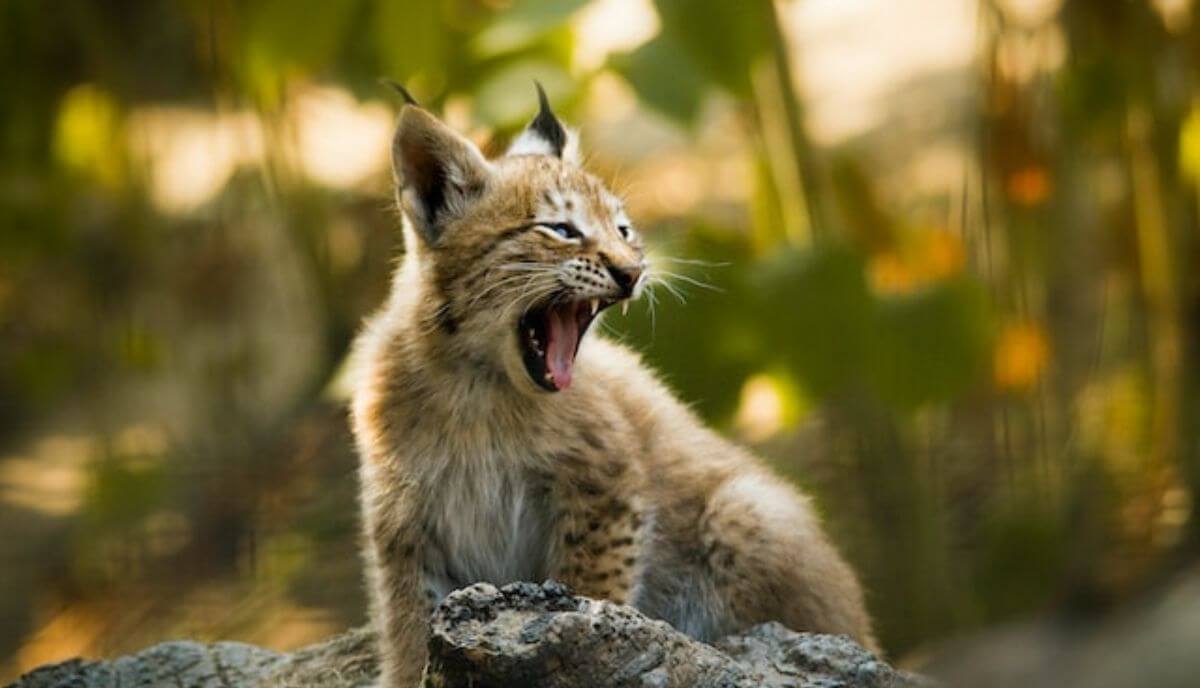 Have you ever thoughts of having a lynx as a pet? If so, you’re not alone! The lynx is a beautiful, mid-sized wild cat, and keeping one as a pet may seem like a cool idea.

However, answering the question of whether you can have a pet lynx depends on your location, meaning it’s essential to be familiar with all the legal details in your state before adopting the wild cat.

This article will explore the possibilities of owning a lynx and the considerations you should make before taking the plunge.

Can You Have a Pet Lynx?

Yes, a lynx can, in certain places, be kept as a pet, but that doesn’t necessarily mean it’s a wise idea. Lynxes aren’t as big as some feline species; however, having a wild cat in captivity comes with many risks, hence responsibilities.

Since lynxes are such magnificent animals, it’s no wonder why so many people would like to keep one as a pet. While that might sound cool, the reality is rather different.

First of all, lynxes aren’t the cuddly, fluffy creatures we’ve grown to love as domestic cats. They are solitary and territorial predators that evolved to roam the wilderness and kill other animals in order to survive.

In the wild, lynxes eat up to 6 pounds of flesh in one day. They require a lot of high-quality raw meat to remain healthy.

Also, having a wild cat in your home could be challenging and exhausting. You must invest a lot of time, money, and energy to keep your “pet” happy. Not to mention that lynxes can be highly destructive to your property.

Is it Legal to Own a Pet Lynx?

Some US states allow their citizens to keep wild cats, such as lynxes, with no strings attached, including Alabama, North Carolina, Wisconsin, and Nevada. On the other hand, some states may allow you to own a lynx as a pet with special permits.

In the states that require a permit or a license to keep exotic animals as pets, it’s important to note that not just anyone can apply and expect to get it.

To receive a permit, you would have to pass numerous inspections that prove that you are able to take care of the cat. These include home and vet inspections, which you’ll have to do annually to renew your license.

Here is a summary of each state’s laws regarding exotic cat ownership if you want to learn more.

However, this probably shouldn’t be a legal dilemma – but rather a moral one. Lynxes are listed as threatened species, and keeping them for personal pleasure should be out of the question.

Can Lynx be Domesticated?

In short, no, lynxes can’t be fully domesticated, at least not any time soon. Domestication takes a long time and requires generations of breeding. Although, it may be possible to tame a lynx if humans have raised it since birth.

Nonetheless, it’s difficult to say that a wild animal is ever really tame. Like other members of the family Felidae, lynx are predators and obligate carnivores.

In other words, they have the instinct to hunt and kill their prey, and this instinct makes them extremely risky roommates. Although they aren’t as large as tigers or lions, lynxes are dangerous and powerful enough to take down a human, especially women and children.

If a lynx decides to attack, it can leave the person mauled, disfigured, and severely injured. Luckily, there are no documented cases of a lynx attack with a fatal outcome.

The animal tends to prey on smaller mammals, such as birds, squirrels, and rabbits. But, they may attack humans if they feel threatened or scared, which is difficult to predict, making them dangerous companions.

Lynx are wild species, and they do not make good house pets. Here are the three main reasons why.

The first and most obvious reason lynxes make bad pets is that they can be dangerous. They are natural-born predators equipped with sharp teeth and claws.

Even with all the proper precautions, keeping one in your home can result in long-term injuries to you, your family, and everything that comes in contact with the wild cat. Even if they are playing, lynxes can accidentally hurt someone.

Moreover, while lynxes can bond with their owners, they are unlikely to be safe around strangers, children, or other animals.

The enclosure needs to be big enough to meet the animal’s natural demands, which include areas for climbing and hiding as well as a large open space for the animal to run around.

Not to mention that lynxes need the right temperatures and humidity levels because they are winter animals with special fur that keeps them warm in subfreezing conditions.

Such domestic settings are challenging to make but are a bare minimum to keep your pet lynx happy and healthy.

Keeping Lynx as a Pet is Unethical

Did you know that wild animals get stressed, confused, bored, and unhappy in captivity conditions?

Removing lynxes from their natural habitat can negatively affect their emotional and physical health.

Regardless of whether they were raised in captivity from birth, lynxes do poorly in captive conditions.

Even in the best home settings, wild animals can’t do activities they evolved to do, including hunting, roaming the wilderness, raising cubs, etc.

How Much Does a Lynx Cost?

However, keeping a lynx as a pet will cost you hundreds of thousands of dollars.

You would need money to pay for the permits, the large enclosure, as mentioned earlier, licenses, as well as experienced handlers and animal trainers.

Finding a vet specializing in large cats would also be extremely difficult.

On top of that, keeping a wild cat well-fed will be more expensive than you think.

A lynx eats up to 6 lbs of meat per day. Finding that much quality raw food will be difficult, so the price of keeping these creatures as pets will quickly increase.

Where Can You Buy a Pet Lynx?

Pet lynxes are unavailable in most places; still, they can be found through exotic pet dealers or private breeders. When buying a pet lynx, it is crucial to investigate a reputable breeder or dealer specializing in exotic animals.

Below are websites that sell exotic animals online, but keep in mind that I have never used these websites, so you will need to do further research if you decide to buy yourself a pet lynx.

To sum up, keeping a lynx as a pet is a dangerous and bad idea, and it is illegal in most places worldwide. Still, apart from legality issues, it would be cruel to the animal itself. Purchasing a lynx also requires a big commitment, as the animal needs specialized care and a large enclosure to maintain its well-being.

We recommend admiring these fascinating creatures from afar and leaving them in the wild – where they belong.

If you want an elegant and majestic predator that has no power to harm you or the people around you, get yourself a house cat.

Thank you for reading. Before you go, you might also want to check another popular pet article: Can you have a pet raven?